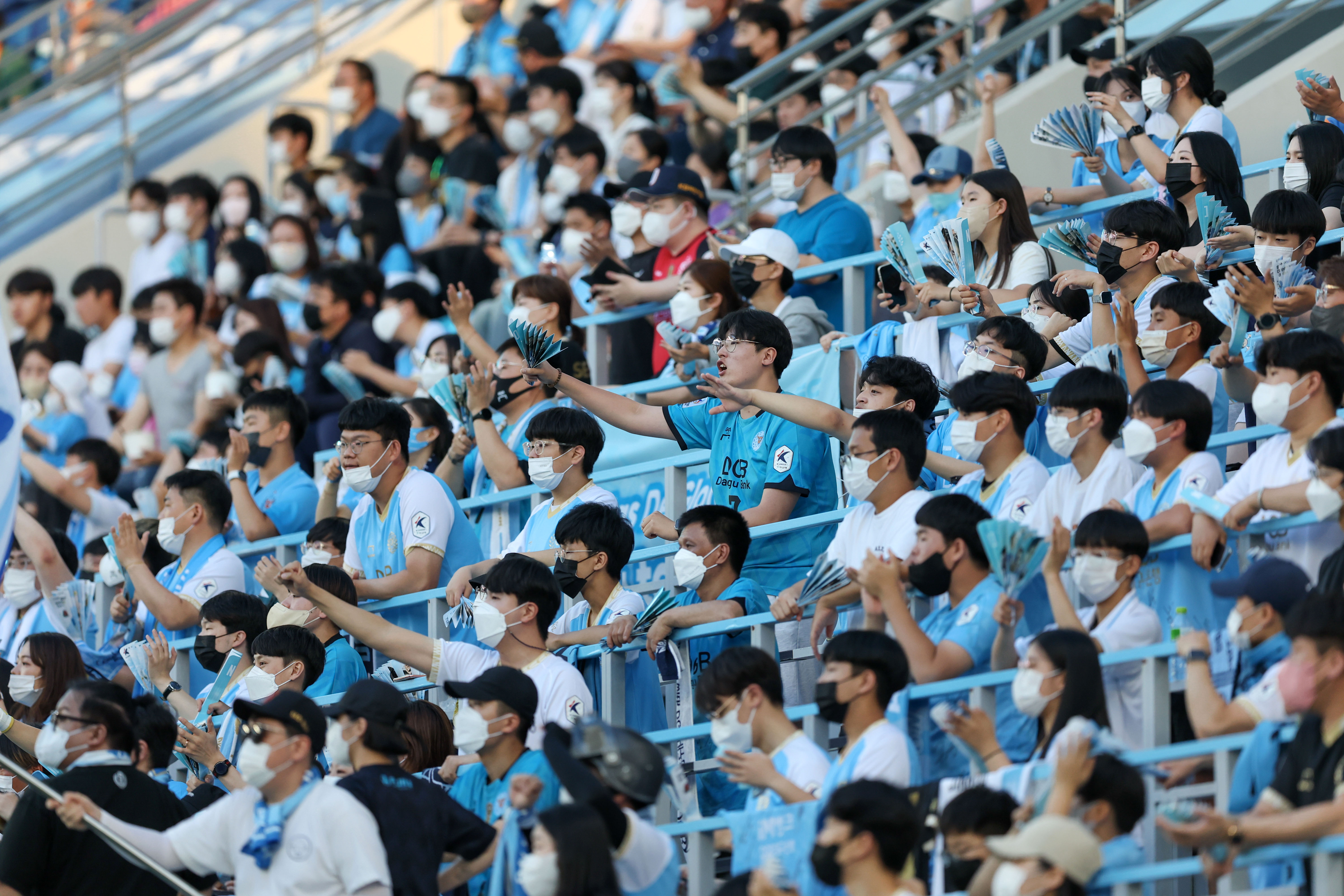 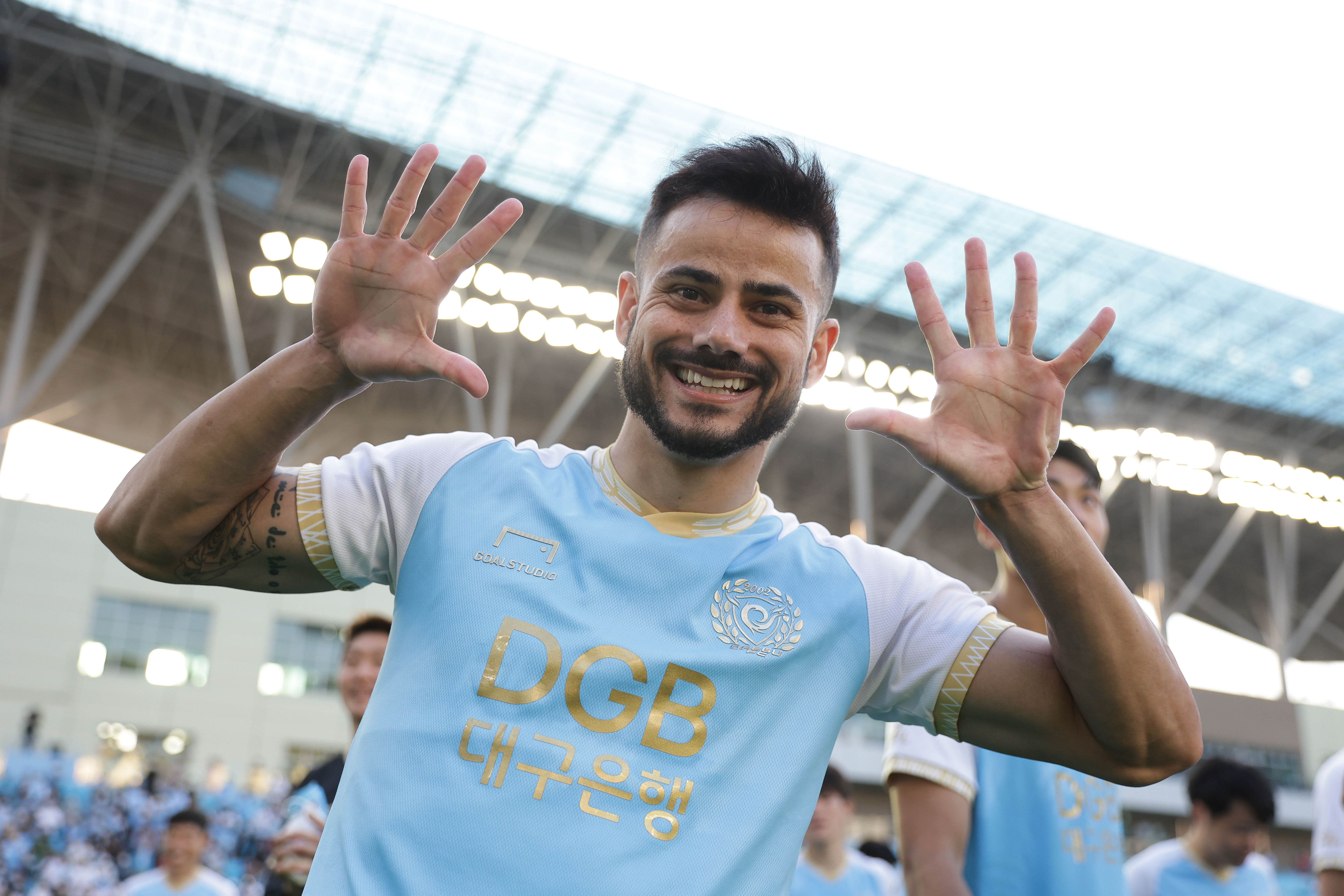 Daegu FC captain Cesinha has made history by claiming his fourth EA Sports K League Player of the Month trophy, the highest number of times the award has been claimed by an individual. The Brazilian forward has a May to remember, scoring three goals and making three assists. Cesinha's efforts saw Daegu go unbeaten for all seven of their matches last month, helping to make up for their start to the season and now has them at the fringes of the top-half heading into summer. 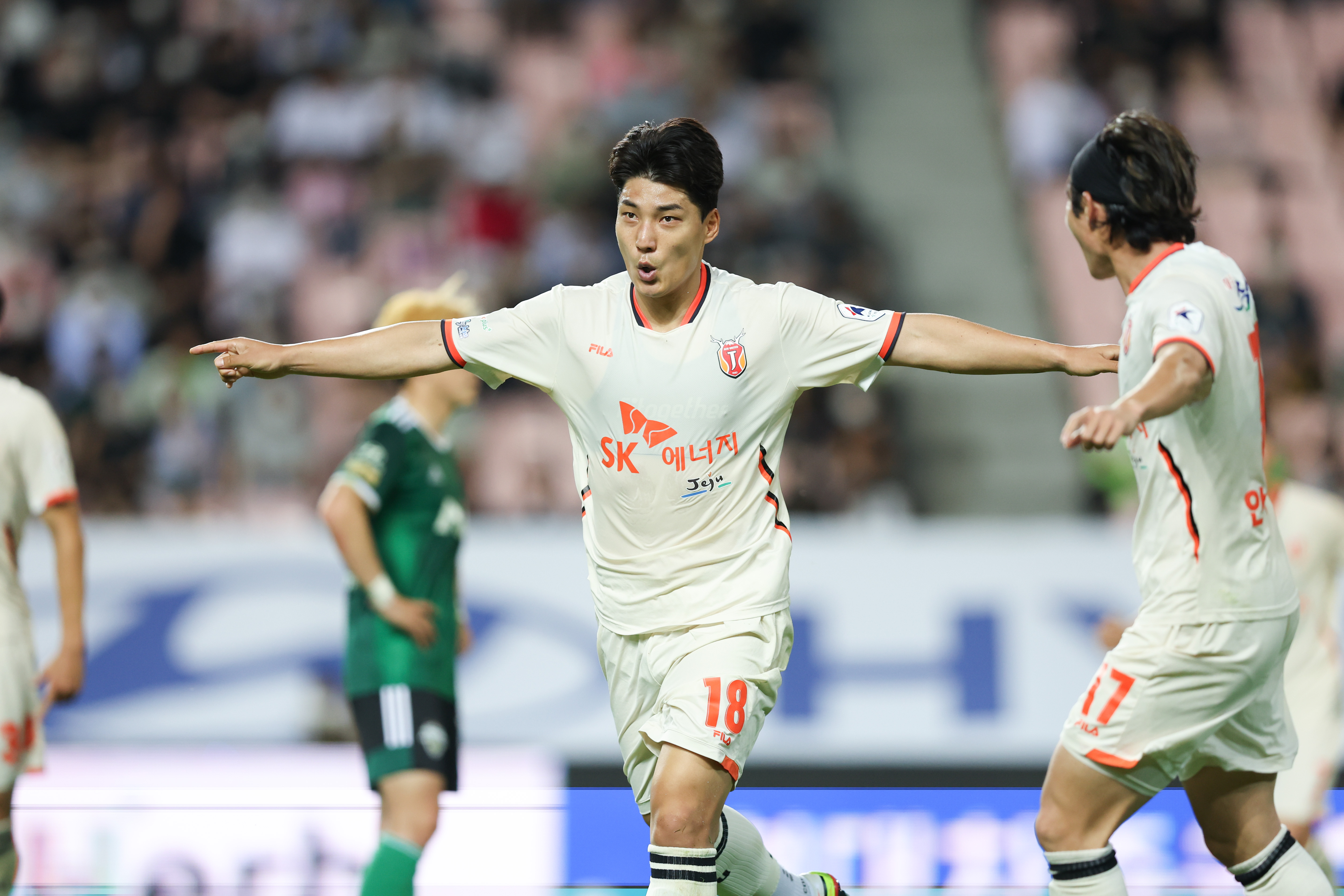 Last season's Golden Boot winner Joo Min-kyu showed his prowess in front of goal once more as he struck twice to help his Jeju United side defeat Jeonbuk and see them leapfrog them in the table into 2nd place. Joo's second strike against the Green Warriors was what earned the plaudits though, claiming the ball on the penalty spot, the striker initially moved away from goal to the edge of the area before turning and lashing a shot that clipped the post as it went in. Joo Min-kyu narrowly claimed the Gatorade G Moment Award with 52% of the 12,196 votes cast, beating Pohang Steelers Jeong Jae-hee. 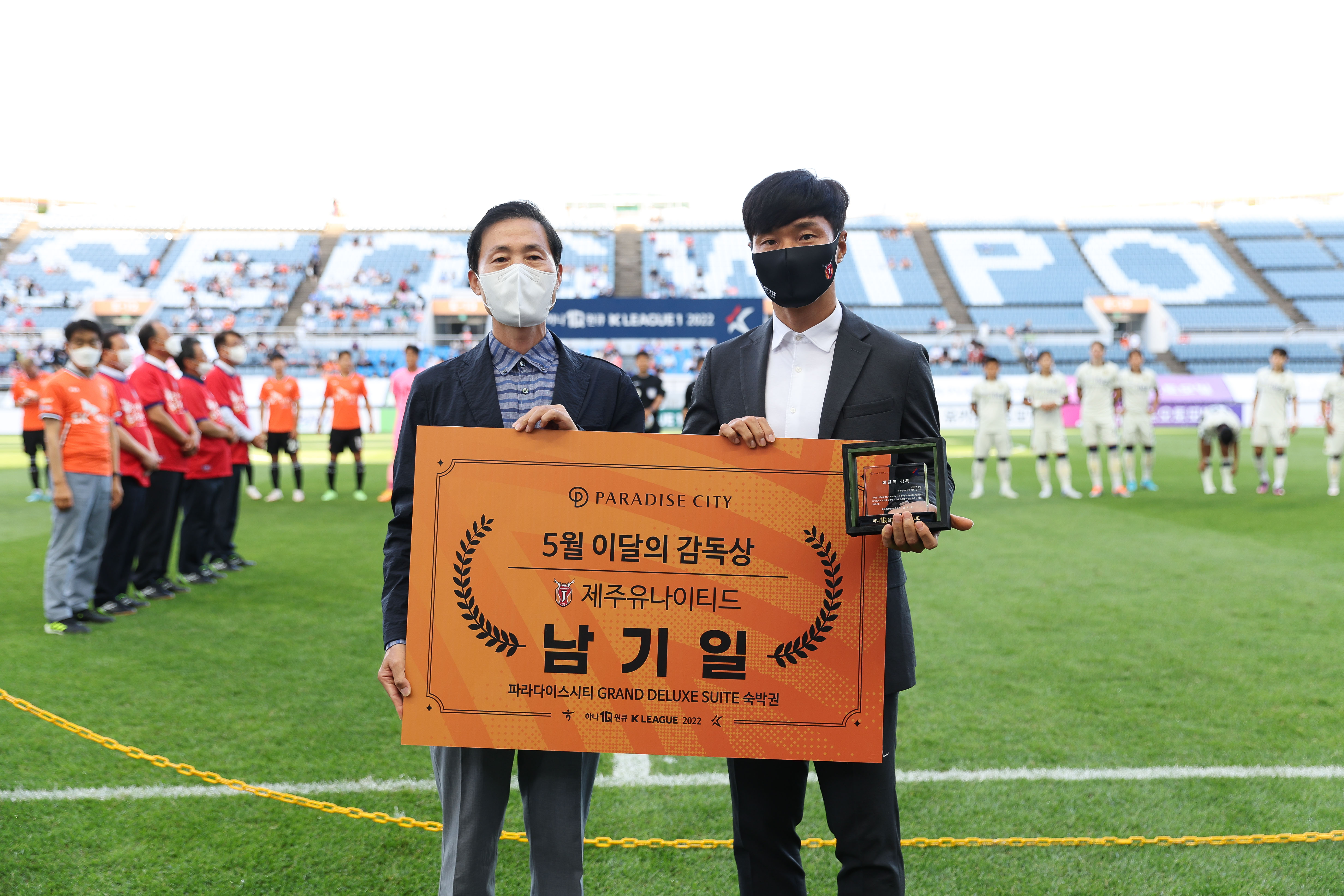 Having seen his side climb into second place in the league, Jeju United manager Nam Ki-il has been awarded the Paradise City Manager of the Month Award for May. Jeju started the month strongly with three consecutive wins before losing out to league leaders Ulsan in the dying minutes. However, Nam was able to steer his side back into title contention with a 2-0 away victory over reigning Champions Jeonbuk Hyundai Motors. 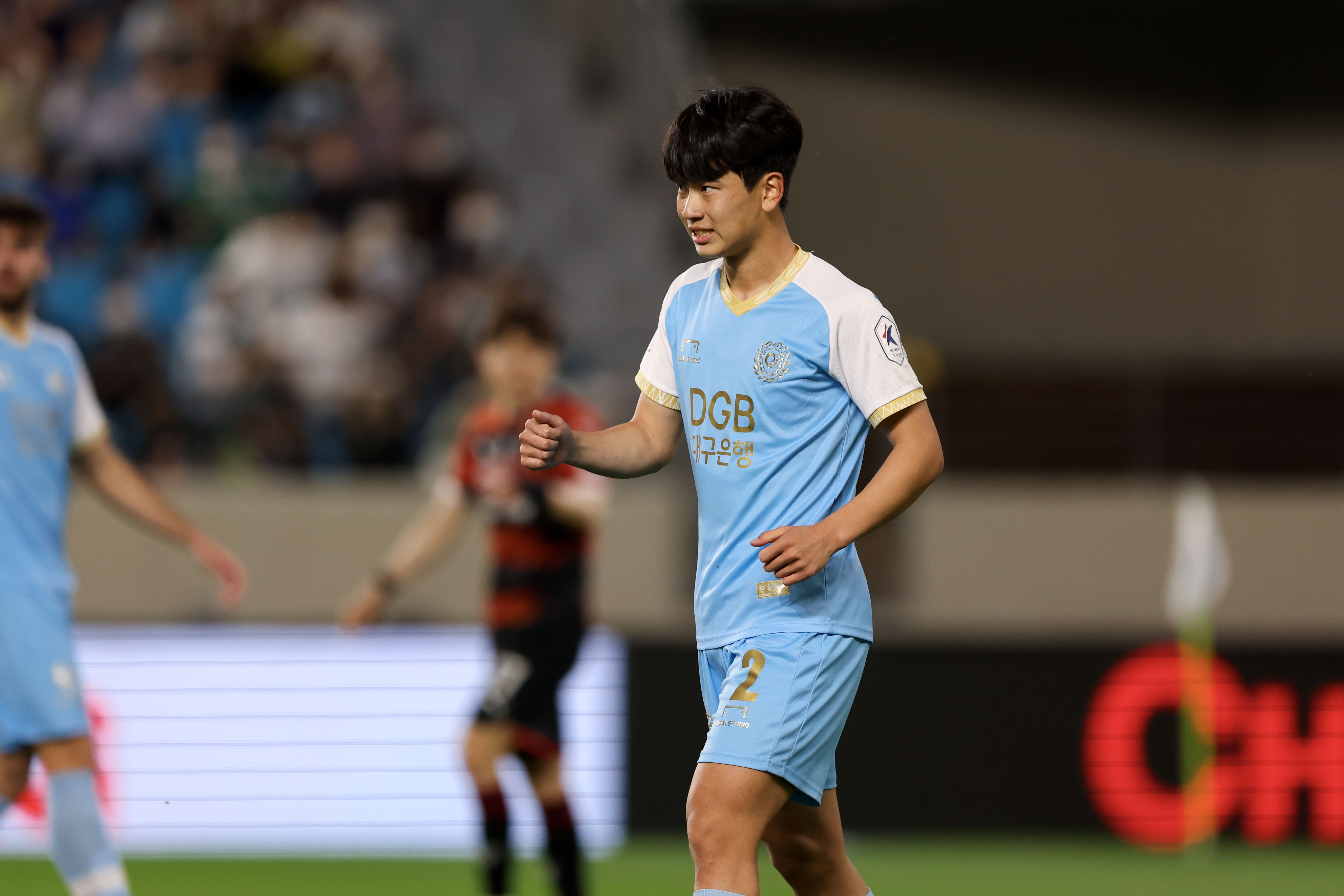 Daegu FC's 19-year-old defender Hwang Jae-won has been presented with the Lemona Young Player of the Month Award for May. While this season has only been Hwang's first in his professional career, the promising youngster has been a regular starter for the Sky Blues. May saw Hwang feature heavily throughout a seven-game unbeaten streak for Daegu, while also seeing him find his name on the scoresheet after his reactionary header helped his team claim a last-minute equaliser against Pohang on Children's Day. 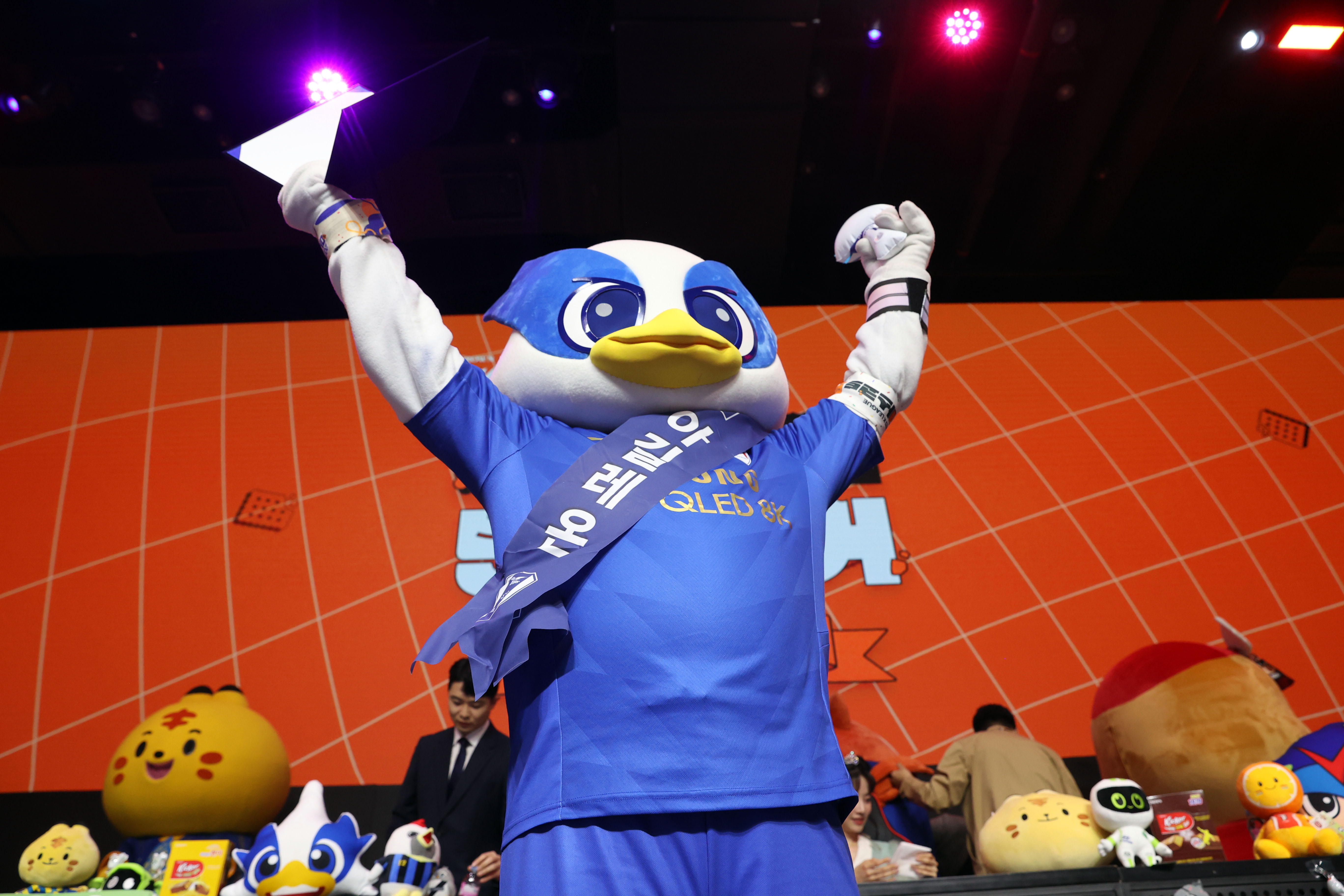 Suwon Samsung Bluewings mascot Aguileon has been voted by supporters as Mascot President for the third consecutive season, seeing off competition from Ulsan Hyundai's Mita and Pohang Steelers Soidori who finished second and third respectively. Aguileon claimed 36,505 of the fan votes, narrowly defeating Mita whose strong campaign was rewarded with 36,248 votes.
The K League Mascot President Election is an event in which K League supporters vote for the Mascot President who will represent the 23 K League mascots. This year's competition, which began in the first week of May, has been more heated than ever. The election highlighted the communication between fans and clubs, including active promotion of mascots, various SNS content, and giveaways. 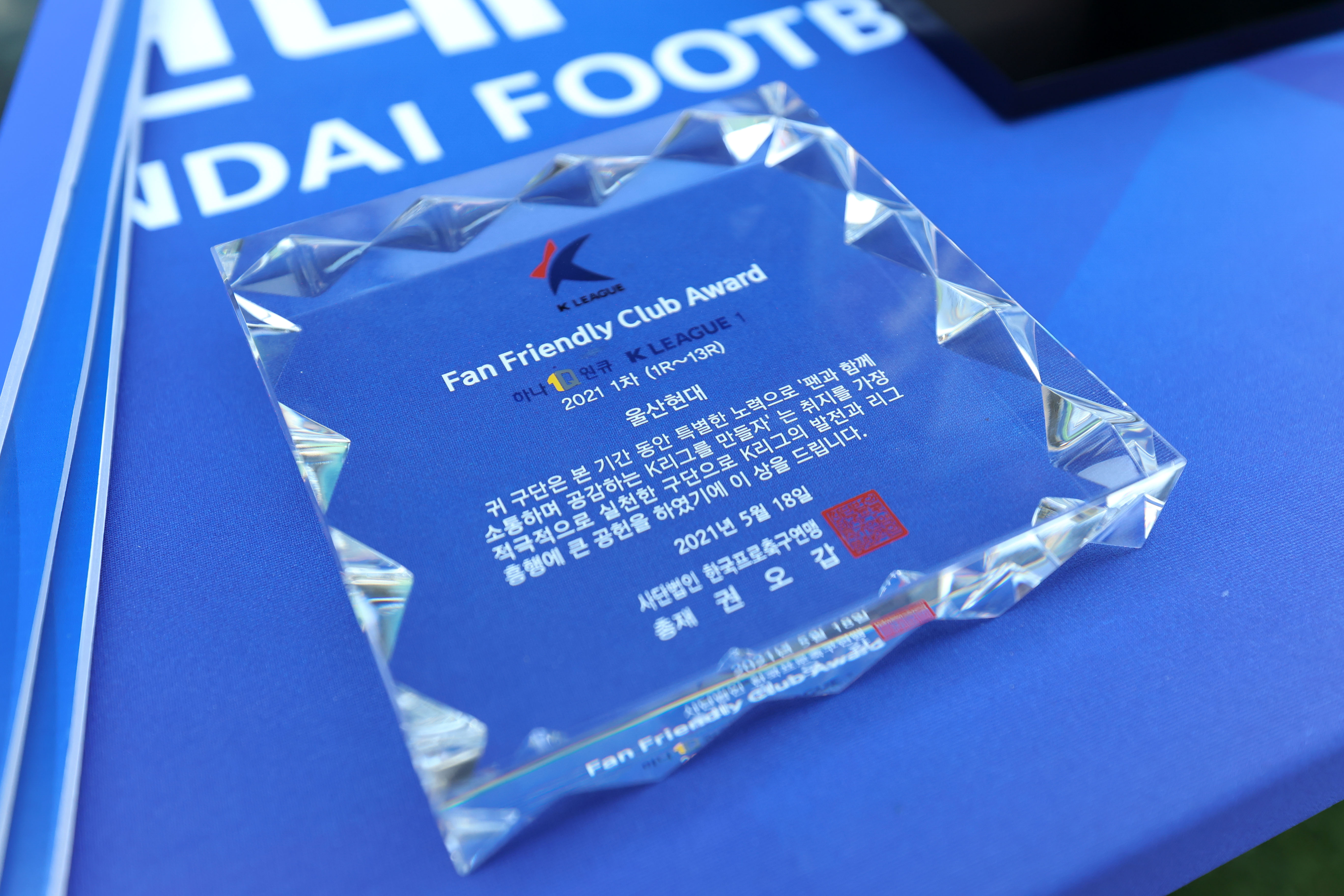 K League will look to introduce a fan vote for the Fan Friendly Club Award. Since 2013, K League has selected the club that has performed the most fan-friendly activities, awarding them the Fan Friendly Award.
Previously, the winning team was decided only by voting from the media, but fans' opinions will also be reflected in the final result this year. First, a review committee composed of external marketing experts evaluates the details of activities submitted by all clubs in the initial screening. It selects the top five clubs for both K League 1 and K League 2. The selected candidate clubs will then hold a media vote and a fan vote.  The club with the highest score will win the Fan Friendly Award, combining the evaluation score (40%) of the review committee, the media vote (40%), and the fan vote (20%).
K League introduced a fan vote to further promote the various marketing activities carried out by all K League clubs to supporters. K League hopes that the Fan Friendly Club Award will be a new place for communication between the club and fans.
다음 글 2022 Hana 1Q K League 1 Round 18 Preview
이전 글 2022 Hana 1Q K League 1 Round 17 Preview
K LEAGUE