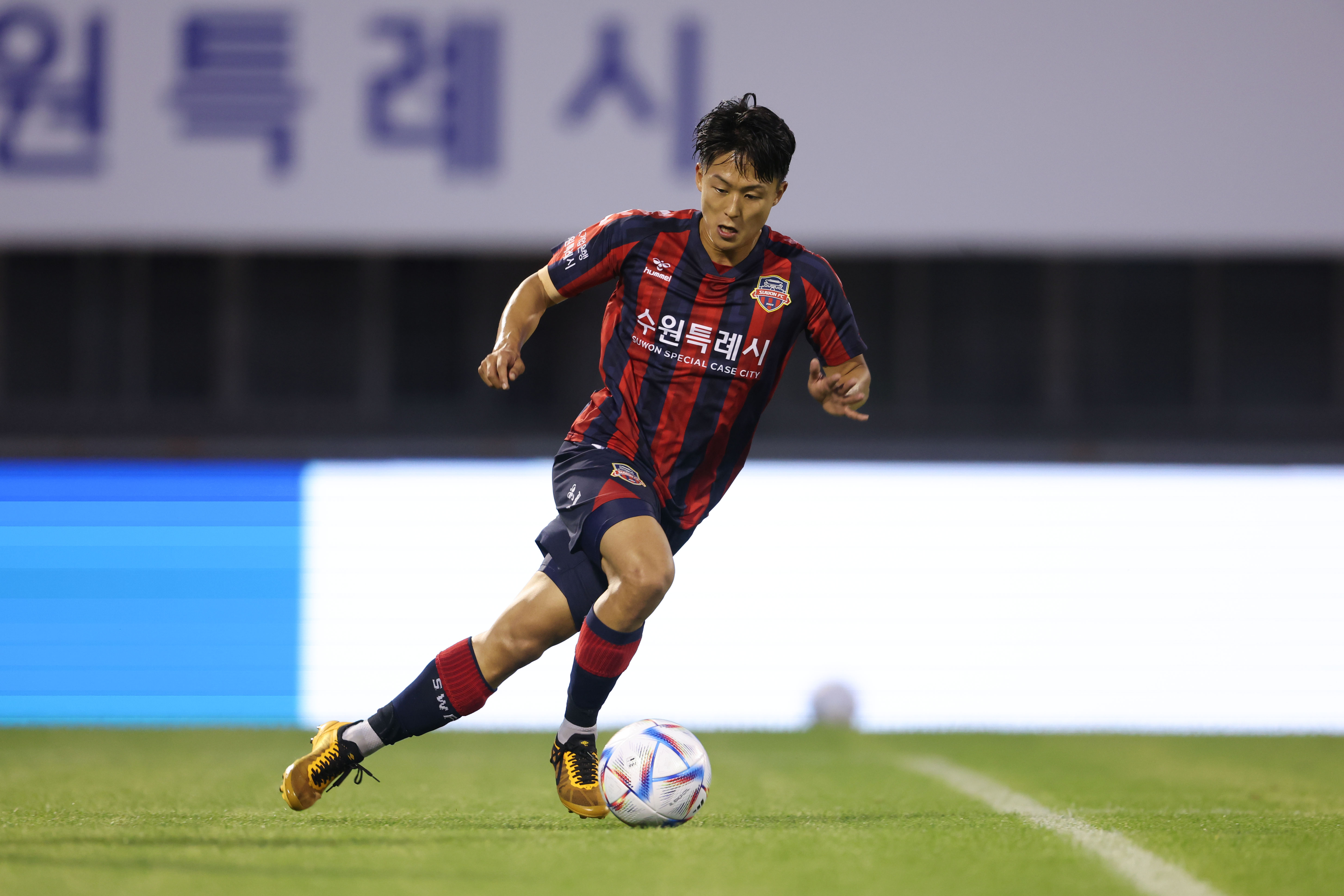 K League 1 reaches Round 18 this weekend with two derbies to look out for. Saturday evening sees both the Suwon Derby and the Gyeongin Derby play out while on Sunday it is top versus bottom as Ulsan Hyundai plays host to Seongnam FC. All six matches are previewed in this guide to the weekend action. 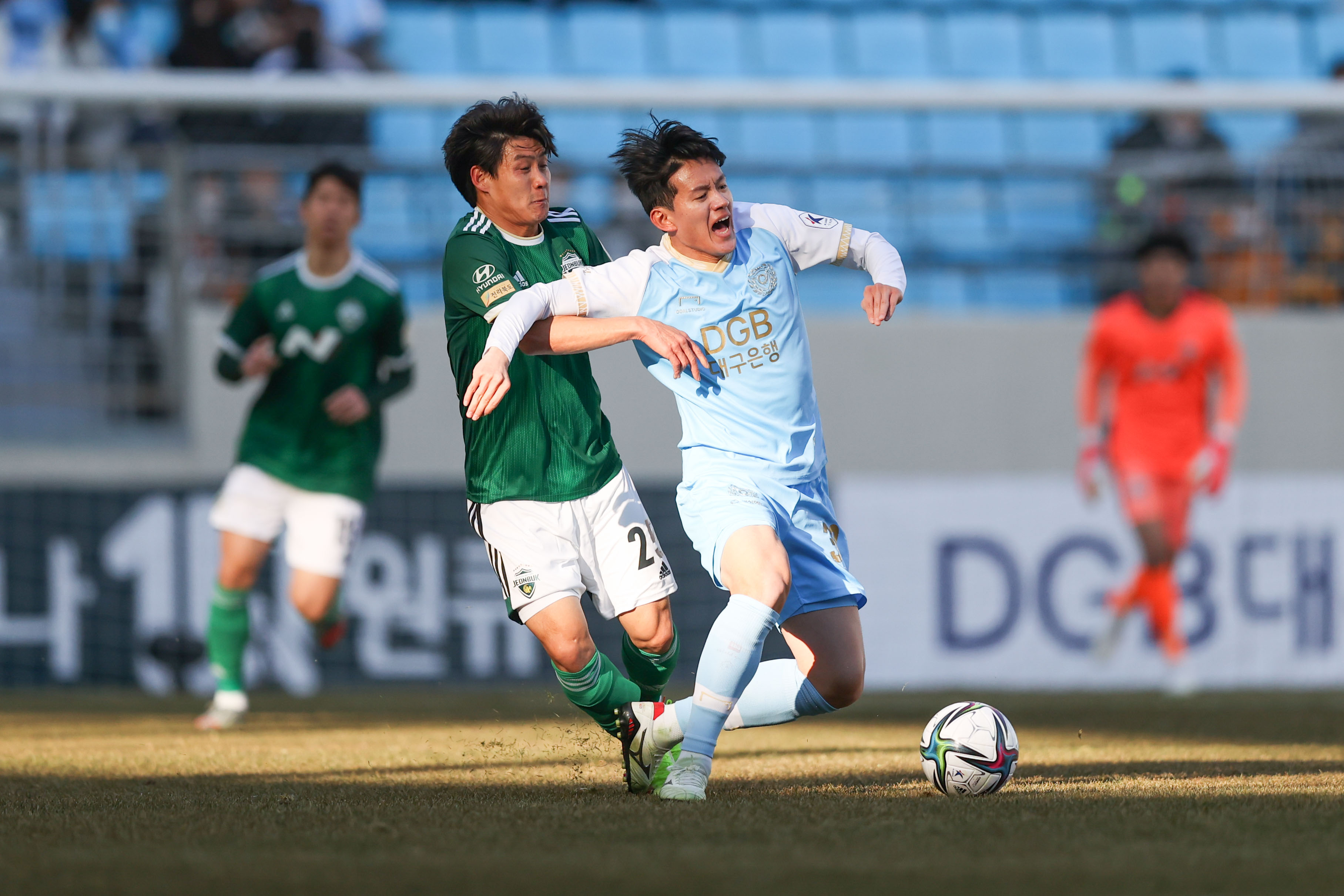 Jeonbuk Hyundai Motors enter the weekend's fixtures off the back of two consecutive wins which have seen them make up ground on league leaders Ulsan Hyundai, reducing the points gap from eleven to eight. Midweek saw the Green Warriors see off Suwon Samsung Bluewings thanks to goals from the Champions' defence. Captain Hong Jeong-ho opened the scoring shortly into the second half while right-back Kim Moon-hwan opened his account for the club with the winner after Suwon had forced an equaliser from the penalty spot.
Daegu FC also enter the weekend in form after a late winner midweek saw them claim all three points against Jeju United, extending their unbeaten run to 14 across all competitions. However, Daegu have historically found things difficult against Jeonbuk, having only claimed nine victories in 48 clashes against them to Jeonbuk's 29. These two sides last met in the season's second round, playing out a 1-1 draw with goals from Kim Bo-kyung and Go Jae-hyeon. 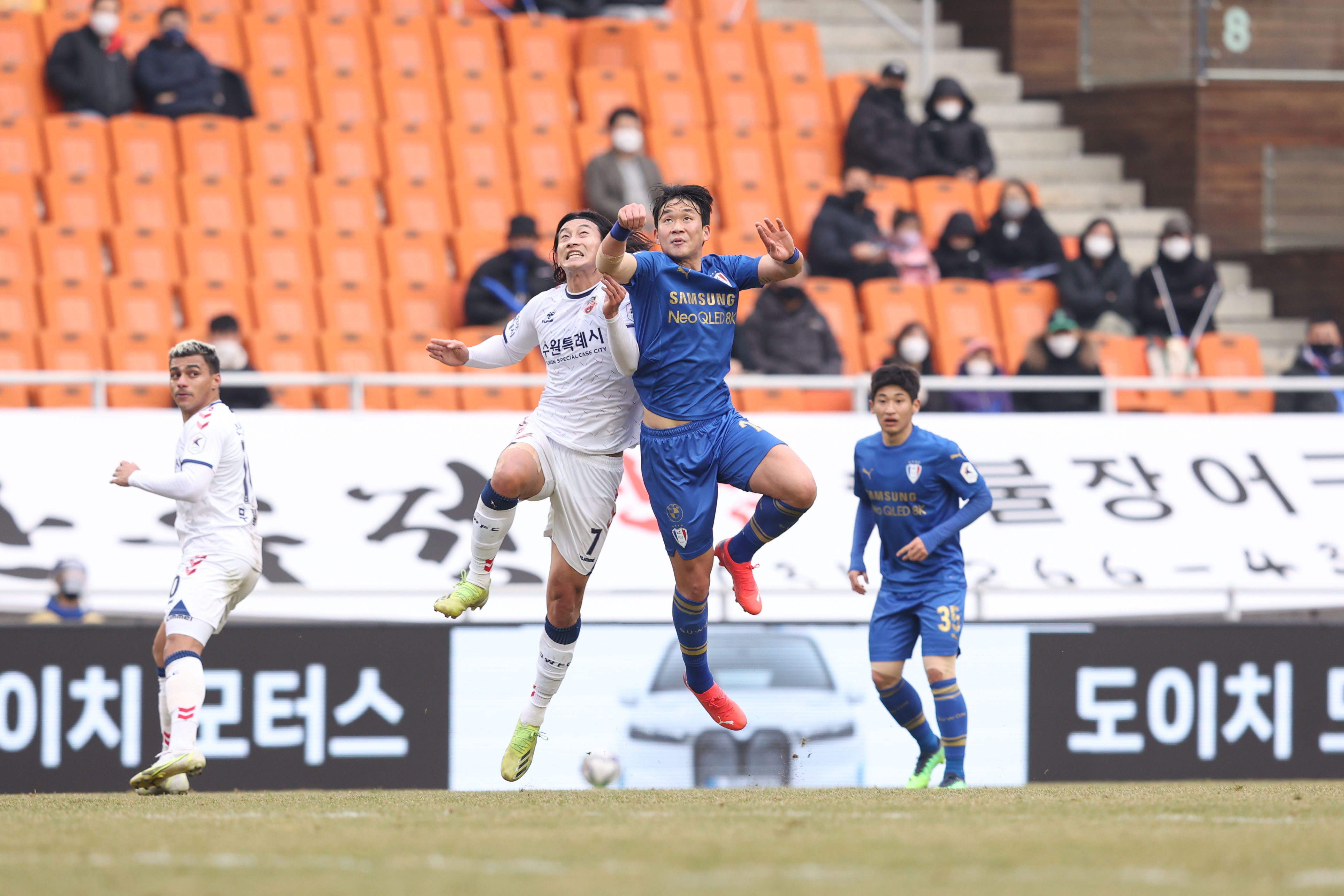 The second Suwon Derby of the season sees the Bluewings make the short trip to face neighbours Suwon FC. Both teams have found things difficult in contrast to last season, with both sides sitting in the lower half of the table on eighteen points and separated by goals scored. Suwon Samsung Bluewings will be hoping to return to winning ways after losing their last two and not tasting victory in their last four. Meanwhile, hosts Suwon FC head into this fixture off the back of two consecutive wins with winger Lee Seung-woo playing a considerable hand in both.
In the eleven matches played between the pair, the Bluewings hold the upper hand with six wins to Suwon FC's four, also claiming a 1-0 win earlier in the season courtesy of Park Hyung-jin's 22nd-minute strike. Suwon FC did fair much better though last season, winning three of the four fixtures and drawing the other. 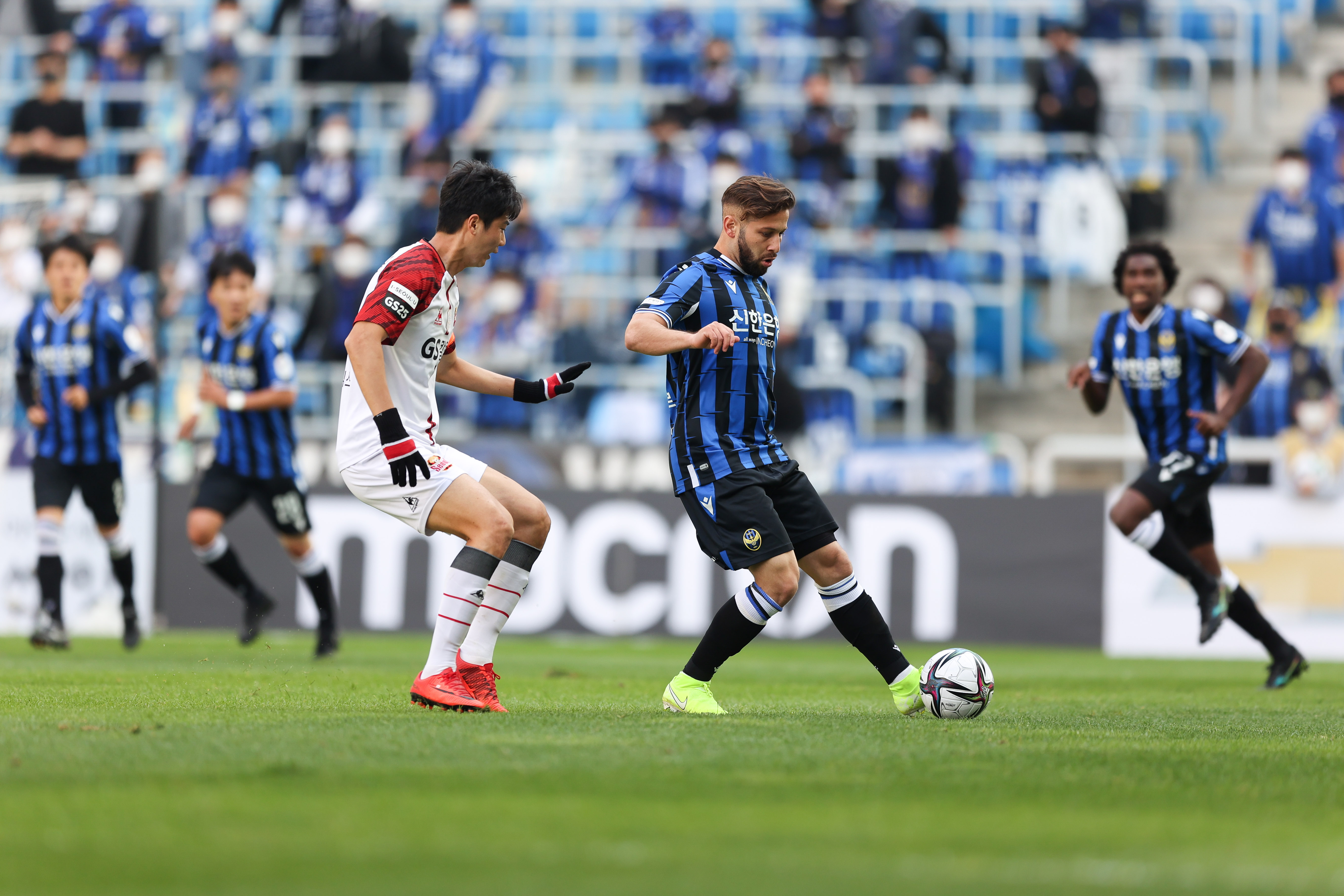 After seeing their 1-0 lead slip into late defeat against league leaders Ulsan Hyundai, FC Seoul will be hoping they can build on the positives from that match as they host the Gyeongin Derby against nearby Incheon United. Incheon, however, saw off Gangwon FC by four goals to one midweek as Stefan Mugoša claimed a hattrick to take himself up to fourteen and clear at the top of the scoring charts.
The two sides' previous encounter this season finished in a 1-1 draw courtesy of a Ki Sung-yeung own goal and a late Kim Jin-ya equaliser. While historically this fixture has favoured the capital club with 27 wins to 15 over 59 matches, Incheon have faired better in more recent meetings, winning four of the previous six encounters prior to 2022. Saturday will also coincidentally be almost two years to the day since FC Seoul last defeated Incheon on home turf. 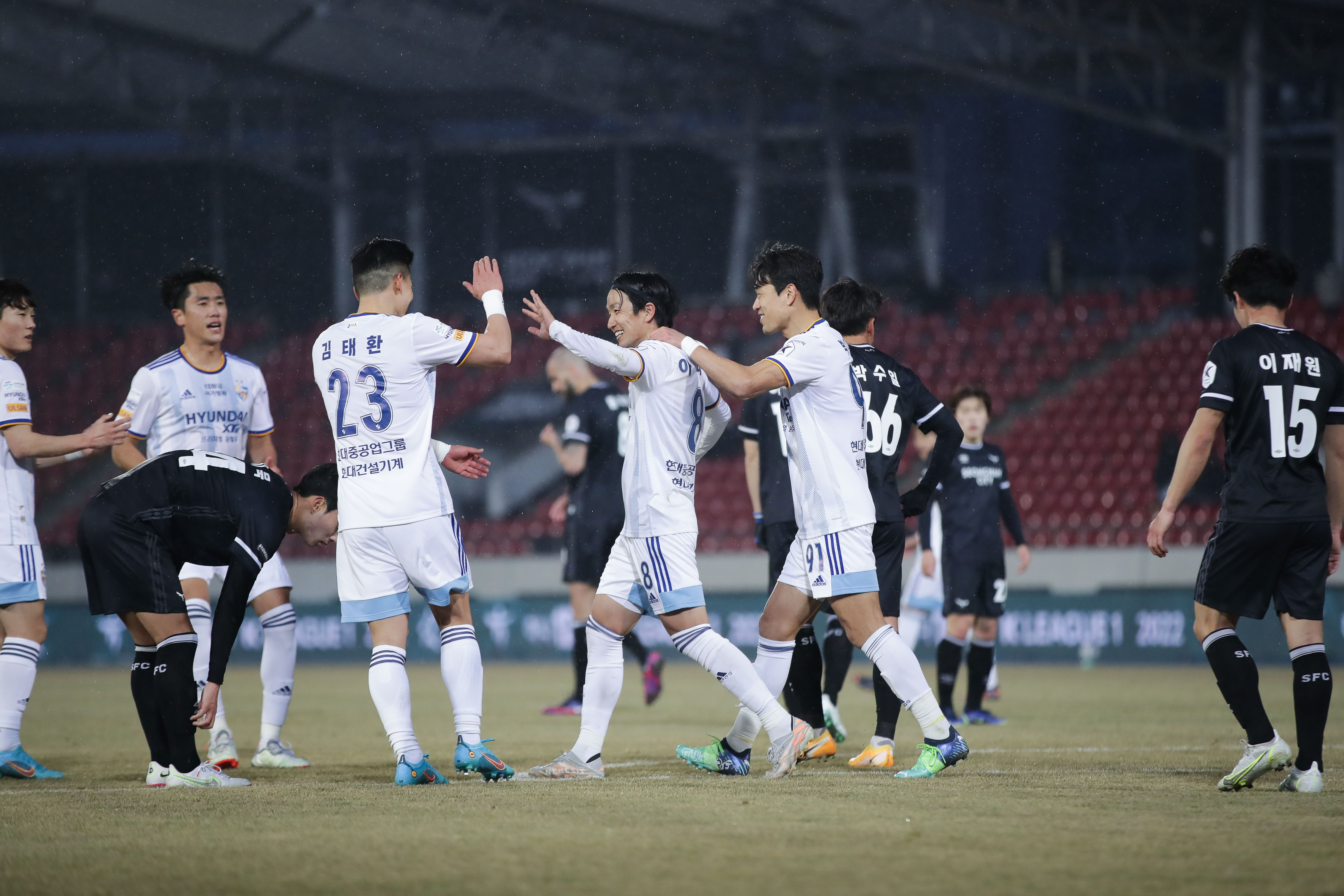 Having tasted defeat the weekend prior at the hands of title rivals Jeonbuk Hyundai Motors, Ulsan Hyundai were able to return to winning ways midweek but were made to dig deep to do so. Late second-half efforts from Vako Qazaishvilli and Eom Won-sang proved enough to turn around the deficit but Hong Myung-bo's men will be hoping for something more straightforward when Seongnam head to town. Eom's late winner was the winger's eighth since the start of the season and his second strike in since returning from international duty two rounds ago.
Seongnam, meanwhile, head into this match on the back of two draws as they look to pick themselves back up from the foot of the table. Fejsal Mulić return to scoring ways midweek, opening proceedings against Gimcheon Sangmu before the Magpies quickly found themselves level once more.
This match will be the 115th encounter between the pair across all competitions, with Ulsan leading the number of victories by 45 to 40. Ulsan's dominance has mostly surfaced in recent years as each side found themselves on differing trajectories. However, you need only go back to October last season to find the Magpies' last three points from this clash, winning 2-1. The previous fixture this season though resulted in a 2-0 win to the Horangi thanks to a brace from Jun Amano. 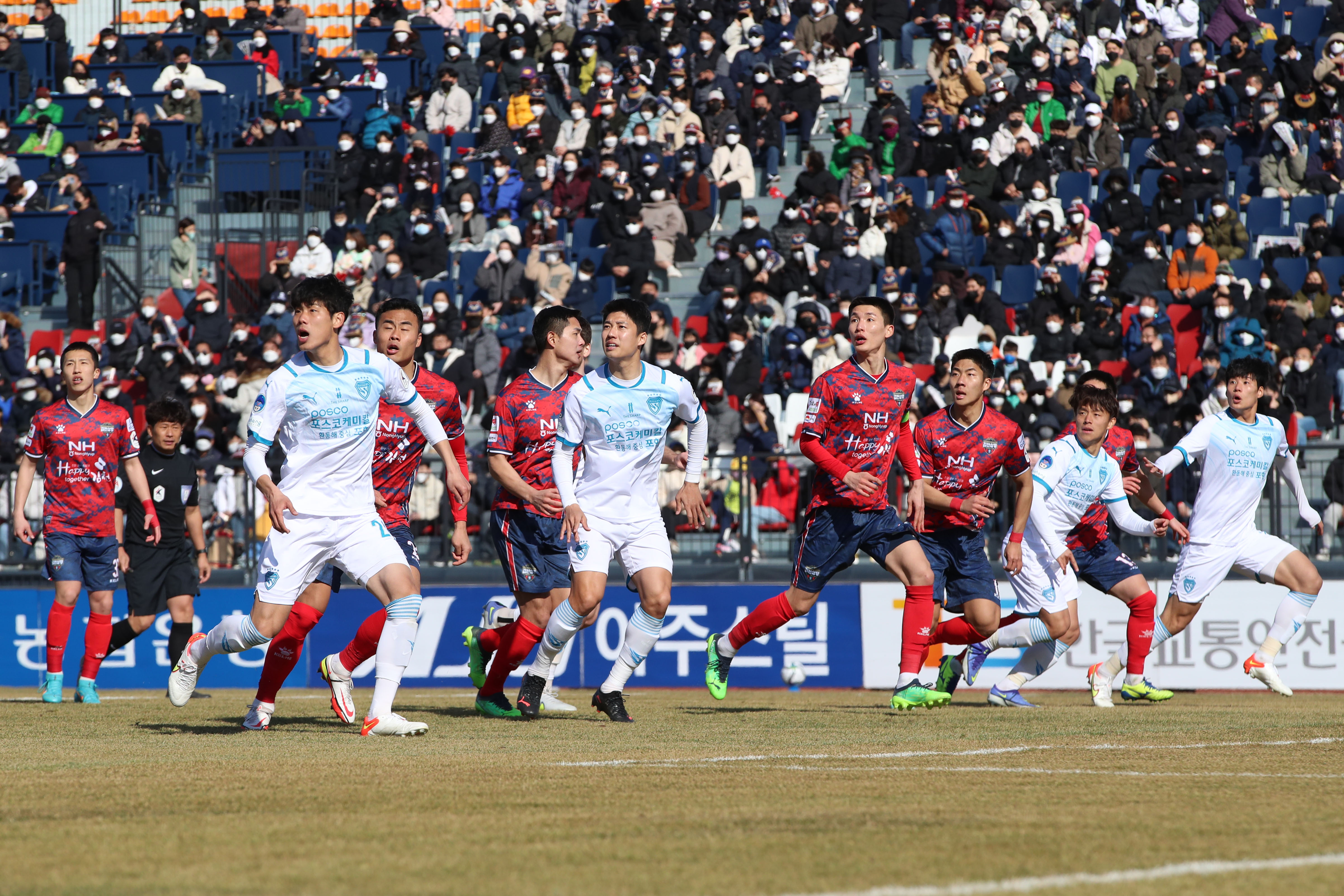 A ten-man Pohang Steelers fell to Suwon FC midweek, seeing themselves cede ground in their title pursuit. Defensive midfielder Lee Soo-bin was dismissed shortly before half-time and will miss this weekend's clash, with his side going on to concede twice in the second half, only claiming a late consolation through Heo Yong-joon. Gimcheon Sangmu, meanwhile, played out a 1-1 draw against Seongnam FC, with Cho Gue-seung scoring his seventh for the campaign to rescue the point. It still extends their winless to seven games, however, a run that has seen them slide down into ninth in the league table.
These two sides last met in the second round back at the end of February, with the result falling in the favour of Gimcheon Sangmu by three goals to two. The army side took a two-goal lead through Cho Gue-seung and Seo Jin-su before the Steelers fought back with efforts from Manuel Palacios and Heo Yong-jun. However, Jung Hyun-cheol found the winner for Gimcheon in the 71st minute to claim all three of the points and the team's first win of the season. 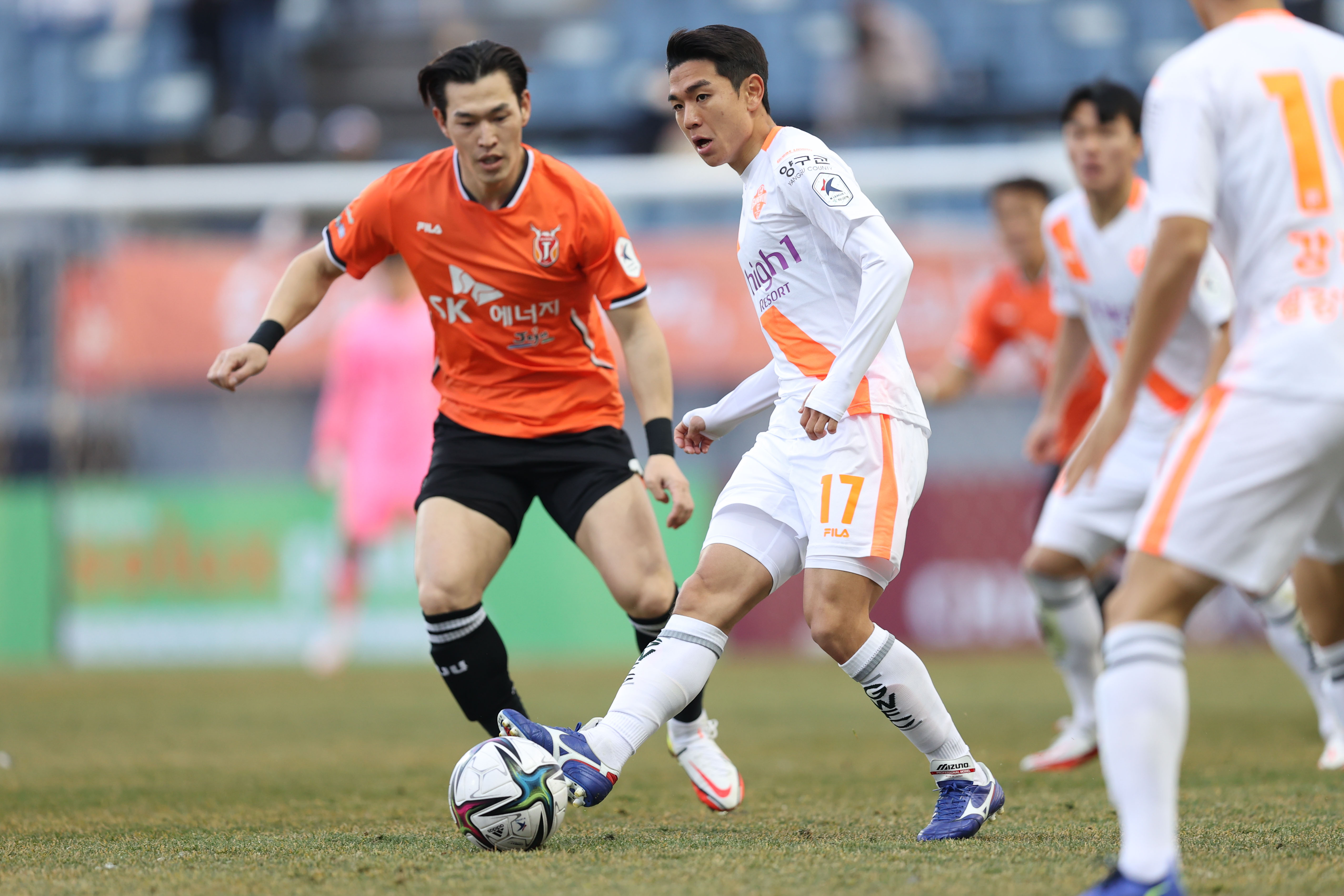 The return from the international break has not been easy for Choi Yong-soo's Gangwon, with their 3-1 loss to Pohang Steelers last weekend being followed up by a 4-1 defeat to Incheon United midweek, extending their winless streak to four games and a period in which they conceded 11. Their task is not set to be made easier by the visit of a high-flying Jeju United but they may be able to take comfort in knowing that the Islanders can be beaten after losing 1-0 to Daegu FC midweek. Jeju conceded in the 94th minute to condemn to a 1-0 defeat.
When these two sides met earlier in the season, they played out a goalless draw with neither side being able to find a way through. Coincidentally, it was the fourth consecutive draw between the pair, with the last winning result coming back in September 2019 prior to Jeju's relegation. Gangwon ran out 2-0 victors on that occasion thanks to a Kim  Ji-hyun brace. 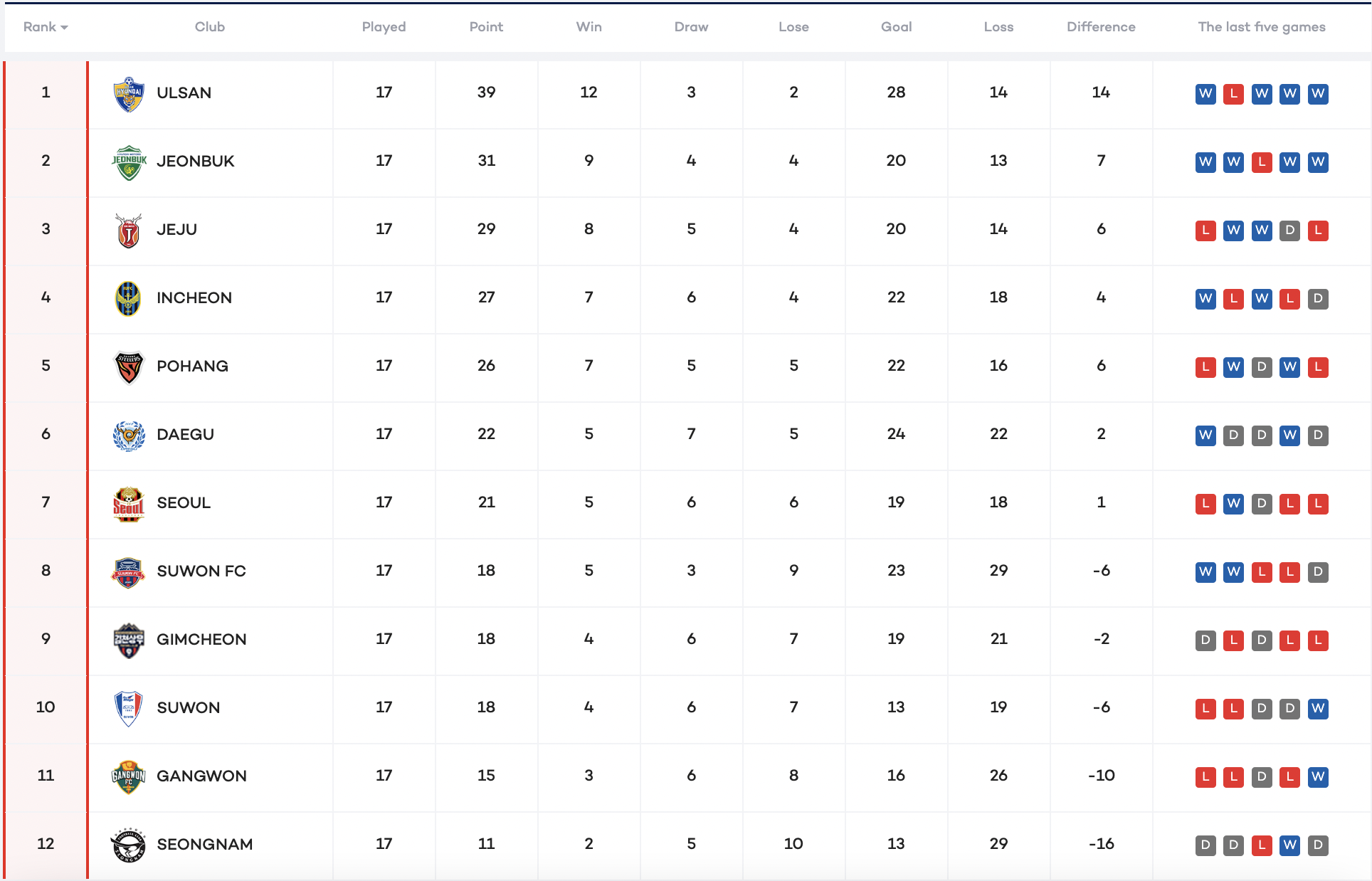 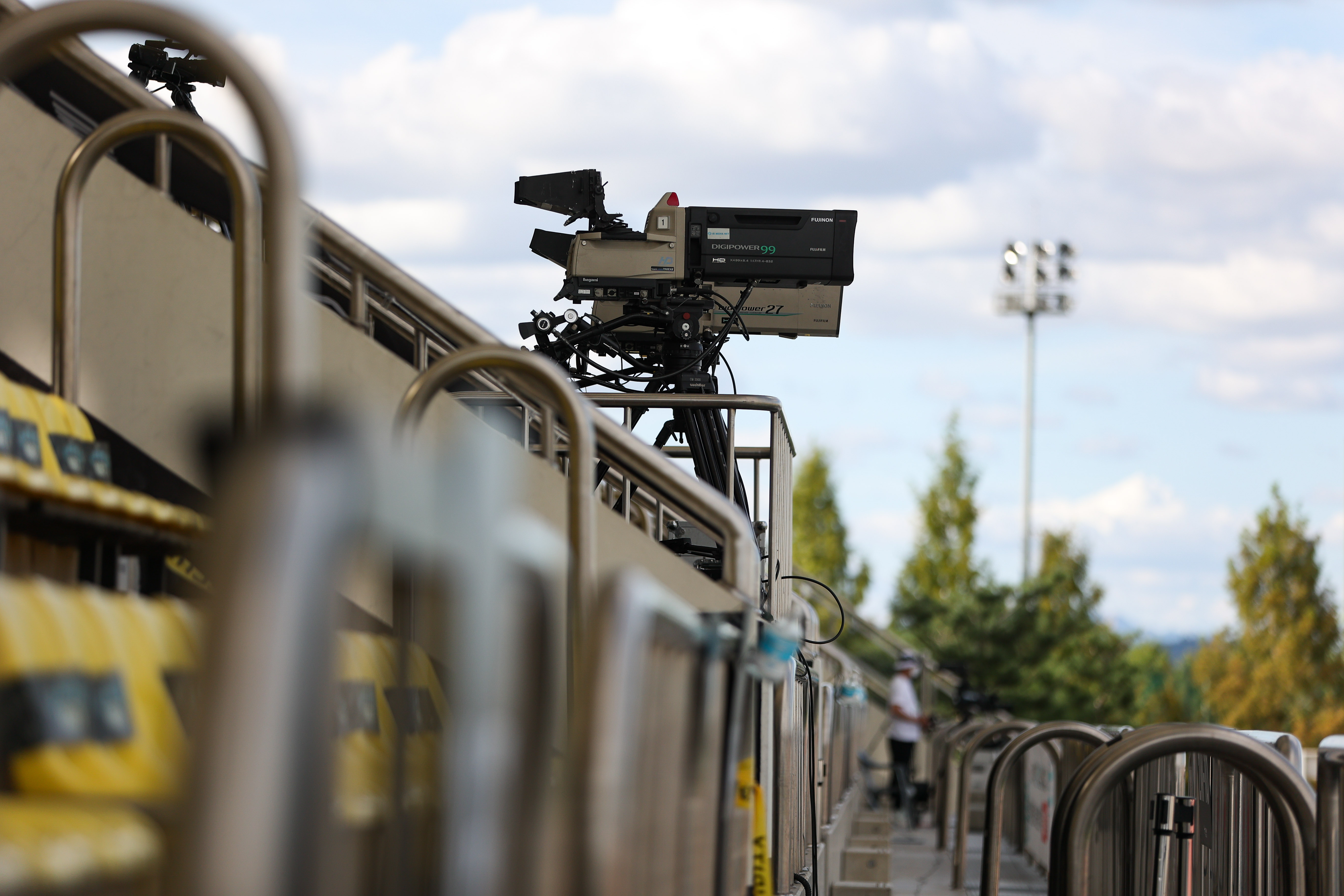