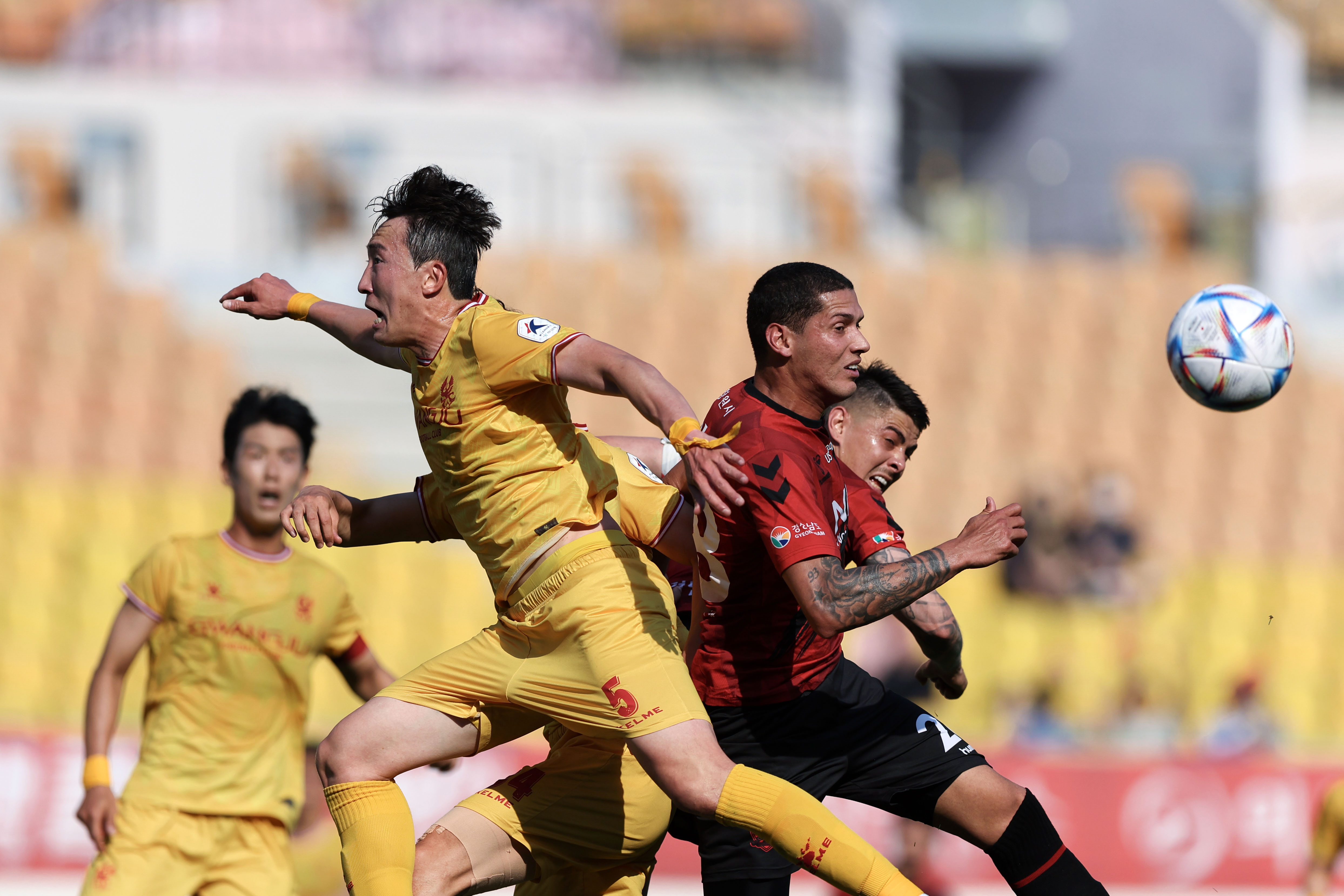 Gwangju FC continue to outdistance the rest of the pack with a nine-point lead atop the standings but face a potentially stiff test this coming weekend when they host Gyeongnam FC on Sunday night. Ansan Greeners have won back-to-back matches for the first time this season and look to keep their momentum going when they head out on the road to face Chungnam Asan on Saturday evening. Daejeon Hana Citizen will look to close the gap on first place when they take on Gimpo FC, with Lee Chang-geun searching for his sixth clean sheet of the campaign. 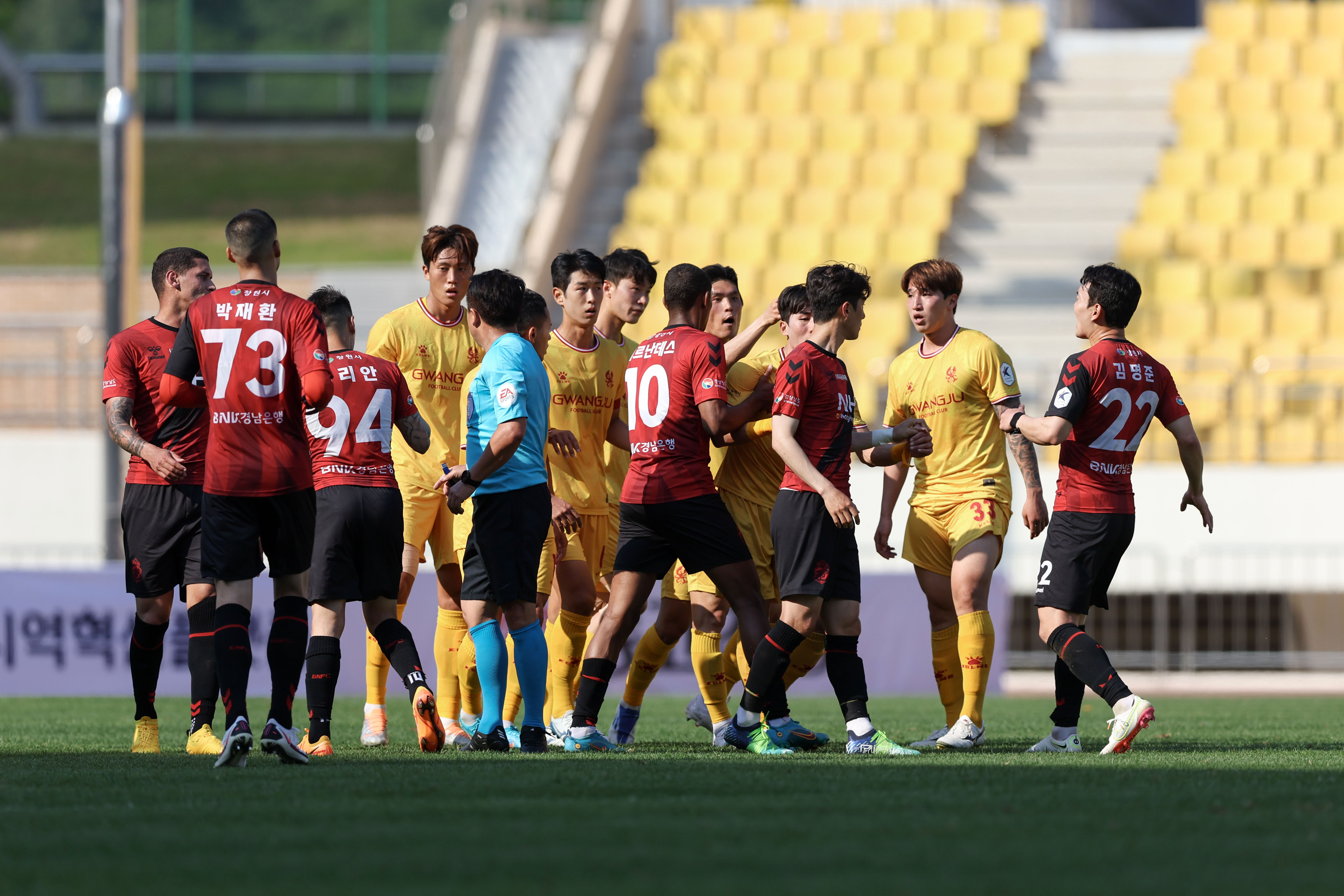 Gwangju FC have proven themselves to be a cut above the rest this season as they lead the second division by a margin of nine points as the campaign heads into the second half. A 1-1 draw against Daejeon Hana Citizen last time out did little to dampen their spirits as the teams below them in the standings did little if anything to gain ground, meaning that the Yellows will hold on to top stop well into the future if they can maintain the consistent form that has seen them lost just twice so far in 2022. A win, however, would go a long way in making a statement as they have drawn each of their last two matches. Gwangju have taken four out of a possible six points from this fixture this season, with the previous match between the two ending in a four-goal draw.
Gyeongnam FC will be left looking for some answers after their scoreless draw against Chungnam Asan on Wednesday night. They have drawn each of their past three matches following a 6-1 thumping of Gimpo FC in early June, with Hernandes scoring a hat trick in the rout. Both he and Tiago Orobó will be depended upon heavily to carry the goal-scoring load for the rest of the season. Their link-up play on the left will be key to the Reds' chances of getting a successful result and remaining within touching distance of the final playoff spot, currently held by the Owls. 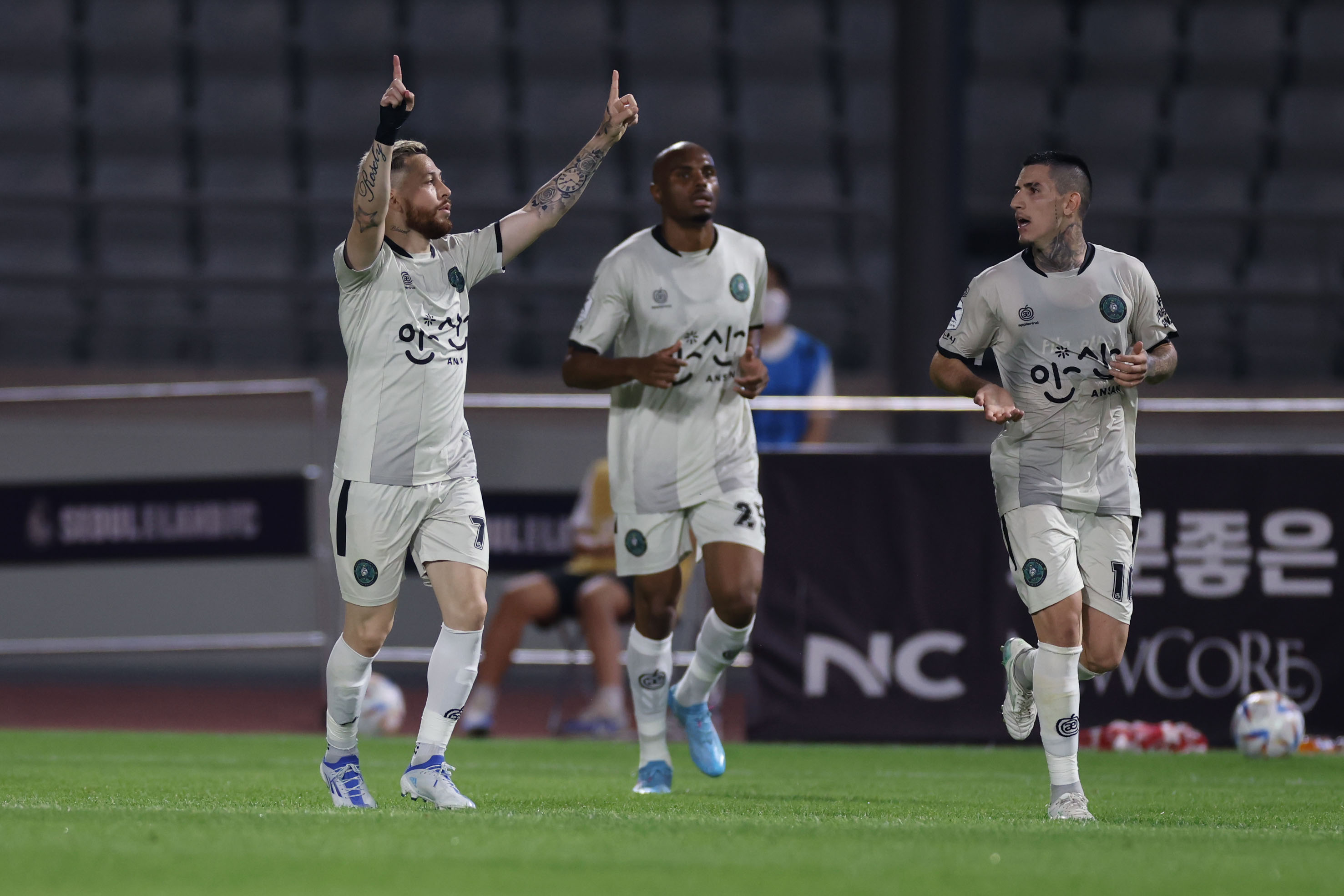 Ansan Greeners have won consecutive matches for the first time this season following a 3-2 midweek success against Seoul E-Land and a 3-0 beating of Bucheon FC 1995 on Monday night. Prior to the recent outburst, the Green Wolves had managed just fifteen goals in their first eighteen league matches but still only lead Busan IPark by two points heading into the weekend. Canhoto has been one of their better players this year with three goals and three assists and will be one to watch.
It is a bit difficult to believe that a team that features the likes of Asnawi Mangkualam, Robson Duarte, Choi Geon-joo, and Song Jin-kyu, who scored a brace last time out, could be struggling as much as they have this year but it goes to show just how important chemistry is in the game of football. The pieces have always been there; are they finally starting to put things together? Can they continue to play spoiler to the rest of the division in the coming weeks? Time will tell but with FC Anyang, Daejeon Hana Citizen, and Bucheon FC 1995 next on their schedule, they will be looking to secure maximum points against the Owls in an attempt to distance themselves from the basement. 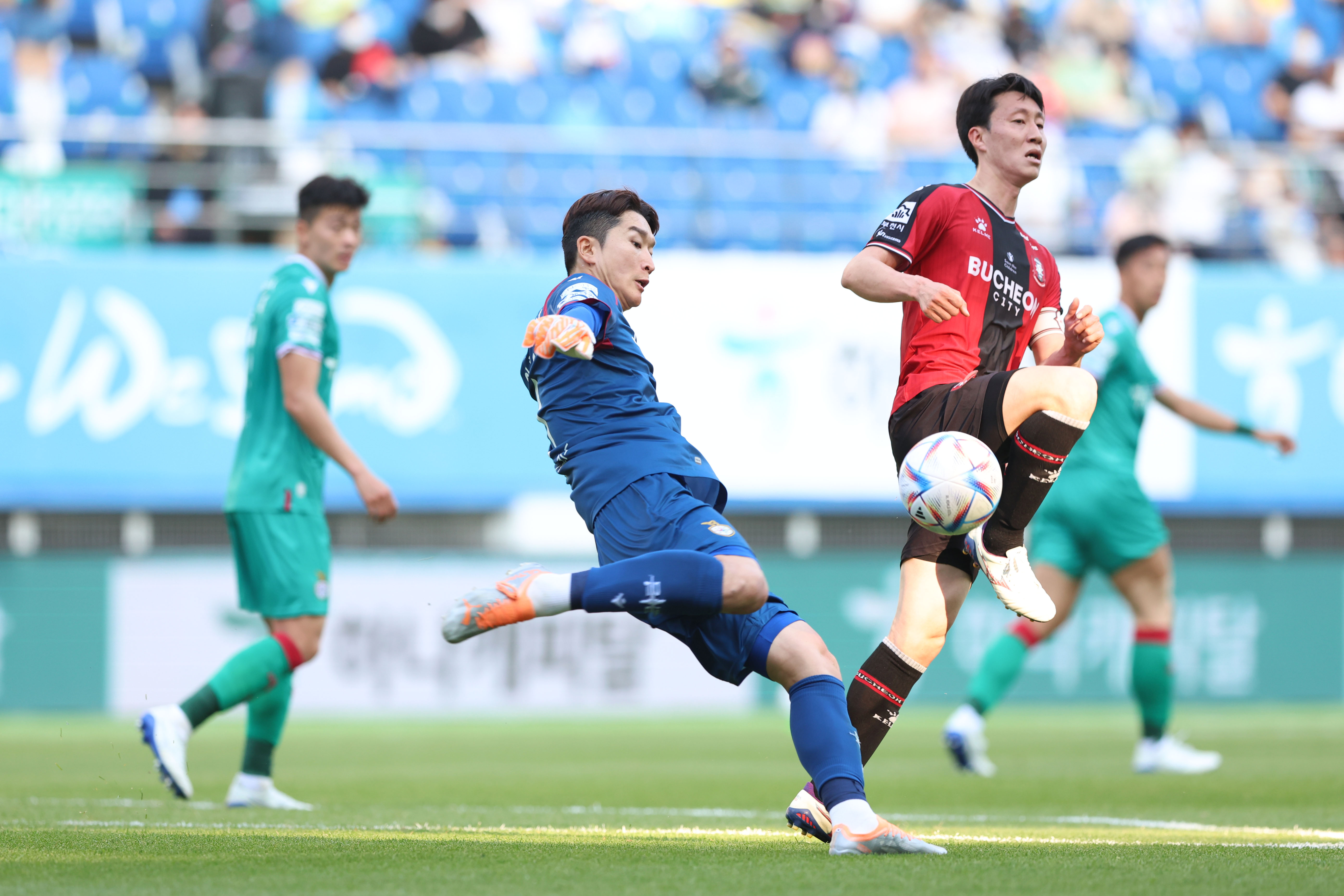 Daejeon Hana Citizen goalkeeper Lee Chang-geun has played every single minute of every single match for the Purples this season and will be looking for his sixth clean sheet in 2022 when they face Gimpo FC on Sunday night. Thus far this year, the former Jeju United guardian of the sticks has conceded twenty-four goals and is due for a big performance as he has not kept the opposition off the scoresheet since back-to-back clean sheets against Bucheon FC 1995 and Seoul E-Land at the end of May.
Last season, he finished out the year with the Tangerines starting the final nine matches including all matches in Final A, and, when the announcement was made in the off-season that he would change clubs in a five-player swap that also included Kim Young-wook and Kwon Han-jin arriving from the island with Lee Ji-sol and Kim Dong-jun going the other way, it was all but assured that Lee would take over as the number one between the sticks, otherwise the deal most likely would not have gone through. He hasn't completely disappointed this season, but Daejeon are currently mid-table in terms of goals conceded this year with 24, and that can't be considered good enough for a club challenging for promotion. Gimpo is a club that has the ability to score goals as well, so he will have to be alert to keep the ball out of his net. A clean ninety minutes would do him a favor for his confidence.

Elsewhere in K League 2 Round 23

FC Anyang host Seoul E-Land, having rebounded somewhat following their 4-0 defeat to Gwangju FC on June 11th, with four points in their past two matches, a 2-2 draw with Daejeon Hana Citizen, and a 1-0 victory over Bucheon FC 1995 in midweek. Jonathan Moya continues to be their main man, with seven goals and one assist to his credit so far, including the match-winner last time out. The Violets could potentially move up to third place with a win. Seoul E-Land, meanwhile, are winless in their past seven matches, not having won since May 17th, a 3-1 victory over Gimpo FC.
In the remaining fixtures, Busan IPark host a struggling Bucheon FC 1995 and Daejeon Hana Citizen welcome Gimpo FC, both on Sunday night.
[READ: 2002 World Cup Rewind: So Jun-il Interview]