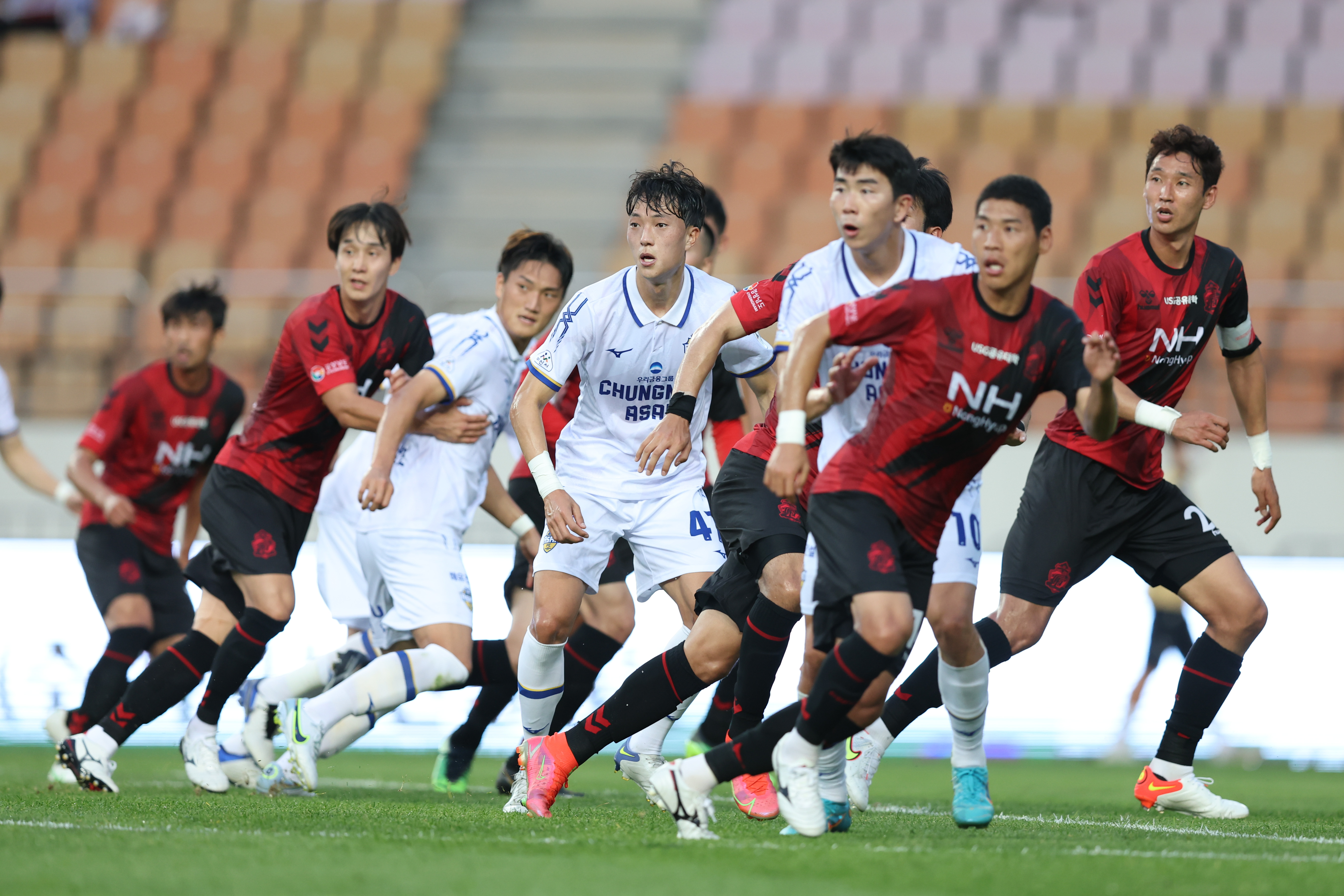 There will be some critical matches on the schedule this coming weekend but perhaps none more important than the meeting between Gyeongnam FC and Chungnam Asan in the battle for the final playoff spot. Both teams won last weekend, with the Owls' 4-0 trouncing of Jeonnam Dragons sending a clear message that they are indeed ready to challenge for postseason play. FC Anyang could move into second place in the table if they can manage a win against leaders Gwangju FC and will be looking to avenge their previous loss in the process. Son Seok-yong and Gimpo FC take on Jeonnam Dragons this weekend as well, with the striker looking to make it into double figures in the goal department, having scored twice against the same opposition this season.
Match of the Round
Gyeongnam FC (6th) vs Chungnam Asan (5th) - Fri. 15th July - 19:30 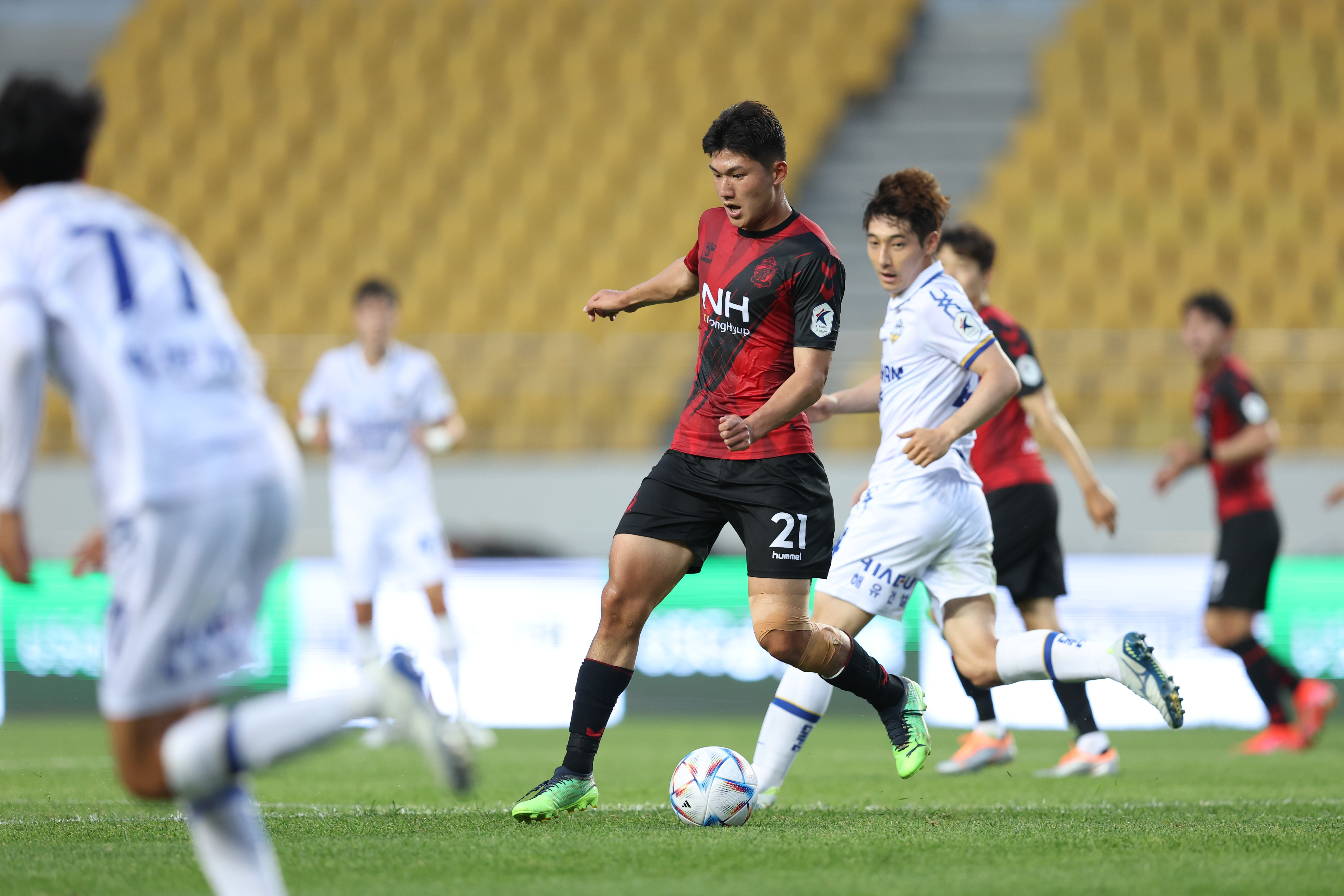 While a first versus third matchup in Gwangju FC and FC Anyang might look more enticing to some, this match definitely has more at stake with a win for either side being critical in the race for the final playoff spot.  A win for Chungnam Asan would extend their lead to seven points but a win for Gyeongnam would close the gap to just one. Both previous meetings this year ended in draws. Yoo Kang-hyun continues his fine form this season as current joint top scorer in the division with twelve goals after his brace last time out. Gyeongnam on the other hand have lost two critical attacking pieces in recent weeks with the departures of Willyan to Daejeon Hana Citizen and Hernades to Incheon United. Both contributed eight goals this season.
The head-to-head between the sides is a dead heat, with each team having won three times, along with three matches ending in a draw. The last meeting in June was a goalless affair, so the goalkeepers will be a focus in this match once again. Park Ju-won, who returned to Asan in the off-season from Daejeon Hana Citizen, is among the league leaders in clean sheets with nine and would like to get into double figures against the Reds, meaning that Asan will have to convert their chances up front.
Tiago Orobó is the danger man up front for Gyeongnam. The Brazilian is the other half of the joint top scorer equation at the moment. He has been kept off the score sheet in the past two matches, with his last goal coming in a 4-1 victory over Gwangju FC on June 26th.
Team of the Round
FC Anyang (vs Gwangju FC) - Fri. 15th July - 19:00 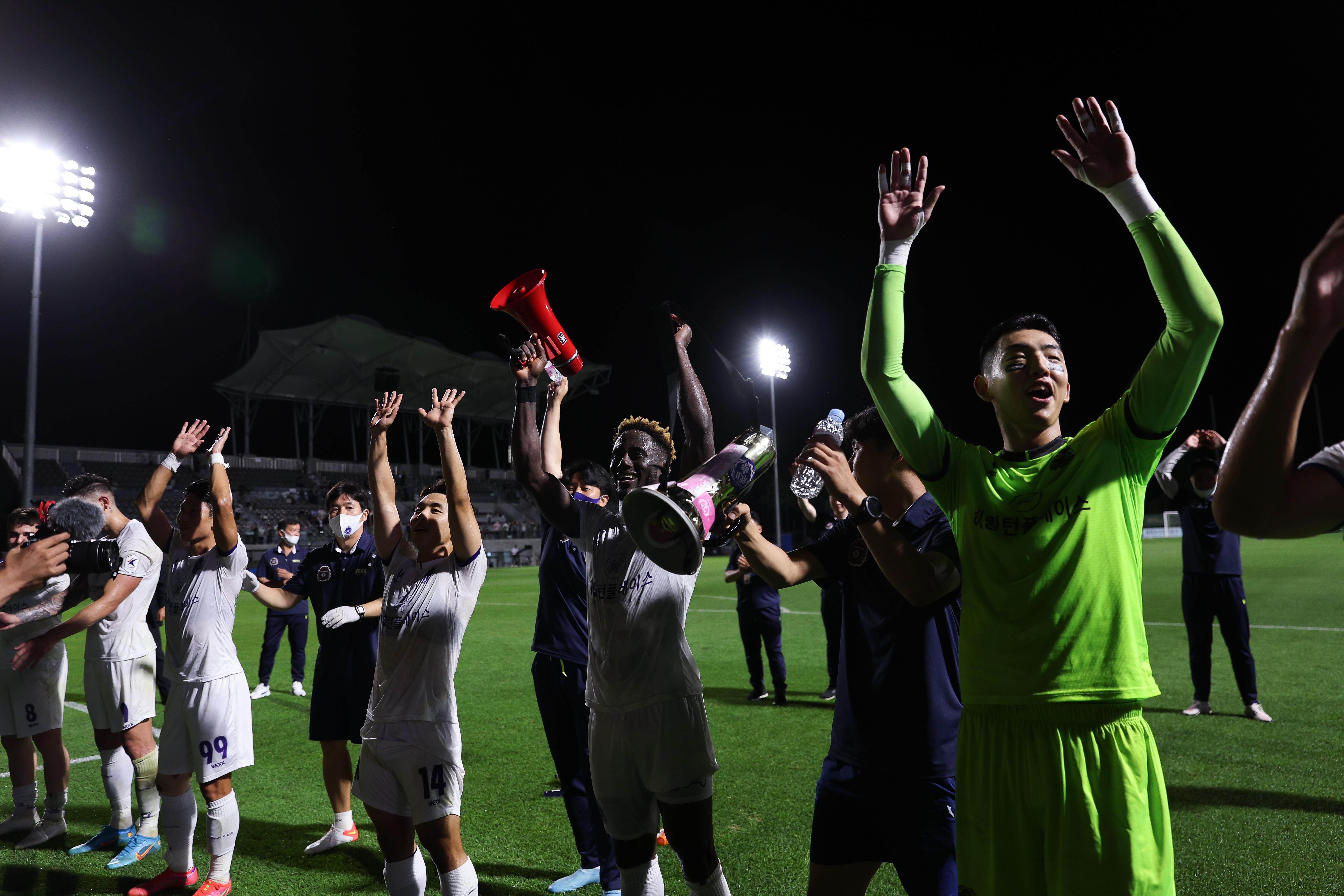 Things looked less than ideal for the Violets back in mid-June when they were blown out 4-0 by their opponents this weekend but have definitely turned things around since. Currently unbeaten in their past six matches, they have a chance not only to avenge their loss to the Yellows but to also potentially climb up the table if they can manage to get a win in combination with results elsewhere. Kim Dong-jin and Maxwell Acosty, with his third goal in his past three matches were among the goals against Gimpo FC and with a plethora of other scoring options in the side, should not be taken lightly.
With a fairly balanced schedule for the remainder of the season, Anyang definitely should be a playoff team come the end of the campaign. As always, momentum will be critical for them if they are to make a push to close the gap on first place but will also have to be in good form and injury-free if they are to make the jump up a division, something that has never been achieved in club history. While it is still too early to come to conclusions, a focus on continuing their good play of late should be the height of their concern.
[Interview: Gwangju FC Defender Aaron Calver]
Player of the Round
Son Seok-yong (vs Jeonnam Dragons) - Sun. 17th July - 18:00 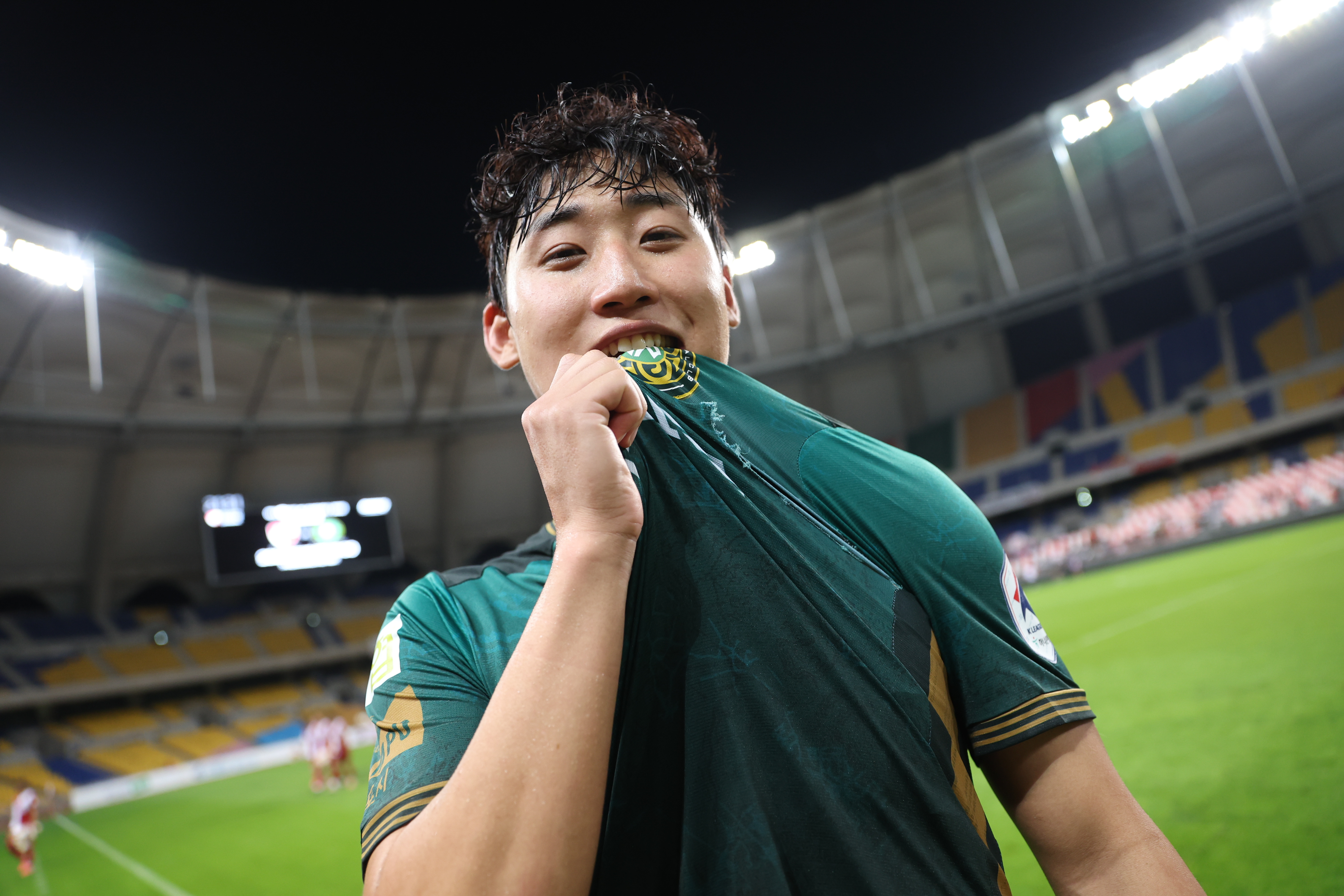 Son has been one of the revelations of the season in the second division as he has found the net a total of nine times and remains firmly in the hunt for the Golden Boot. He has also scored twice against Jeonnam in 2022, with Gimpo taking four of a possible six points from the first two fixtures this year, a 2-0 win on the second matchday of the season back in February and a 2-2 draw last time they met in June.
His recent form has been impressive with four goals and two assists in his past five matches, including a pair of goals against Bucheon FC 1995 on June 18th in a 2-1 win. The success has been a long time coming for the former Daegu FC youth prospect who later moved to Seoul E-Land for the 2020 season but saw just a single appearance in the FA Cup that year. He has a chance to put his goal tally into double figures this weekend if he can find the target yet again.
Elsewhere in K League 2 Round 27
In a battle of the bottom-feeders, Busan IPark host Ansan Greeners with the clubs separated at the bottom of the table by a single point. Will new arrival Bruno Lamas be able to steer the home side to victory?
Finally, Daejeon Hana Citizen are back in action after an idle weekend when they welcome Seoul E-Land to the Purple Arena. Can they come away with another three points after a win last time out?
K League 2 Round 27 Fixtures
Friday 15th July
#GWAvANY: Gwangju FC (1st) vs FC Anyang (3rd) - 19:00
#GYEvCAFC: Gyeongnam FC (6th) vs Chungnam Asan (5th) - 19:30
Sunday 17th July
#JDFCvGFC: Jeonnam Dragons (9th) vs Gimpo FC (7th) - 18:00
Monday 18th July
#BUSvANS: Busan IPark (10th) vs Ansan Greeners (11th) - 19:00
#DHFCvSEFC: Daejeon Hana Citizen (2nd) vs Seoul E-Land (8th) - 19:30
Branko Belan
K League United Senior Columnist
다음 글 2022 Hana 1Q K League 1 Round 22 Preview
이전 글 Team K League Squad Numbers Announced
K LEAGUE