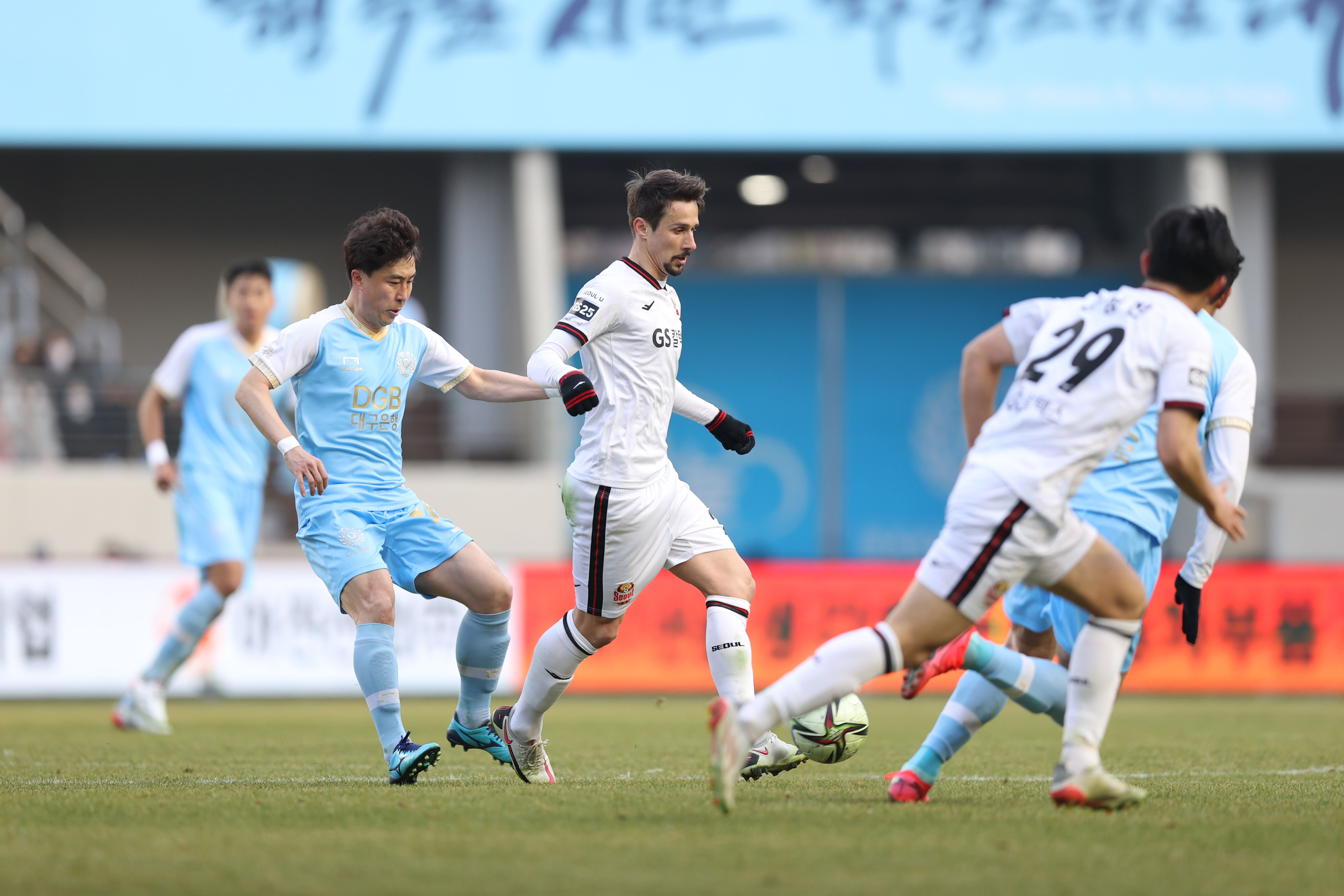 Heading into the EAFF E-1 Football Championship break, all six K League 1 matches in Round 22 take place on Saturday. All 24 Team K League players are likely to be in action too and we have a guide to just where. 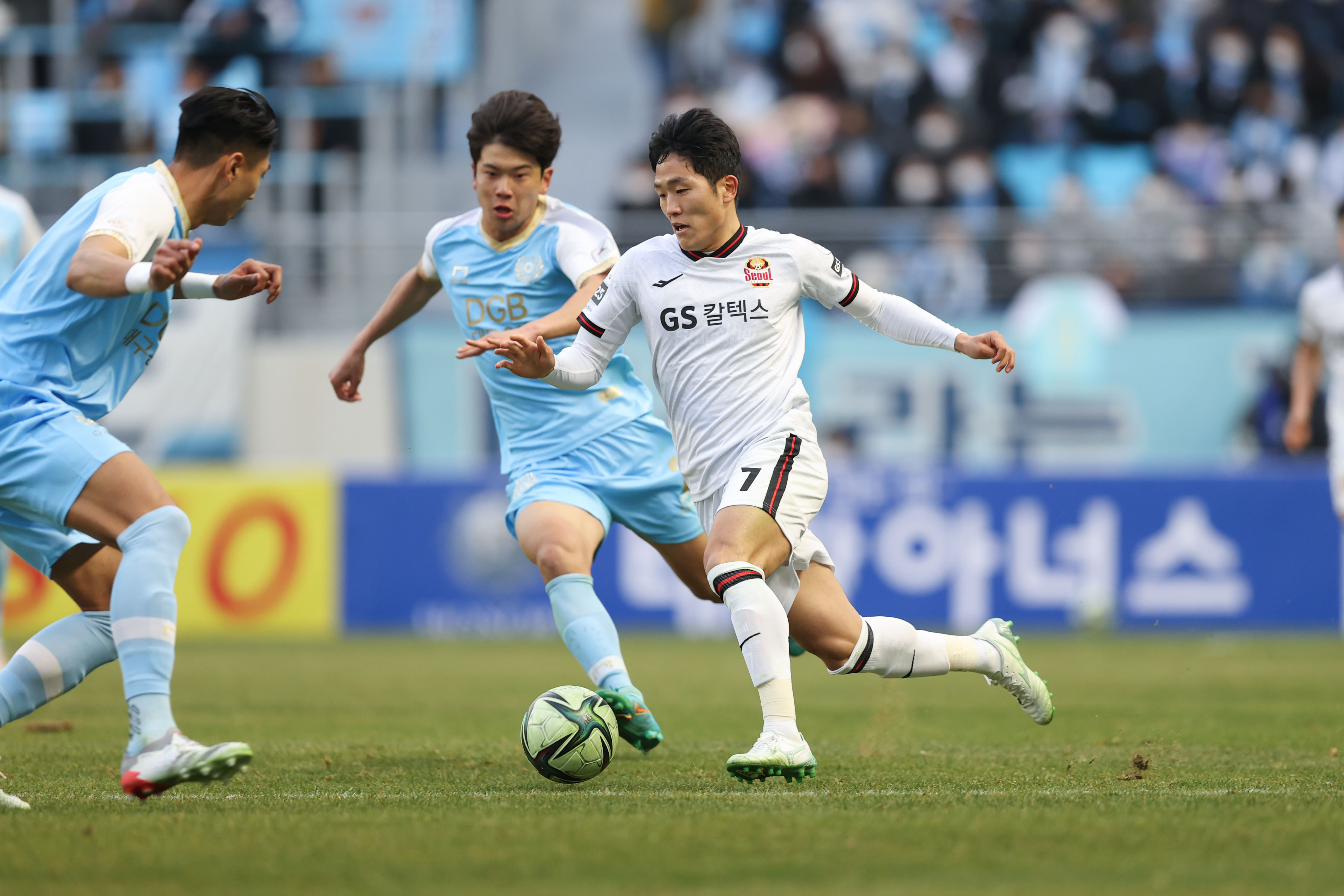 Looking to bounce back from two straight defeats on the road, FC Seoul return to Seoul World Cup Stadium this Saturday night for the visit of Daegu FC. An Ik-soo's men have slipped to ninth in the table and, with the Final Round now just 11 rounds away, time is running out for a top-half finish. Seoul may have picked up just one win in six but are within one win from Daegu in seventh. After throwing away a 2-0 lead to lose 4-3 away to Suwon FC last time out, the capital club will be desperate to get back to winning ways.
Daegu, meanwhile, have drawn their last four matches but are unbeaten in 12 in the league, 18 in all competitions. The task at hand for manager Alexandre Gama is to turn those draws into wins as, with 11, no team has drawn as many games in K League 1 this season has Daegu FC have. A win for the Sky Blues this Saturday could take them into the top half, provided that Suwon FC drop points at home to Gangwon FC.
Seoul won the first meeting of 2022, a 2-0 victory on the opening day thanks to goals from Na Sang-ho and Cho Young-wook. Over the last 10 meetings, FC Seoul have four wins to Daegu's two and two draws. Saturday's clash will be the 46th meeting between the two sides, Seoul have managed 18 wins, Daegu 12, and 15 draws.

Stanislav Iljutcenko and Keijiro Ogawa could make their debuts having signed on Tuesday and Wednesday this week respectively. Han Seung-gyu is close to a return while Na Sang-ho was able to make his comeback from injury in the 4-3 loss to Suwon FC. Lee Tae-seok, Osmar, and Ji Dong-won are all out, though.
Daegu will be hoping that Cesinha is fit again. The Brazilian ace missed the 1-1 draw with Ulsan last time out and was also forced to withdraw from the Team K League squad for the friendly with Tottenham. However, the 32-year-old revealed on Instagram that the injury is not a serious one and his withdrawal was a precaution. 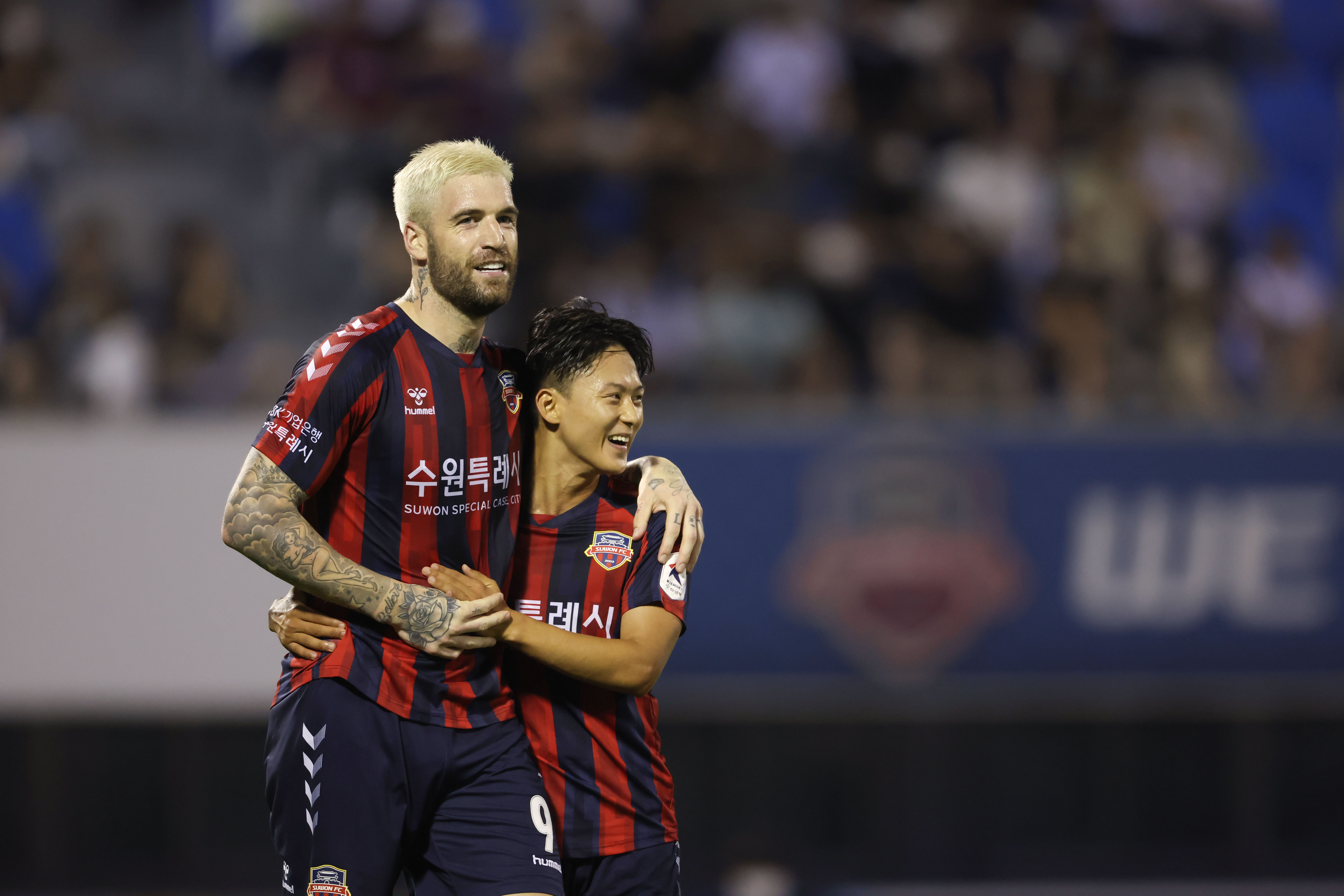 Five wins from six and unbeaten since the end of May has Suwon FC into the top half of the table. Last time out, Suwon came back from 2-0 down to beat FC Seoul 4-3 in a game which saw the Castle Park side concede a 91st-minute equaliser only to bag the winner 60 seconds later. Kim Do-kyun's men, then, are bang in form and will be full of confidence when Gangwon FC visit this Saturday. With 31 goals scored, Suwon are the joint-top scorers in the division along with league leaders Ulsan Hyundai. However, with 32 conceded, they have the joint-second leakiest defence.
In short, there are usually goals in Suwon FC games. In fact, Suwon have been involved in three matches this season which ended 4-3, twice on the winning side and once on the losing side. They have also triumphed in a 3-2 win over Gimcheon. This Saturday Suwon take on Gangwon FC in a game which will see Lars Veldwijk and Lee Seung-woo return to the bread and butter of the league after impressive cameos for Team K League on Wednesday against Tottenham. Another player who impressed versus Tottenham on Wednesday was Gangwon FC's Yang Hyun-jun who will be looking to pick up where he left off. 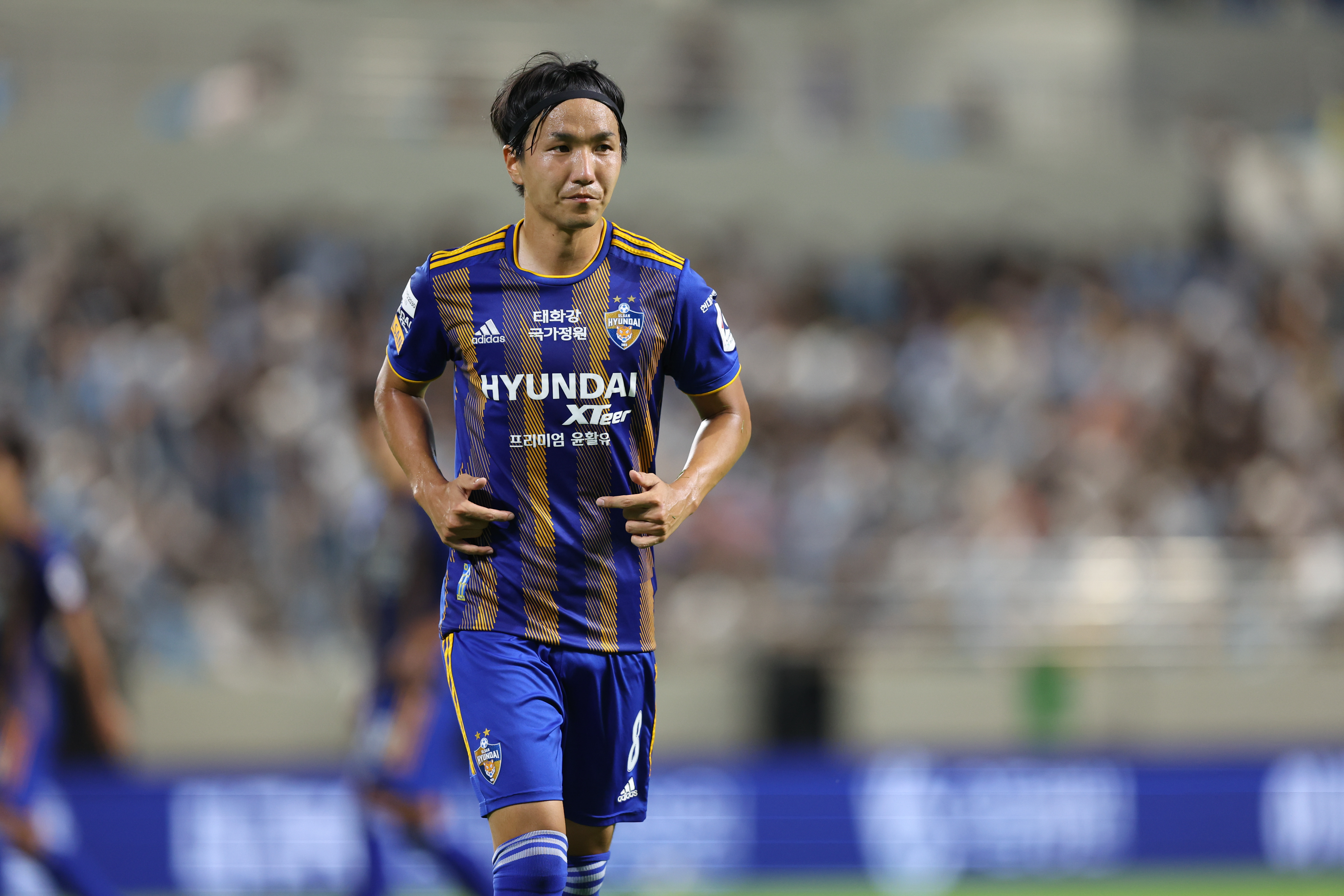 The scorer of Team K League's third goal on Wednesday night was Ulsan Hyundai's Amano Jun who sent in a stunning free-kick from way out. The Japanese midfielder was able to atone for giving away a penalty just earlier although there were some question marks over the validity of the referee's decision. Amano Jun has six goals to his name this season, four of which have been the all-important first in a match. Of his six goals, two have been free-kicks.
It has been quite the first season in K League for Amano Jun. He is fourth for deep completions in K League 1 with 29, fourth for "smart passes" (a creative and penetrative pass that attempts to break the opposition's defensive lines to gain a significant advantage in attack), and seventh for shots dispatched from outside the area. This Saturday, Ulsan and Amano Jun take on a Suwon Samsung Bluewings side which is looking for first league win since mid-May.

Elsewhere in K League 1 Round 22

Pohang Steelers versus Jeju United perhaps ought to be the "match of the round" given where the two teams are in the table. Pohang in third are on a run of three straight wins and are unbeaten in four while Jeju are fourth, dropping a place despite beating Seongnam FC. Both have genuine ACL aspirations are will be looking to sign off with a win before the international break.
Gimcheon Sangmu take on Incheon United at 6 PM having slipped to third-bottom and into the first relegation playoff place after a run of one win in 11 matches. Manager Kim Tae-wan will be hoping that Cho Gue-sung's powerful header against Tottenham on Wednesday will help inspire the army side to winning ways again. Incheon, meanwhile, remain in the top half despite only managing one win in their last six. However, coming back from 2-0 down to draw with Jeonbuk last time out will have given Jo Sung-hwan's men a boost.
And in one of the day's earlier kick-offs, Jeonbuk Hyundai Motors take on Seongnam FC. The Green Warriors have managed to gain ground on Ulsan Hyundai and now sit just five points behind. A win this Saturday would extend the unbeaten run to seven in all competitions, six in the league. Seongnam, though, are rock bottom and six points adrift following three straight losses and a run of eight matches without a win. 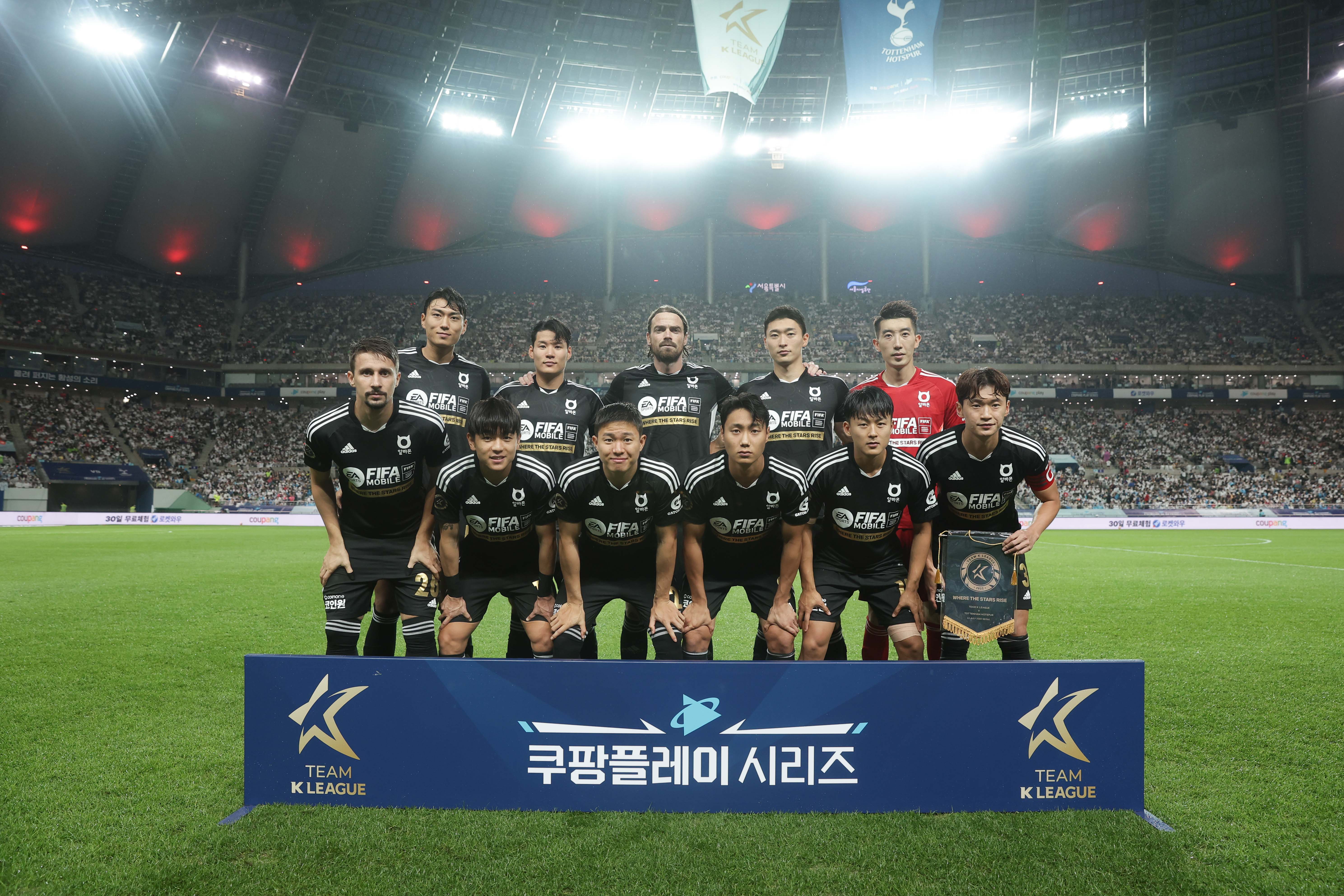