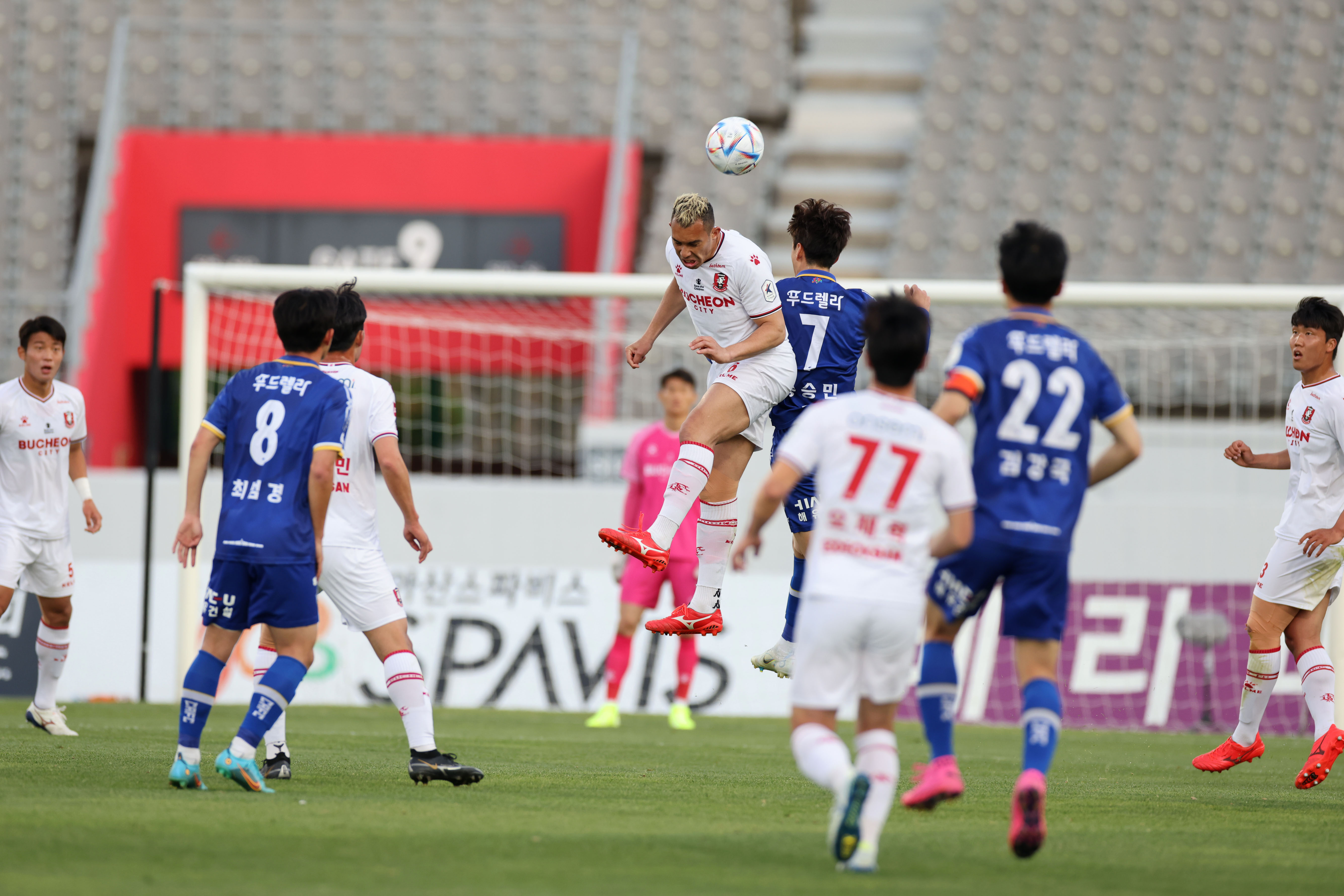 It's a short stack this coming weekend with just three matches on the slate, but one in particular has playoff implications as Bucheon FC 1995 hosts Chungnam Asan. Gimpo FC will look for back-to-back wins when they take on Ansan Greeners, and if Busan IPark are to lift themselves out of the league cellar, they will need Park Jeong-in to start scoring again when the Royals take on Jeonnam Dragons. 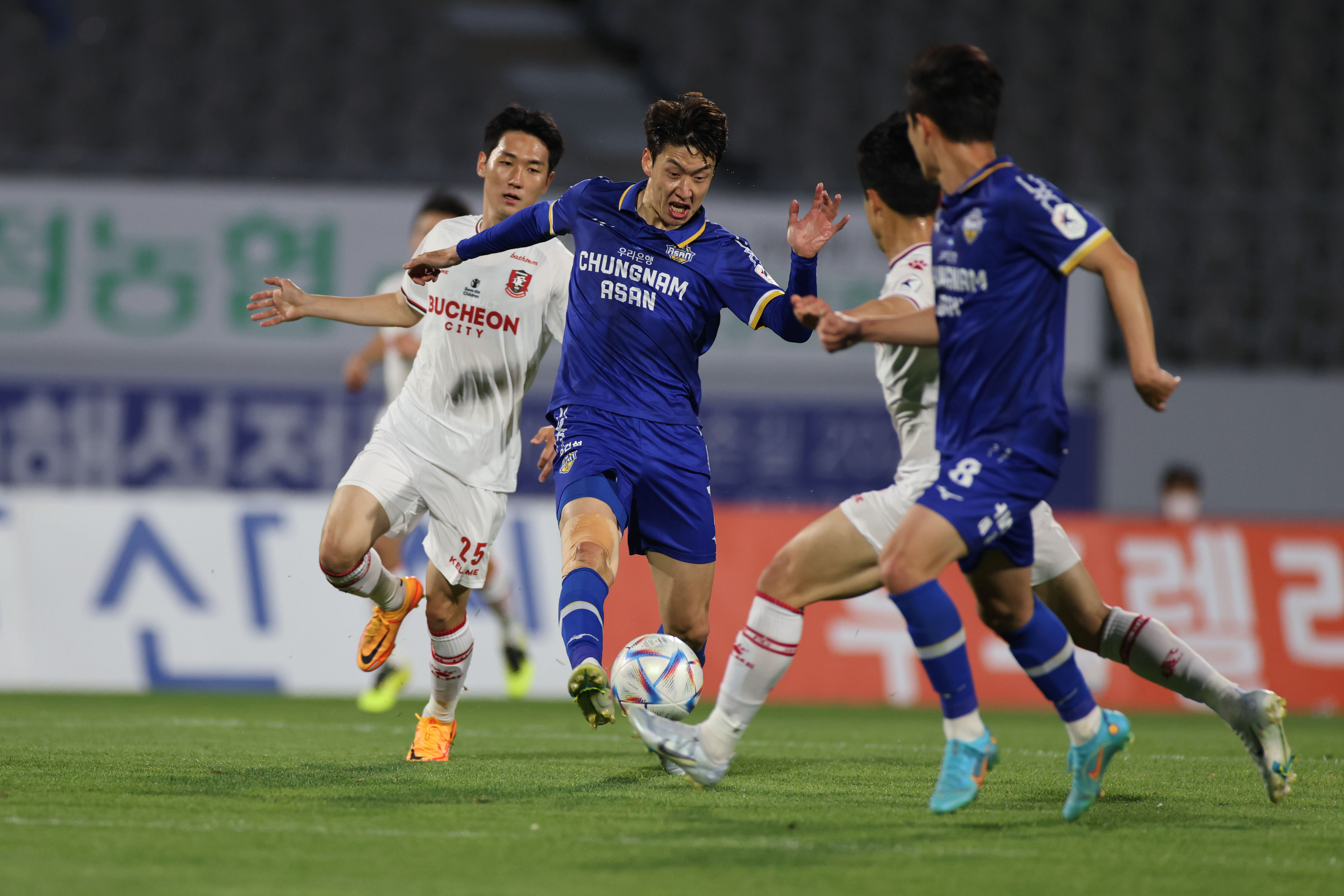 Both teams have been a big surprise this season considering their positioning in the table this late into the calendar.  Chungnam Asan have lost just once in their past five matches, while Bucheon have won three of their past five after a rough patch which saw them lose form after a solid start to the season. This matchup will be either difficult or predictable to call as both previous contests between the two ended without goals and both have similar goal records in the league this season both in terms of goals scored and conceded.
But, the third matchup has a lot more at stake as positioning in the table could be altered if Asan manage to get all three points. A win would move them up to fourth in the table but any other result would keep things as they are for the moment. Yoo Kang-hyun is currently the joint-top scorer in the division with twelve goals while Bucheon have spread their goal contributions more evenly through their squad. Han Ji-ho has scored five goals, while Park Chang-jun has four, Samuel Nnamani has three, and Cho Soo-chul and Kim Ho-nam have a pair each.
Lee Eun-beom will be a key miss for the Owls as he misses out due to suspension. Both goalkeepers will also warrant attention for their performances this season to date, as Park Ju-won has recorded ten clean sheets, while Choi Chul-won has nine. 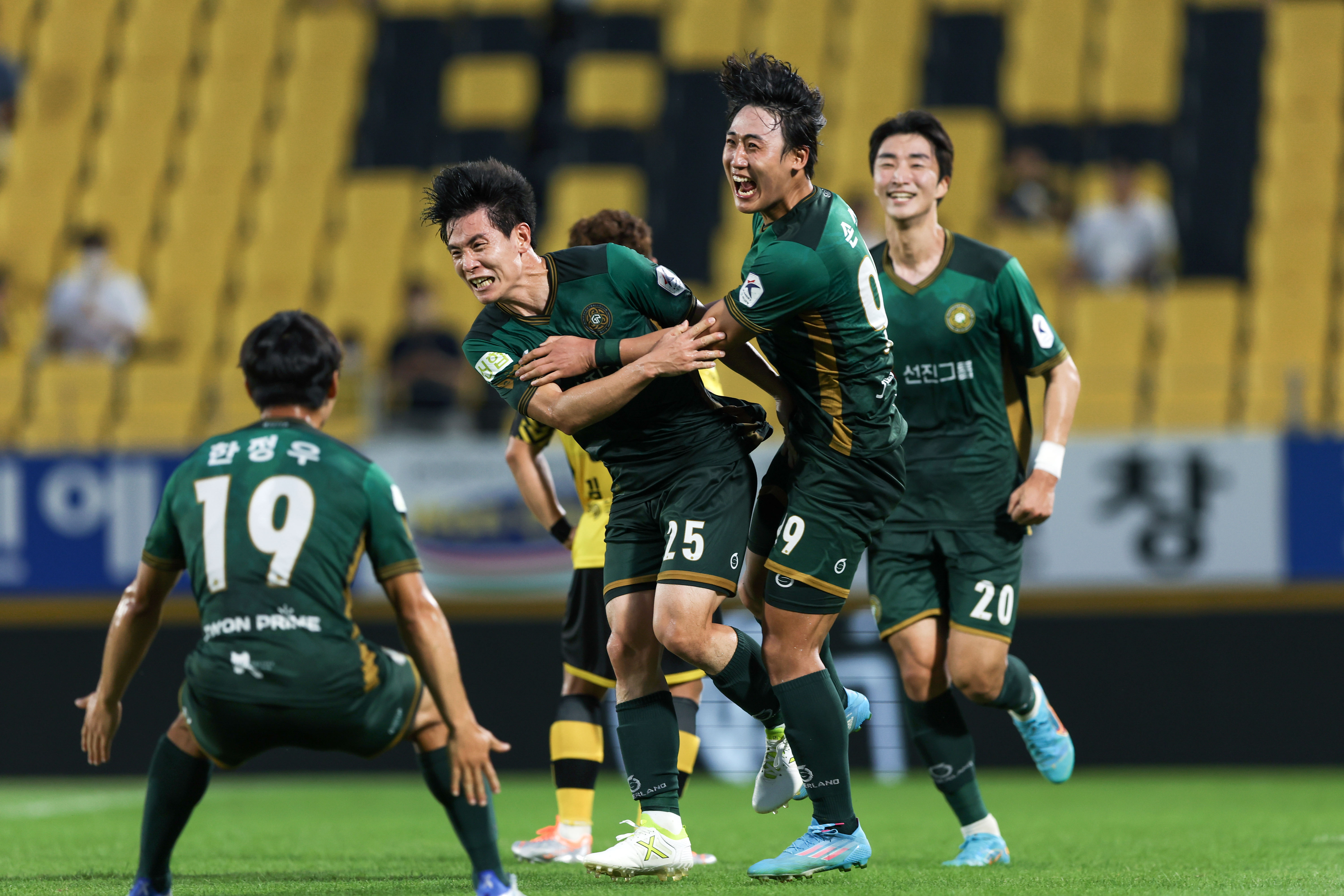 Gimpo FC came away with all three points against Jeonnam Dragons last time out, winning by a single goal thanks to Park Dae-han's 73rd-minute strike. Despite being outplayed statistically, they made the most of their opportunity in front of goal while the Dragons continue to struggle, not having won since May 17th. They have a chance to come within a point of Gyeongnam FC if they can manage a win. They've been on a decent run of form recently, with just one loss in their past five matches.
While they haven't scored a boatload of goals, it is their defensive record which is a cause for concern. Their forty-two goals conceded is the worst in the division, yet they have managed three more wins than all of the teams below them in the table. However, over the current five-match stretch, they have posted three clean sheets and only conceded one goal against Daejeon Hana Citizen in a draw on June 26th, with a 2-0 loss to FC Anyang on July 11th being the only real blip on the radar of late. They do need to start faster, though, if they are to guarantee their chances of getting a result. Too many times this season they have left it late, and with Ansan coming off a win against Busan IPark courtesy of a late goal, it could cost them if they fail to execute.
[INTERVIEW: Gwangju FC Defender Aaron Calver] It has been a difficult season for Busan IPark thus far as they are at the bottom of the division looking up, and if they are to turn their fortunes around, Park Jeong-in will have to pick up his goal production. He last scored against Daejeon Hana Citizen in a 4-3 loss on May 17th and has seen limited action recently, having been out of the squad in four of the last nine matches.
He came on as a second-half substitute last weekend and was quite effective but unlucky as one of his efforts shaved the outside of the post and he had a goal called back for offside. The 21-year-old is still a very critical piece for the squad and should look forward to more playing time in the coming weeks. With An Byong-jun leaving the team in the transfer window, he will be counted on to bolster Busan's attack as they look to turn their season around with the autumn portion of the schedule not far off in the distance.