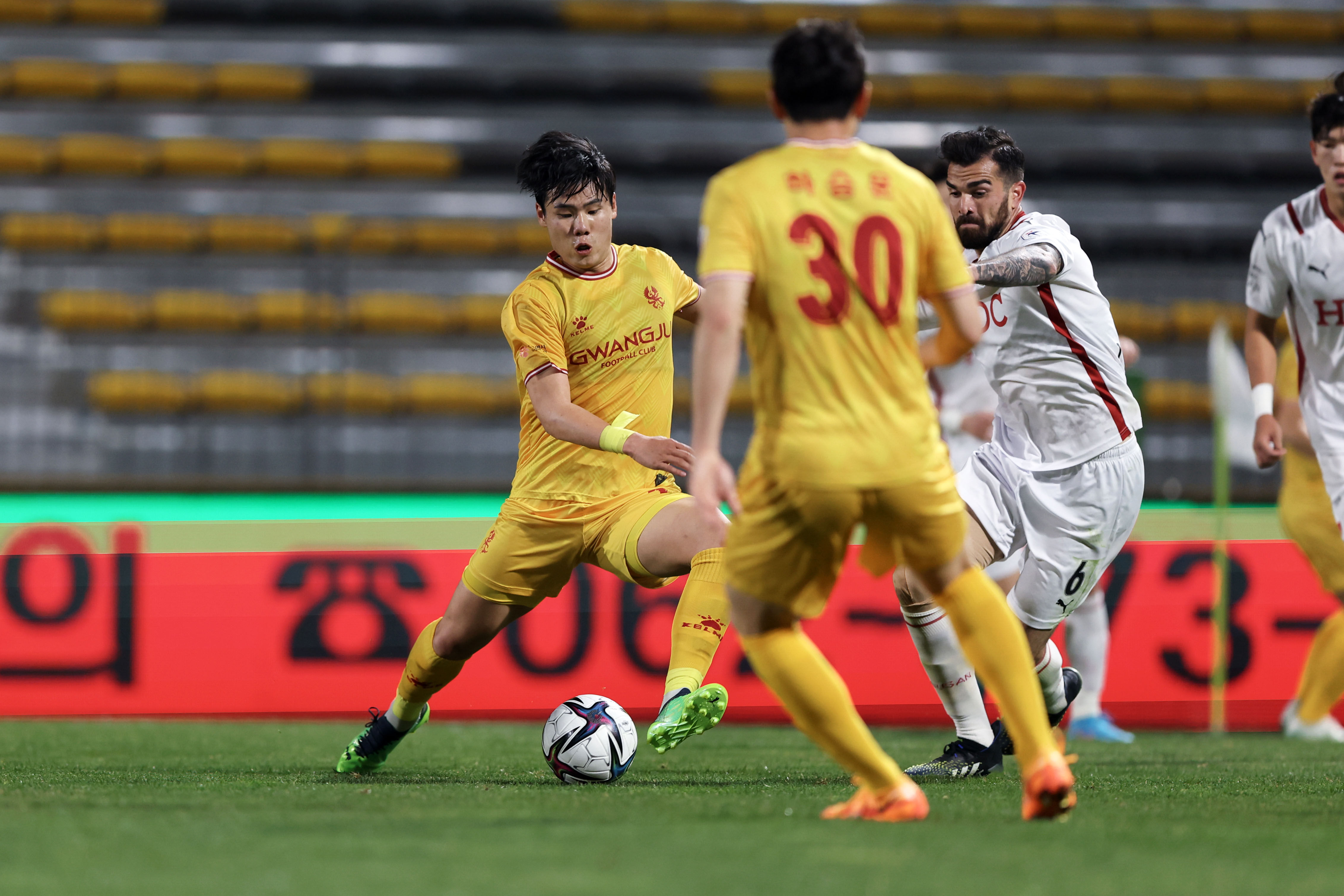 Just the three matches in Round 29 of the 2022 Hana 1Q K League 2 for now but there's no shortage of intrigue. Bottom host top as Busan IPark take on Gwangju FC, Gyeongnam FC will be looking to get their playoff push back on track against Ansan Greeners, and Bucheon FC 1995 take on Gimpo FC knowing that they could move second with a win. 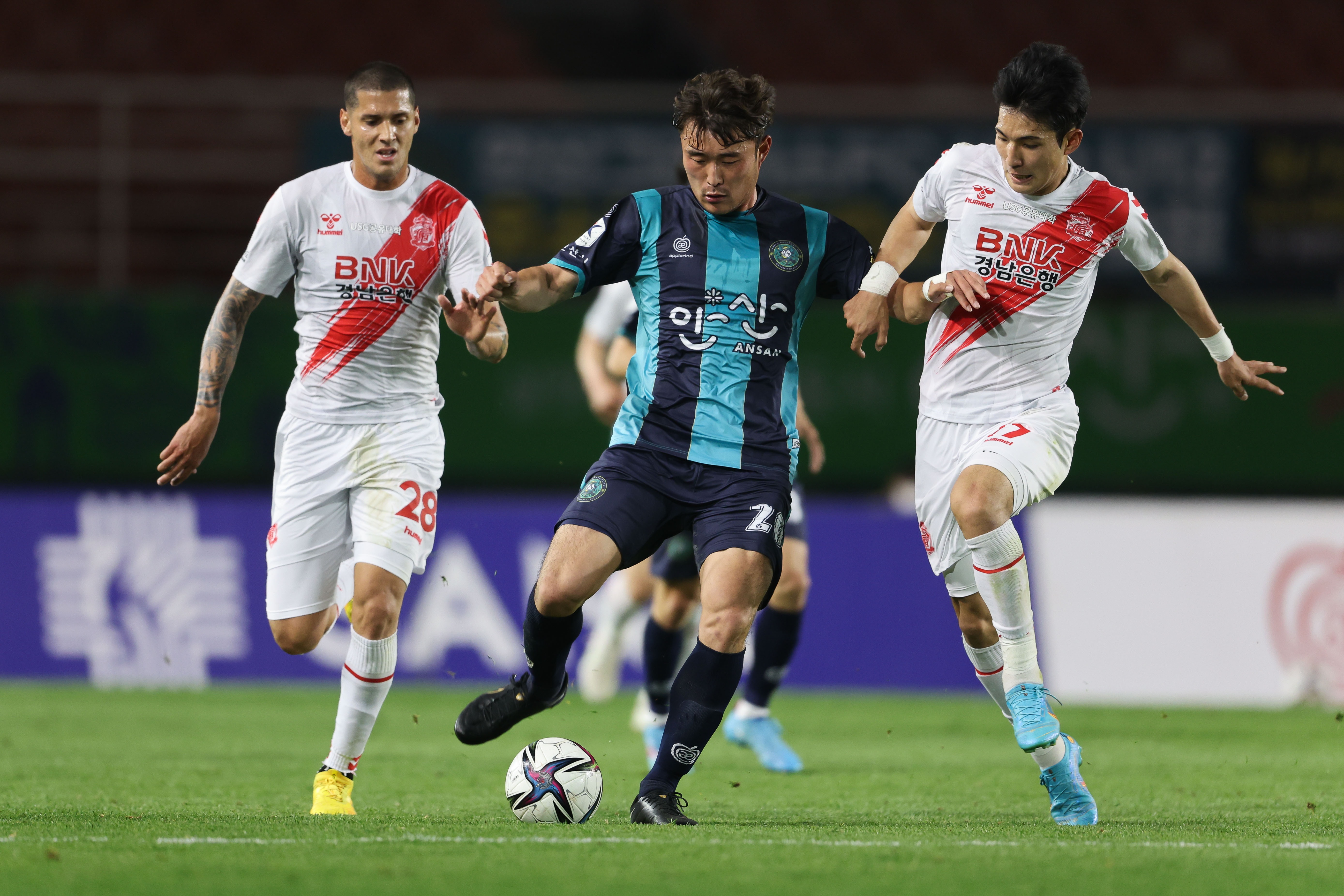 Gyeongnam FC take on Ansan Greeners on Tuesday night looking to bounce back from the 1-0 loss to Chungnam Asan last time out. Prior to which, the Roses had been on a run of seven unbeaten with three wins. Such a run of form had taken Seol Ki-hyeon's men up to sixth place and knocking on the door of the playoff positions.

Opponents Ansan Greeners, meanwhile, make the trip to Changwon on the back of two straight wins. Last time out, the Green Wolves beat Gimpo FC 3-1 at home to follow up a 1-0 away win over Busan IPark. Ansan have since moved up to ninth in the table.

There's been no shortage of goals between these two teams, certainly this season. From the two previous meetings, there have been nine goals shared between the two sides. The first meeting of 2022 ended in a 2-2 draw at Ansan's Wa~ Stadium in March where the Green Wolves fought back from 2-0 down to rescue a point with goals in the 86th and 90th minutes.

The second meeting also took place in Ansan but Gyeongnam came out on top in a 3-2 victory in what was a real ding-dong battle. Both teams took turns exchanging blows before Tiago Orobo bagged a 90th-minute winner. From 13 meetings Gyeongnam have five wins, Ansan four and four draws. Ansan's last win over Gyeongnam was October last year, a 2-0 victory thanks to a Kim Dong-jin own goal and a Lee Sang-min penalty. 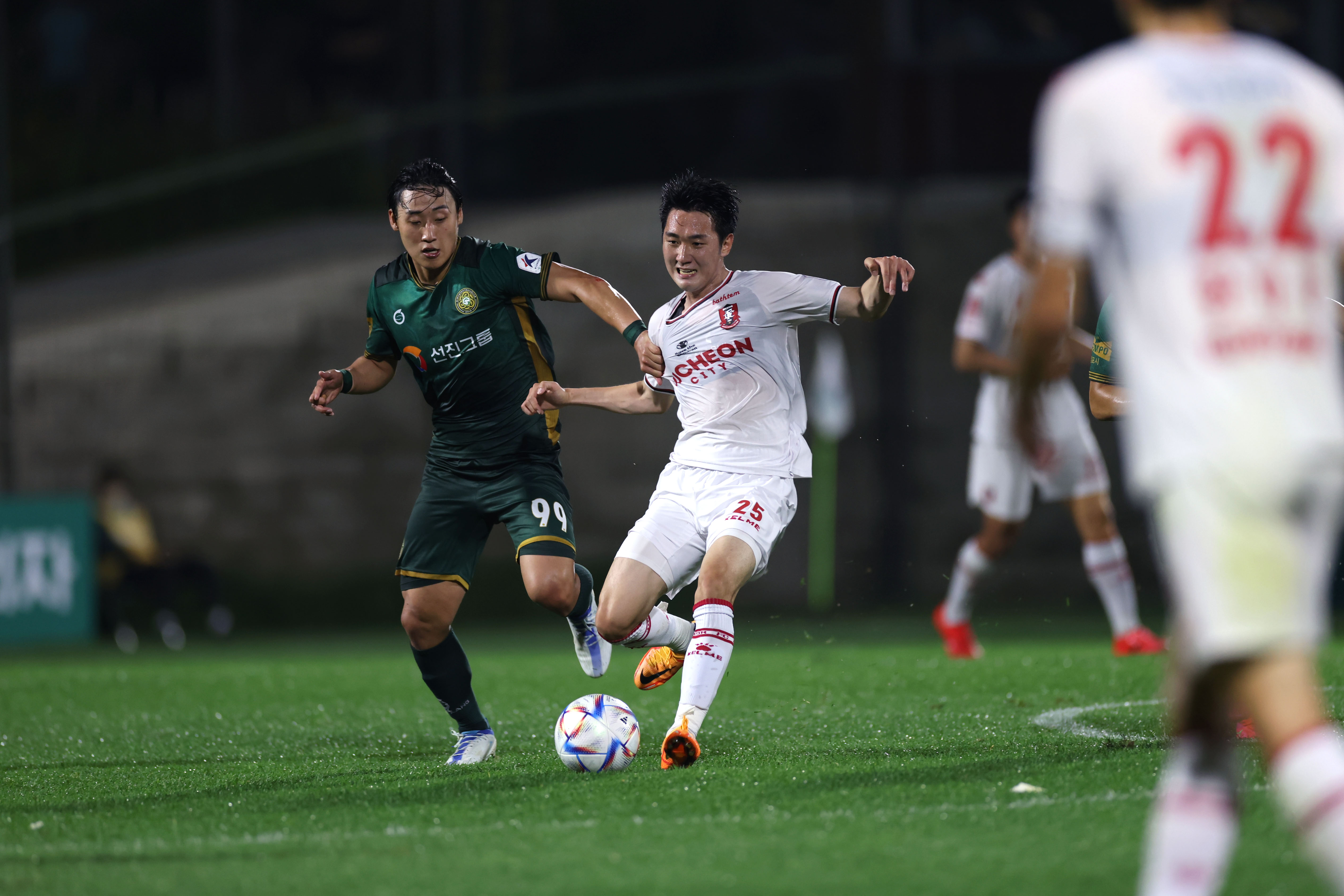 Gimpo FC will also be looking to get back to winning ways having lost last time out. Ko Jeong-woon's men lost 3-1 to Ansan Greeners and were unable to follow up their impressive away win over Jeonnam Dragons. Before said loss, Gimpo had suffered just one defeat in seven to seven the in the table.

They welcome Bucheon FC 1995 who make the short, 20-mile trip to Solteo Stadium this Tuesday. Bucheon are one of the league's form teams with just one loss in five with four wins, including two on the spin heading into Tuesday's match. Last time out, Bucheon eased past Chungnam Asan in a 2-1 win thanks to goals from Cho Hyun-taek and Lee Si-heon.

The Reds are now focused on catching the top two having leapfrogged FC Anyang into third place to sit one point behind Daejeon in second. Gimpo, meanwhile, have a shot at the playoffs but will need to beat Bucheon so not to widen the gap between themselves and Gyeongnam in sixth.

The two previous meetings from this season are the only two ever played between these two teams. Bucheon won the first 1-0 back in early March before Gimpo won the second 2-1 in mid-June. 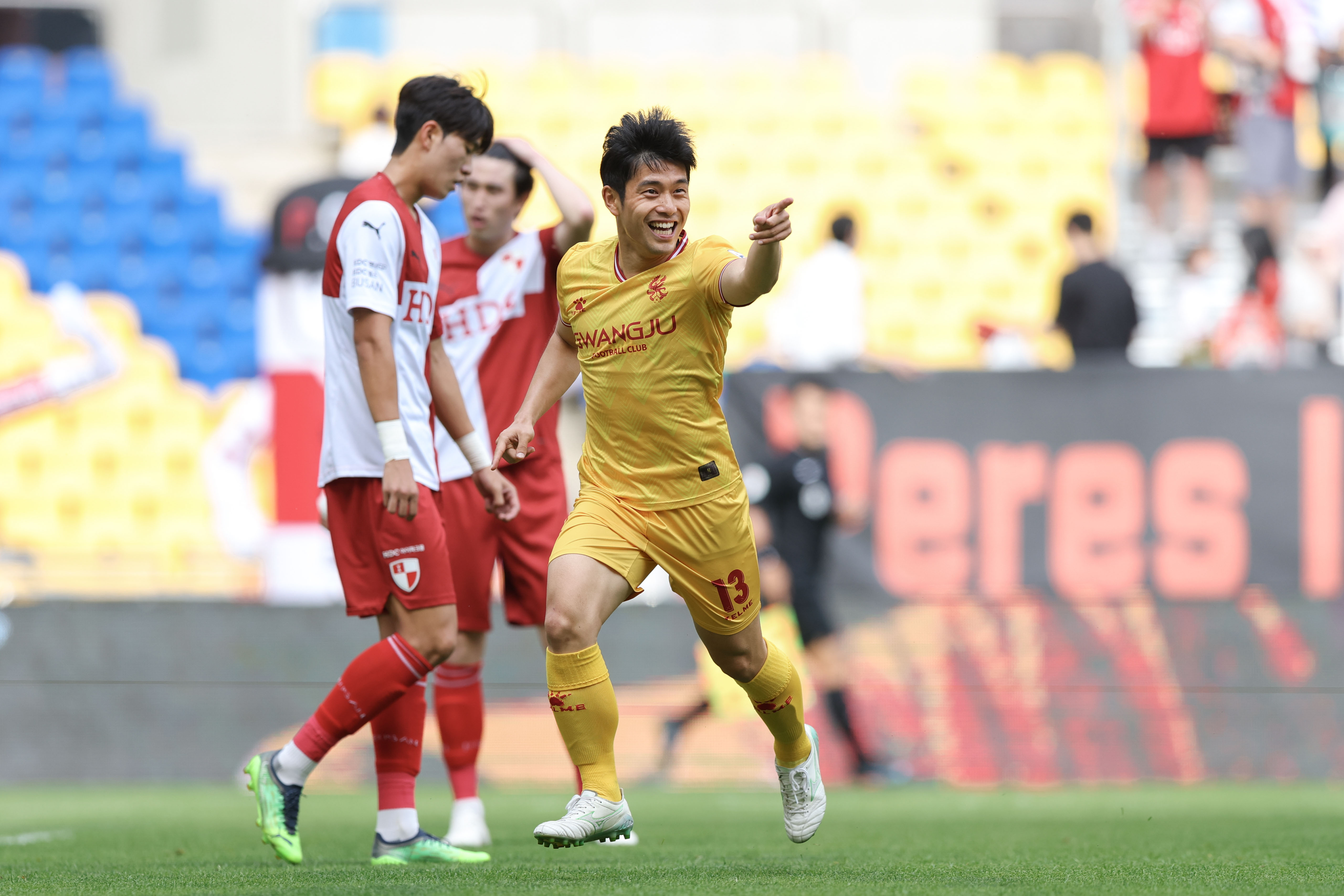 On Wednesday, the league's basement side Busan IPark welcome table-topping Gwangju FC to the Asiad Stadium. This was a K League 1 fixture just a couple of years ago when the two teams were in the top flight together in the 2020 season. Busan suffered relegation that year, Gwangju managed to finish in the top six under current IPark boss Park Jin-sub.

Park will be in the opposing dugout this Wednesday, trying to steer his team away from the foot of the table. Busan are four points adrift and have played a game more than Jeonnam in 10th. Gwangju, meanwhile, have a healthy seven-point cushion but have played one game more than Daejeon who sit this round out due to Cho Yu-min's international team commitments.

Busan are on a run of four without a win with three losses while Gwangju are four unbeaten but with just one win. The two previous meetings this term both went Gwangju's way, a 1-0 win in April and a 3-0 win in May.

Follow all the action LIVE, for FREE and in HD on TV.KLeague.com