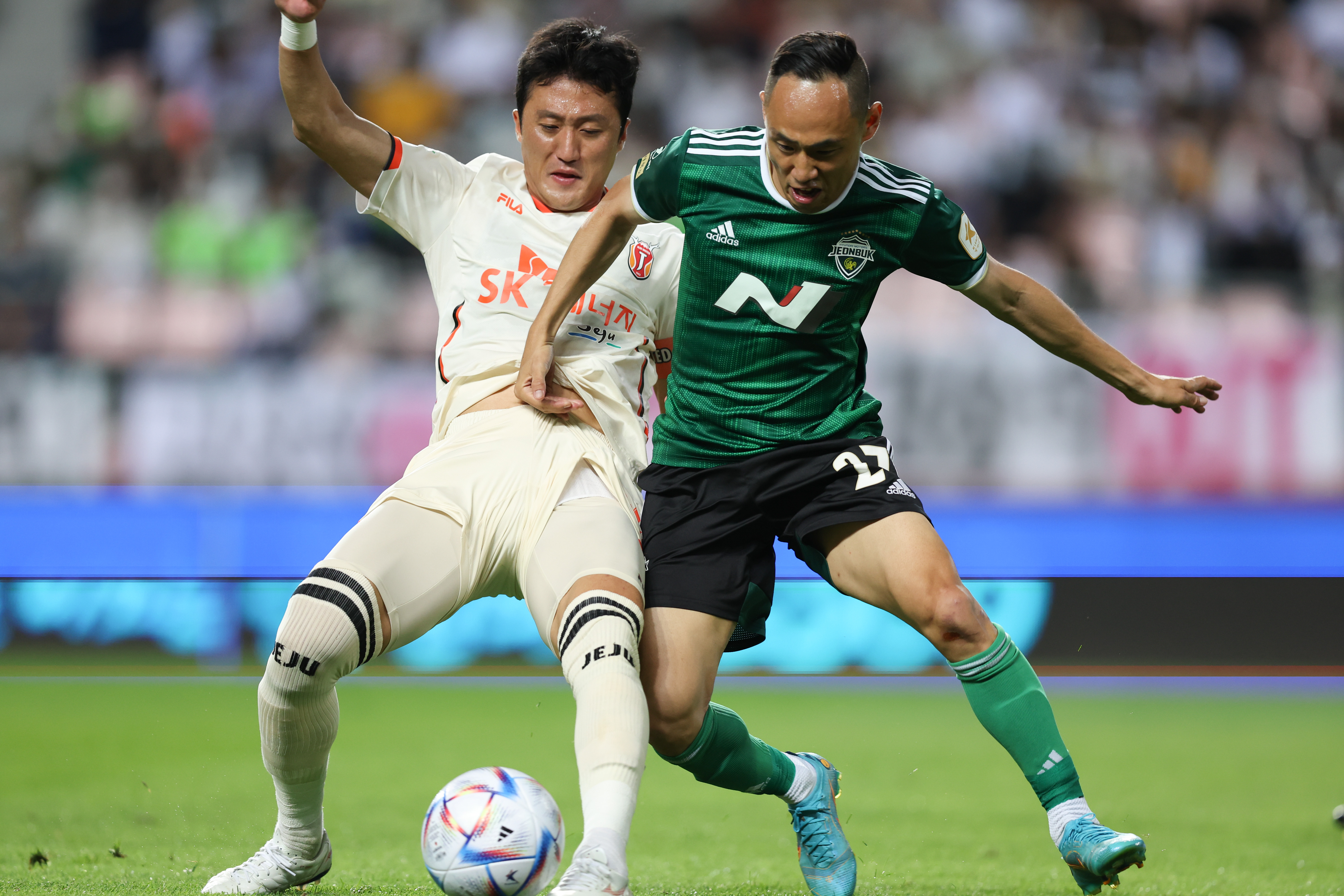 Jeonbuk Hyundai Motors return to action with a home fixture against Jeju United this Saturday. Prior to the international break, Jeonbuk had been on a run of seven unbeaten with five wins and had closed the gap at the top to five points. The gap had been as wide as 12 points back in June. Kim Sang-sik's side, then, will be looking to continue their pursuit of top spot as the season heads towards the business end of things.

Visitors to Jeonju Castle, Jeju United, were, at one point, second in the table but have since slipped to fourth following a run of one win in six matches. The Tangerines, however, are unbeaten in their last two following a 3-2 win over Seongnam and a 1-1 draw with fellow ACL hopefuls Pohang Steelers. Getting their ACL push back on track will be the aim this Saturday and will be looking to repeat their last two results against the Green Warriors.

Two 2-0 Jeju wins precede Saturday's clash, the first back in March before the second in May. Jeonbuk may look to win the match by the way of getting crosses into the box, having made the most headed shots in the division - Jeju the fewest. United, though, have the league's joint-top scorer in Joo Min-kyu who has 12 to his name from an xG of 11.25. 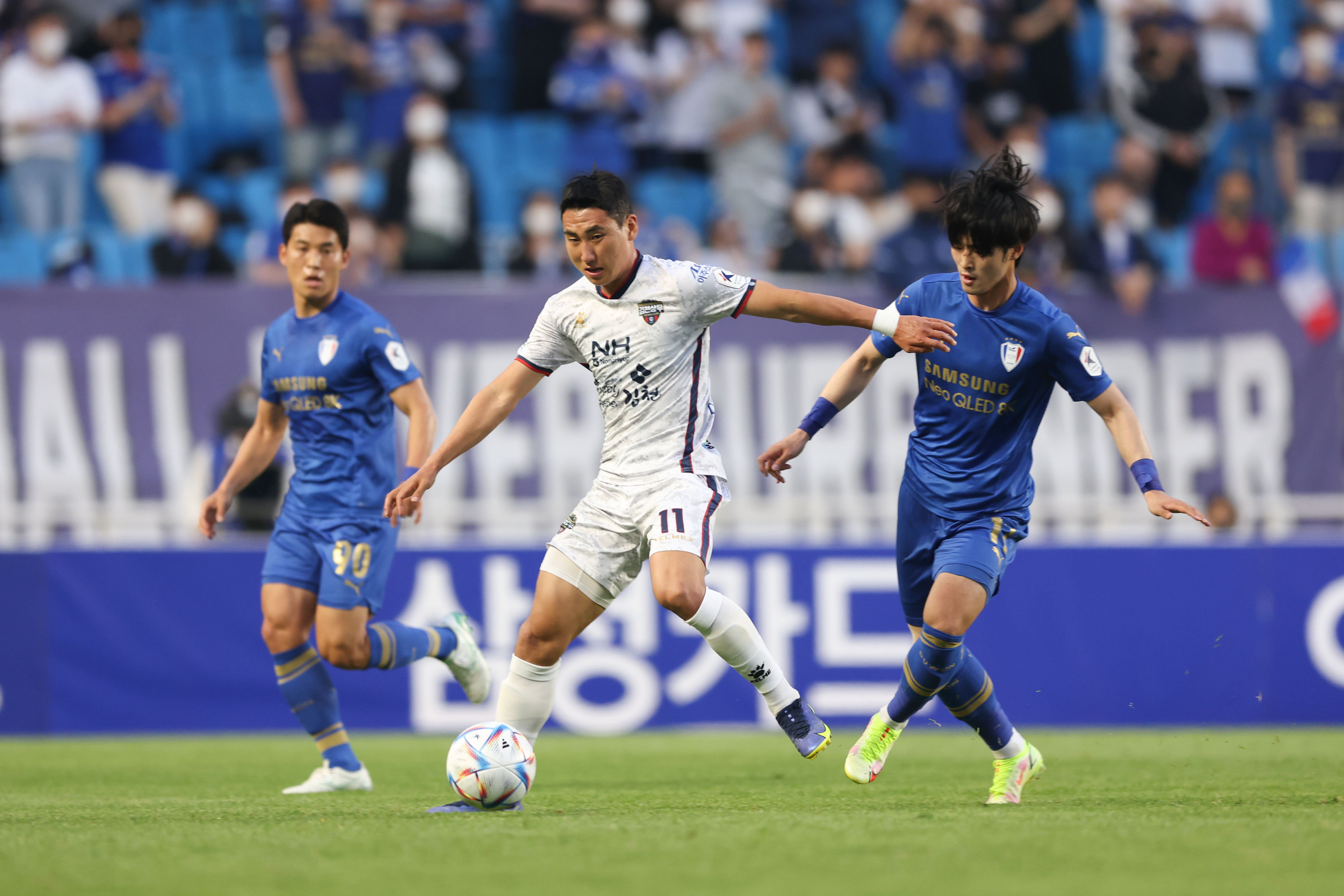 Neither Suwon Samsung Bluewings nor last year's K League 2 champions Gimcheon Sangmu will want to admit it but this Saturday's clash is a relegation six-pointer. Suwon Bluewings are 11th in the table with 20 points while Gincheon sit one place and two points above in the other relegation playoff place. A win for either team could help kickstart their season while a defeat would cut them further adrift from the mid-table pack - FC Seoul in 9th are four points ahead of Gimcheon and six ahead of Suwon.

The Bluewings welcome Gimcheon to Big Bird on the back of two straight losses and after a run of 10 matches without a win. The Bluewings' last win was back in May and against their opponents this Saturday, Gimcheon. Goals from Lee Ki-je and Jeon Jin-woo helped Suwon onto a 2-1 victory and capped off a run of three wins in four. Gimcheon's most recent win was only a few rounds ago and came as something of a surprise after putting four past Jeju United. Gimcheon will be hoping that Cho Gue-sung returns from EAFF E-1 action in goal-scoring form. The on-loan Jeonbuk striker is the league's joint top scorer. Suwon, meanwhile, will be hoping that An Byong-jun can add to his tally having got off the mark for the Bluewings last time out. 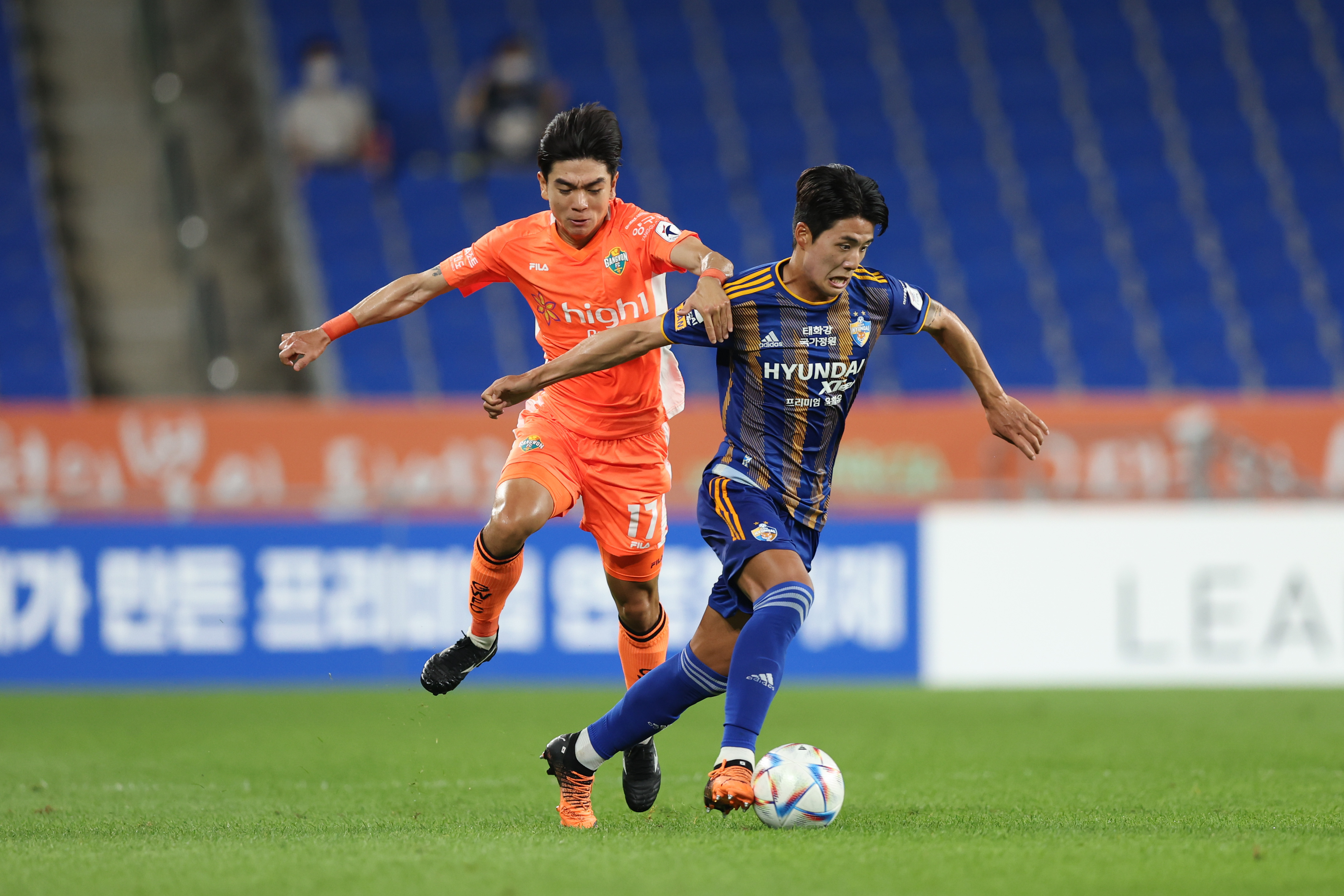 League leaders Ulsan Hyundai are in action this Saturday against a resurgent Gangwon FC. Ulsan are in good form, too, with just two losses in their last 14 in all competitions and so will be keen to pick up where they left off before the break. The Horangi welcome Gangwon FC, a side that was enjoying an upturn in form before the EAFF-forced break. Choi Yong-soo's side picked up four wins from their last five matches and had moved up to seventh and within just a point of the top half.

The upturn in form has been helped by the performances of Yang Hyun-jun who scored a hat-trick last time out in Gangwon's 4-2 win over Suwon FC. Yang became a star overnight following his dazzling cameo against Tottenham Hotspur Team K League just over a fortnight ago. With four goals and five assists, Yang is now second in the club's goal contribution charts while Gangwon have rocketed up to fourth in the league's own scoring charts with 30 goals scored from an xG of 26.55. Ulsan, though, are the league's joint-top scorers with 33 and have Um Won-sang as the club's top scorer with 10, two of those goals came against Gangwon earlier in the campaign. Leonardo - who has nine goals so far - also has also scored twice against Gangwon this season.

The game has been selected for overseas broadcasting, check local listings for further details.

Alternatively, the game can be followed on TV.KLeague.com The battle of the red and black stripes sees Pohang Steelers take on FC Seoul this Saturday. Pohang are unbeaten in four with three wins and sit third in the table, three points clear of Jeju in fourth. Seoul, meanwhile, despite the win over Daegu last time out, sit ninth but know that a win over the Steelers could move them to within touching distance of the top half. Seoul will be looking to two of their foreign stars, Stanislav Iljutcenko and Aleksander Paločević, to inspire them to victory. For the duo, it will be the first time back at the Steel Yard together since departing at the end of 2020.

Seoul have a decent record against Pohang having gone unbeaten against them in their last five meetings. The first encounter of 2022 ended in a 1-1 draw before Seoul picked up a 1-0 win at home in May courtesy of a 78th-minute Na Sang-ho goal. Pohang actually have the best shooting accuracy in K League 1 with 39.8% while Seoul have dispatched the most shots at 282 but fall to 8th for accuracy. 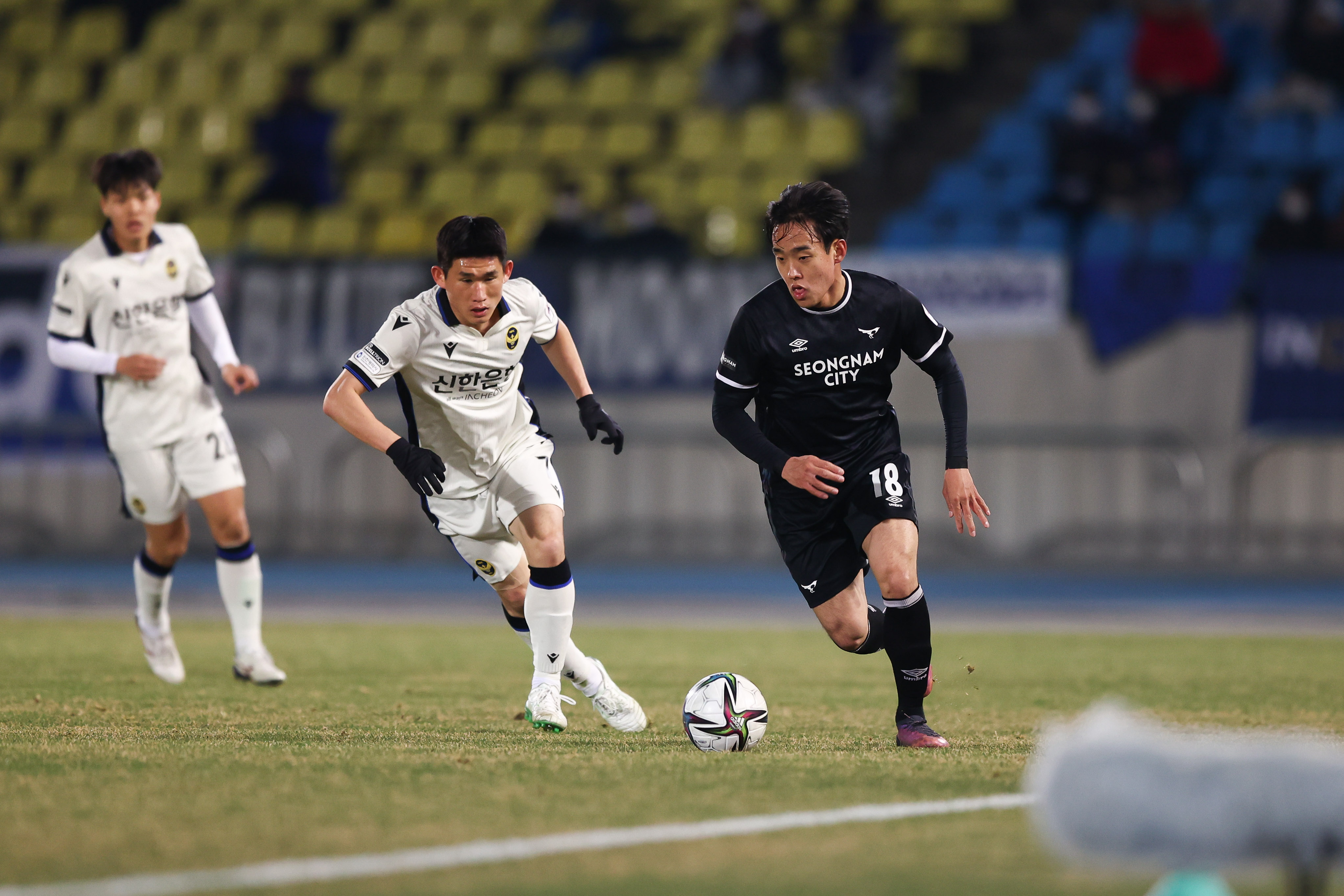 The league's basement side, Seongnam FC, are at home to Incheon United this Saturday. The Magpies sit eight points adrift at the bottom of the table and 14 points from absolute safety. With just 11 rounds to go until Final Round, time is of the essence for Kim Nam-il and his men to turn things around. Seongnam welcome Incheon on the back of four straight losses and haven't won since May 21st, the 1-0 win over FC Seoul. Incheon, meanwhile, won last time out for what was their first win in five. The Blue Black, though, have had just one loss in that time too and sit firmly in the top half, holding fifth place and six points clear of seventh.

Saturday's contest, then, is one between two teams with very different objectives. For Seongnam, it's a fight to at least avoid automatic relegation. For Incheon, it's all about finishing in the top half of the table for the first time since 2013. Seongnam's top scorer this term is Goo Bon-cheol who, up until last season, was on the books of Incheon United. The 22-year-old has four goals to his name as well as two assists while recent signing Miloš Raičković is second with three goals but all have come in 3-2 defeats. Incheon won the first two meetings of 2022, both by the same scoreline of 1-0 and have lost to Seongnam just twice in the last 10 encounters with the Magpies. 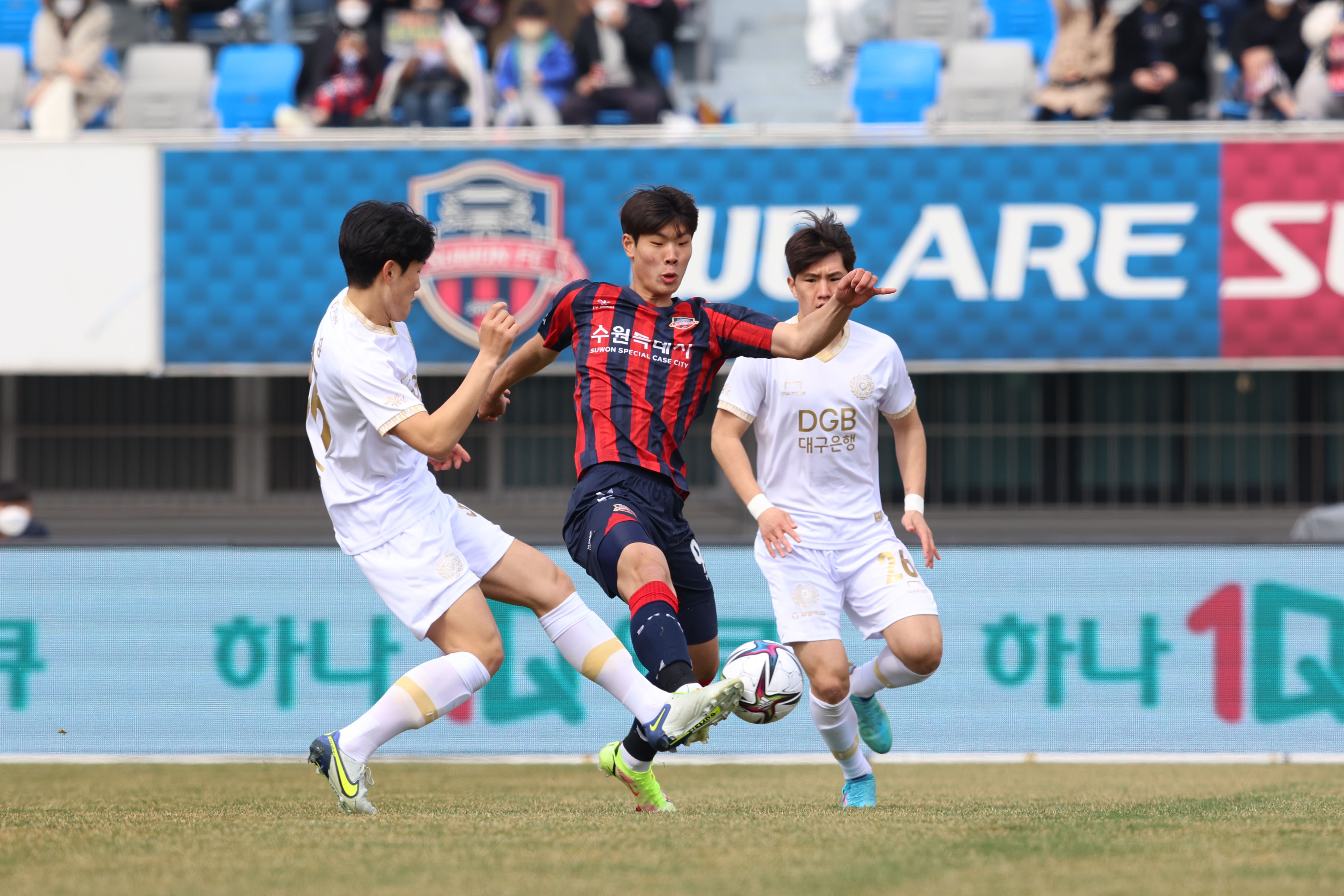 Just two points separate these two teams, both of which are looking to earn a place in the top half of the table. Currently, hosts Suwon FC occupy the last place in the top half of K League 1 but sit just two points and two places above their opponents this Sunday, Daegu FC. The two meet on the back of contrasting fortunes with Suwon recording just one loss in their last five while Daegu have just one win in their last five. The caveat, though, being that the Sky Blues had been on a long unbeaten run but with nine draws in their last 13 games.

Returning to winning ways is the task at hand for Daegu boss Alexandre Gama. He will be looking to his fellow countrymen Zeca, Cesinha, and Daniel Penha - who had a solid debut against FC Seoul last time out - to do so. Cesinha has five goals and five assists and leads the team's goal contribution tally while Zeca has five goals and three assists. The Sky Blues' top scorer, though, is Go Jae-hyeon with eight. Only two of the young winger's goals this season have come away from DGB Daegu Bank Park. Suwon's top scorer is Lee Seung-woo but the former Barca youth forward is suspended after being sent off last time out. The record between these two sides over the last 10 meetings is dead even with four draws and both teams winning three each. In 2022, the two teams played out a 0-0 draw as well as a 4-3 thriller which Suwon won.

Suwon FC versus Daegu FC has been chosen for overseas broadcasting, check local listings for details.

Alternatively, the game can be viewed LIVE, for FREE and in HD on TV.KLeague.com 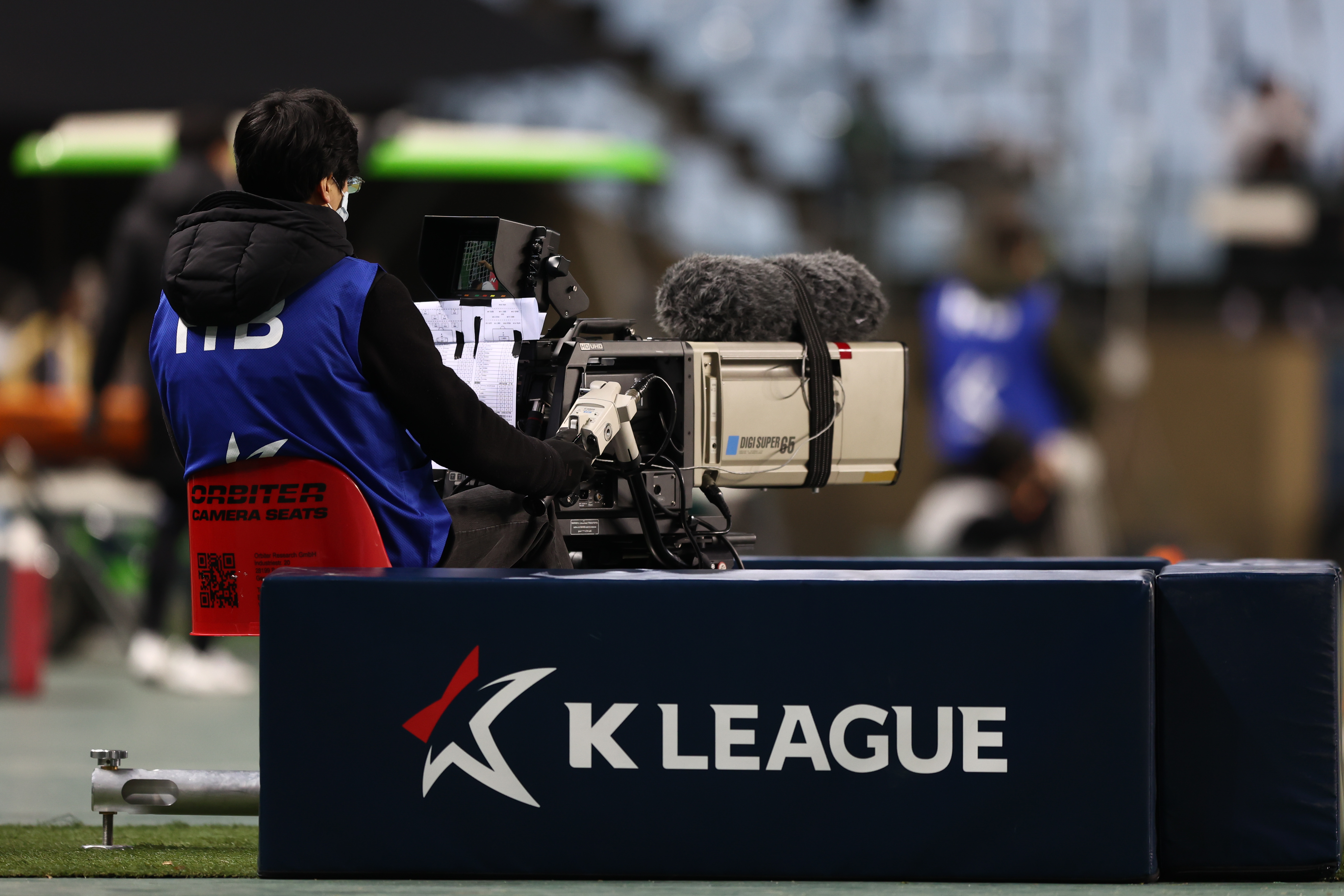