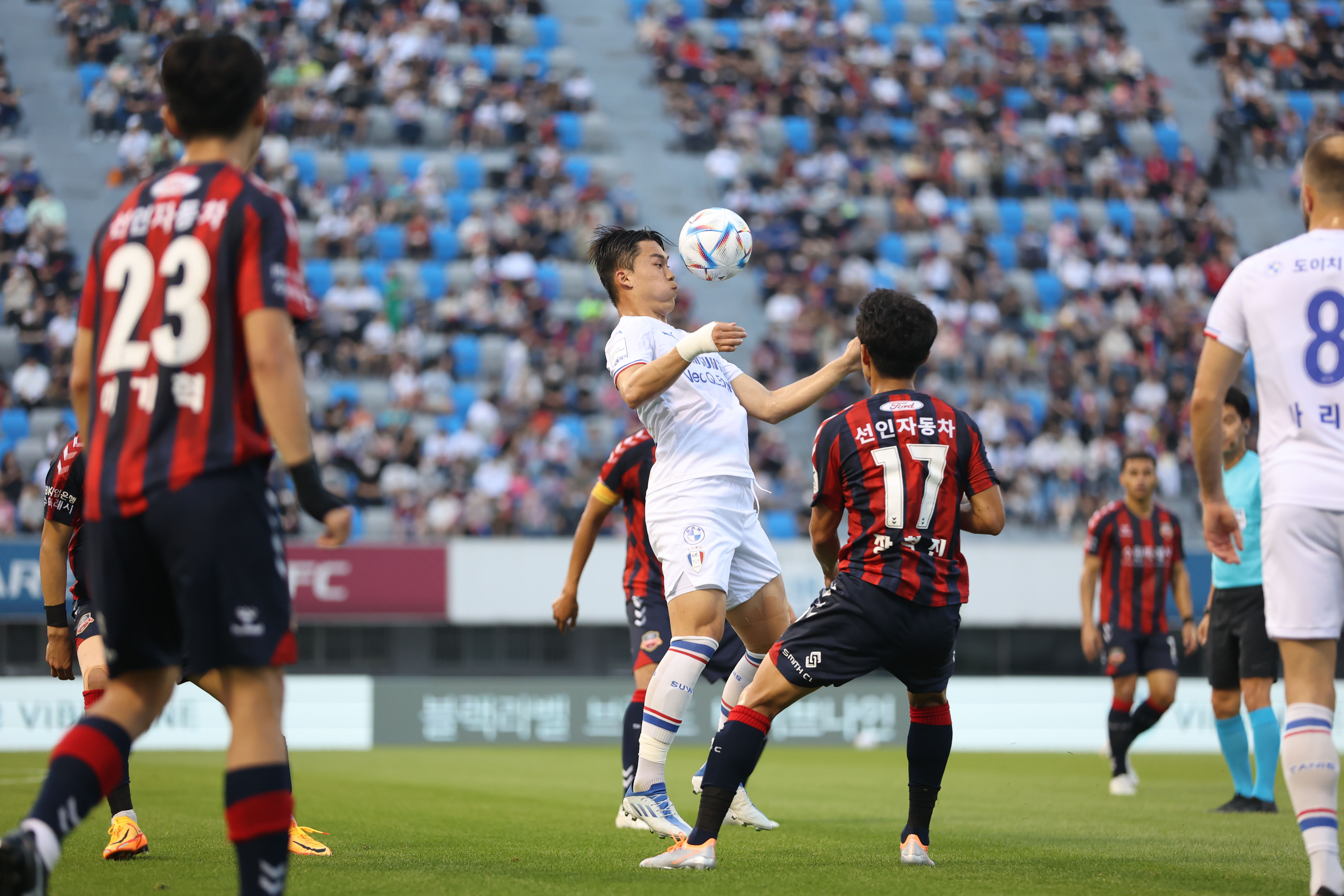 Games are coming thick and fast as the 2022 Hana 1Q K League 1 season reaches Round 27. There are two games Friday, two Saturday and two on Sunday. While Jeonbuk Hyundai Motors versus Ulsan Hyundai, the clash of the top two, will be seen as the standout match, the Alternative Match of the Round is the Suwon Derby - a contest which always seems to produce goals and excitement. Gangwon FC are the Team of the Round following the win over Jeonbuk last time out while Stanislav Iljutcenko is the Player of the Round after scoring his second in three games for FC Seoul on Tuesday. 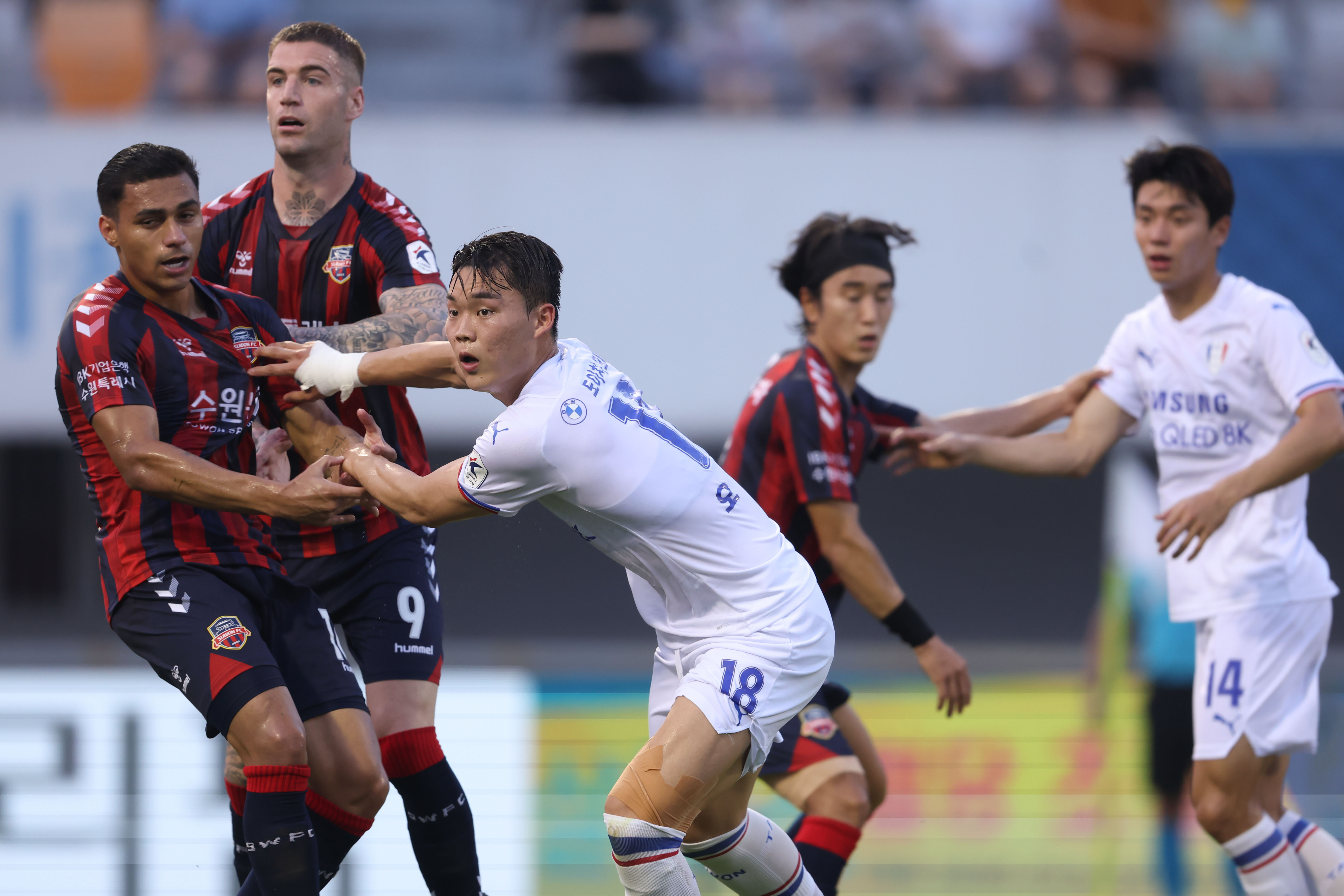 The third Suwon Derby of 2022 sees top-six chasing Suwon FC taking on a relegation-threatened Suwon Samsung Bluewings this Saturday. Kim Do-kyun's Suwon FC have their sights set on reaching the top six for the second season in a row while Bluewings gaffer Lee Byung-keun, who only took over earlier this season, is looking to steer his side away from the bottom three. In midweek, Suwon FC drew 1-1 with Incheon United, their second stalemate in a row but, with just one loss in nine, are in good form. Kim Hyun levelled proceedings for what was his second goal in as many matches.
The Bluewings, meanwhile, picked up their first win since May on Wednesday night, overcoming Daegu FC in a 2-1 away victory. The winner was scored by 21-year-old striker Oh Hyeon-gyu who showed great strength, determination and poise to muscle his way through on goal before finding the back of the net. He has four goals for the season but the three previous strikes came in draws. His goal against Daegu was the first winner he scored for the Bluewings and the first game he had scored in where Suwon had won. Oh hadn't scored for the Bluewings before moving on loan to Gimcheon in 2019. He got five last year in K League 2 as Gimcheon went on to win the title meaning one more this season will equal his personal best.
The most recent Suwon Derby from the tail end of June ended in a comprehensive 3-0 home win for Suwon FC at the tail end of June thanks to goals from Murilo, Jang Hyeok-jin and Lee Seung-woo. The Bluewings won the first meeting, sealing a 1-0 victory in Round 2 back in February courtest of a Park Hyung-jin goal in the 22nd minute.
There's usually a winner in this fixture as only one of the previous 10 K League Suwon derbies has ended in a draw - a 0-0 stalemate in March 2021. There are usually goals too with, on average, 2.4 per match over the last five encounters and three per match overall. Some of the more high-scoring derbies include a 3-2 Bluewings win in October 2016 and a 5-4 Suwon FC win earlier that same month.
The match has been chosen for overseas broadcasting, check local listings for more information. Alternatively, the Suwon Derby is also available LIVE, for FREE and in HD on TV.KLeague.com. 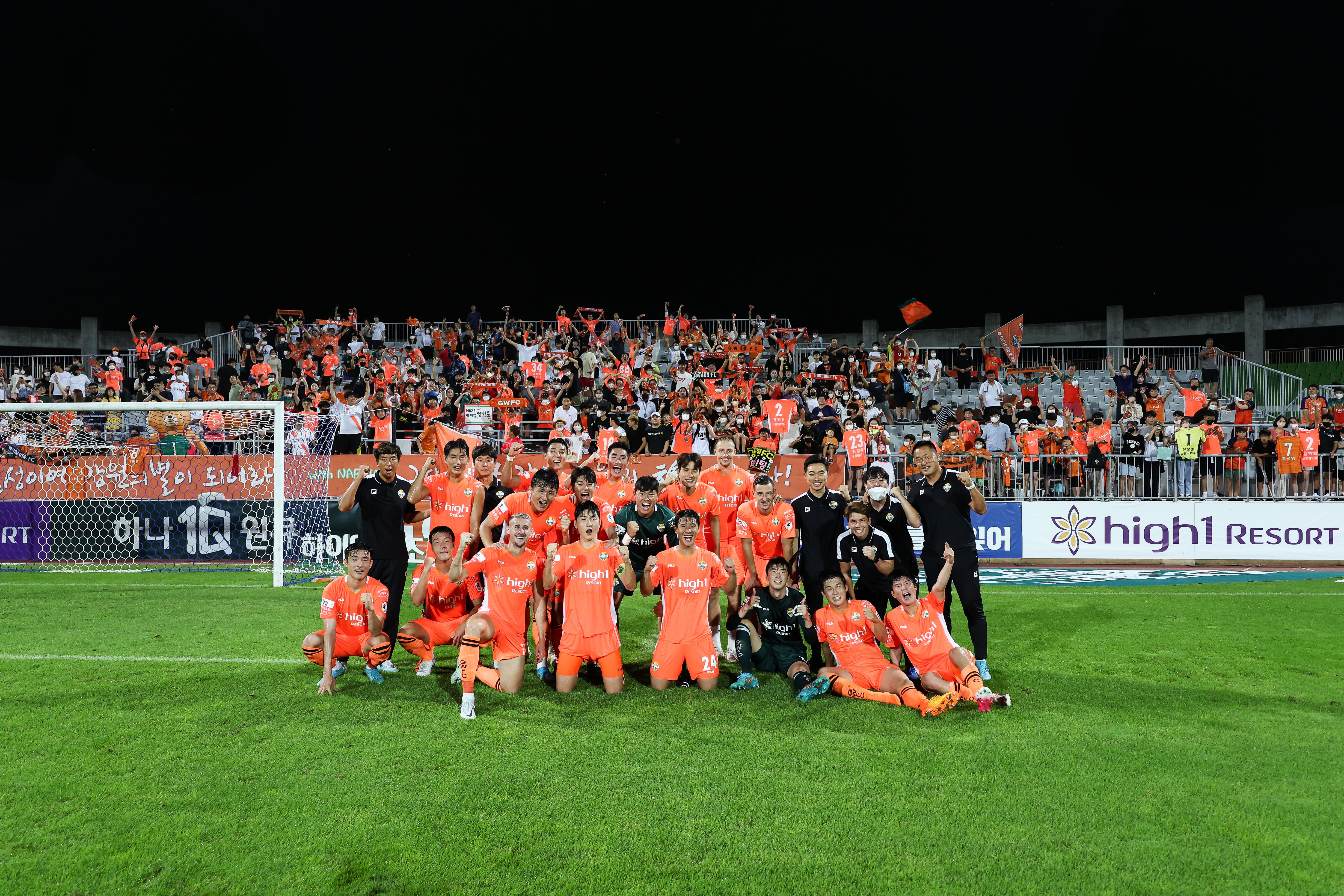 Gangwon FC have shot up to seventh in the table following Wednesday's 2-1 win over reigning champions Jeonbuk Hyundai Motors. Wonderkid Yang Hyun-jun scored the game's opener on 53 minutes, turning in a wonderfully weighted Kim Dae-won cross, before Hwang Moon-ki sealed the win two minutes from time. Choi Yong-soo's side are now locked on 30 points with Suwon FC and FC Seoul heading into the weekend's fixtures and are only four points behind Jeju United in fourth. What's interesting about Gangwon this season is that, with 33 goals, they have the fourth-best attack in the division but rank ninth for the number of shots dispatched and eighth for accuracy and are performing.  above their xG of 27.96. This weekend they take on a Pohang Steelers side which sits third and on course for ACL qualification. 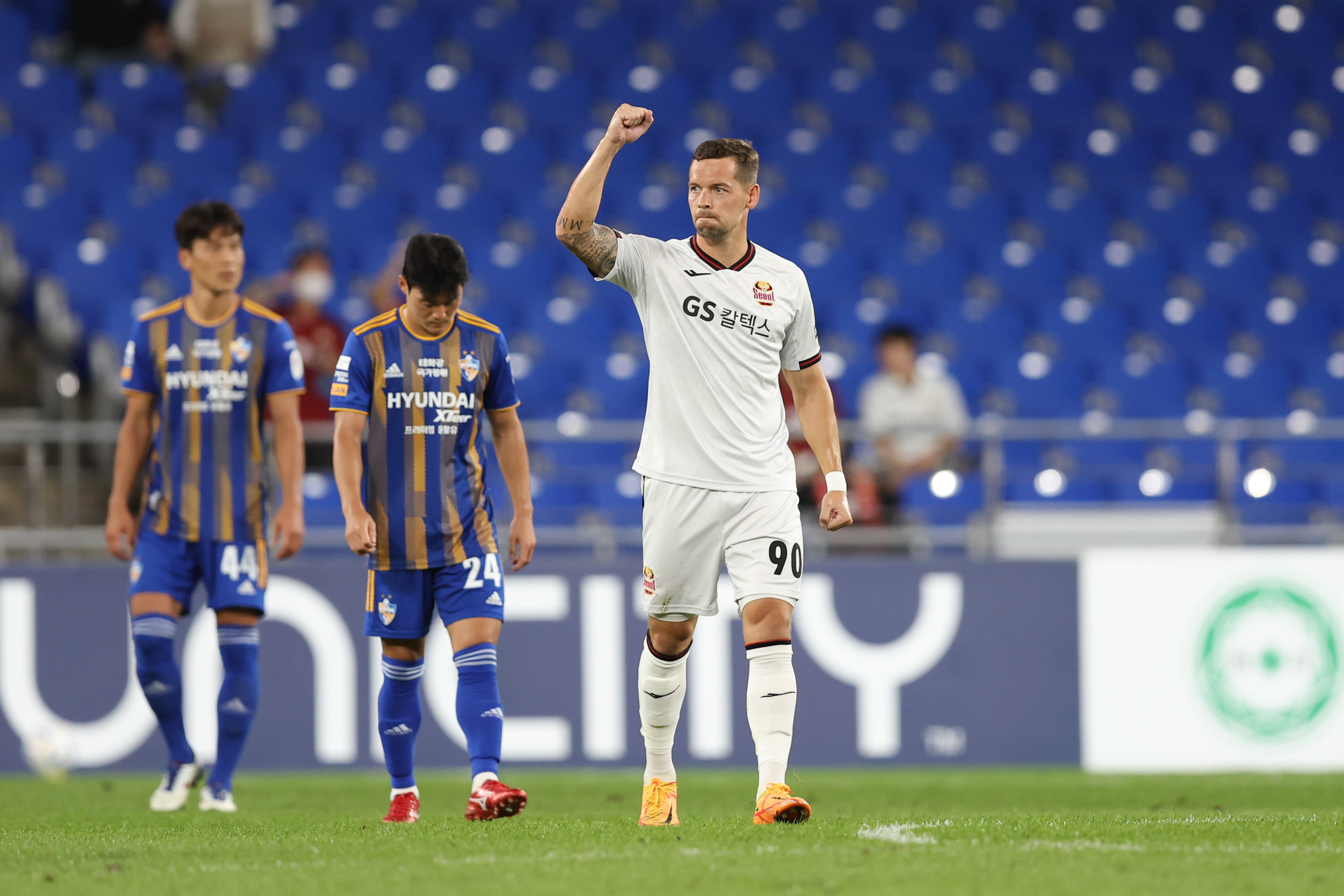 Another goal for Stanilslav Iljutcenko for FC Seoul on Tuesday night helped his team extend their unbeaten run to three. For the big striker, it was his second since joining the club and his third goal involvement. At the Munsu against Ulsan Hyundai, Iljutcenko showed great predatory instincts to pounce on a loose ball in the box and tuck it away from close range. It was the only chance that he had but the only one he needed. It was also the only touch he had in the box. Throughout the 51 minutes he was on the pitch, the former Pohang and Jeonbuk striker won 75% of his offensive duels, and needed just one touch in the box and one chance on goal to score. This Friday night FC Seoul take on Jeju United, a side which lost to Seongnam FC last time out and have just one win in their last five.
[READ: 2022 Hana 1Q K League 1 Round 27 Preview] 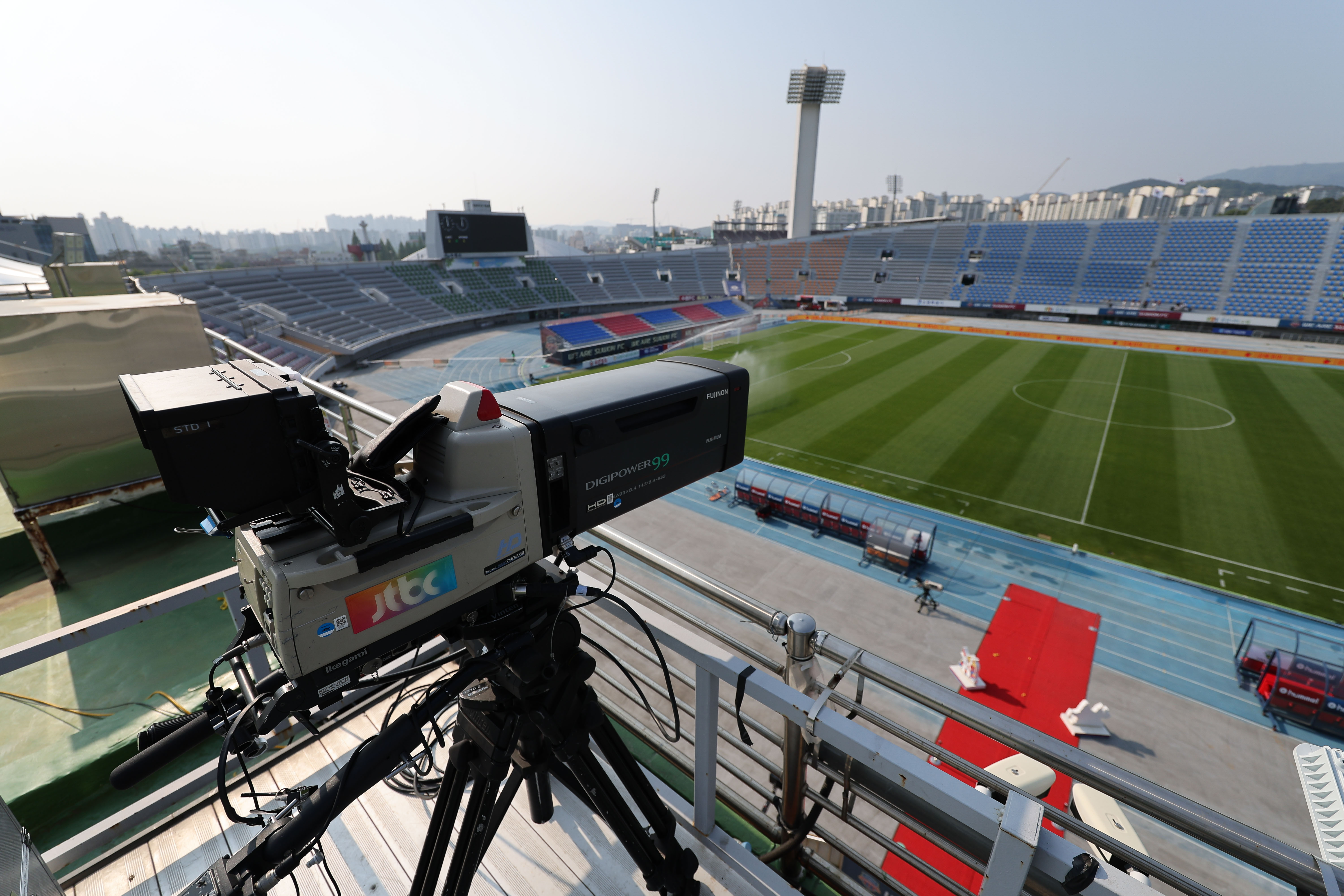 The Suwon Derby on Saturday as well as Jeonbuk Hyundai Motors versus Ulsan Hyundai on Sunday have been chosen for overseas broadcasting. Check local listings for details.
Alternatively, all matches are available LIVE, for FREE and in HD on TV.KLeague.com.