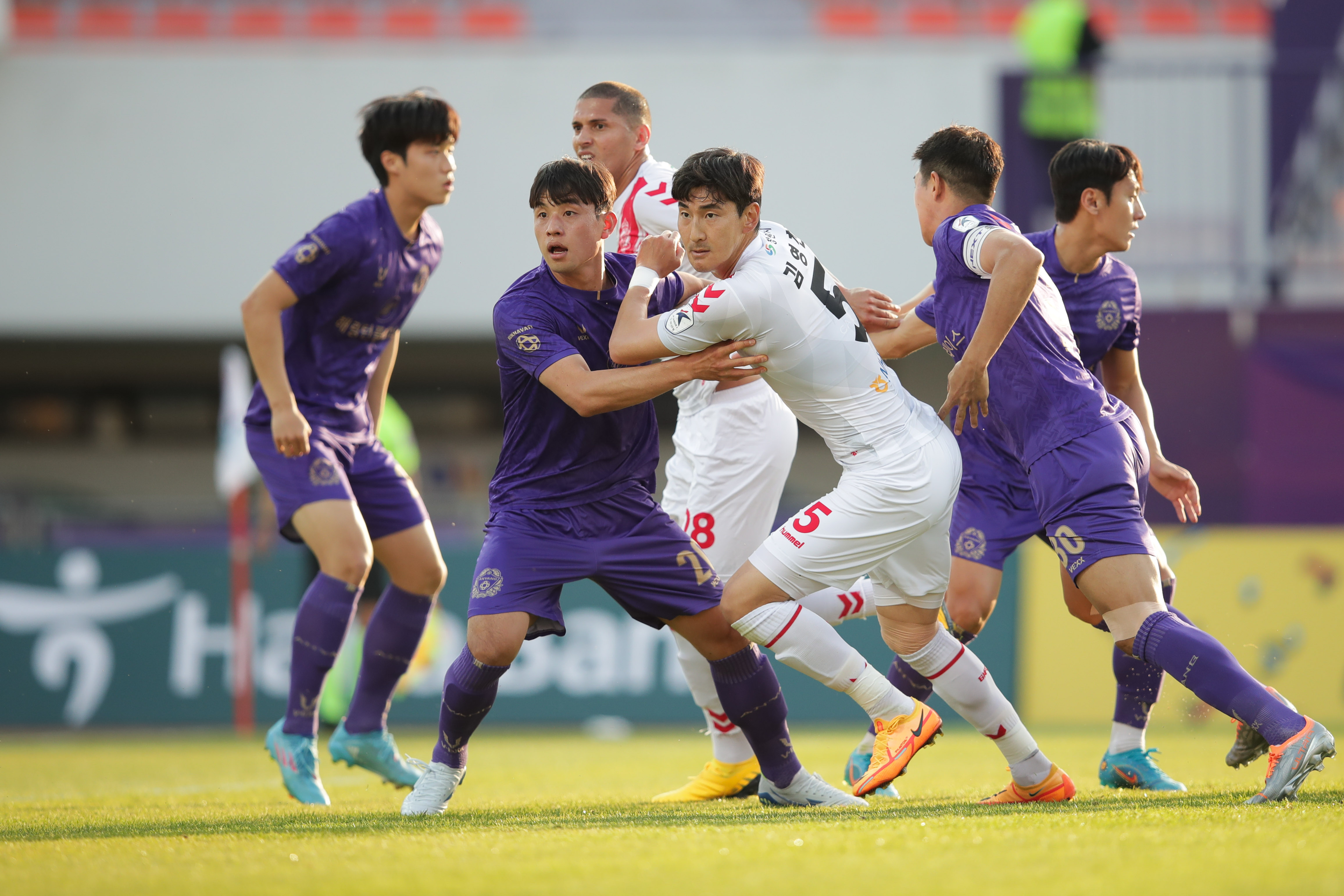 Round 31 of the 2022 Hana 1Q K League 2 season will be spread over three days with games on Saturday, Sunday, and Monday. The Match of the Round is Gyeongnam FC versus FC Anyang, two teams with aspirations of winning promotion this season. League leaders Gwangju FC are the Team of the Round following their hugely important win over Daejeon Hana Citizen last time out; they play Chungnam Asan on Sunday. Finally, Indonesia national team star Asnawi Mangkualam is the Player of the Round after two goals in his last three matches. 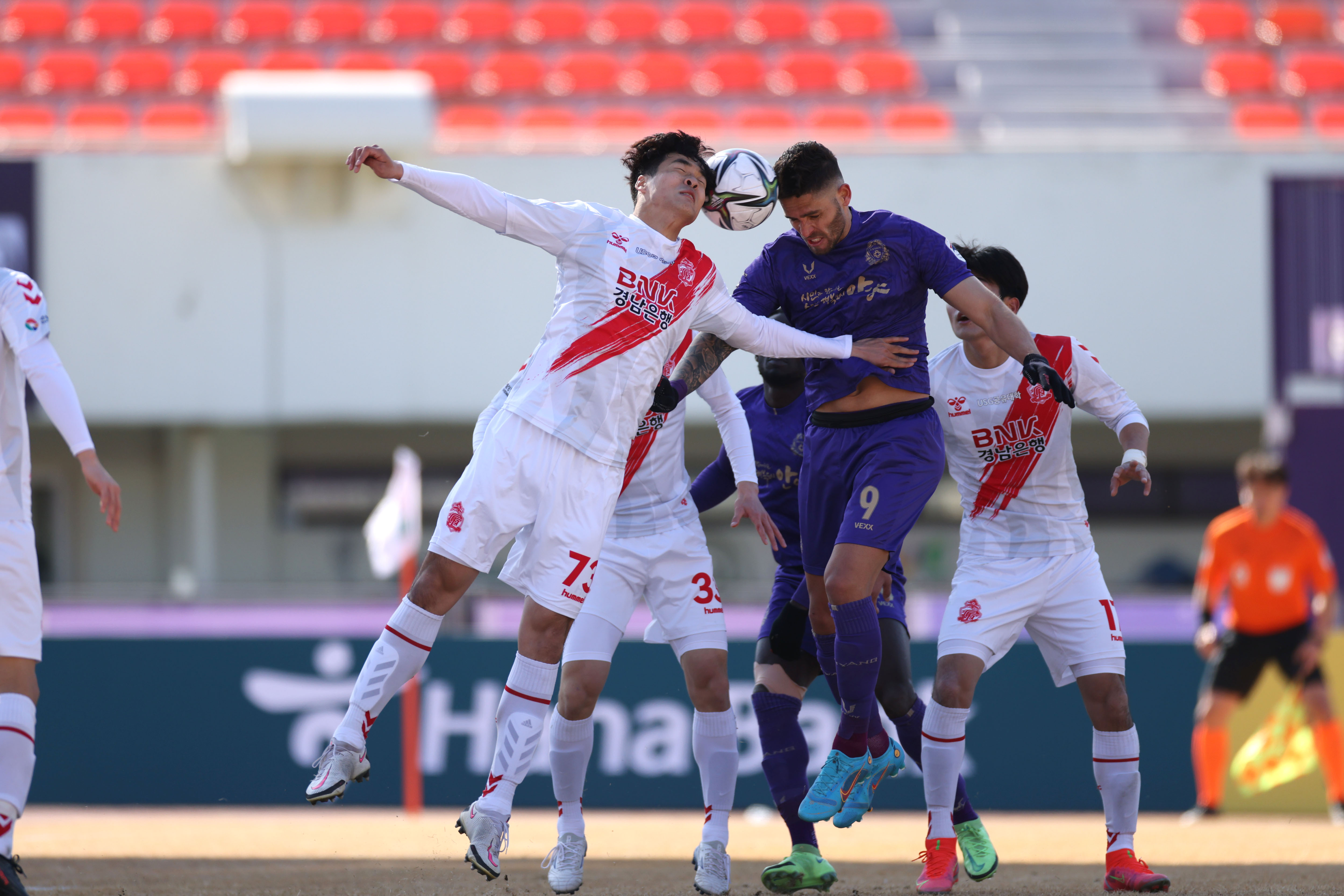 Two teams with genuine playoff hopes, Gyeongnam FC and FC Anyang, meet this Monday night for what will be seen as the Match of the Round. Hosts Gyeongnam find themselves at a crucial point in the season, sitting five points outside the playoff places following the defeat to Bucheon last time out. If Seol Ki-hyeon's men are to burst into the top five then a win over FC Anyang will be seen as a must. The Roses will be a thorn in the side of Anyang, though, being the league's top scorers with 44. Tiago Orobó has 14 of them and is the league's top scorer.
Anyang are unbeaten in eight with five wins heading into Monday's clash. The Violets have also kept three cleansheets on the spin and sit third in the table, one point behind Bucheon who have played a game more. While Anyang's goals scored tally of 30 (xG 29.64) is a little more modest compared to Gyeongnam's, they have the fourth-best accuracy at 38% but the fewest from open play. Defending from setpieces might be Gyeongnam's priority in this one. Leading Anyang's goal-scoring charts are JonathanMoya (8), Kim Kyung-jung (6), and Maxwell Acosty (5). Kim scored against Gyeongnam earlier in the campaign, as did Acosty. Gyeongnam have had the upper hand over the last 10 meetings between the two teams, winning seven and losing just twice. 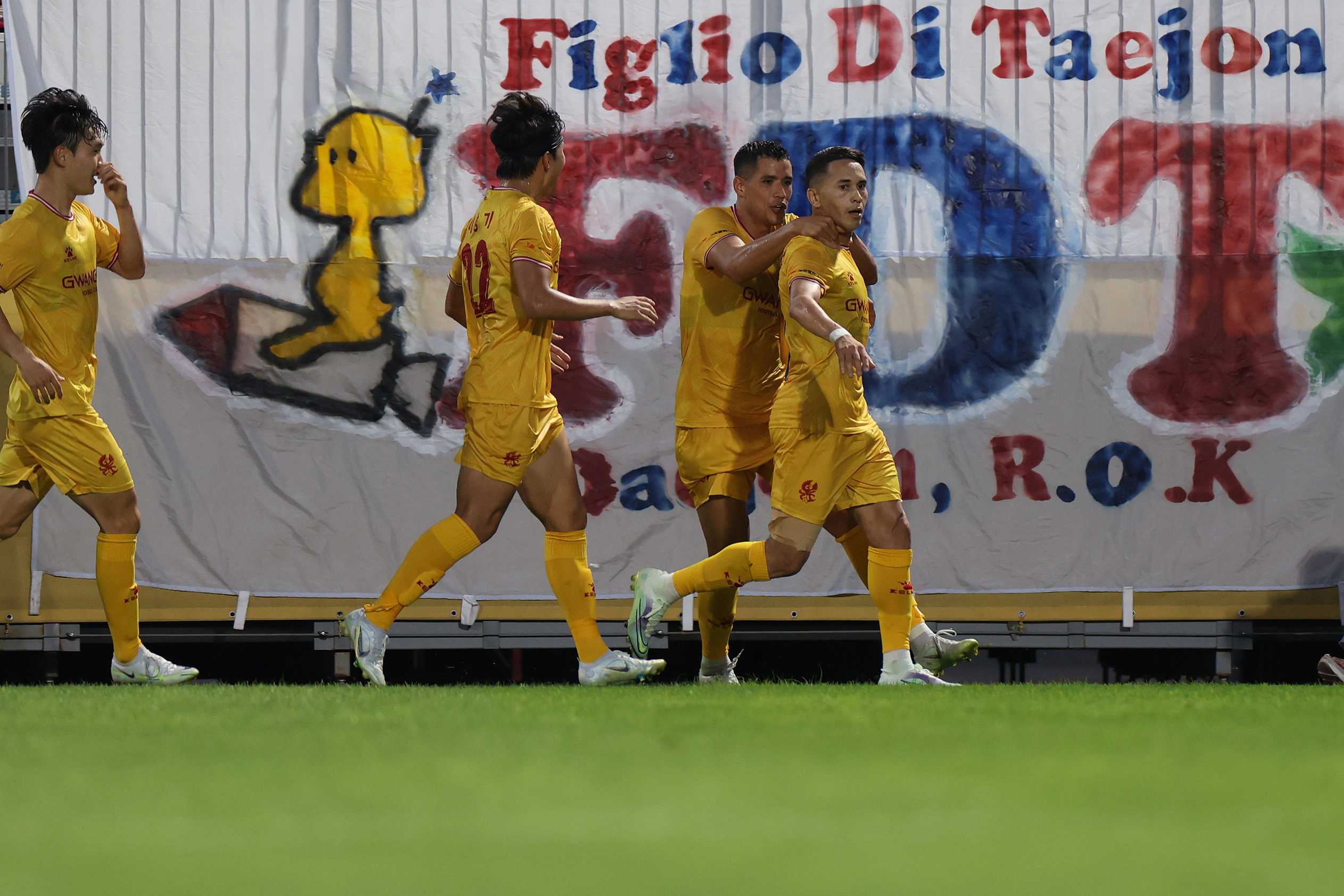 The win over Daejeon Hana Citizen last time out put Gwangju FC 14 points ahead of the Purples and 11 points clear of the now second place team Bucheon FC 1995. The Yellows, then, are firmly in the driving seat for the 2022 Hana 1Q K League 2 title and an instant return to the top flight. The win also extended the unbeaten run to six and just one loss in 22 matches. The three-pronged attack of Reiss, Eom Ji-sung, and Heo Yool has 21 goals between them - just under half of all Gwangju's goals. There are eight others who have scored two goals or more, giving Gwangju the second-best goals-scored tally in the division. The Griffins have also despatched the most shots and sit third for accuracy with 39%.
[INTERVIEW: Gwangju FC's Aaron Calver] 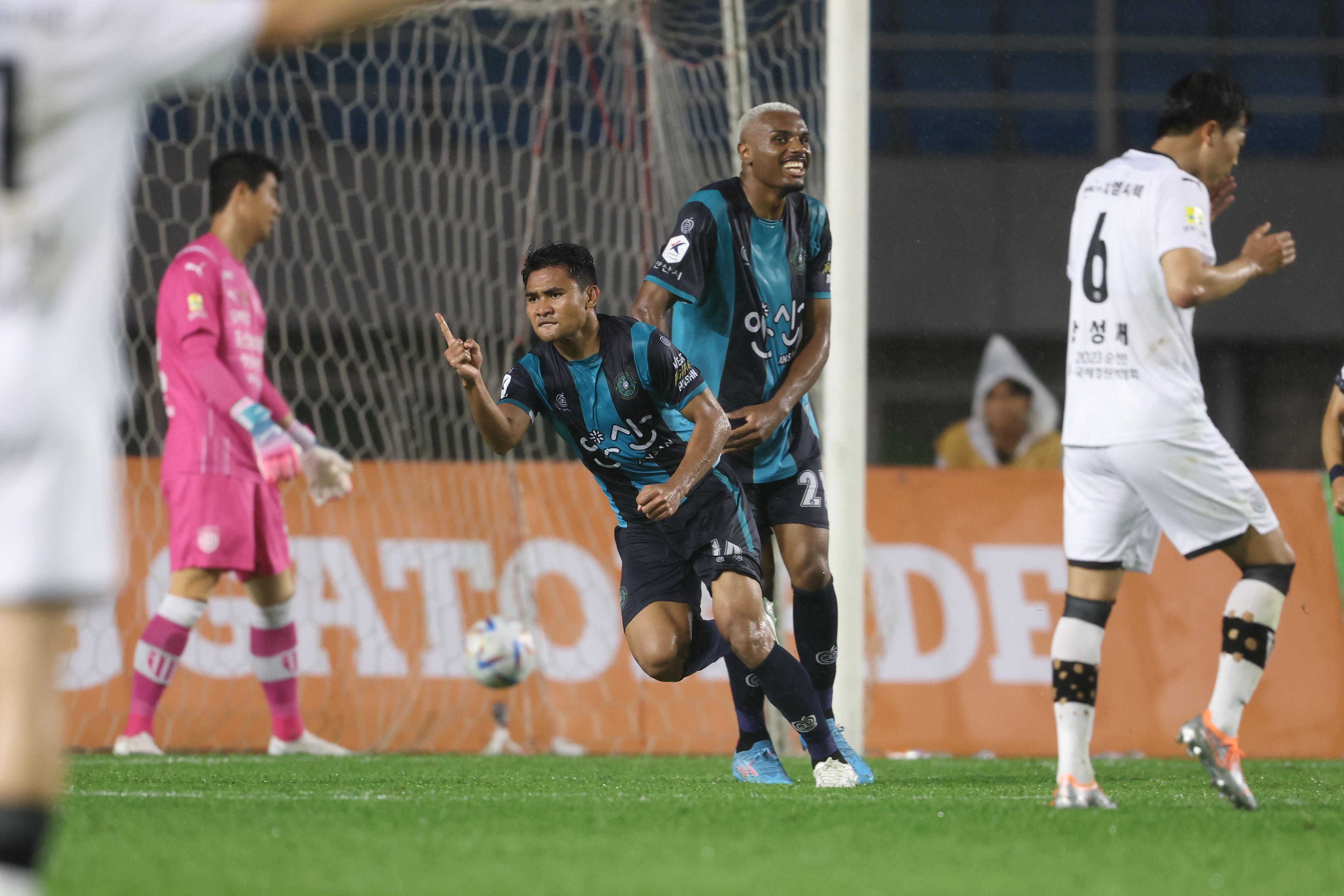 With two goals in his last two matches, Ansan Greeners' Indonesia international Asnawi Mangkualam is a man in form. In the Round 28 match against Gimpo FC, the Greeners came back from 1-0 down to earn a 3-1 win with Asnawi getting the third two minutes from time. His second goal came two matches later in a 3-0 win over Jeonnam Dragons, this time opening the scoring with just under an hour played. Two wins from three have helped the Green Wolves move up to ninth in the table and well clear of the bottom. Up next for Ansan and Asnawi is a trip to the capital to take on Seoul E-Land. Just a point separates the two teams meaning a win for Ansan would take them above the Leopards and into eighth place.

Elsewhere in K League 2 Round 31

On Sunday, Daejeon Hana Citizen take on the league's basement side Busan IPark. The Purples will be looking to return to winning ways after the loss to Gwangju last time out. The last time these two sides met at Purple Arena, Daejeon came back from 3-0 down to earn a 4-3 win. A repeat of that ought to be enough to move Lee Min-sung's side back up to second, at least until Bucheon FC1995 and Anyang play on Monday night.
Speaking of Bucheon, the Reds are away to a struggling Jeonnam Dragons side which has gone 13 games without a win in the league. Bucheon are unbeaten in four and with three wins and came out on top the last time these two sides met, winning 2-1 at home in early May.