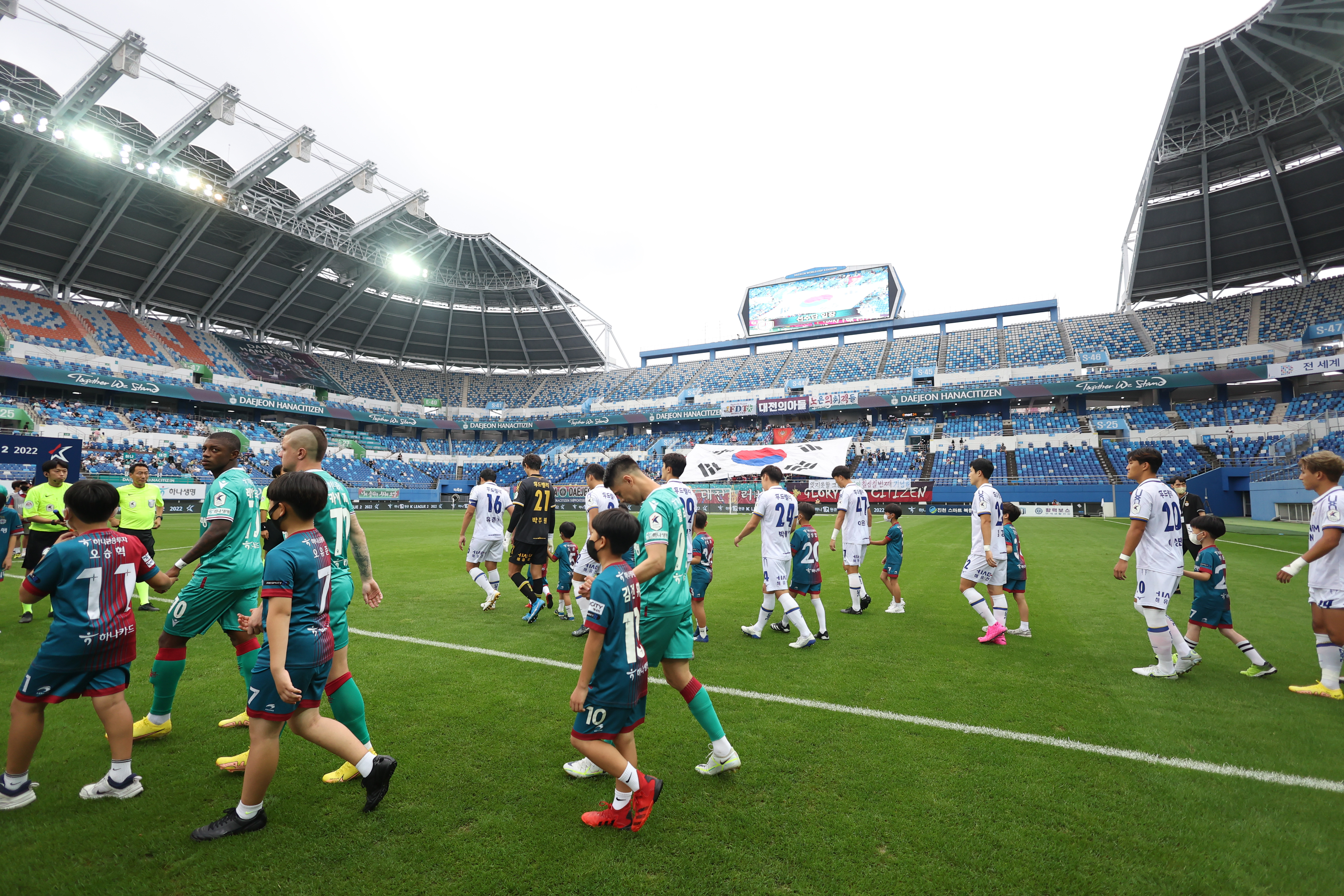 In Round 38 of the 2022 Hana 1Q K League 2 campaign this weekend there is a series of local derbies. There's the Nakdong River Derby between Busan IPark and Gyeongnam FC, the Chungcheong Derby between Daejeon Hana Citizen and Chungnam Asan, the so-called "Yellow Derby" between South Jeolla giants Jeonnam Dragons and Gwangju FC, not to mention an all-Gyeonggi Province clash between Bucheon FC 1995 and Ansan Greeners and the battle of western greater Seoul as Gimpo FC take on Seoul E-Land. 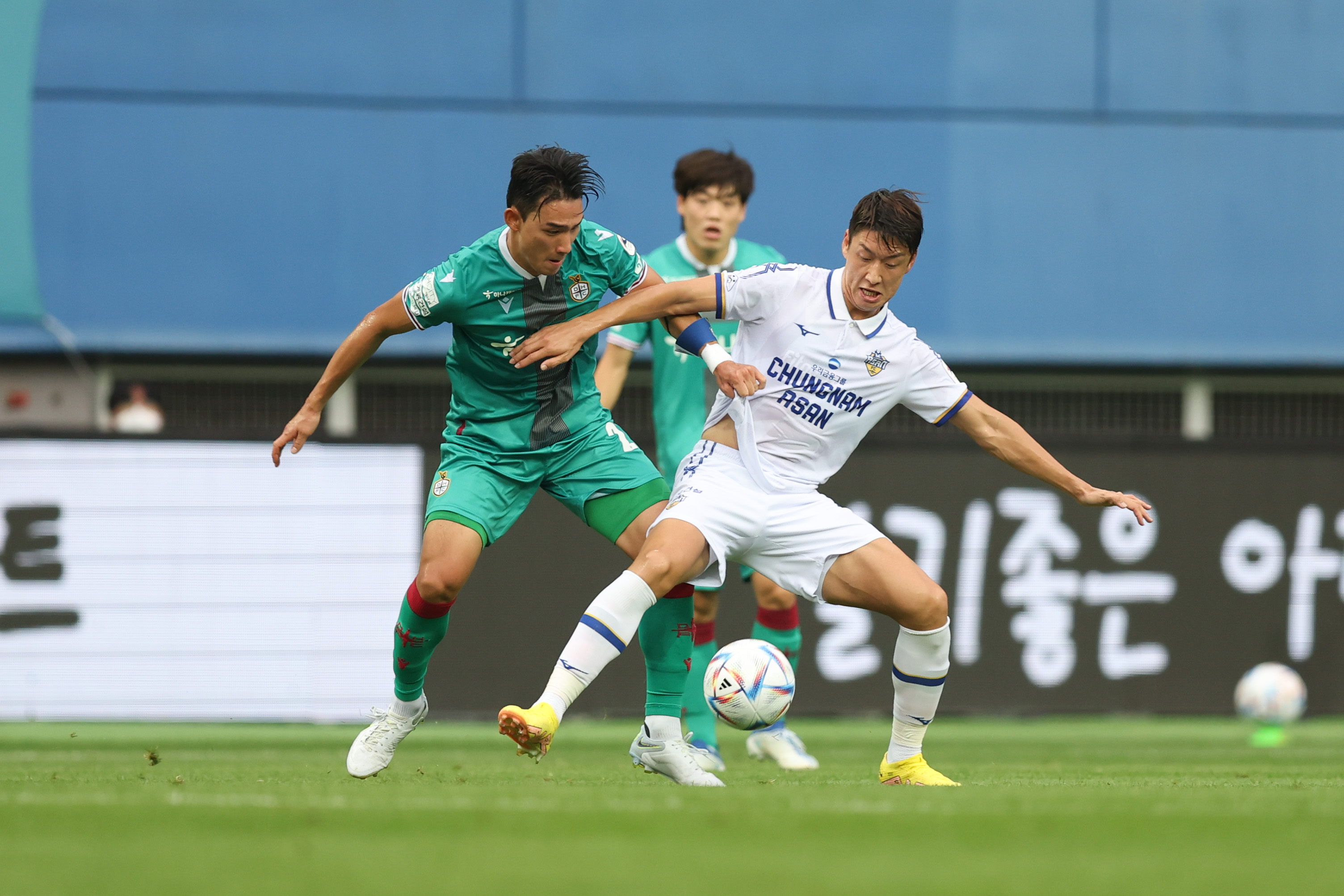 After sitting last weekend out Daejeon Hana Citizen return to action this Saturday and do so for a local derby with Chungnam Asan. Daejeon lost their last match 2-1 away to Seoul E-Land and, coupled with Bucheon FC 1995's win over Chungnam, have slipped to fourth in the table. Three points and a return to third will be the utmost priority for Lee Min-sung and his players.
But they take on a Chungnam Asan side that's having its best-ever sean, certainly in the club's current guise. The Owls are fifth, despite losing last time out, and are in the hunt for that final playoff spot. Park Dong-hyuk's men are only two points clear of Gyeongnam and have played a game more so will know that anything less than a win at Purple Arena could see them slip out of the top five.
One of K League's newer derby matches, the Chungcheong Derby has become known as a fixture that throws up interesting scorelines and high-scoring matches. There's been an average of 3.3 goals scored in this fixture with 33 shared between the two teams over the last 10 meetings. Daejeon have scored 18 and Chungnam Asan 15. The overall head-to-head reads five Daejeon wins and three for Chungnam and no draws whatsoever.


Team of the Round 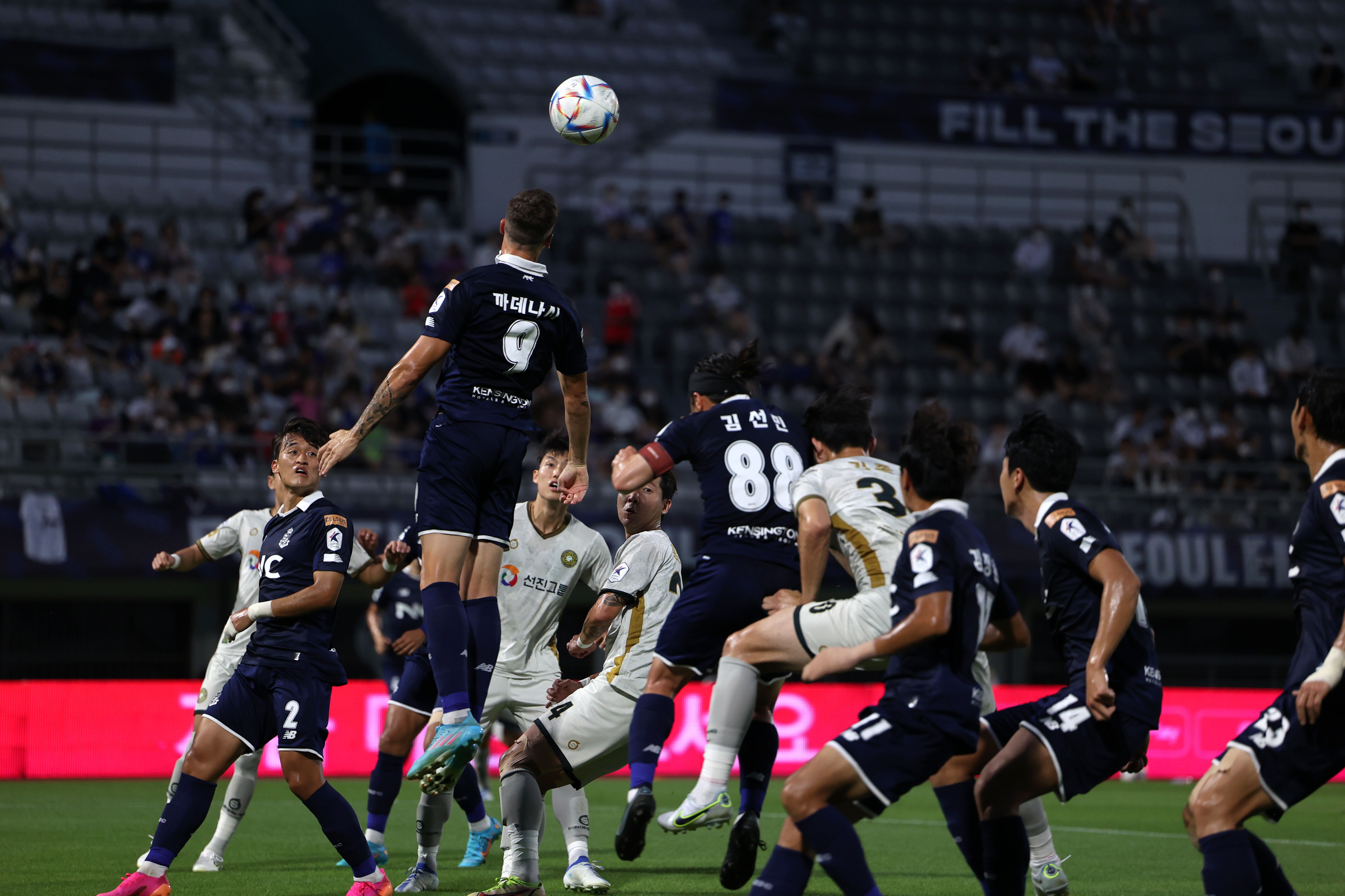 Back-to-back wins has taken Seoul E-Land up to eighth in the table and level on points with Ansan Greeners despite playing three matches fewer. The Leopards might find it difficult to finish in the playoff places this season given the 11-point deficit, but Chung Jung-yong's men may just be able to end the season as one of the best of the rest. Seoul's most recent win was over playoff contenders Gyeongnam FC thanks to goals from Kim Sun-min and Felipe Cadenazzi. Seoul won by the same 2-1 scoreline the round before too, overcoming Daejeon Hana Citizen at home with goals from Cadenazzi and Lee Dong-ryul. Argentine striker Cadenazzi now has three goal contributions in his last two matches having also laid on an assist in the win over Gyeongnam. Up next for Seoul is the short trip to Solteo Stadium to take on Gimpo FC, a side that's on a run of four matches without a win. The Leopards are unbeaten against Gimpo with two wins and one draw. 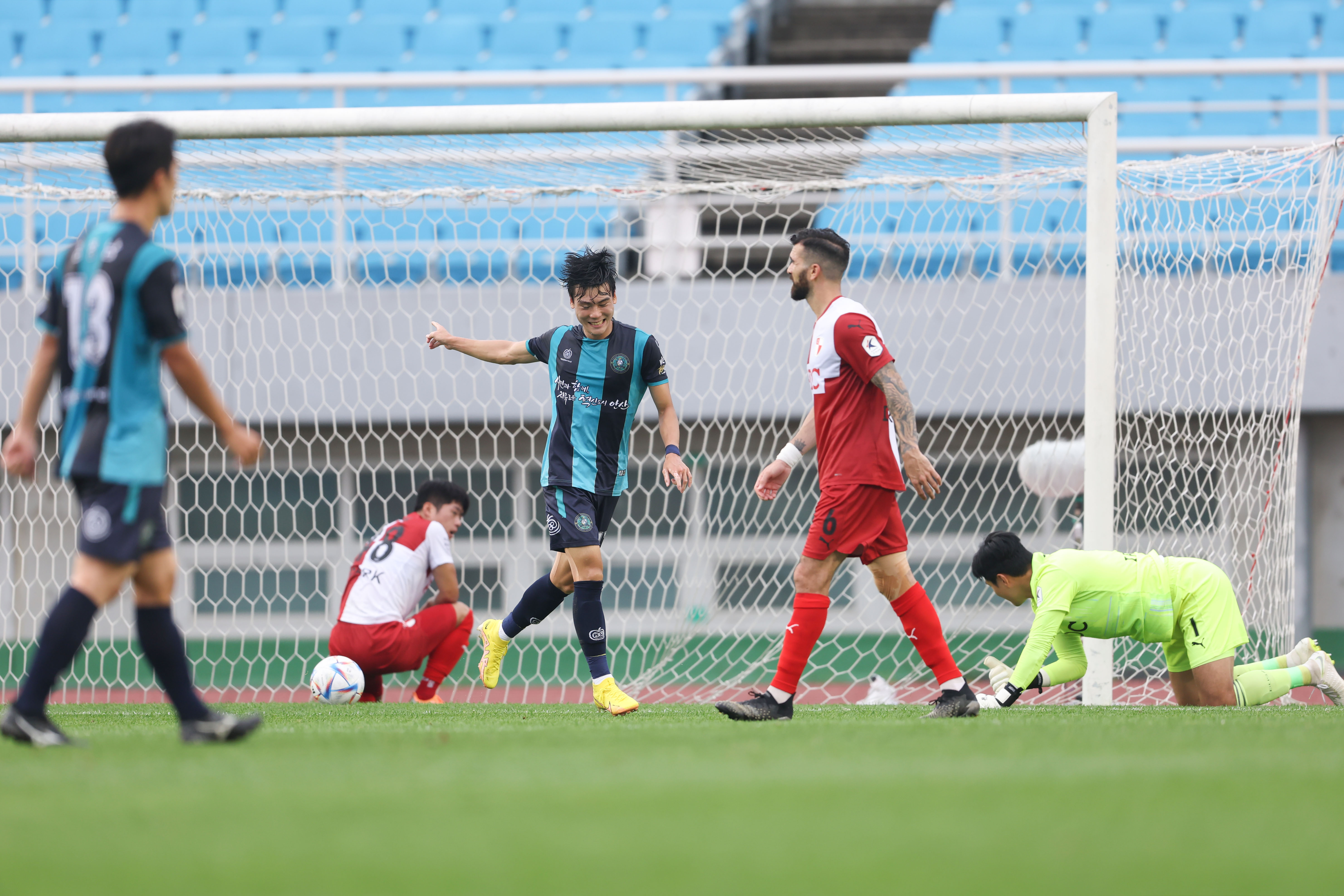 Ansan Greeners head into Sunday's clash with Gyeonggi Province rivals Bucheon on the back of two straight wins. Winger Choi Geon-joo played a leading role in both victories with three goal contributions overall. Last week in the 3-1 win over Busan IPark, Choi leveled the scoring at 1-1 in the 35th minute before going on to provide an assist for Song Jin-kyu to make it 3-1. The week before, Choi opened the scoring in first-half stoppage time as the Green Wolves went on to win 3-0 against Gimpo FC. Choi is now on seven for the season, more than double his best tallies of three from 2021 and 2020.

Elsewhere in K League 2 Round 38

The late afternoon kick-off on Sunday sees Busan IPark taking on Gyeongnam FC in the final Nakdong River Derby of the season. Busan remain bottom of the table but could at least narrow the gap with a win over Gyeongnam. The Royals, though, have lose their last three and haven't beaten Gyeongnam since the tail-end of last season. Gyeongnam could move back into the playoff places should they beat their southeast rivals.
A derby of sorts in the southwest of the country sees Jeonnam Dragons take on Gwangju FC. Known as the "Yellow Derby" to some, Jeonnam take on Gwangju having not won since mid-May, a run that stretches as far back as 19 matches ago. Gwangju, meanwhile, are marching toward the title sitting 10 points clear with six games left.
[READ: Lee Seung-woo Interview]