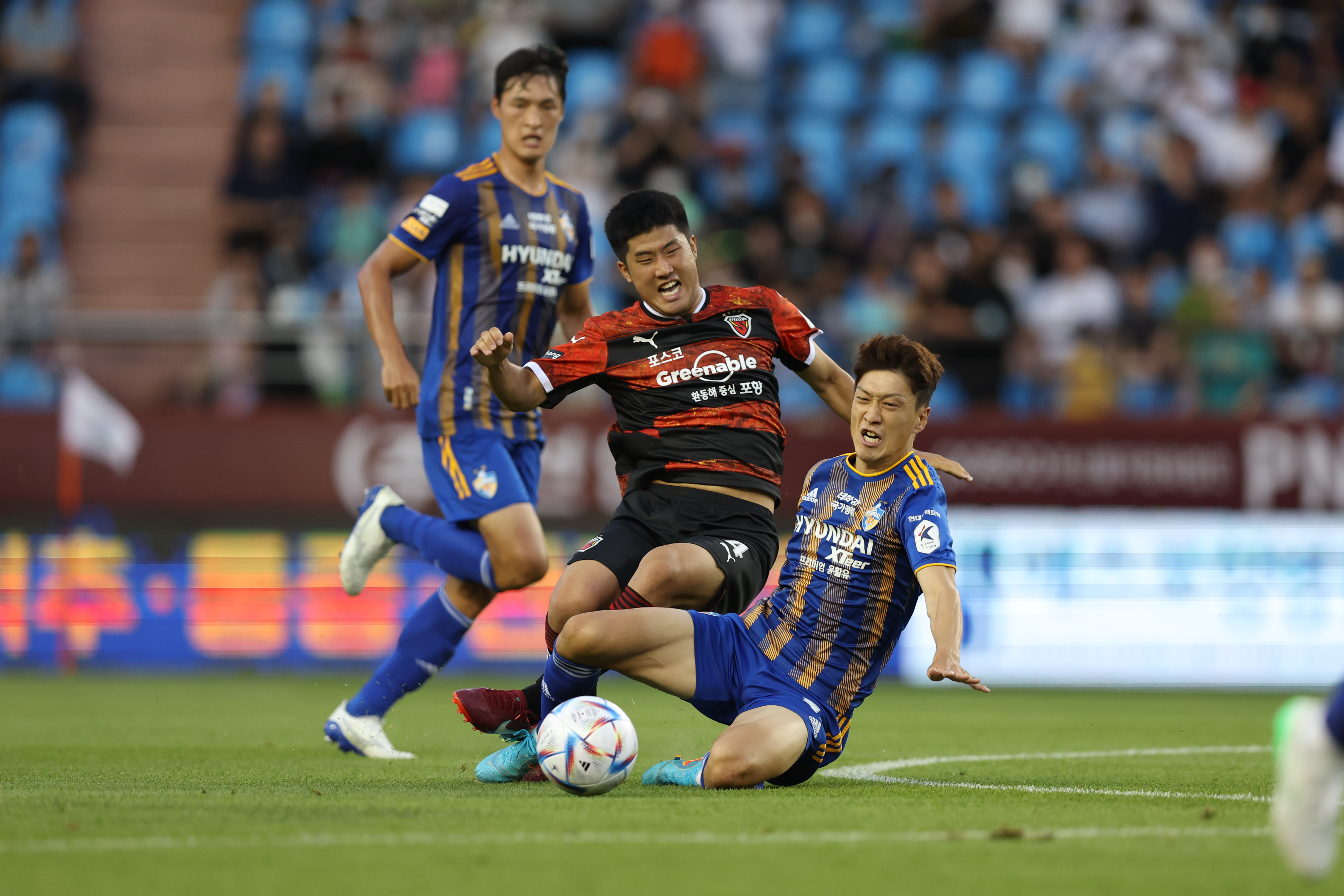 Headlining the Chuseok holiday fixtures this weekend is the third East Coast Derby of the season with Ulsan Hyundai hosting local rivals Pohang Steelers at the Munsu Stadium. With the business end of the campaign upon us, Ulsan will be hoping to keep their chase of a first K League title in 17 years while the Steelers will be looking to maintain their pursuit of a top-two finish and make things difficult for the Horangi.

With fellow title challengers Jeonbuk dropping points elsewhere, Ulsan Hyundai made sure not to fluff their lines by claiming a hard-earned victory against Suwon Samsung Bluewings to move them 10 points clear at the summit and ever closer to the K League 1 trophy. Summer signing Martin Ádám proved the decisive factor, heading in Kim Tae-hwan's cross at the far post to claim the 1-0 win.
Despite a comfortable 4-1 home win to Daegu FC at the weekend, Pohang Steelers went on to lose away to Suwon FC midweek as Lars Veldwijk scored the game's only goal for the hosts. The result sees the Steelers maintain their position in third for now but the gap between them and fourth placed Incheon United has narrowed to a single point and places their chances of AFC Champions League qualification under threat as the team heads into the run-in.

Ulsan Hyundai manager Hong Myung-bo looks unlikely to make any major changes to the team that were victorious midweek although may consider some rotation to maintain fitness and keep his side's momentum at the league summit. Hong does have the option of including Jung Seung-hyun in his defence though with the player having returned from military service midweek although Kim may want Jung to have some time to train with his teammates before returning to the starting eleven.
Pohang manager Kim Gi-dong welcomes back Shin Jin-ho and Shin Kwang-hoon from suspension but will be without Heo Young-jun who picked up his fifth yellow card of the season midweek. Kim also has the option of reinstated Ha Chang-rae after the centre-back also returned from Gimcheon Sangmu midweek.

Sunday will be the 156th meeting between these two rivals across all competitions, with Pohang narrowly leading with 60 wins to Ulsan's 53. Both sides have split the victories in their two meetings this season, both claiming 2-0 wins when at home. Their first encounter this year at the Munsu Stadium saw Leonardo and Lim Jeong-eun make the scoresheet late in the second-half whereas a Kim Seung-dae brace put the Horangi to the sword at the Steel Yard.
[READ: K League 1 Round 30 Preview] 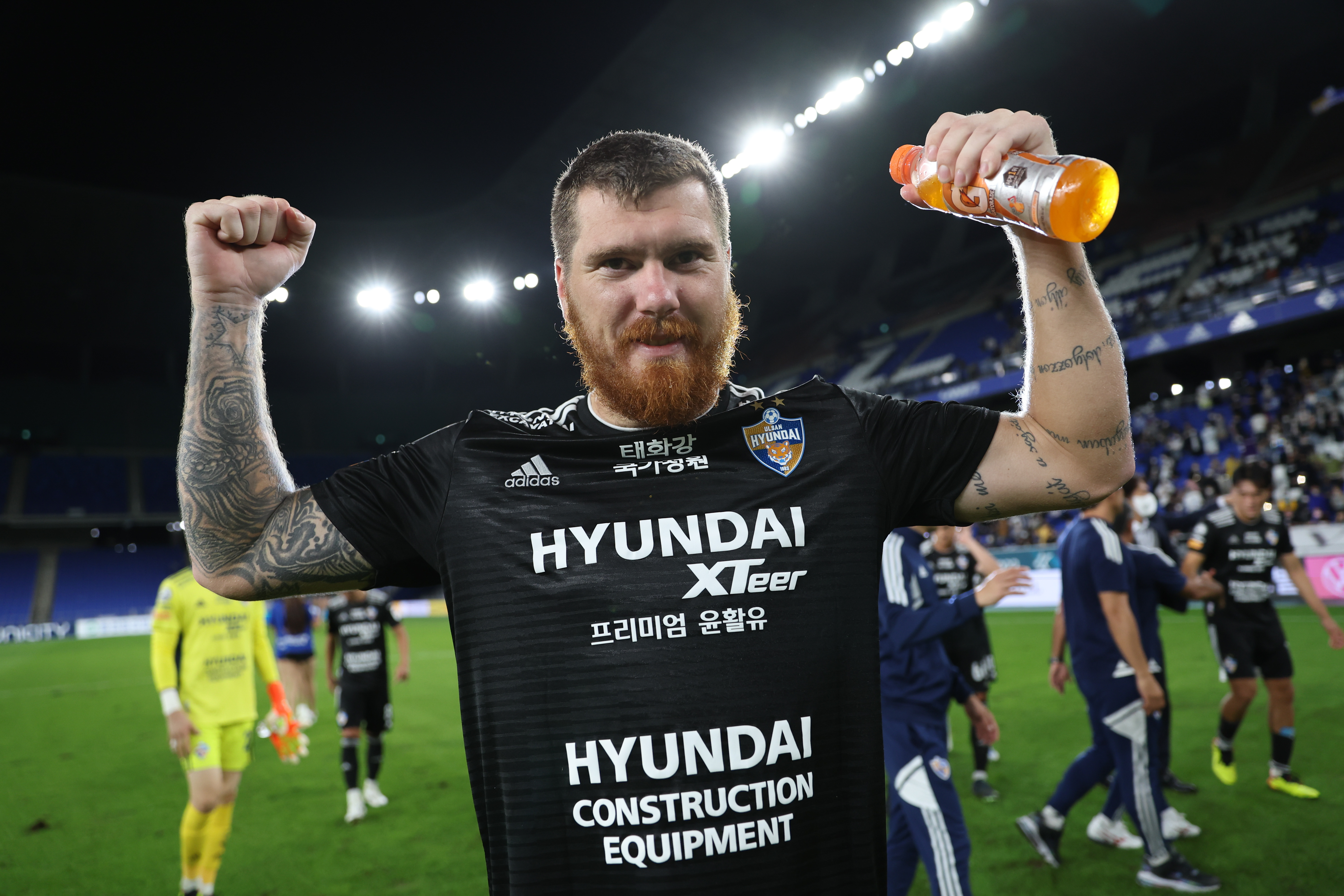 He may only have made six K League appearances so far, but early showings suggest Ulsan Hyundai's summer signing Martin Ádám has quickly adapted well to the rigours of Korean football. With four goals to his name already, the Hungarian striker has shown a clinical touch in front of goal, as evidenced midweek to score the winner against Suwon Bluewing and move his team ten points clear of second-placed Jeonbuk. Ádám could well help fire the Horangi to their first title since 2005 if he can maintain his pace for these final eight fixtures, but first he will be focused on writing his name into East Coast Derby lore when he lines up against Pohang on Sunday.
Army Returnees

With their mandatory national service completed, 14 Gimcheon Sangmu players returned to their parents club midweek and could be set to feature this weekend. Both Ulsan Hyundai and Pohang Steelers welcome home defenders, with Jung Seung-hyeon and Ha Chang-rae returning to their clubs respectively.
Jung's time at Gimcheon proved productive for the defender and he now joins the Horangi to help reinforce their efforts in the title race. Not only that, the player managed to return to Korean National Team contention with friendly appearances this summer and will be wanting to maintain this form with the World Cup on the horizon. Ha featured on fewer occasions for the military side, making twenty league appearances, but was a regular fixture of the Steelers' lineup until his departure in 2021 and will be expected to pick up where he left off and keep Ulsan at bay this weekend. 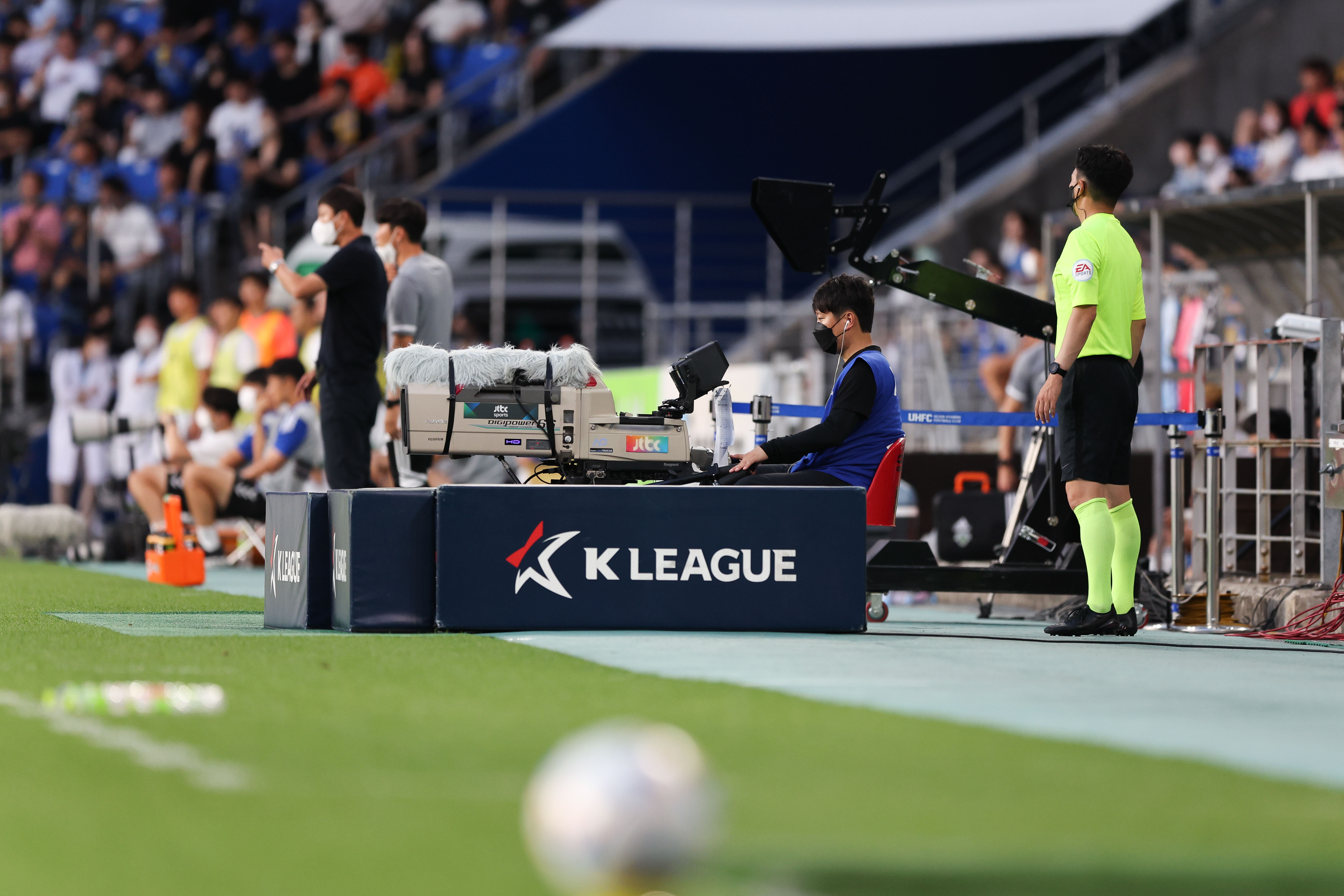 Fans in countries with K League overseas broadcasting rights can follow the game live on television. More information can be found here.
Alternatively, the match is also available for FREE on tv.kleague.com.