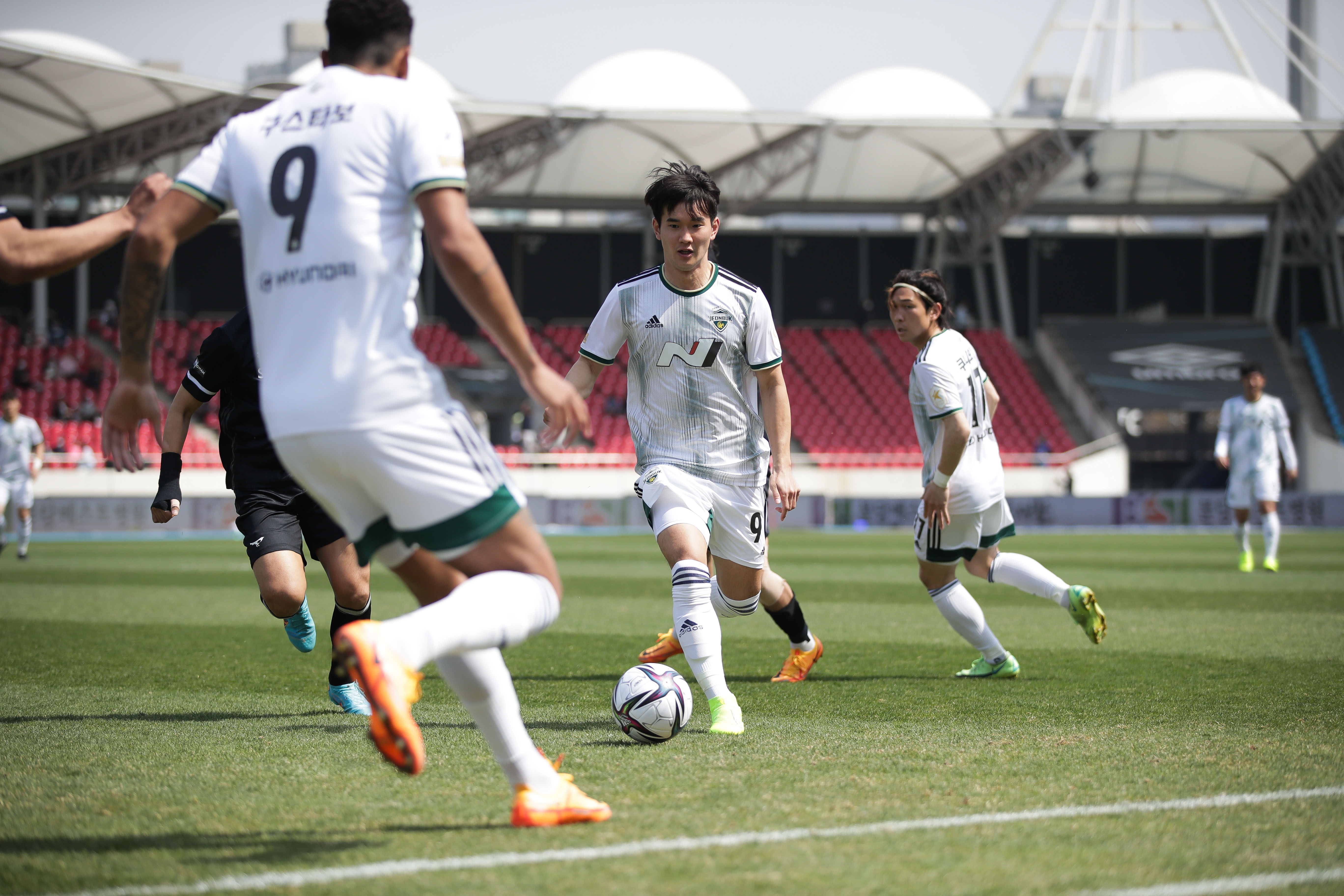 In what is the penultimate round of the 2022 Hana 1Q K League 1 season, Jeonbuk Hyundai Motors take on Seongnam FC looking for another emphatic win, Gangwon FC face top-six rivals FC Seoul, and Suwon Bluewings and 'multi-goal' hero Go Myeong-seok are at home to Pohang Steelers. A look ahead to the last midweek action of the regular season, Round 32. 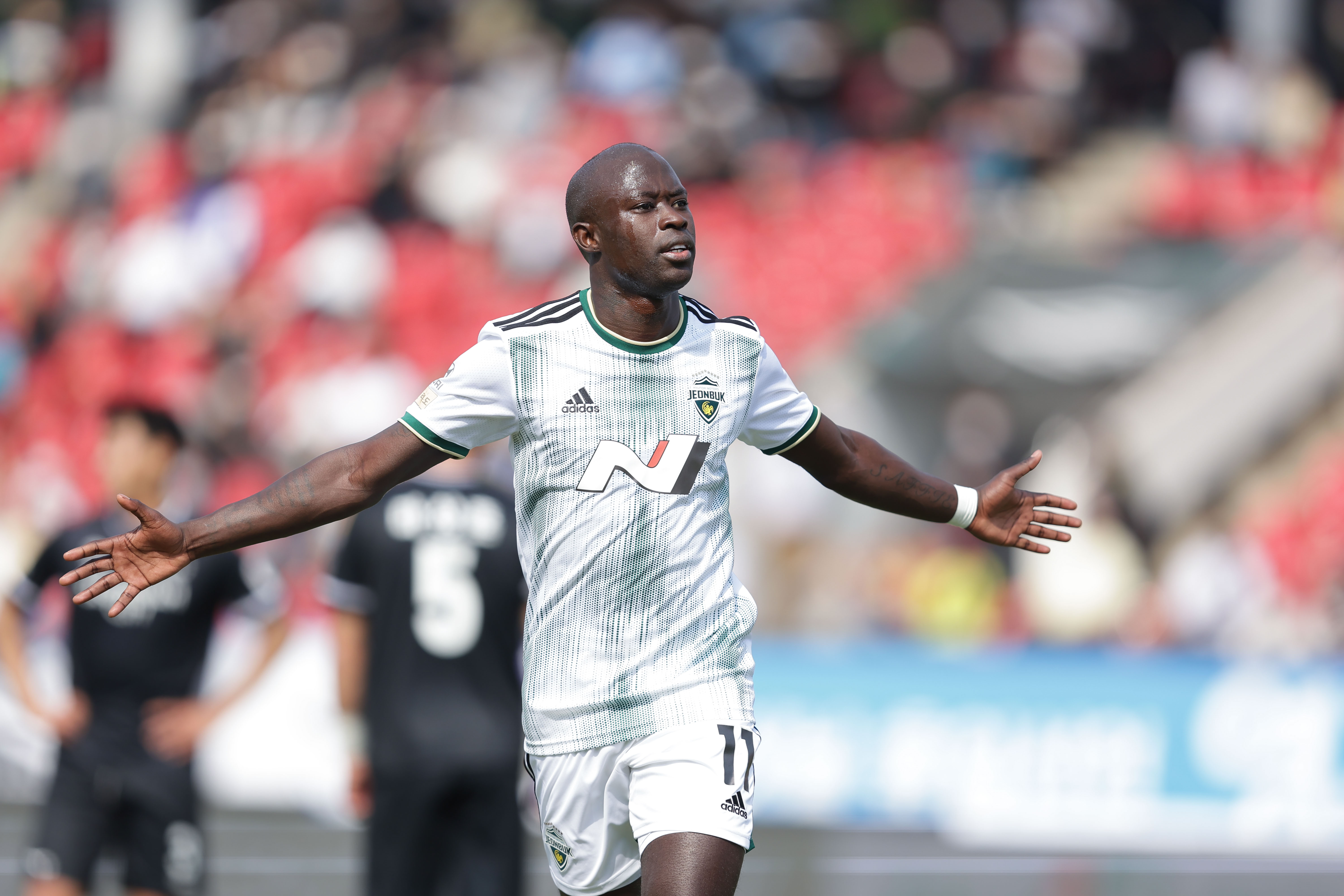 Looking to build on the resounding 5-0 win over Daegu FC, Jeonbuk Hyundai Motors on Wednesday take on another team that's sitting at the wrong end of the table. Seongnam FC are the visitors to Jeonju Castle and make the trip to North Jeolla on the back of a heavy 4-0 loss to Gangwon FC. For Jeonbuk, what's required is simply: to put together a string of results and hope that league leaders Ulsan Hyundai slip up. The Green Warriors sit eight points behind the Horangi after the weekend's results. Seongnam, meanwhile, are seven points adrift of Daegu in 11th and 12 points from complete safety meaning that time is beginning to run out for a great escape.
There has been goals in this fixture in recent seasons. Jeonbuk came out on top in a 3-2 thriller in July and ran out 4-0 victors in April. The Green Warriors won by a four-goal margin last season too, winning 5-1 at Tancheon that June. Jeonbuk have shown to be a second-half team this season with over 67% of their goals coming in the second period, and over half have come in the last 30 minutes. It's a similar situation for Seongnam, too, who have scored 63% of their goals in the second period but the 15-minute spell between the start of the second half and the hour-mark has been the busiest. 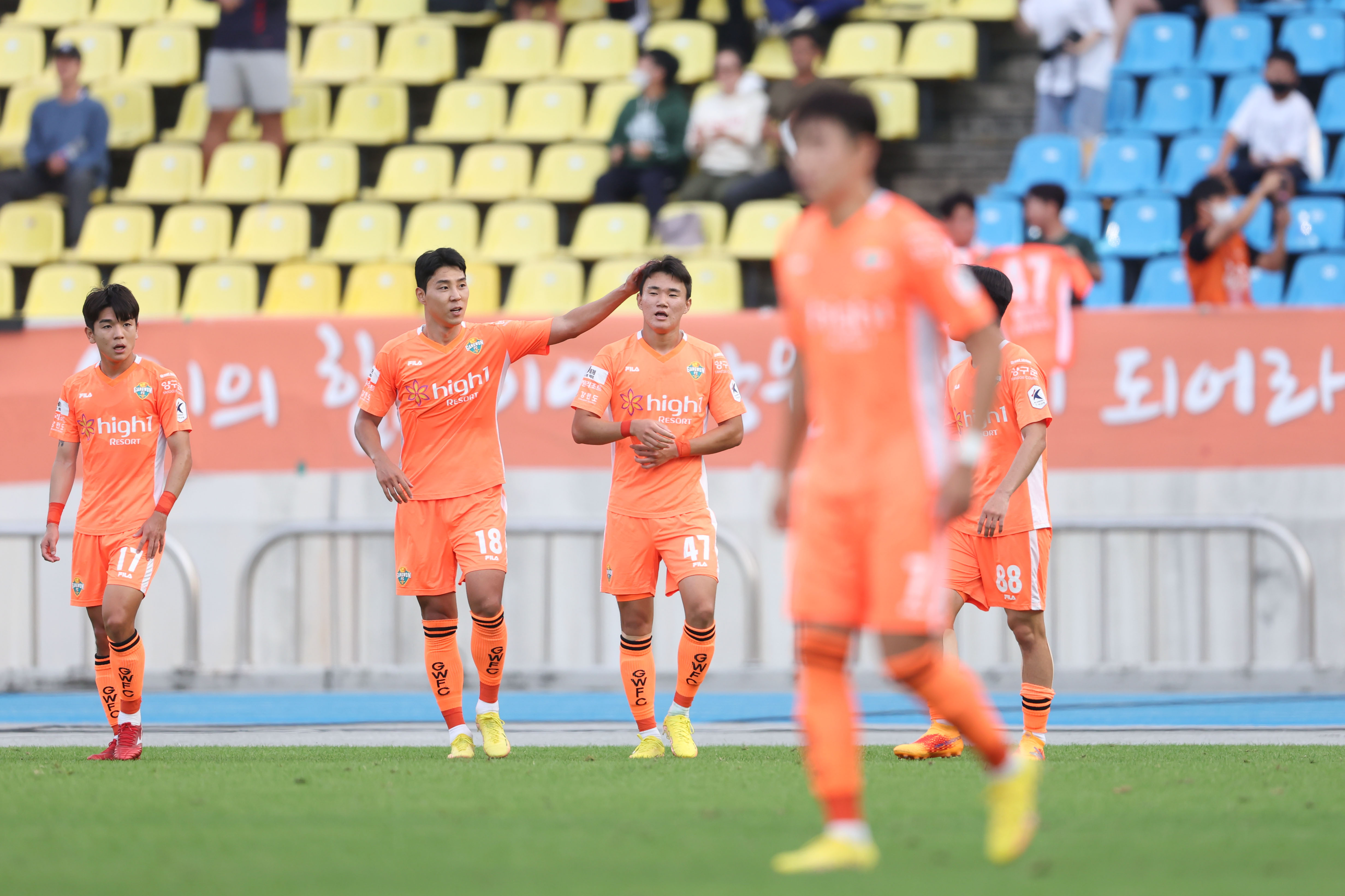 A 4-0 win over Seongnam FC last time out has put Gangwon FC in the driving seat to seal sixth place and a spot in the top half. Choi Yong-soo's men are sixth and one point clear of Suwon FC heading into the penultimate round before the league splits into two. The Bears' success is, in part, down to the emergence of Yang Hyun-jun who was on target yet again over the weekend. The 20-year-old scored two to take his tally for the season to eight. There was also a first goal in K League for Swedish centre back Kevin Höög-Jansson before Galego added a fourth for his third of the campaign. The win was Gangwon's third from their last five and sixth from 10. Interestingly, this trend of Gangwon picking up three wins from a batch of five matches goes back to mid-June to make it nine wins from 15. Up next for Gangwon is FC Seoul, manager Choi Yong-soo's former employers. 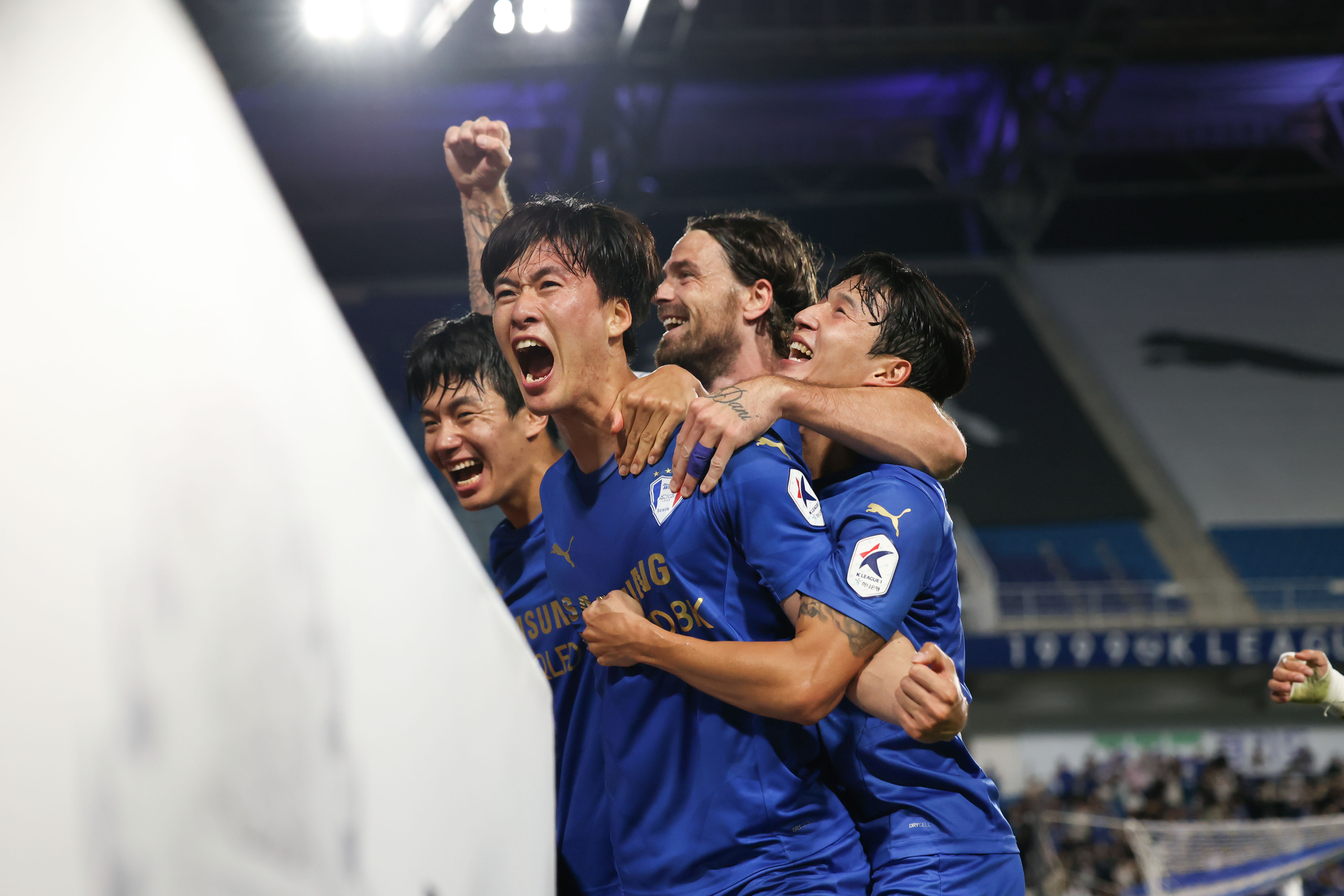 Centre back Go Myeong-seok scored not one but two goals for Suwon Bluewings last time out. Both goals were headers from corners and came in the 3-3 draw with Incheon United. The first came in the 57th minute to cancel out Lee Kang-hyeon's 42nd-minute opener. The second came just a few minutes later to turn the game on its head and put the Bluewings in front. Go now has three goals for the season, the most he's ever scored in a single season. Prior to this season, his last goal was back in 2018 for Daejeon Citizen. Being a central defender, Go isn't judged on his goal return. He has been enjoying a run in the team, playing alongside Dave Bulthuis at the heart of the Bluewings defence and has started the team's last seven matches. Go actually ranks first in K League 1 for defensive duel success rate with 78.95%. Up next for Go and Suwon is Pohang Steelers at home.

Elsewhere in K League 1 Round 32

Jeju United are at home to Daegu FC looking to build on the weekend win over Gimcheon which brought the team's four-match winless run to an end. Incheon's draw with Suwon Bluewings men's the game between Jeju in fifth and Incheon in fourth is three points. A win against Daegu will be seen as essential but the Sky Blues are also in need of the points. Last time out Daegu suffered a 5-0 defeat to Jeonbuk Hyundai Motors and sit 11th in the table, level on points with Gimcheon.
Gimcheon, meanwhile, are away to top six-seeking Suwon FC. A win might just move the army side level on points with Suwon Bluewings heading to the last round before Final A and Final B. Suwon, though, know that a win of them could take them into the top half.
Meanwhile, Incheon United entertain Ulsan Hyundai knowing that their to flight status for next season is secured. The Durumi on Sunday drew 3-3 away to Suwon Bluewing thanks to a late, late Kim Min-seok goal which mathematically sealed their place in the top six. Jo Sung-hwan and his men now have their sights on AFC Champions League qualification but take on an Ulsan side looking to bounce back from an East Coast Derby loss to Pohang. 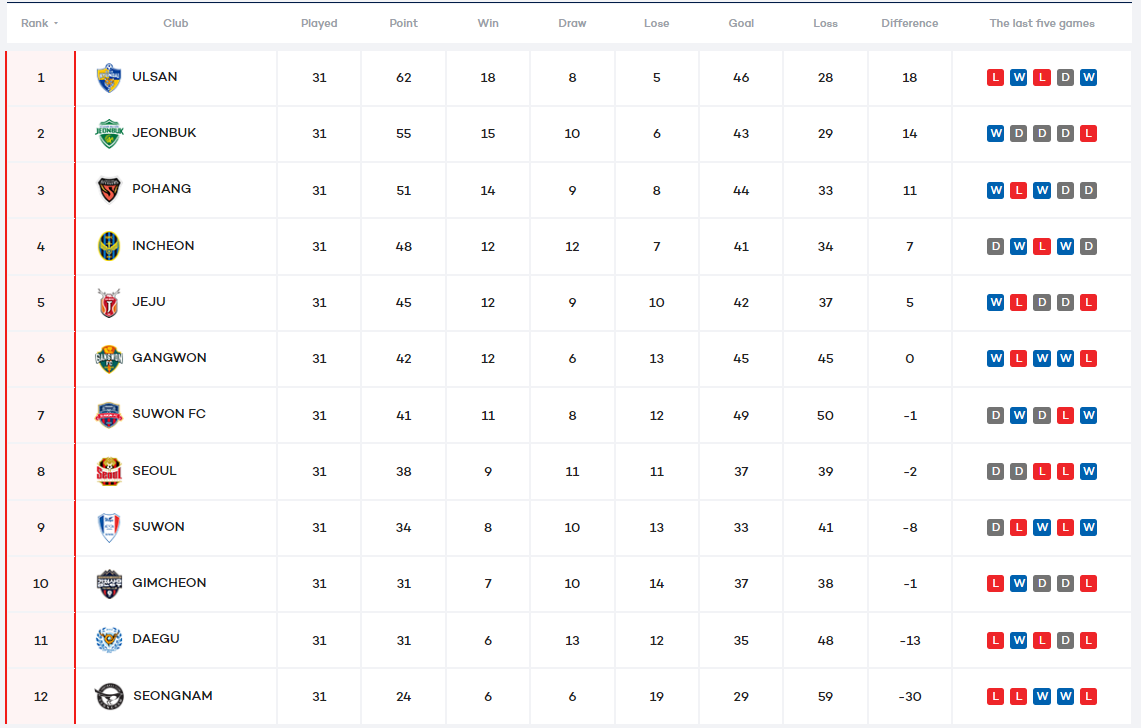