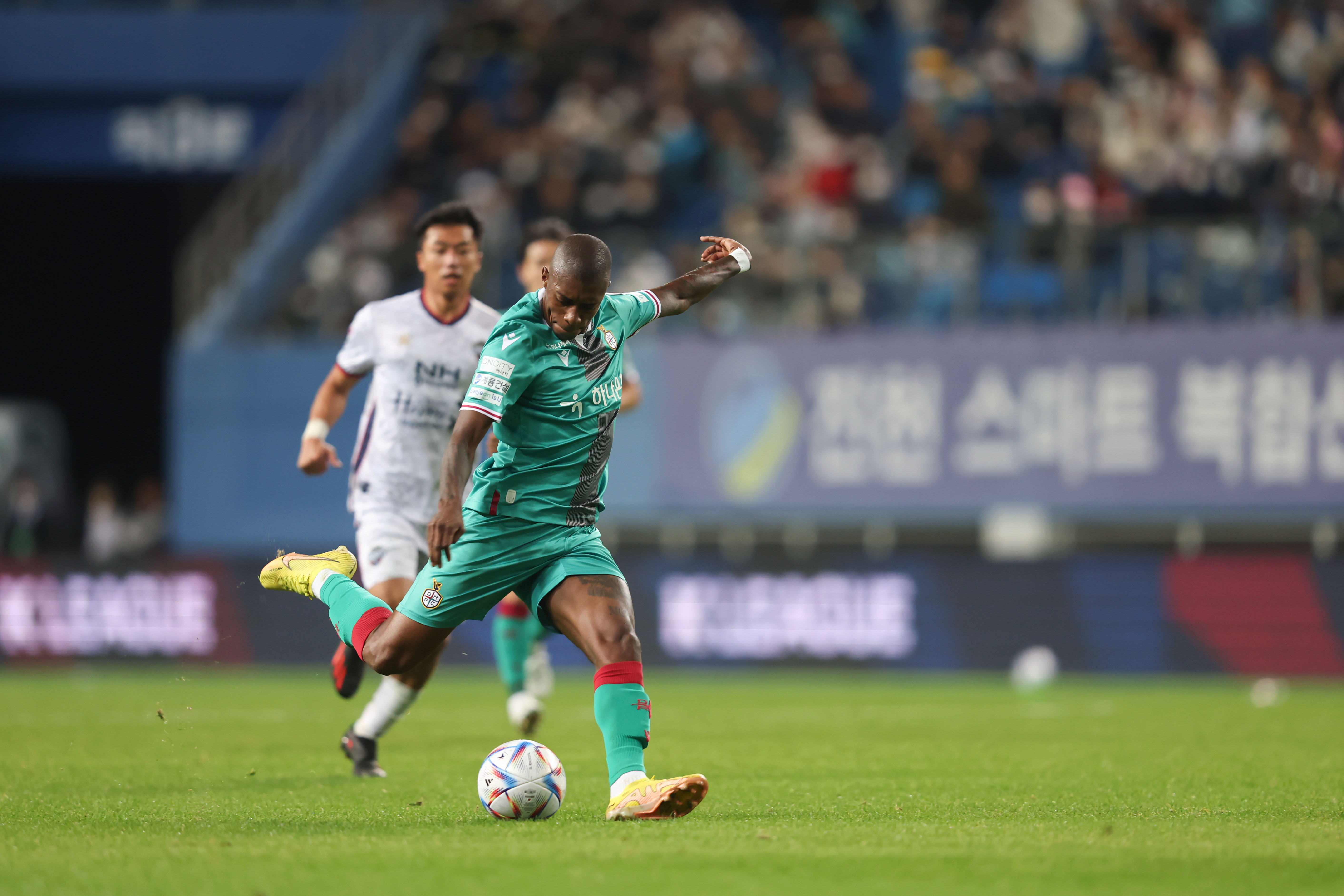 Daejeon Hana Citizen winger Leandro Ribeiro doesn't think that the K League 1 team has too big of an advantage by playing the second leg of the Promotion-Relegation Playoff at home. The Brazilian insists that he and his teammates are ready for another "war" on Saturday.

Q: How has the season gone do you think?

"In the beginning, it was like a little bit difficult, you know, because you had some players who couldn't play [but] all the teams have the same problems, you know. But we [couldn't] take the time to work on shape. We had a difficult pre-season so the team was not ready to start the league. So even if [we] had a little bit more time I think the team [would be] much more better.

"Now, the team is really good in the performance. We see in the games, everybody in the same connection, so the championship don't come but we fight until the end for K1 because it's the dream from the club also my dream and we shoot to work for this. Everything that came before it's like, for us, it's nothing we need to look forward. And then I think now is the best moment from the team. We are in the high level. So it was a great season because all, every season is difficult. You know, K2 is not easy like, some players think."

Q And for you, you had a target of 15 combined goals and assists, you are close to that with nine goals and four assists. How pleased are you with that?

"I think of [it] game to game, you know, if the points come, it's okay. But the most important for me is that the team wins. Of course every player wants to score, wants to give assists - I'm the same. I want to be important from the team, you know?

"Because of this, it gives some confidence to the Korean players also because when they see you like pushing, they push with you. So my [goals and assists], I think game to game because if it's not coming in one game, maybe two, three coming another game. My friends also help me a lot too. They give me passes, they give me assists, they try to find me. I only think I have to do my job, I train, work and it comes naturally."

Q: You had about 10 or 11 days to prepare for the first leg, how important was it for you to get a period of rest after a really busy season?

"Yeah, it's important to rest. You know, we come from one month [of having] I think had five, six games. We had these 11 days to rest, to focus only on this game. It's like two teams, they (Gimcheon_ fight to stay there, to survive. It's a difficult game but we prepare for them. It's a good time to go to K1. We need this. We, the club want this also, we have the same ambition."

Q: Five goal contributions in the last five games, your good form has kind of been at the same time as, as a team finding form again.