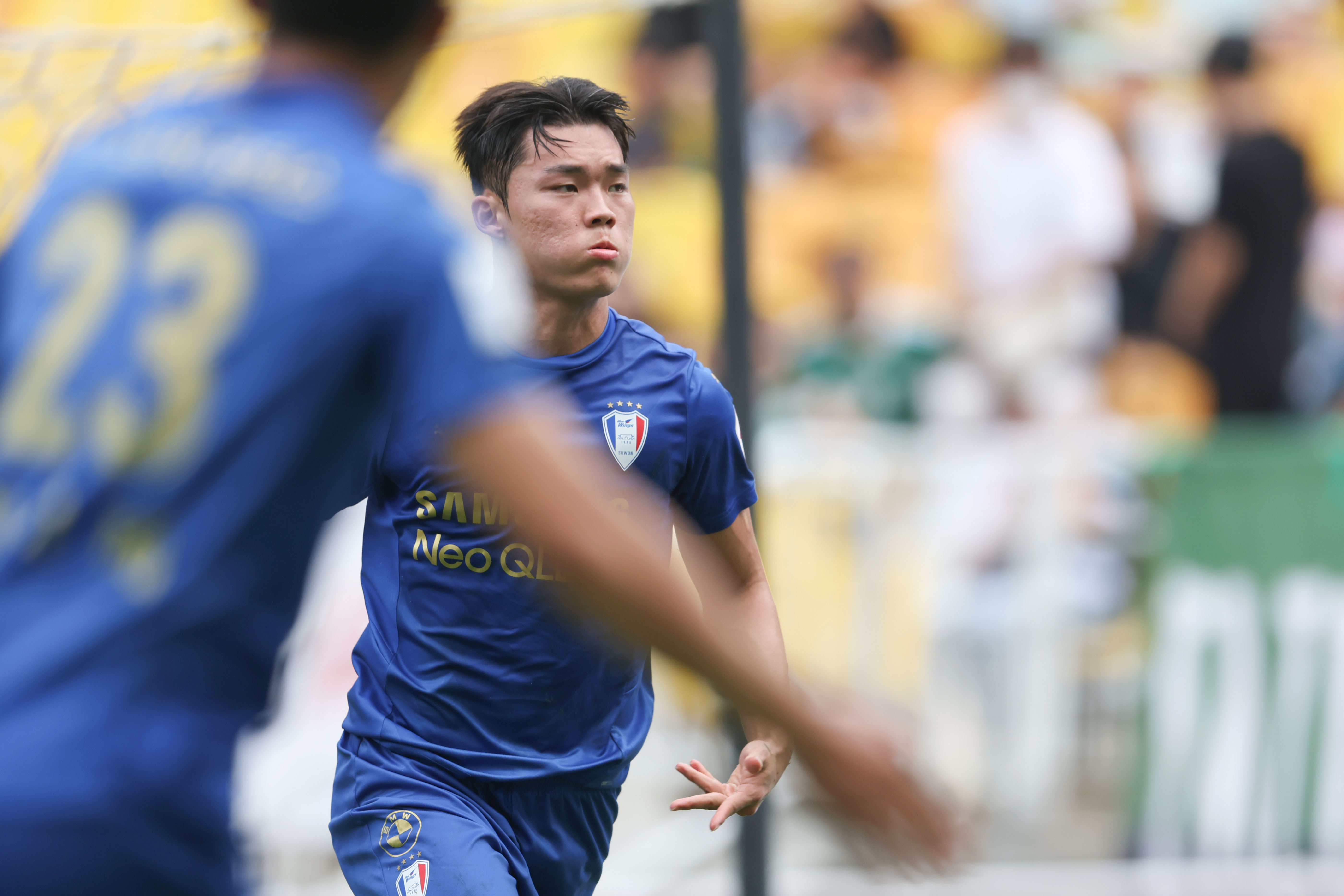 The 2022 Hana 1Q K League 1 season has come to a close. Suwon Samsung Bluewings survive a relegation scare but Gimcheon Sangmu and Seongnam FC fall through the trap door. Continuing with Final B, we take a look at the final standings and what that means for each club. 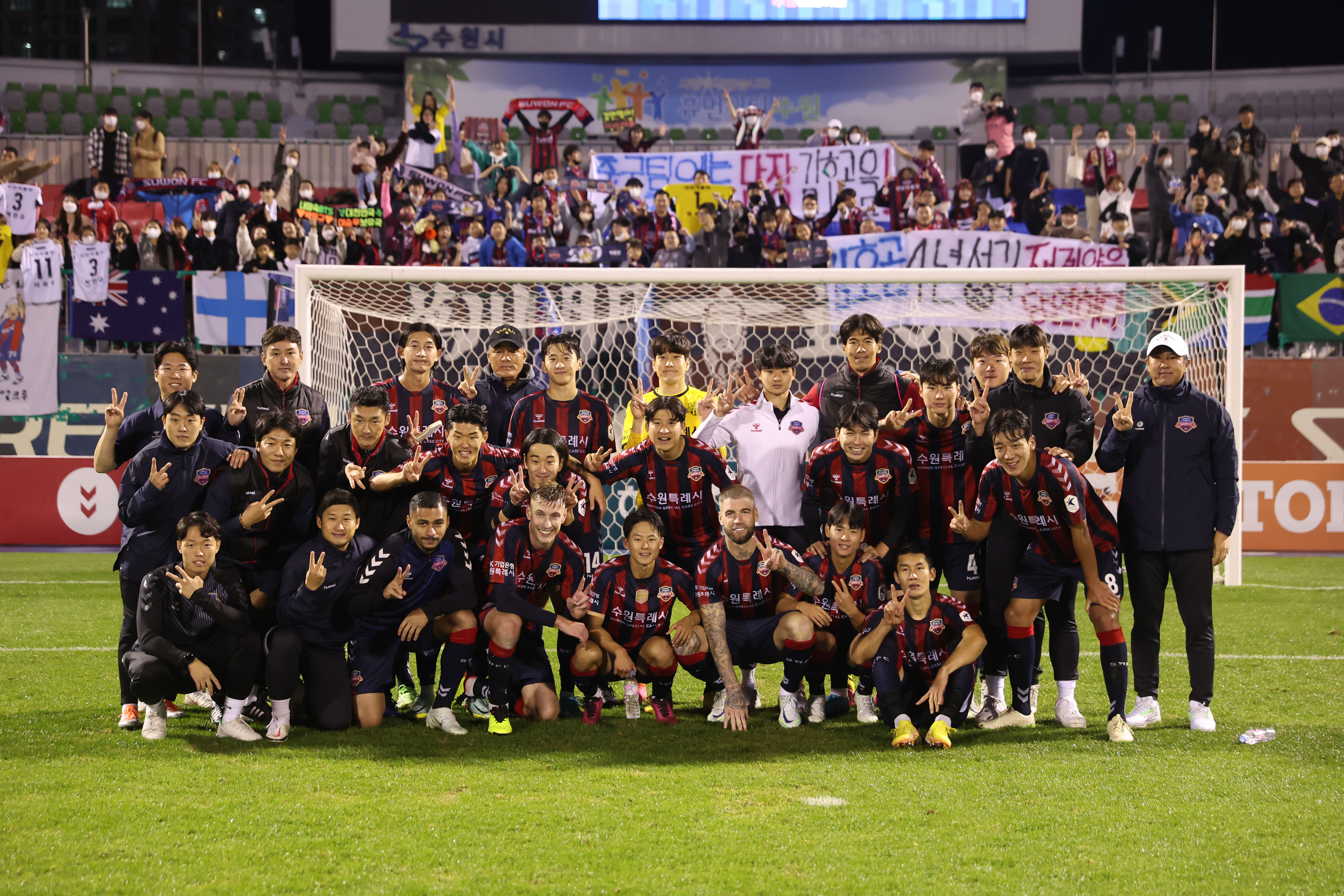 Suwon FC had aspirations of finishing in the top six this year but missed out on a place in Final A on the final day of the regular season. Kim Do-kyun's side, though, was able to finish top of Final B and well clear of relegation. Suwon actually won the same number of games as Incheon United who finished fourth and qualified for the AFC Champions League with 13 and scored the same number of goals as runners-up Jeonbuk Hyundai Motors with 56, more than any other team in Final B and several others in Final A. Lee Seung-woo was the team's top scorer with 14 to mark a successful first season in K League. In the Suwon Derby, the team recorded two wins and two losses. 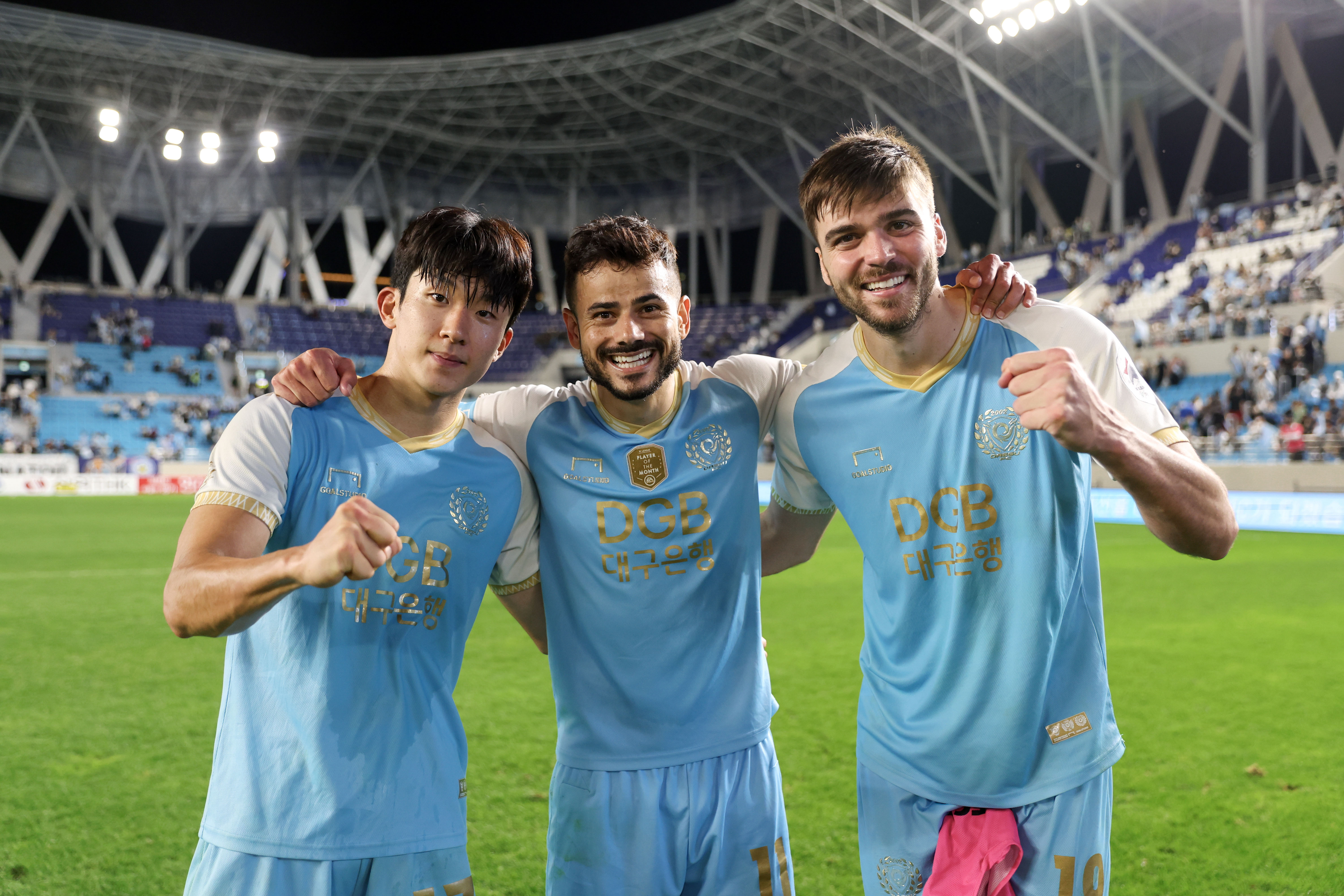 Daegu FC, too, had much higher aspirations for 2022 and even qualified for the last 16 of the AFC Champions League as winners of Group F. But the Sky Blues became embroiled in a relegation battle, even dropping to as low as 11th place at one point. However, caretaker manager Choi Won-kwon guided the team to safety with two games to spare. Go Jae-hyeon ended the season as the team's top scorer with 13, Cesinha was close behind with 12 and was named in the Best XI. Only Suwon FC scored more goals than Daegu in Final B. 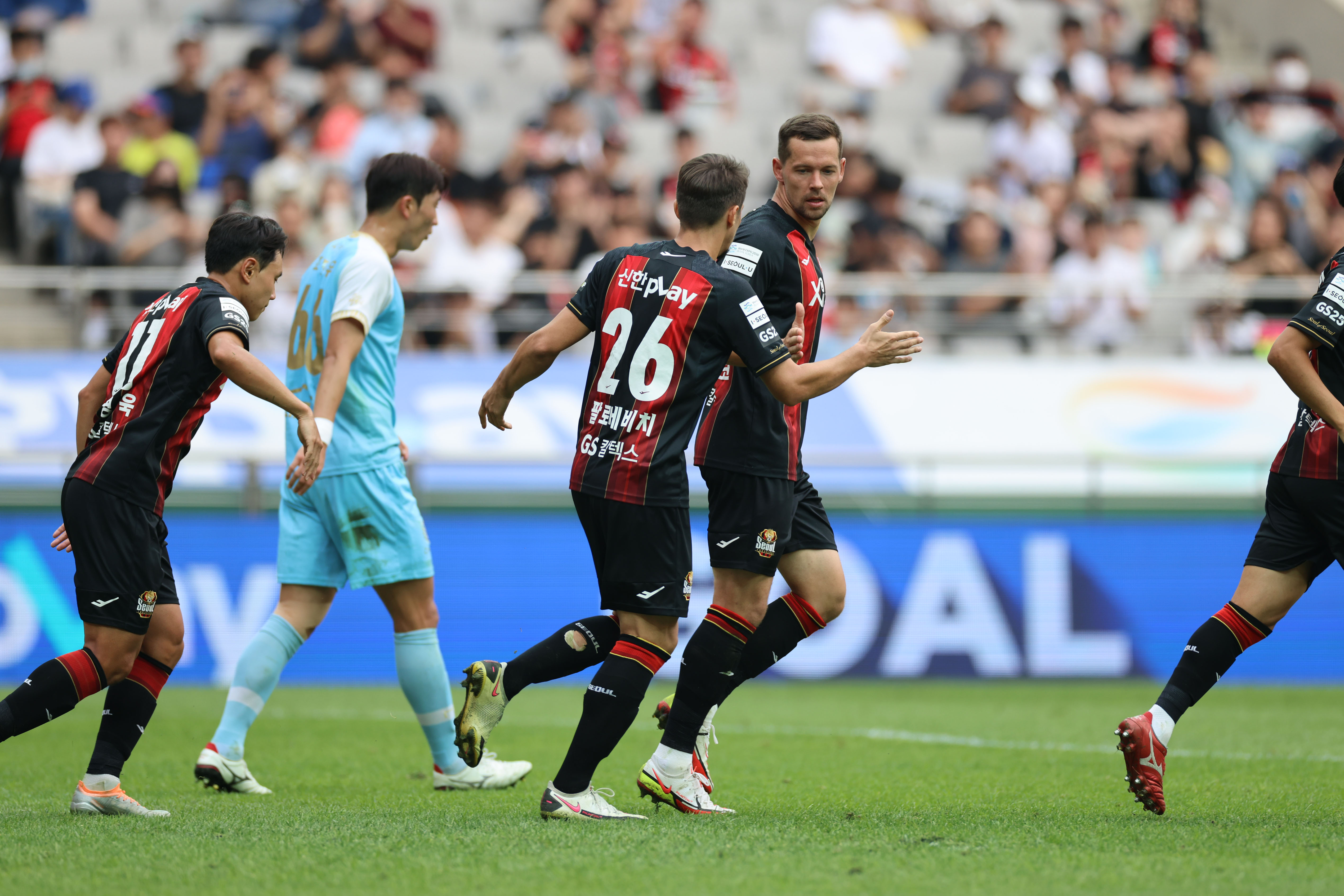 By finishing ninth, it was a bottom-half finish for FC Seoul for the third year running. FC Seoul had to wait until the last day of the season to seal safety from relegation, too, beating Suwon FC 2-0 thanks to goals from Na Sang-ho and Jung Han-min. Na was the team's top scorer in 2022 with eight, just ahead of Stanislav Iljutcenko who joined the club in summer. FC Seoul edged the Super Match in 2022, winning two, drawing one, and losing one. 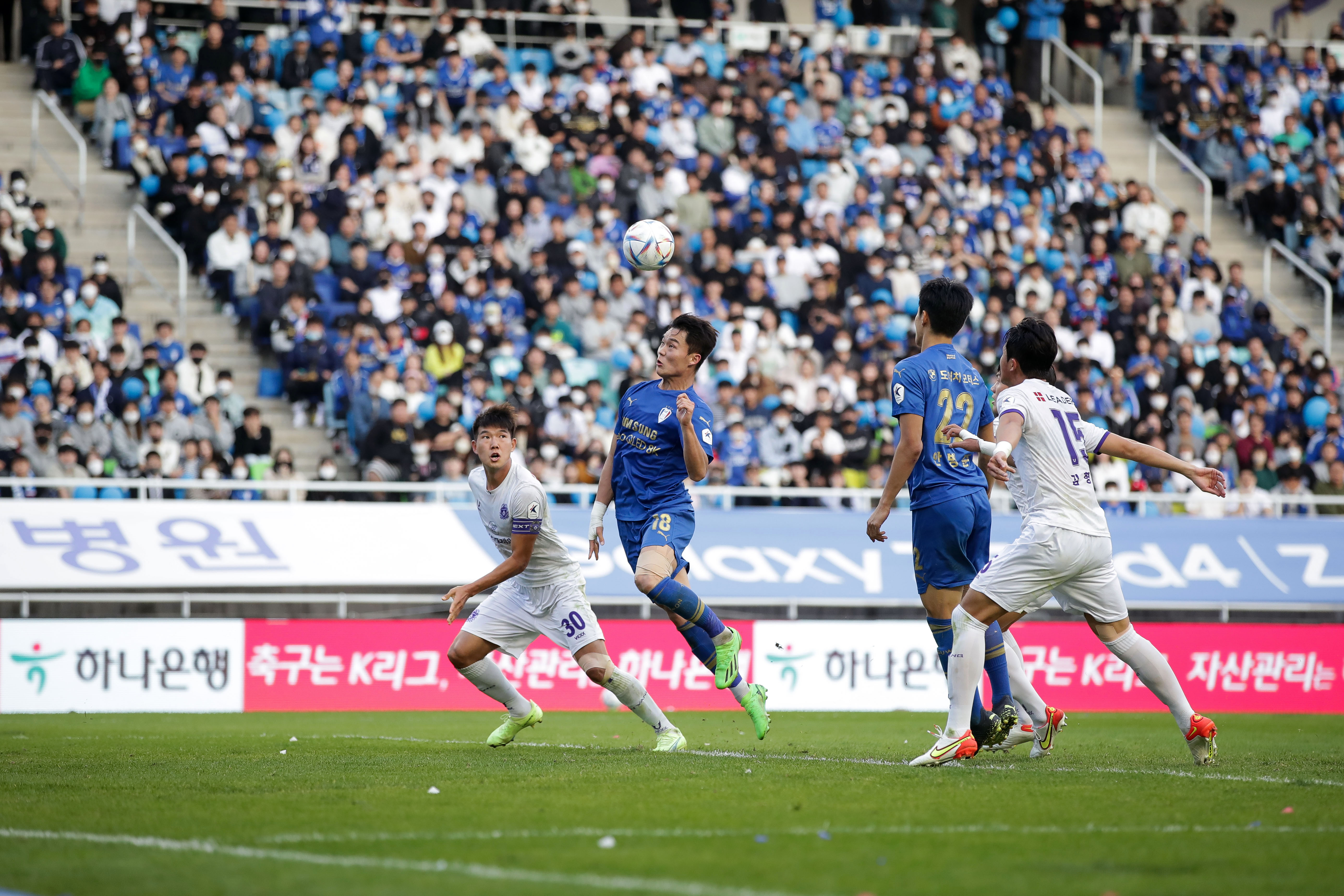 On the other side of the Super Match, Suwon Samsung Bluewings had to go through the Promotion-Relegation Playoffs in order to preserve their top-flight status. Tenth place was the lowest in the club's history and resulted in a two-leg tie with FC Anyang. After a 0-0 draw in Anyang in leg one, survival was sealed in the second leg thanks to Oh Hyeong-gyu's 120th-minute winner. Oh ended the season as the team's top scorer with 13 goals and was nominated for the Best XI. 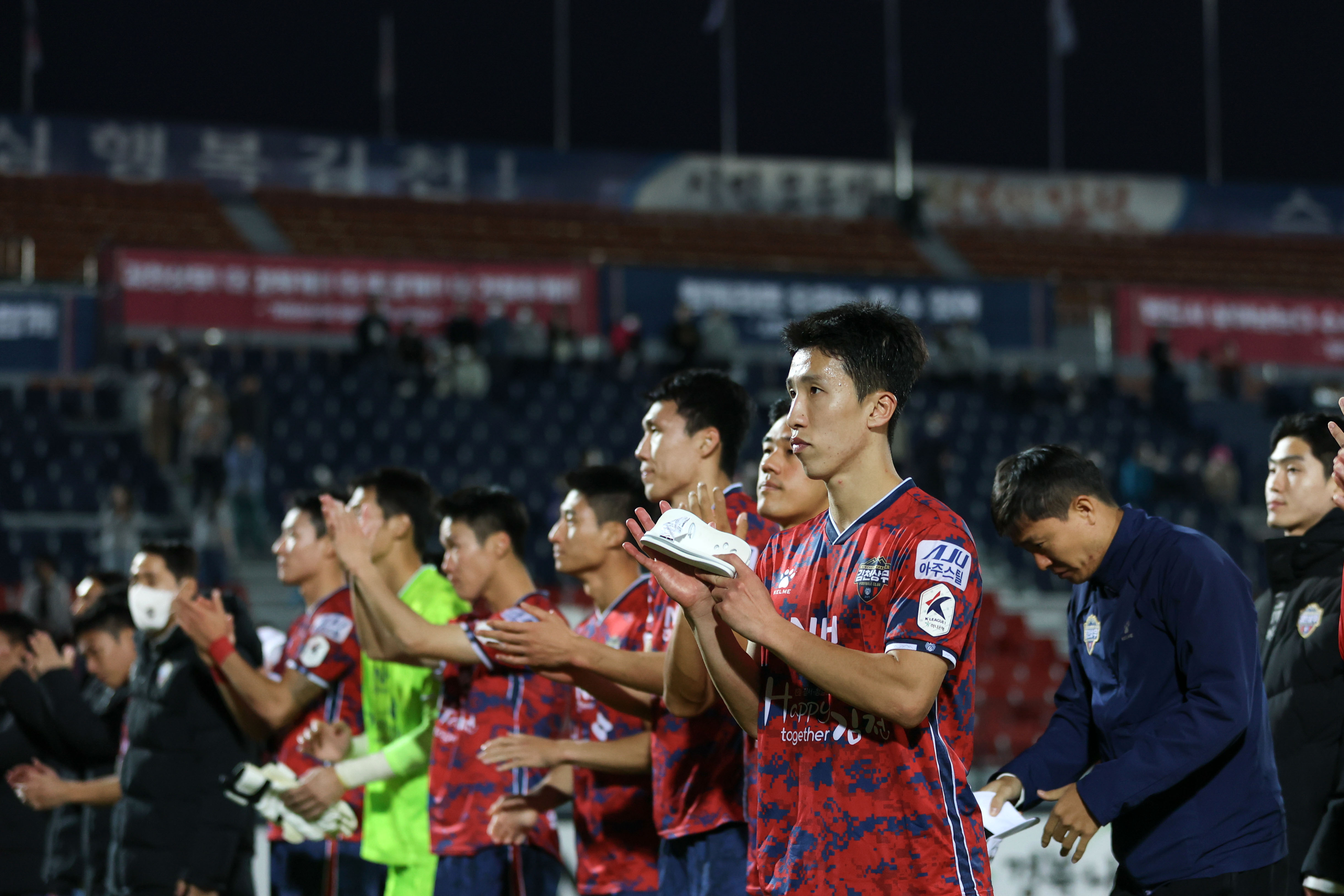 Gimcheon Sangmu's 6-1 aggregate loss to Daejeon Hana Citizen in the Promotion-Relegation Playoff means it's an instant return to the second tier. Kim Tae-wan's men won K League 2 at a canter in 2021 but will be back there again in 2023. Although army teams have been relegated before, Gimcheon Sangmu are the first to fall through the trap door via the playoffs. 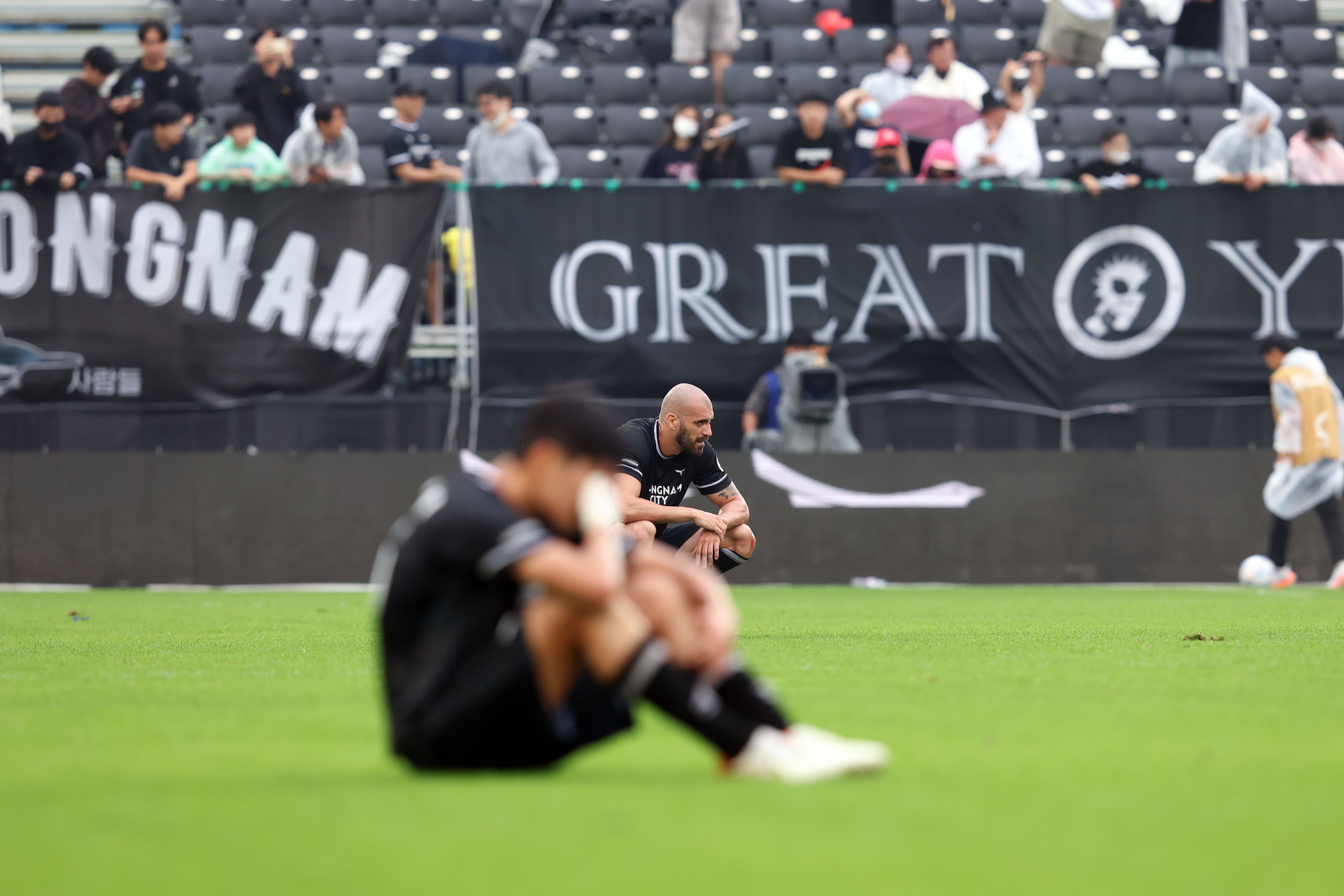 Seongnam FC's four-year stay in K League 1 comes to an end. The Magpies will be back in the second tier next year after finishing bottom of the table. Although Seongnam have been relegated before, this was the first automatic relegation in the club's history. Seongnam finished tenth last year and the year before and ninth in 2019 after winning promotion in 2018.
[READ: 2022 Hana 1Q K League 1 Final A Season Review]