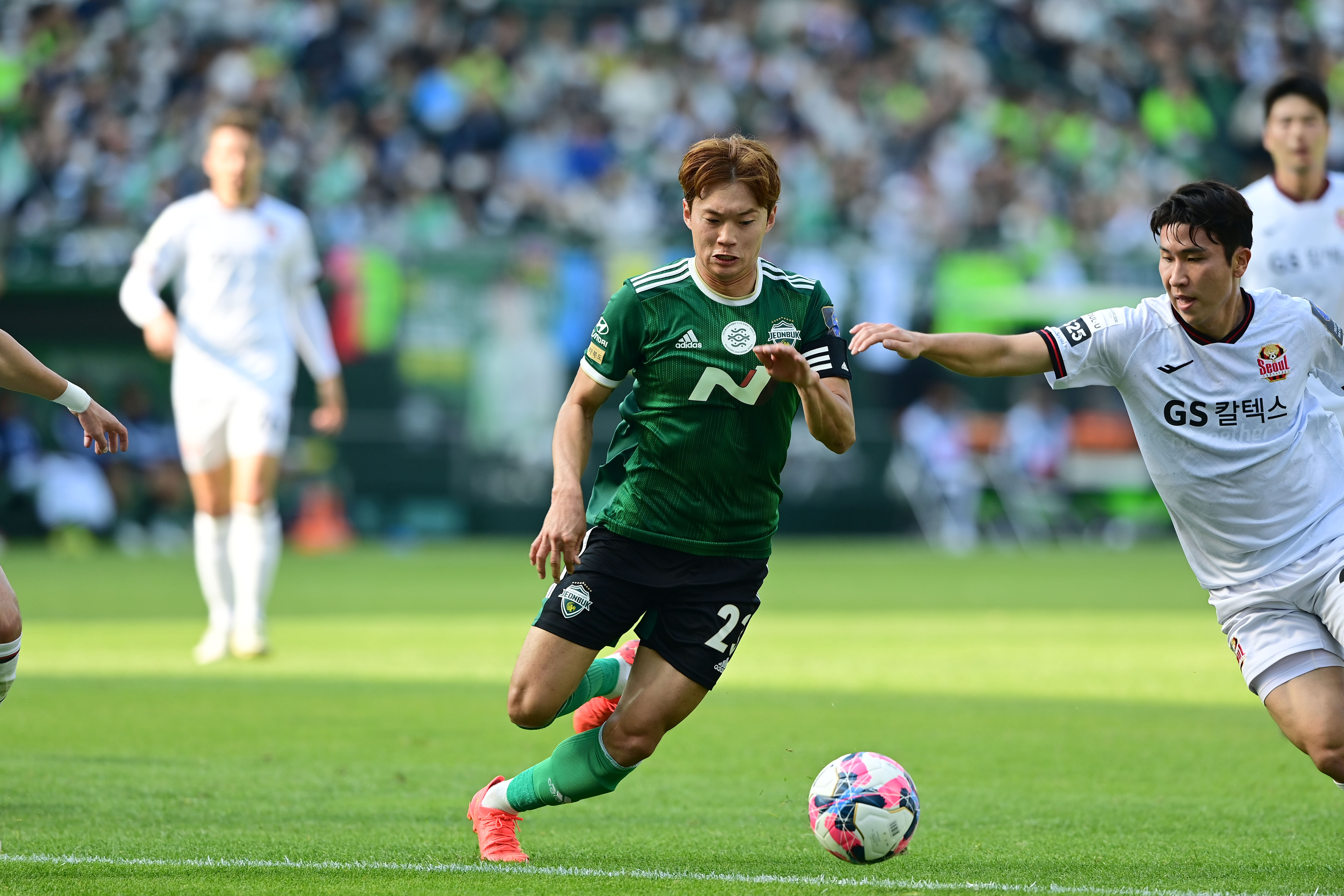 There are 16 K League players named in Paulo Bento's South Korea squad for the 2022 World Cup in Qatar, including seven defenders - five full backs and two centre backs who we'll profile next. 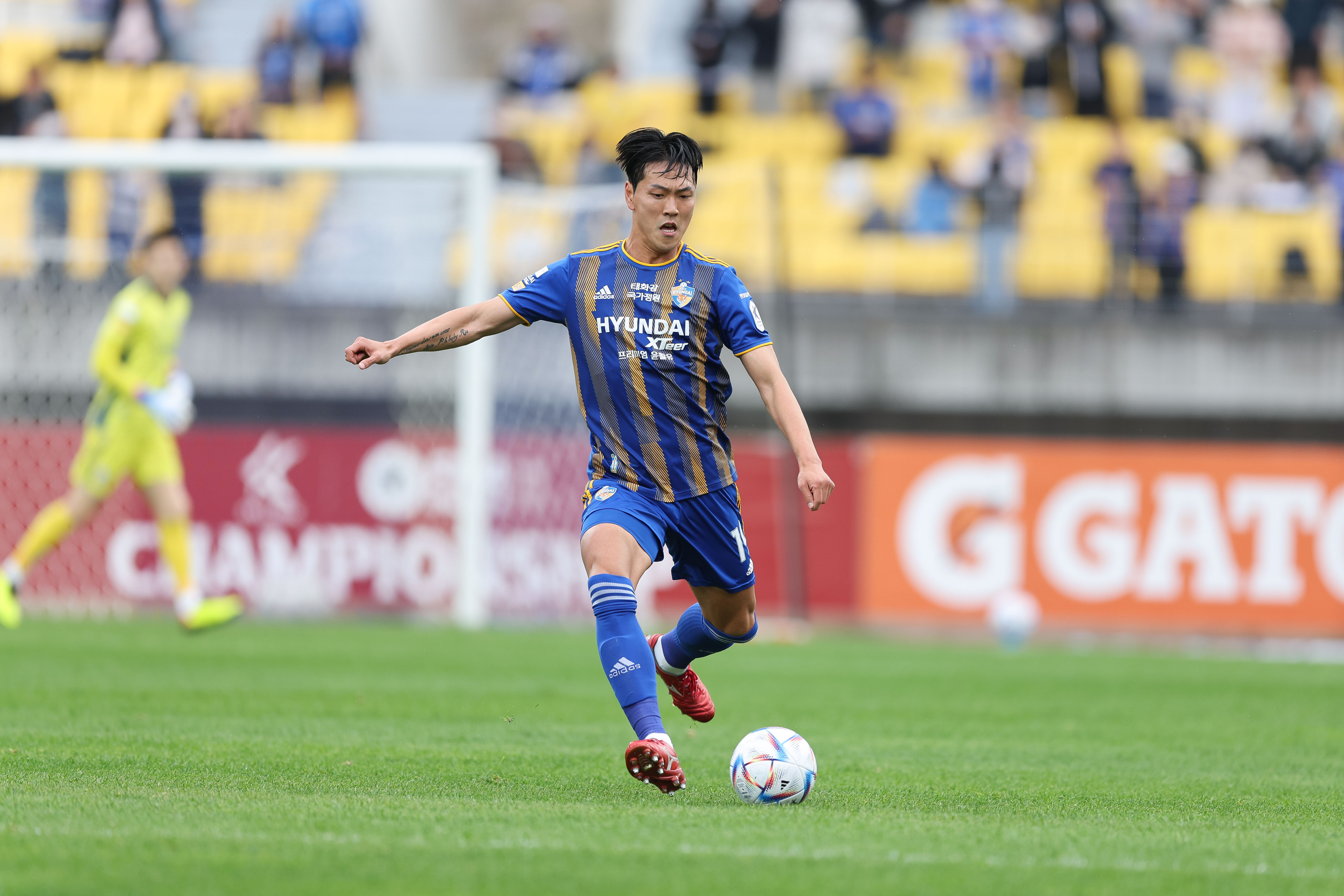 The most experienced of the K League contingent with 96 caps, Kim Young-gwon is expected to slot in alongside Kim Min-jae at the heart of South Korea's defense. The 2022 season Kim's first in K League having spent his career abroad, starting with FC Tokyo and Omiya Ardija in Japan. The Jeonju-born centre back then spent a six-year, trophy-laden spell in the Chinese Super League with Guangzhou Evergrande where he won multiple league titles, cups, and AFC Champions Leagues.

The 2022 World Cup is Kim's third having also played in 2014 and 2018. His international debut came back in August 2010 in a 2-1 friendly win over Nigeria at Suwon World cup Stadium. His first goal and assist came in the same game, in a 2-1 win friendly over Serbia in Seoul the following year. Kim also, famously, scored against Germany in the last World Cup, firing in from close range in time added on. His most recent goal came in the June friendlies and in Korea's 4-1 win over Egypt. In 2022, Kim made 36 appearances for Ulsan Hyundai to help steer the Horangi to a first K League title in 17 years. Kim ranked second for passes made to the final third with 444 in 2022 and fifth per 90 minutes at 12.11. He was also fifth for aerial duel success rate in his own penalty area with 73.68%. 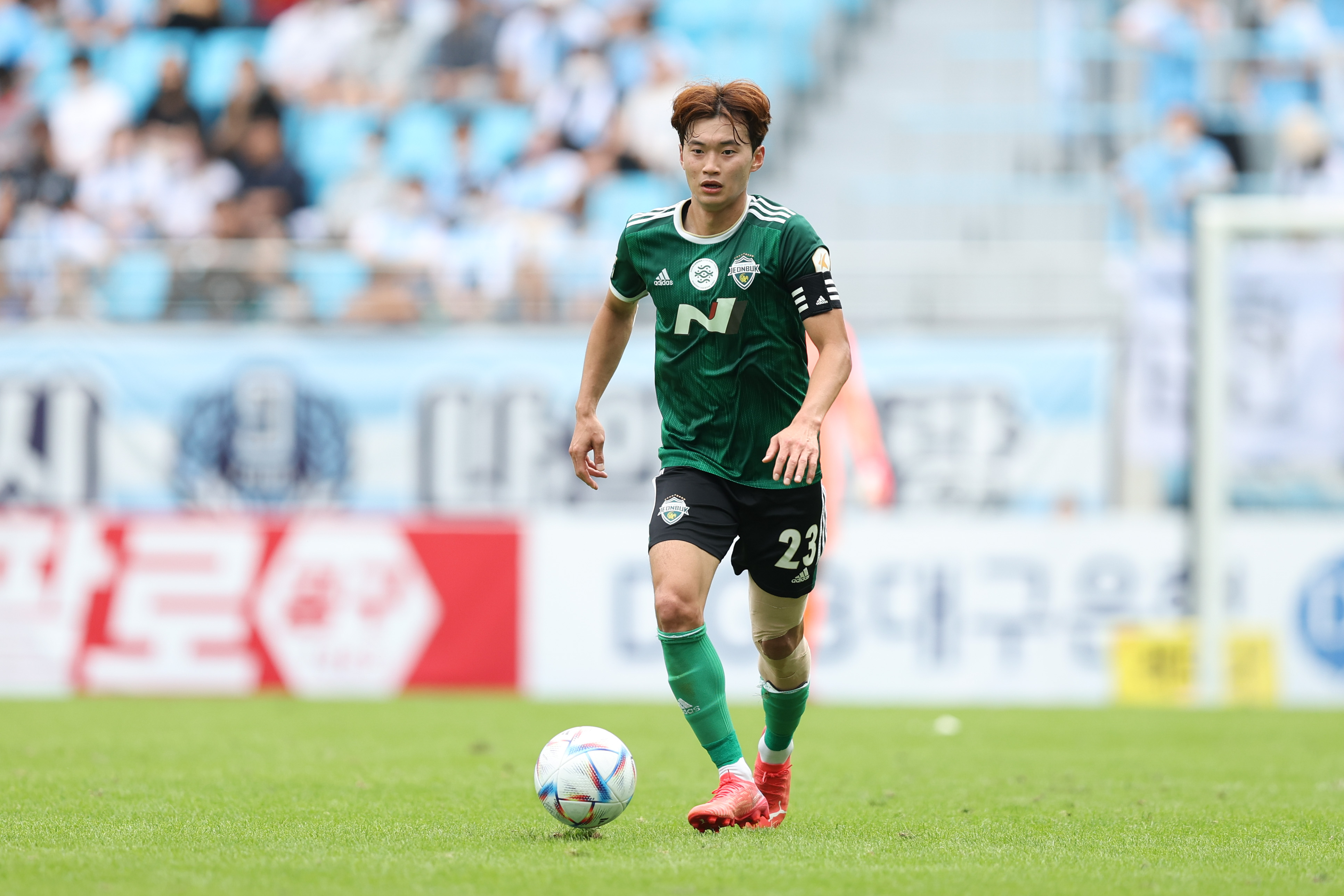 Heading to a first World Cup, despite being one of South Korea's most-capped players, is Jeonbuk Hyundai Motors left back Kim Jin-su. Kim returned to his native Korea in 2017 after a spell with TSG Hoffenheim in Germany and has gone on to win five K League 1 titles and two FA Cups while with his hometown club. He has also won two EAFF E-1 Championships with South Korea in an international career than began in 2013 when current Ulsan boss Hong Myung-bo was the manager.

His debut came in the EAFF, or the East Asian Football Championship as it was known in July 2013, a 0-0 draw against Australia at Seoul World Cup Stadium. His first assist came in the 2015 AFC Asian Cup, teeing up Son Heung-min to make it Korea 2-0 Uzbekistan. Kim recorded another in the very next match, this time to send the ball in toward Lee Jeong-hyeop to make it 2-0 against Iraq. His first goal, meanwhile, came in the 2019 AFC Asian Cup in a 2-1 win over Bahrain. In total, Kim Jin-su has two goals and nine assists from 62 caps for South Korea.

Kim played 31 times for Jeonbuk in the league in 2022, scored two and assisted three. He ranked second for crosses with 101 and with 42.57% of them finding their target, Kim's crossing put him in the top 10 for accuracy. A total of 18 key passes sits him eighth in the division in that regard Vying for that left back spot with Kim Jin-su is Daegu FC's Hong Chul. Hong is heading to his second World Cup, having also been part of Shin Tae-yong's squad in 2018. His international career began in February 2011 in a 0-0 draw with Türkiye in Trabzon. It didn't take Hong too long to record his first assist as in his second cap, the then Seongnam man crossed in for Park Chu-young to make it Korea 6-0 Lebanon in a World Cup qualifier in Goyang. Hong even managed to lay on two assists in one match when Korea put eight past Sri Lanka in a World Cup qualifier in 2019. He also scored and assisted one as captain against Hong Kong in the EAFF in July 2022. It's his only goal for Korea to date with nine total assists.

Hong made 28 appearances for Daegu FC in the league this season as well as four in the AFC Champions League, a competition that he has won twice with two different clubs - Seongnam and Ulsan, and three in the FA Cup. He scored one and assisted two. 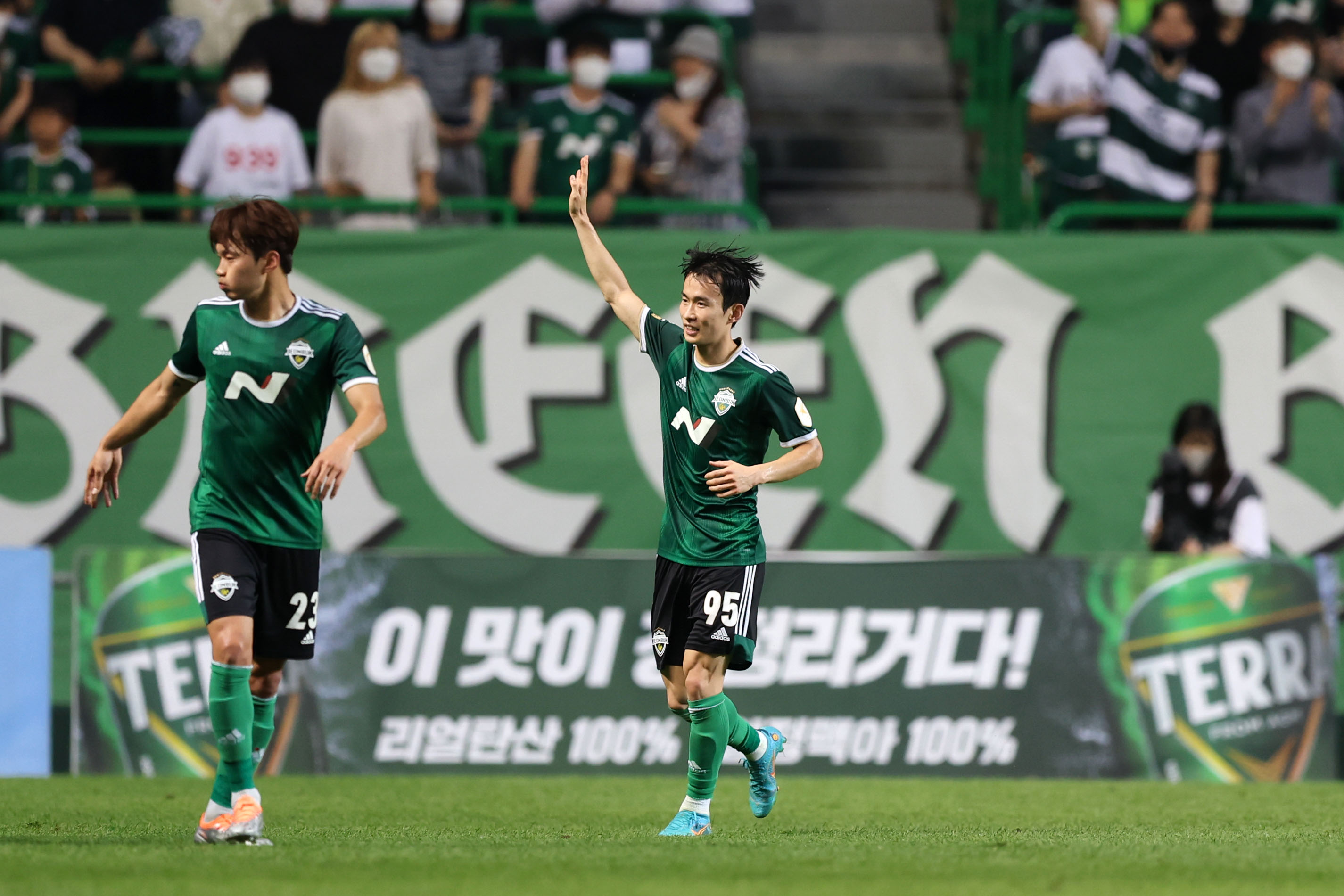 On the other side of the pitch, battling for the right back spot is Kim Moon-hwan of Jeonbuk Hyundai Motors. Kim joined Jeonbuk earlier this season, returning to K League after a stint in MLS with LAFC. Qatar 2022 will be a first World Cup for Kim who made his international debut in September 2018, Paulo Bento's first match in charge - a 2-0 win over Costa Rica. It was a four-minute cameo late in the second half and his second cap was similar in a 0-0 draw with Chile four days later but he was able to et 45 minutes under his belt to win a third cap against Panama in Cheonan on October 16th. His first start and full 90 came in the AFC Asian Cup in 2019 in a 2-0 win over China.

For Jeonbuk this season Kim made 28 appearances, scored one goal, and laid on three assists in the league and provided two assists from five in the FA Cup including one in the first leg of the final. The FA Cup is his first piece of major silverware but was part of the South Korea squad that one the 2019 EAFF E-1 Championship, and won promotion to K League 1 via the playoffs with Busan IPark that same year. 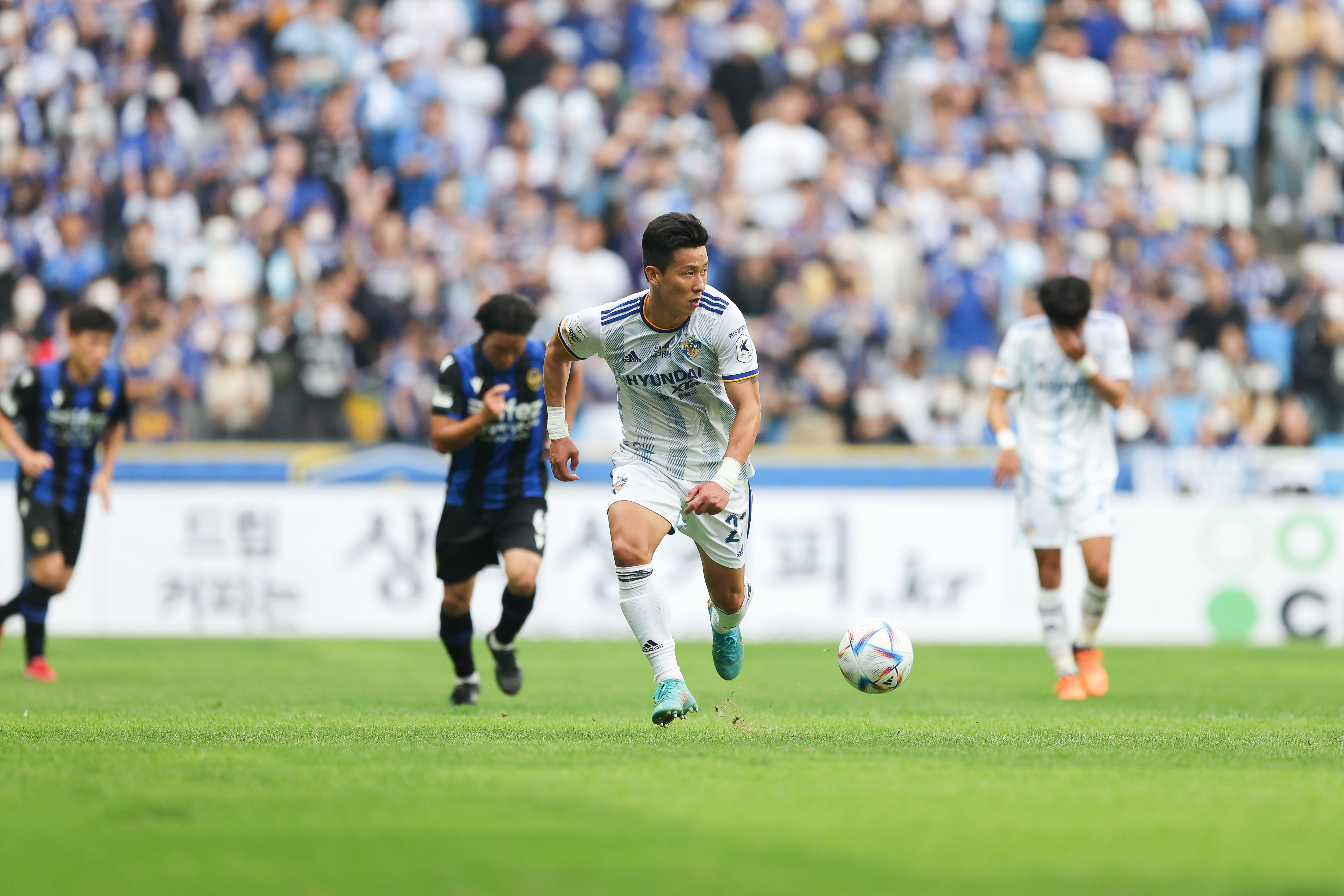 One of the other two right backs in the squad, Kim Tae-hwan, will be heading into Qatar full of confidence after a K League title-winning season. Kim played 30 times in the league for champions Ulsan Hyundai, laying on three assists. It was his second piece of major silverware with the Horangi after also being a key part of the AFC Champions League winning side of 2022. But despite being 33 years old and with over 400 career appearances, Qatar 2022 will actually be his first World Cup. The man they call "Cheetah" due to his lightning pace made his international debut in January 2014 when his current club boss Hong Myung-bo was manager, coming off the bench against Costa Rica in a 1-0 away win. His first start came four days later against Mexico.

He's yet to score for his country but Kim Tae-hwan managed to lay on an assist during World Cup qualification earlier this year, teeing up fellow full back Kim Jin-su in the 2-0 win over Syria. Kim has had an excellent season with Ulsan and ranks first for crosses in K League 1 with 121 and 16 key passes is enough for him to sit 14th in the league in that regard. The 2022 K League title was his first for Ulsan but third overall having also won two while with FC Seoul in 2010 and 2012. 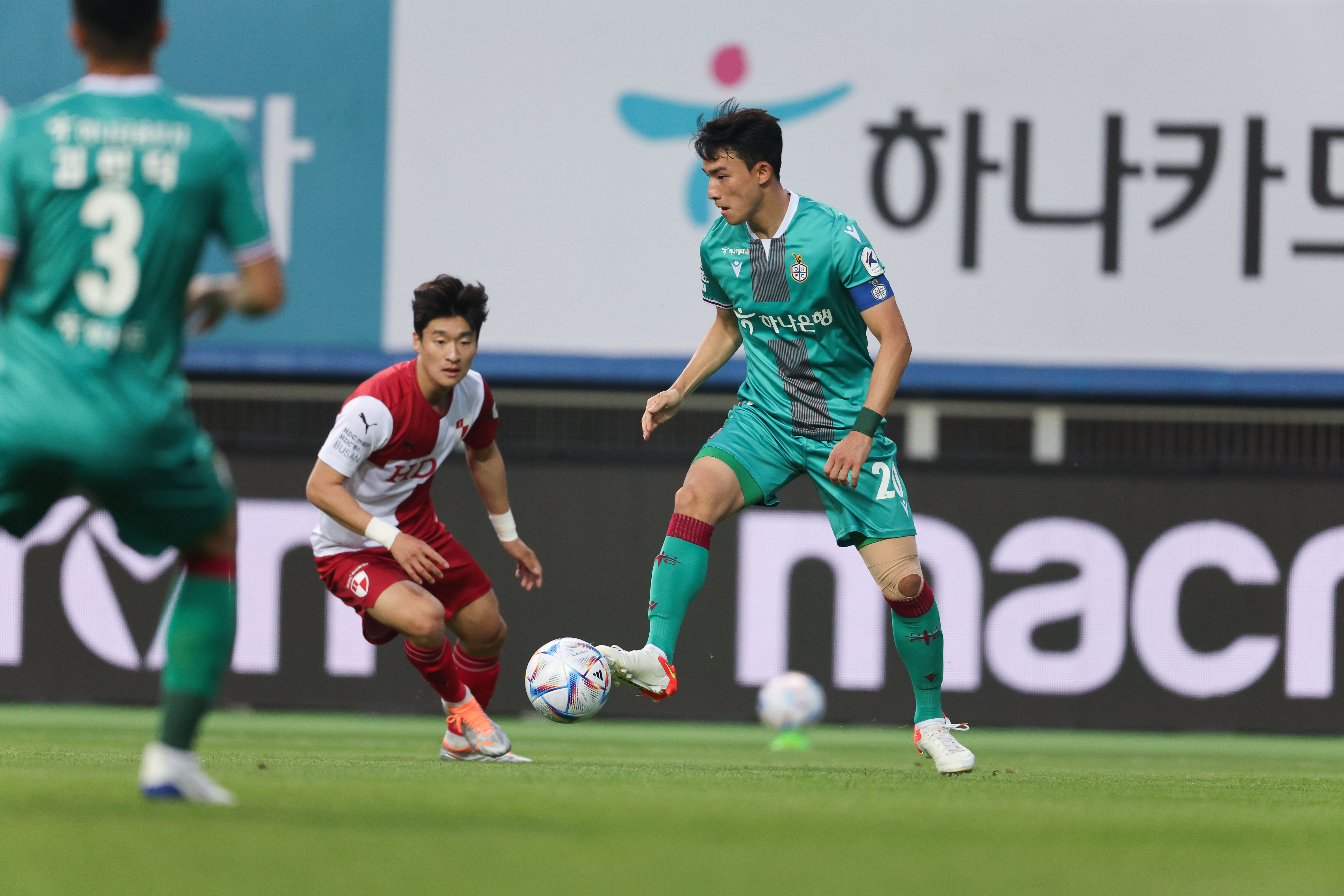 Daejeon Hana Citizen captain Cho Yu-min broke into the full South Korean national team setup this year, earning call-ups to four different squads. His first cap came in the 3-0 win over China in the EAFF E-1 Football Championship before a second and third followed in the next to matches. Cho returned to the bench for the two friendlies with Costa Rica and Cameroon but played around 46 minutes in the 1-0 win over Iceland earlier this month.

Cho enjoyed an excellent season for Daejeon, helping the team win promotion via the playoffs and seal a long-awaited return to the top flight. He scored seven goals throughout the campaign, mostly headers from set-pieces, as well as a close-range tap-in in the playoff final first leg. He was also named in the K League 2 Best XI and was a nominee for MVP. While Cho is new to the full national team setup, he did feature 11 times for the U23s, including in the 2018 Asian Games where he helped South Korea win gold. Cho can play in a three of a four with comfort and will be one of Paulo Bento's centre back options regardless of what system the Portuguese opts for. He's known for his excellent aerial prowess in both boxes and his range of passing. 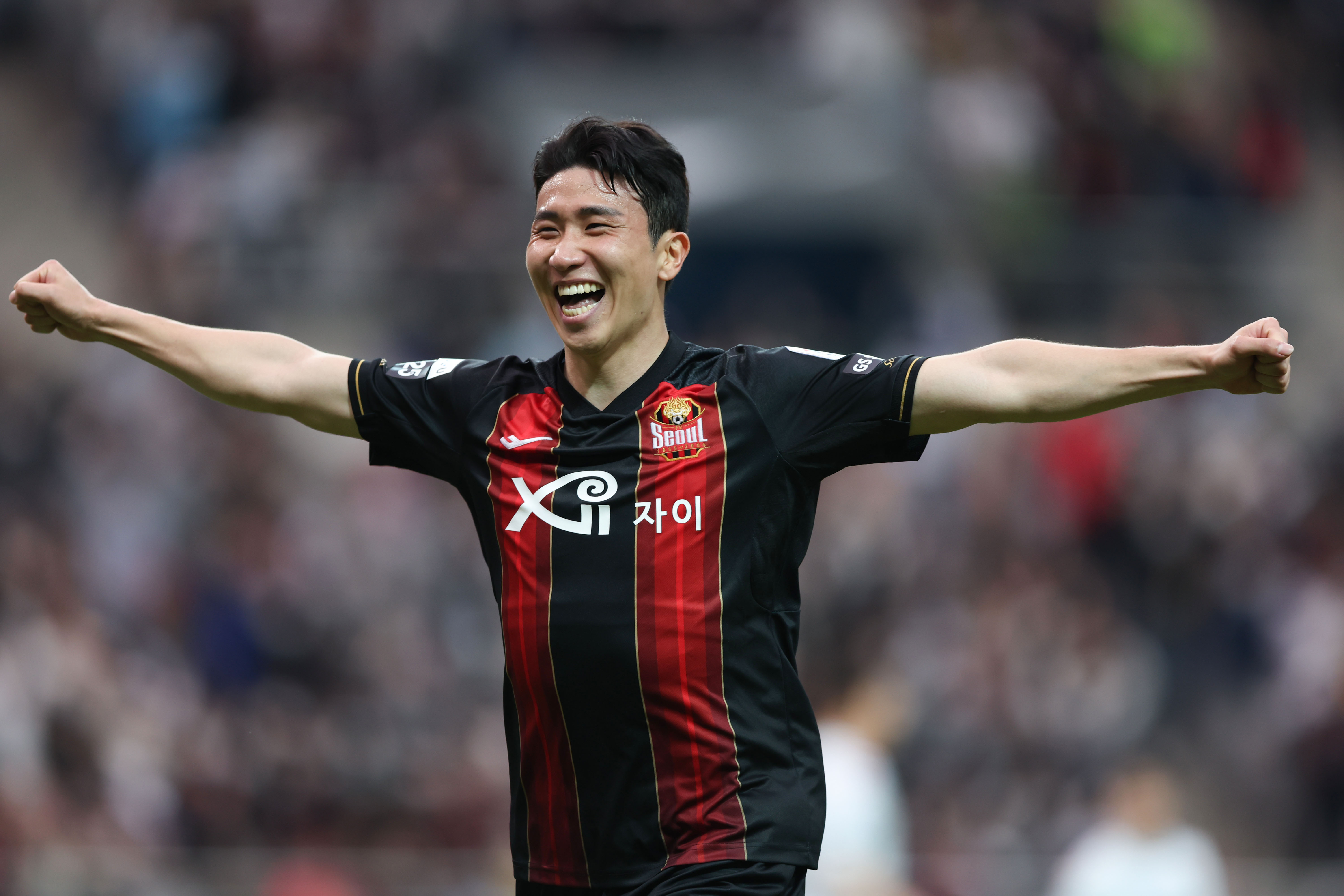 The third of three right backs in the squad is FC Seoul's Yoon Jong-gyu. Yoon has been a regular for the capital club for the last four seasons. His first international call-up came in November 2020 when Korea took on Mexico and Qatar in two friendlies in Austria. His debut came against the latter in a 2-1 win, playing the full 90 minutes at left back. His next appearance didn't come until earlier this year, in the EAFF when he started and played 73 minutes of the 3-0 win over China. His first goal contribution came in the 2-2 draw with Costa Rica in September when laying the ball into the path of Hwang Hee-chan.

For FC Seoul this season, Yoon played 32 times, scoring one and assisting one. His goal came in a 3-1 home win over Suwon FC in May. His came in the 2-0 opening-day win over Daegu FC. A total of 238 passes to the final third ranks him 16th, eighth as a defender. He won close to 62% of his defensive duels in 2022, won 50% of his sliding tackles, made 106 interceptions, and showed 87% passing accuracy.