South Korea's 26-man squad for the World Cup in Qatar has 16 K League-based players and 12 from overseas. We profile five of the players that were made in K League. 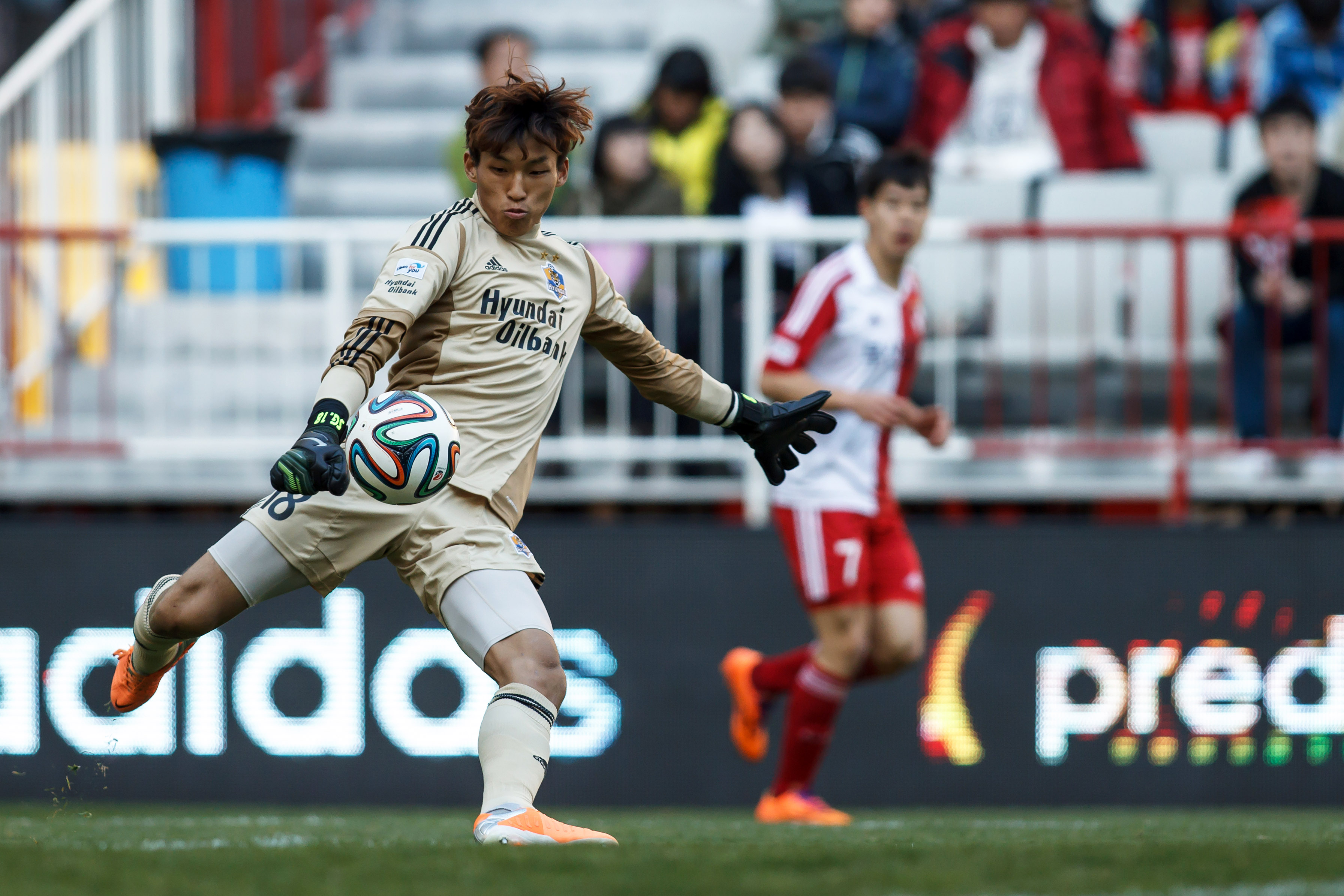 South Korea's number-one goalkeeper for the 2022 World Cup in Qatar began his career with Ulsan Hyundai in 2008. He won the AFC Champions League with the Horangi in 2012, playing three group stage matches - Brisbane Roar home and away, and Beijing Guoan at home, as well as the Round of 16 clash with Kashiwa Reysol. He returned to the bench for the quarters and semis but started the final against Al-Ahli and kept a cleansheet in the 3-0 win. He returned to Ulsan in 2019 for a six-month spell before returning to J.League with Kashiwa Reysol.

Kim, known for his sharp shot-stopping and ability to play with his feet, was named in the K League Best XI in 2013 after keeping 16 cleansheets from 32 games, three more than his nearest competitor. Qatar will be Kim's third World Cup having also been part of the squad in Russia and Brazil. His national team debut came in 2013 in a 0-0 draw against Peru. 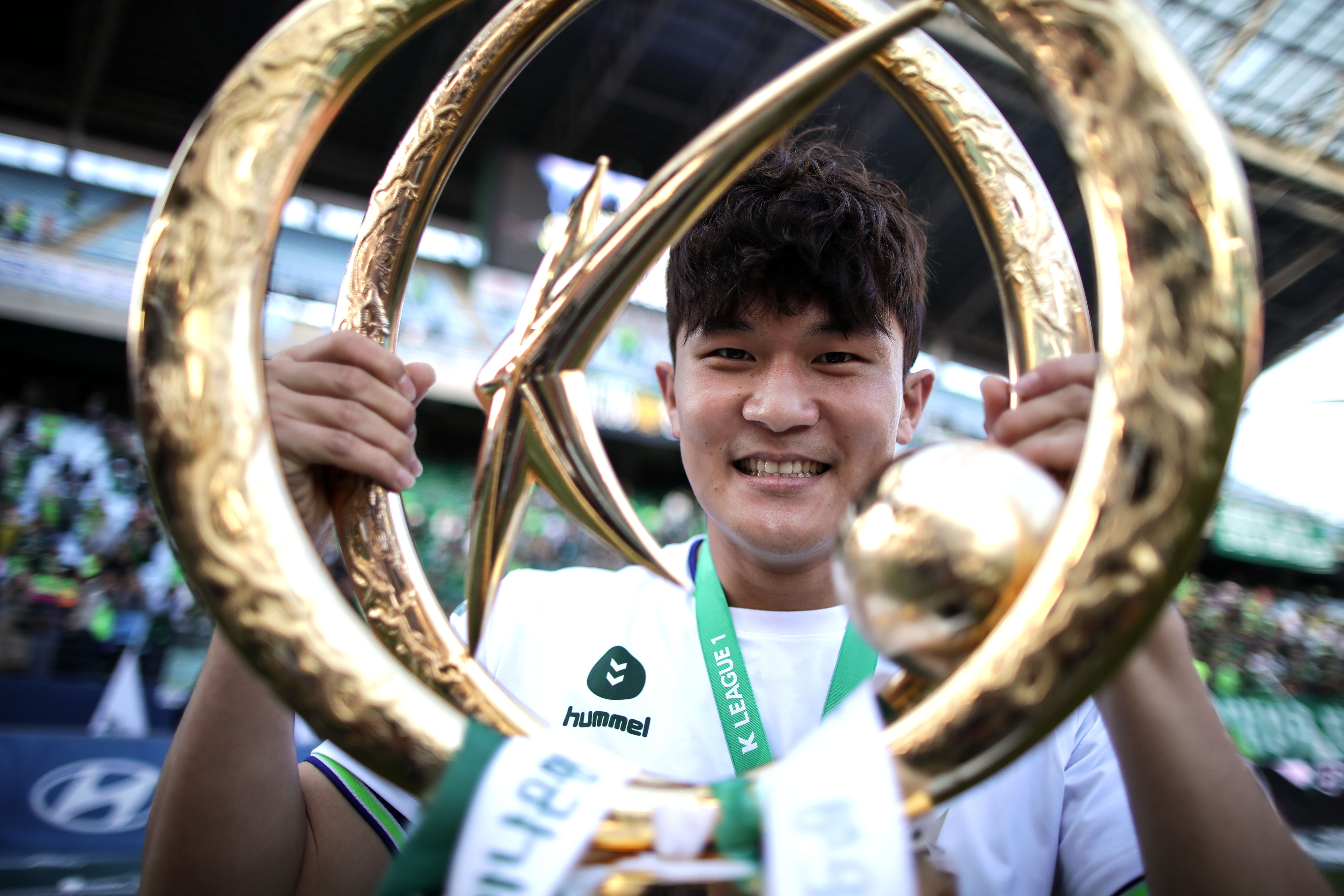 Although Kim Min-jae began his football career with Gyeongju KHNP in the National League (third tier), he made his name in K League with Jeonbuk Hyundai Motors. He burst onto the scene with the Green Warriors that year, making 29 league appearances and scoring two goals to help Jeonbuk win back the title. It would be the first of two titles Kim would win while at Jeonju Castle, the second came the following season before moving to Chinese Super League side Beijing FC. While in K League, Kim was named in the Best XI for two years straight.

The 'Monster' has since gone on to impress in both the Turkish and Italian top flights and will be a key player for South Korea in the 2022 World Cup. His international career began in 2017 at the tender age of 20 years old. In fact, his first two appearances for the national team were in World Cup qualifiers, both ended with Korea earning cleansheets - 0-0 draws with Uzbekistan and Iran. 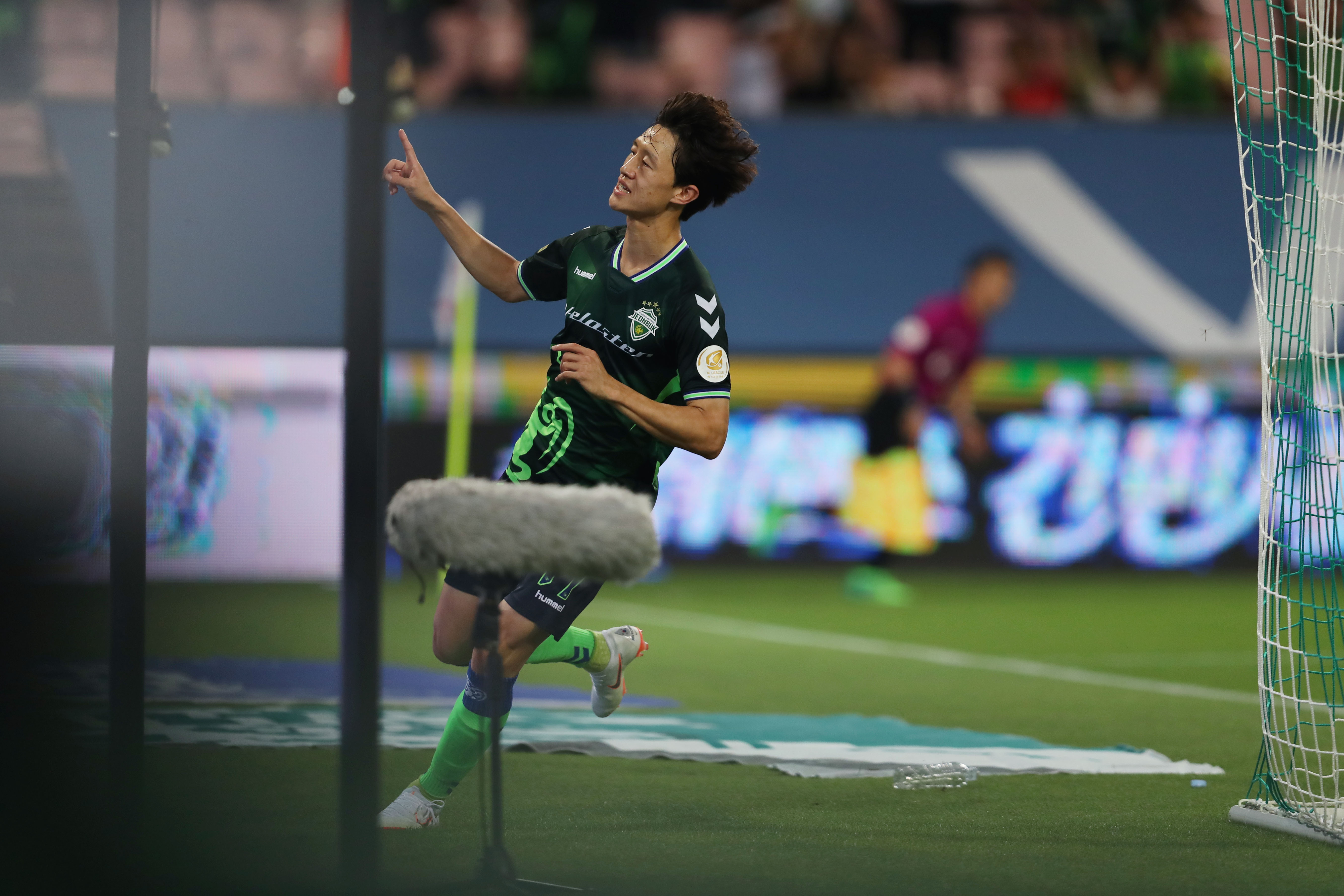 Another player that made their name with Jeonbuk Hyundai Motors was attacking midfielder Lee Jae-sung. Lee spent four years in Jeonju and won four K League titles, one AFC Champions League title, and was named as K League MVP in 2018. With his stock higher than ever, Lee then made the move to Holstein Kiel in Germany before eventually earning a move to top-flight team 1. FSV Mainz. While in K League, Lee was named in the Best XI in 2016, 2016, and 2017 and was named as the league's MVP in 2017 before departing for Germany in the summer of the following year.

Lee has been a regular for the South Korean national team for a number of years, including throughout the last World Cup cycle. His national team debut came back in 2015 in a 1-1 friendly draw with Uzbekistan. His first goal came in his very next cap, bagging the winner at home to New Zealand. 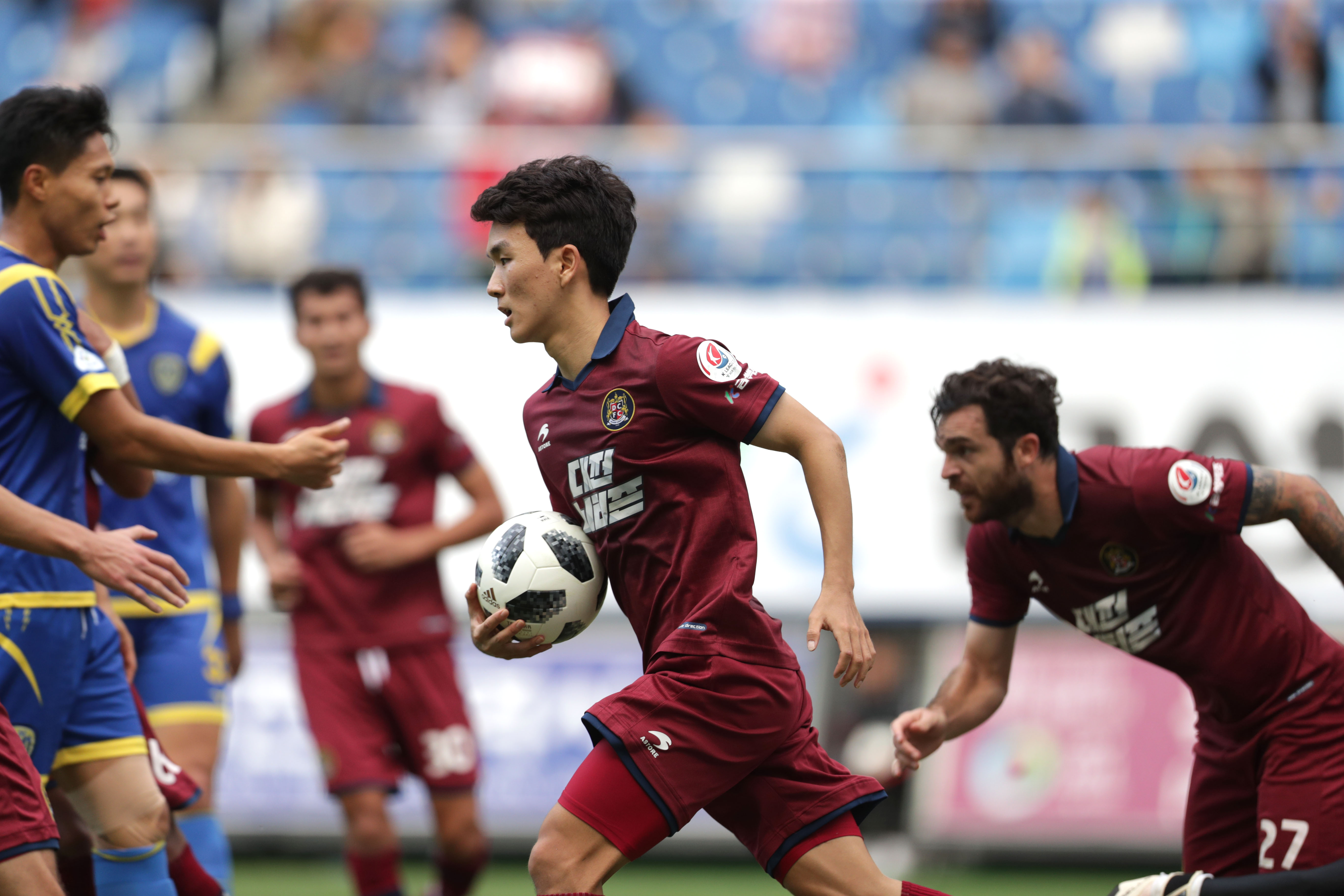 Olympiacos midfielder Hwang In-beom made his K League bow in the colours of Daejeon Citizen in 2015. Hwang made close to 100 appearances for his hometown club, scored 15 and assisted 13 before eventually leaving K League to join Vancouver Whitecaps in MLS. The 'Son of Daejeon', as he is known, began his military service early in 2018, joining Asan Mugunghwa, but an Asian Games gold medal that summer meant the versatile midfielder didn't need to serve the full 22 months and returned to Daejeon. Hwang was named in the K League 2 Best XI in 2016, 2017, and 2018 and played 18 times for Asan in their K League 2 title-winning campaign in 2018.

Hwang returned to Korea for a brief spell with FC Seoul in the summer of 2022 on loan from Rubin Kazan before sealing a move to Greek giants Olympiacos. His international debut came that September in Paulo Bento's first game in charge, the 2-0 win over Costa Rica in Goyang. Hwang came off the bench in the second half and made a handful of cameo appearances before establishing himself as a midfield regular. His first goal came in just his fourth cap, in a 2-2 draw with Panama in Cheonan. His first competitive goals came in the EAFF in 2019 where he was also named as the tournament MVP. 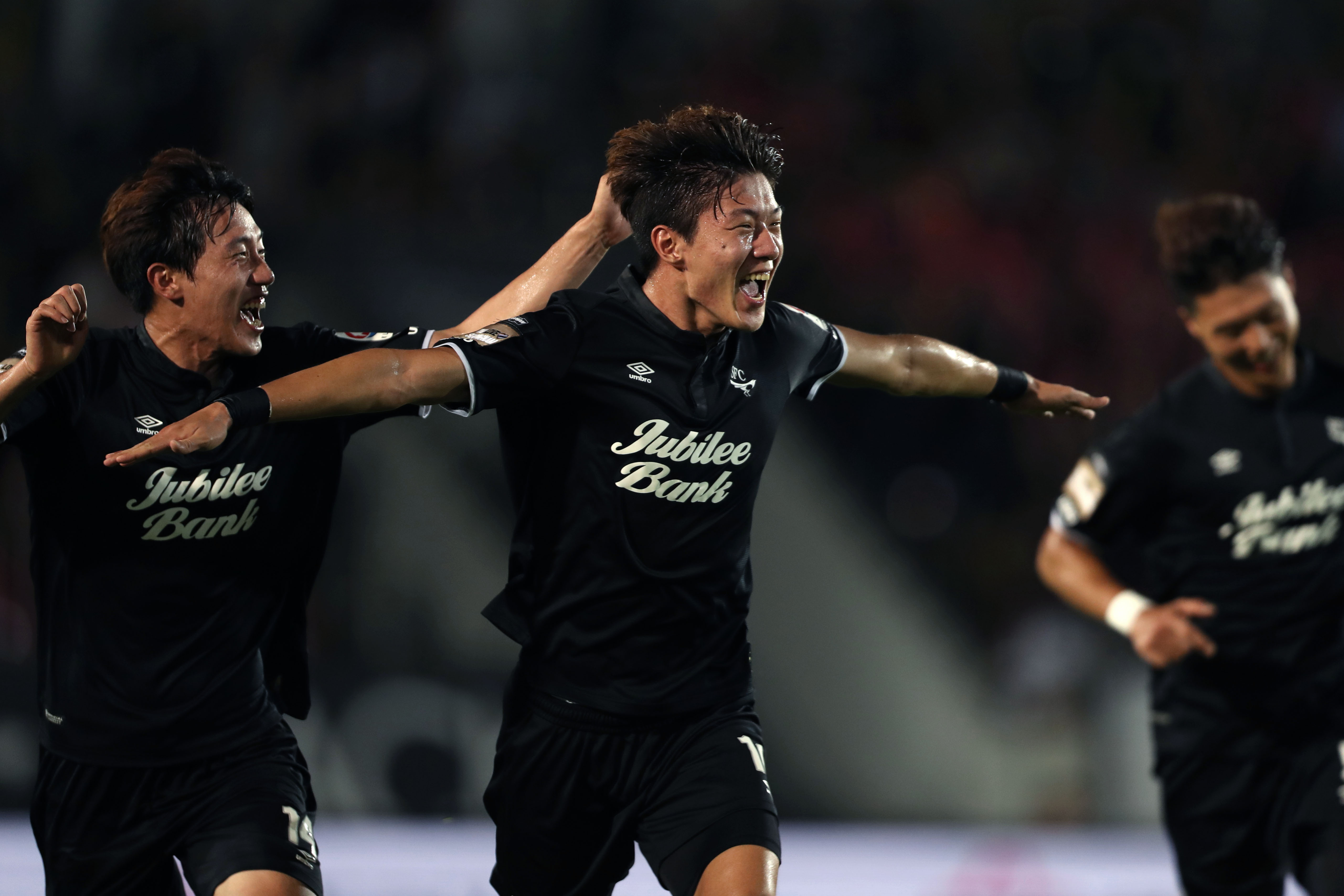 Forward Hwang Ui-jo broke through at Seongnam in 2013 when the club was still known as Ilhwa Chunma. In 2014, Hwang helped Seongnam win the first trophy of its citizen club era, the FA Cup. He made four appearances in the competition that season, including a cameo off the bench in the final at Seoul World Cup Stadium against FC Seoul. The following season, with Seongnam in the AFC Champions League, Hwang helped the Magpies finish second in a difficult Group F before eventually bowing out in the Round of 16 stage.

Hwang left Seongnam in 2017 to join J.League side Gamba Osaka before signing from French giants Bordeaux. The 30-year-old is currently on loan at Olympiacos from English Premier League club Nottingham Forest. Hwang Ui-jo made his international debut in 2015 in a World Cup qualifier against Laos. His first goal came later that year in a 3-0 friendly win over Jamaica while his first goal in a competitive match came in a 1-0 win over the Philippines in the 2019 AFC Asian Cup. Hwang was part of the 2018 Asian Games gold medal-winning team which helped propel him back into contention for the full national team. In 2018 he was named as South Korea footballer of the year by the KFA.