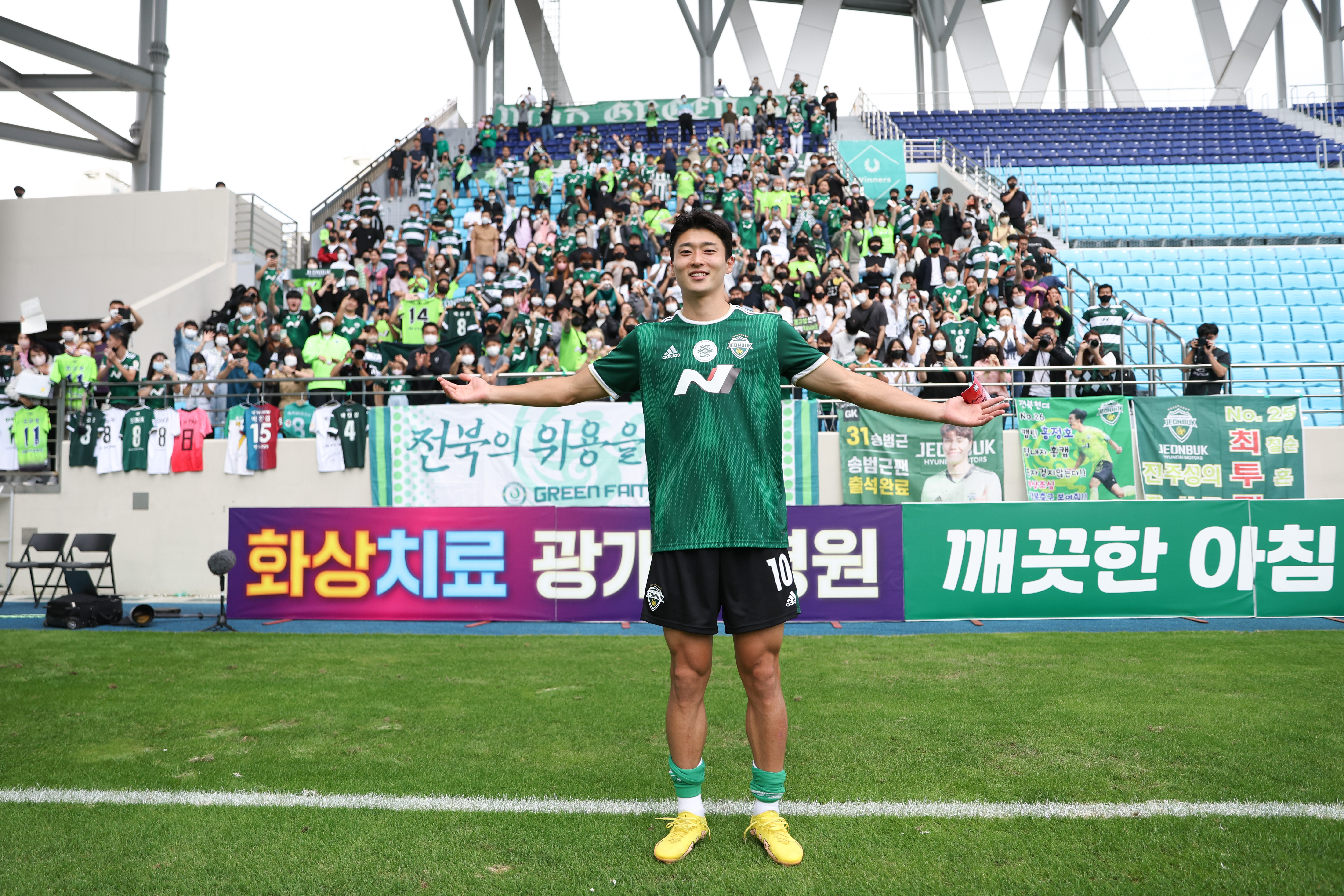 He is, according to Opta Stats, also the first South Korean player to score two goals in a single World Cup match.

Both goals came in South Korea's 3-2 loss to Ghana on Monday night as Paulo Bento's men battled bravely in the second half to come back from 2-0 down to get themselves back on level terms.

Cho Gue-sung, who was tasked with leading the line for South Korea, scored his first goal on 58 minutes - powering in a thumping header from a Lee Kang-in cross.

His second came just three minutes later, this time it was his Jeonbuk teammate Kim Jin-su who did excellently to keep the ball in and send in a perfect cross.

Cho rose above the Ghana defenders to power his second of the match into the roof of the net.

But, Korea conceded a third on 68 minutes to see the match end in defeat.

Na Sang-ho of FC Seoul was introduced at half time in place of Jeong Woo-yeong to make it six.

Cho Gue-sung's expected goals (xG) was 0.77, he had eight touches in the box, and had four shots on target from five attempts.

Kim Jin-su, who registered an assist for Cho's second goal, also managed to land 67% of his crosses. In terms of his defensive work, Kim Jin-su won 75% of his defensive duels, made three interceptions and three clearances.

At centre back, Kim Young-gwon won 100% of his aerial duels, made three clearances, and two interceptions.

At right back, Kim Moon-hwan's passing accuracy was at 85%, won 60% of his aerial duels, 70% of defensive duels, made eight interceptions, and three clearances.

Up next for South Korea is Portugal this Friday in what is a must-win match.

Korea need to win and hope that Uruguay beat Ghana to stand any chance of reaching the Round of 16.