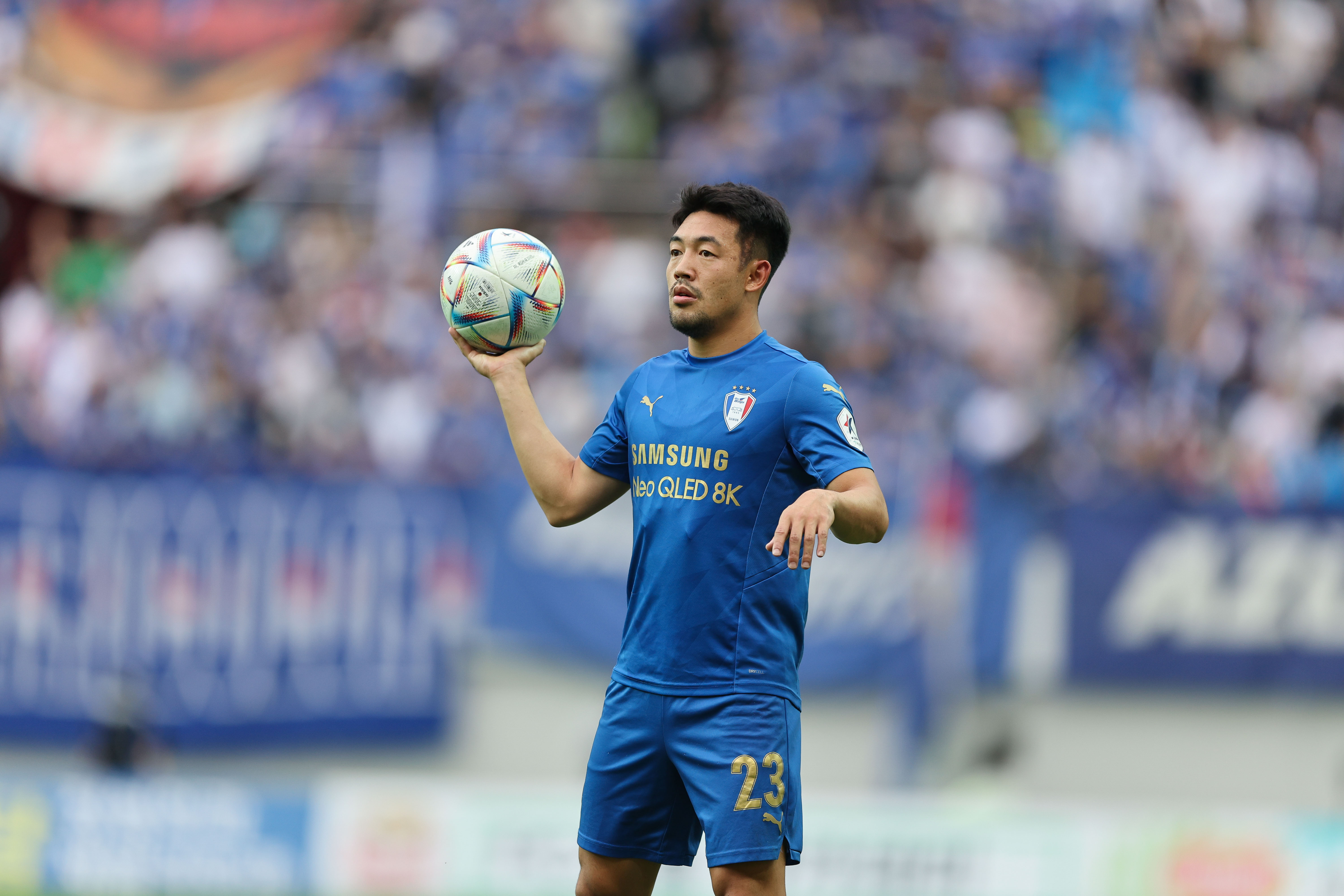 The modern full back has to do a bit of everything. They need to be sound defensively but are also expected to contribute in attacking situations. After starting with the top goalkeepers in K League 1 in 2022, we turn our attention to the top full or wing backs of the division.

Evidence of just how important full backs are can be seen in the top three crossers in K League this past season. Ulsan Hyundai's Kim Tae-wan is top with 121, Jeonbuk Hyundai Motors' Kim Jin-su is second with 101, and Jeju United's Ahn Hyun-beom is third with 100. This isn't top among the full backs, but top overall.

It's all well and good sending the ball into the mixer but crosses needed to be accurate. And similarly to the number of crosses made, the most accurate full backs also scored quite highly overall, too. Suwon FC right back Jeong Dong-ho showed the best crossing accuracy among full backs at 47.17%, second overall, followed by Seongnam FC's right back Lee Si-young at 46.91%, third overall, and Suwon FC's Park Min-gyu with 46.3%, fourth overall.

K League's top assist maker in 2022 was in fact a full back. That honour, of course, went to Suwon Samsung Bluewings left back Lee Ki-je who managed to record an incredible 14 assists. A handful of other full backs managed to provide assists too, namely Kim Jin-su, Ulsan's Kim Tae-hwan, Seol Young-woo, and Hwang Jae-won who all managed three.

Sometimes, a player has done all they can to create a goal-scoring opportunity. The final ball was inch-perfect, it landed exactly where they wanted, but the forward player was unable to finish the job. In this case, a player would be credited with a key pass and full backs are among the most productive. With Lee Ki-je sitting top of the assists charts it will be of little surprise to see that Suwon Bluewing is also top of key passes as a full back. Lee recorded 19 which is the sixth-best overall, behind him is Ulsan Hyundai's Kim Tae-hwan with 16, and Jeju United's Ahn Hyun-beom is third with 13.

Full backs are expected to defend too, of course, and get tackles in. Pohang Steelers' Park Seung-wook and Ulsan Hyundai's Seol Young-woo managed to most out of all full backs, eighth overall, with 33, as too, with Suwon Bluewings' Kim Tae-hwan in third with 30, 11th overall.

Another key stat players at the back will be judged on is the number of defensive duels they win. Full backs don't score too highly in this metric, not in K League last season at least, but Pohang Steelers' Park Seung-wook won the most with 70.52%, Lee Yong was second at 68.75%, and Park Min-gyu third with 68.81%.

Continuing with the defensive side of a full back's game. It doesn't matter where it goes, as long as it's not near your own penalty box - sometimes you just need to send the ball into row z and clear the danger. Among full backs, Park Seung-wook made the most clearances with 136, Park Min-gyu made 129 to sit second, and Seol Young-woo third with 107.

Being the most alert to snuff out the danger, a defender can help turn a defensive situation into an attacking one. But first and foremost, an interception means your team now has the ball. Among full backs, Ulsan's Seol Young-woo made the most with 130, Pohang's Park Seung-wook came in second with 109, and Daegu FC's Hwang Jae-won is third with 105.