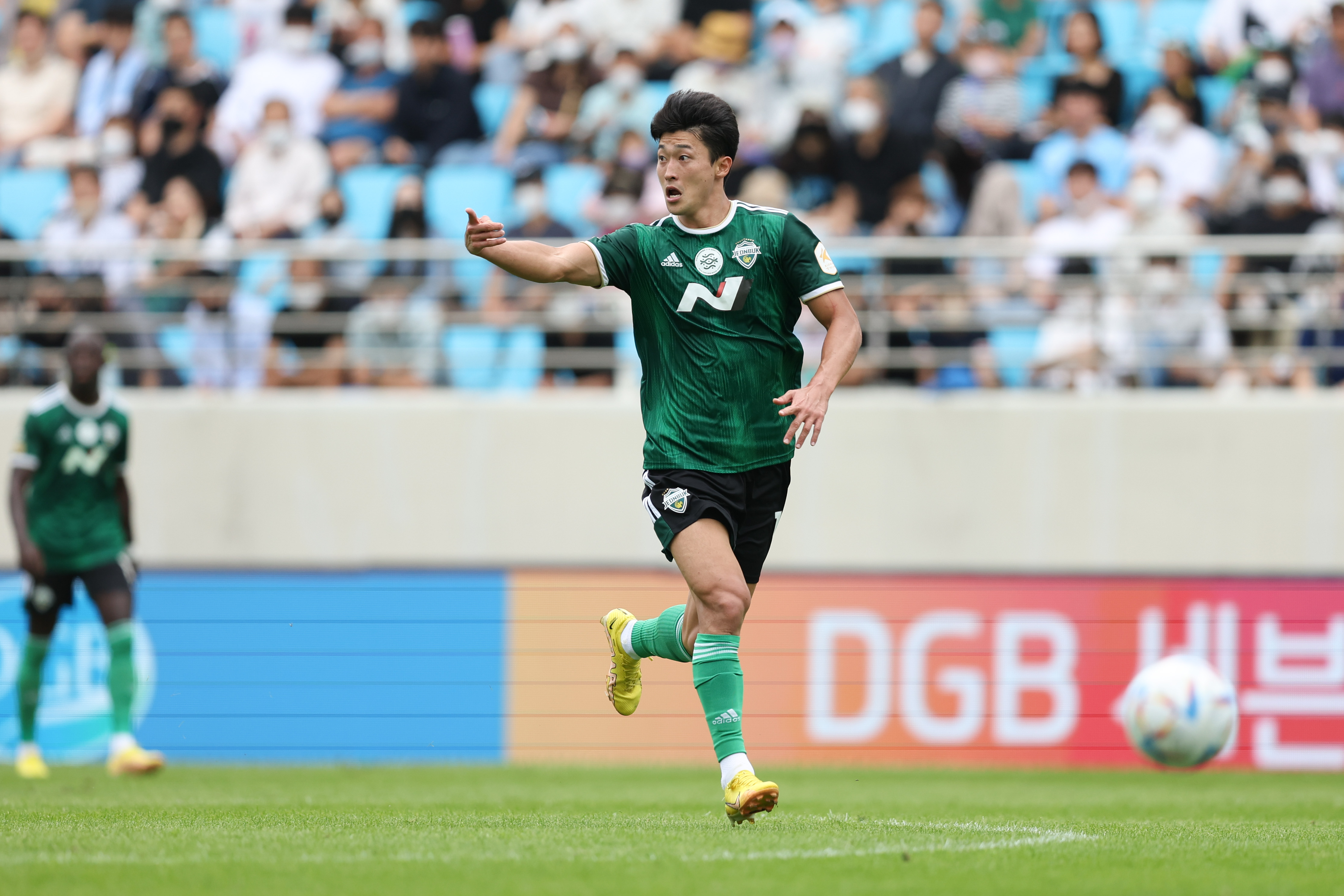 South Korea's 2022 World Cup squad was made up of 14 players from K League, several of which made telling contributions. 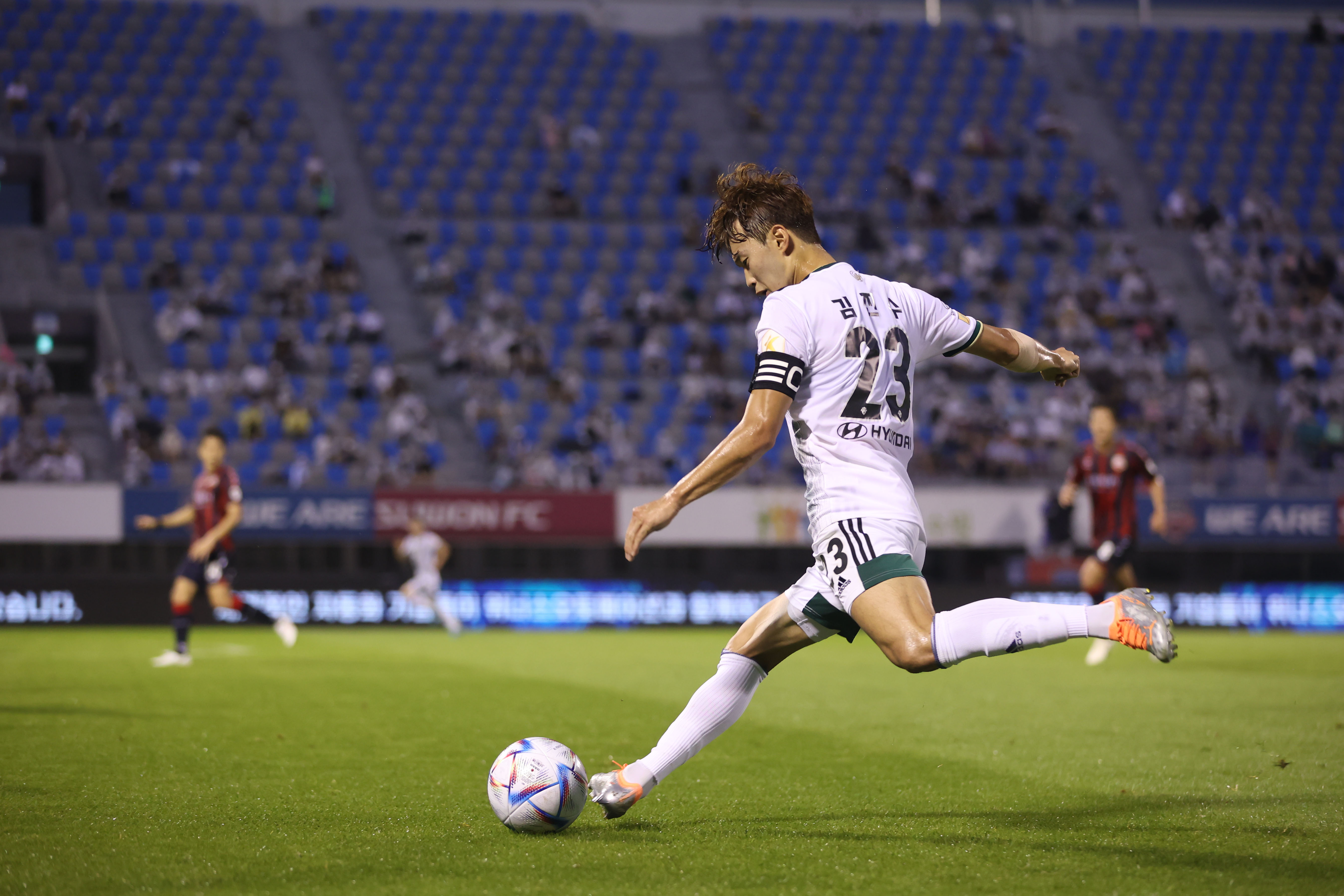 Kim Jin-su was the only K League player to record an assist during the World Cup. The Jeonbuk left back whipped the ball in for club teammate Cho Gue-sung to head home the equaliser against Ghana after Korea had fought back from 2-0 down.
It was the perfect cross, hit with the exact amount of power and landed directly on Cho's head. Kim proved what an able crosser of the ball he is during the World Cup as his crossing accuracy is the sixth-best, ahead of Croatia legend Luka Modric and Belgium captain Kevin De Bruyne at 50%. As a left back, that's third behind Germany's Ismail Jakobs and England's Luke Shaw.
Kim Jin-su made the most key passes for Korea with four, that's the same number as Luke Shaw and is the third-most for a left back.
Kim is a key player for one of South Korea's biggest clubs, Jeonbuk Hyundai Motors. He has won four K League titles and two FA Cups and has now, finally - after injuries prior to the 2014 and 2018 tournaments - fulfilled his dream of playing in a World Cup. The second of his two Korean FA Cups came in the 2022 season. 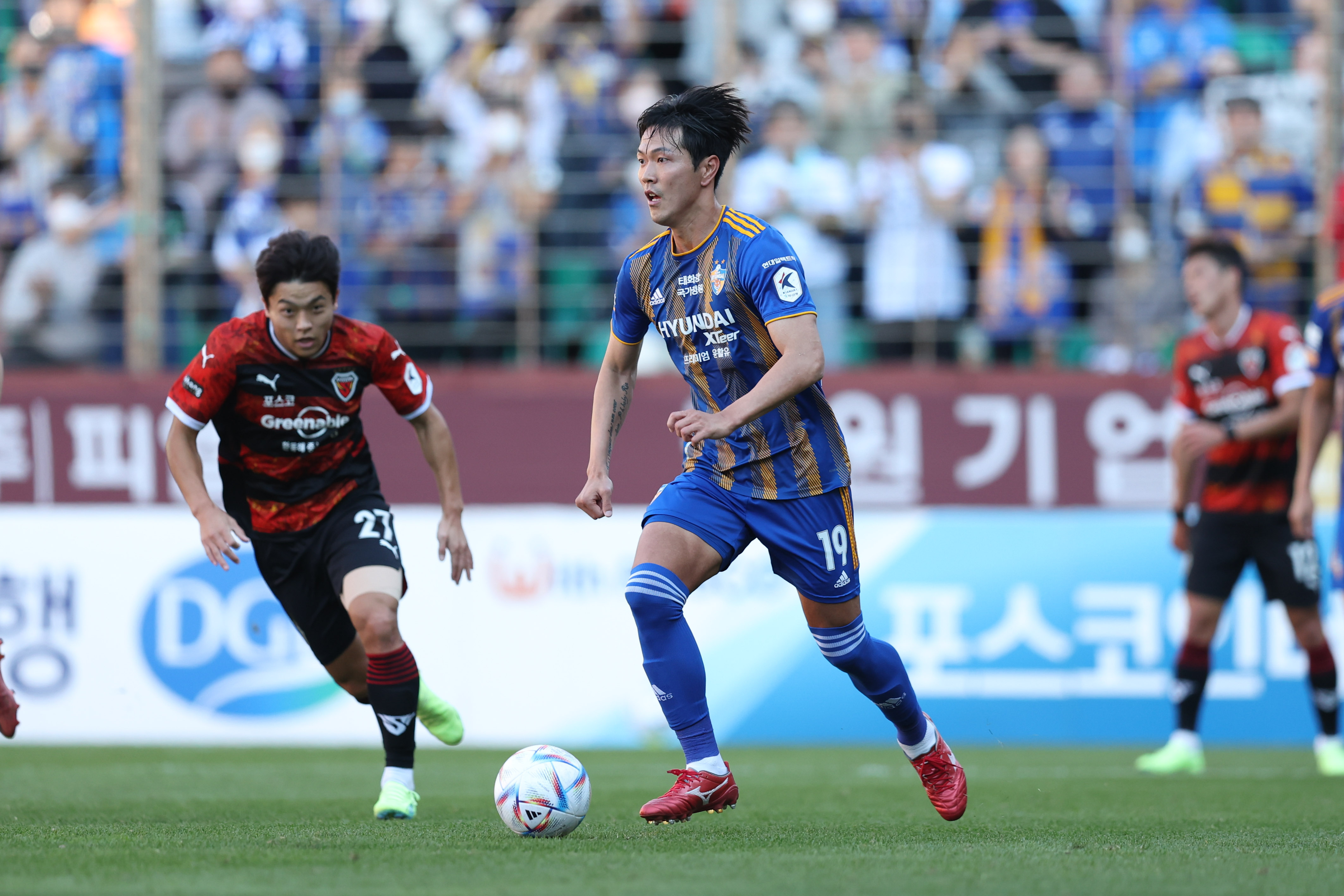 Kim Young-gwon started all four of South Korea's matches in Qatar. This took him to 100 caps and into the FIFA Century Club.
Kim also scored for the second World Cup in a row, also in the third group stage match as was the case at Russia 2018 against Germany. The 32-year-old found a close-range equaliser from a corner against Portugal to cancel out Ricardo Horta's early opener.
Kim won 100% of his aerial duels in the matches against Ghana, Portugal, and Brazil and won three from four in the 0-0 draw with Uruguay. His passing accuracy was at 87.5% over the four matches, and the accuracy of his passes to the final third was at 70.5% including 100% with 10 from 10 in the 3-2 loss to Ghana.
Kim returned to his native Korea for the start of the 2022 season and helped guide his current club Ulsan Hyundai to their first K League title in 17 years. 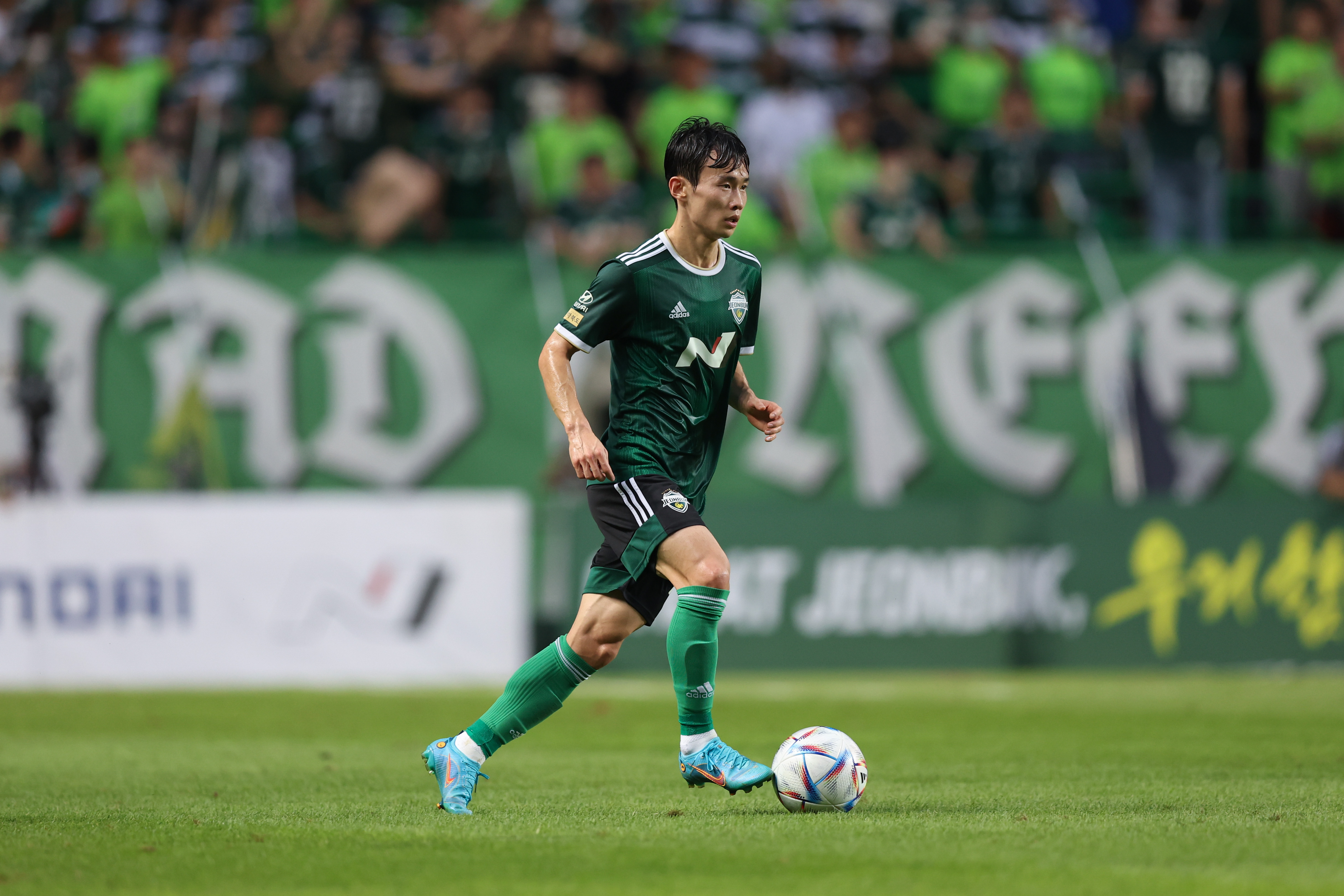 Kim Moon-hwan established himself as Paulo Bento's first-choice right back for the 2022 World cup in Qatar. He started every match and proved to be South Korea's second-best crosser with an accuracy of 43.75% - ahead of João Cancelo of Portugal, Ivan Perišić of Croatia, and France star Kylian Mbappe.
Kim also made the most interceptions for Korea with 26, that's the same number as Senegal's Kalidou Koulibaly, and second for a right back behind Poland's Matt Cash.
Kim Moon-hwan is currently on the books of Jeonbuk Hyundai Motors, returning to K League after a short stay in Major League Soccer with LAFC. He is military exempt having been part of the 2018 Asian Games gold medal-winning squad and so is expected to be a key cog for Jeonbuk Hyundai Motors for the next few years. 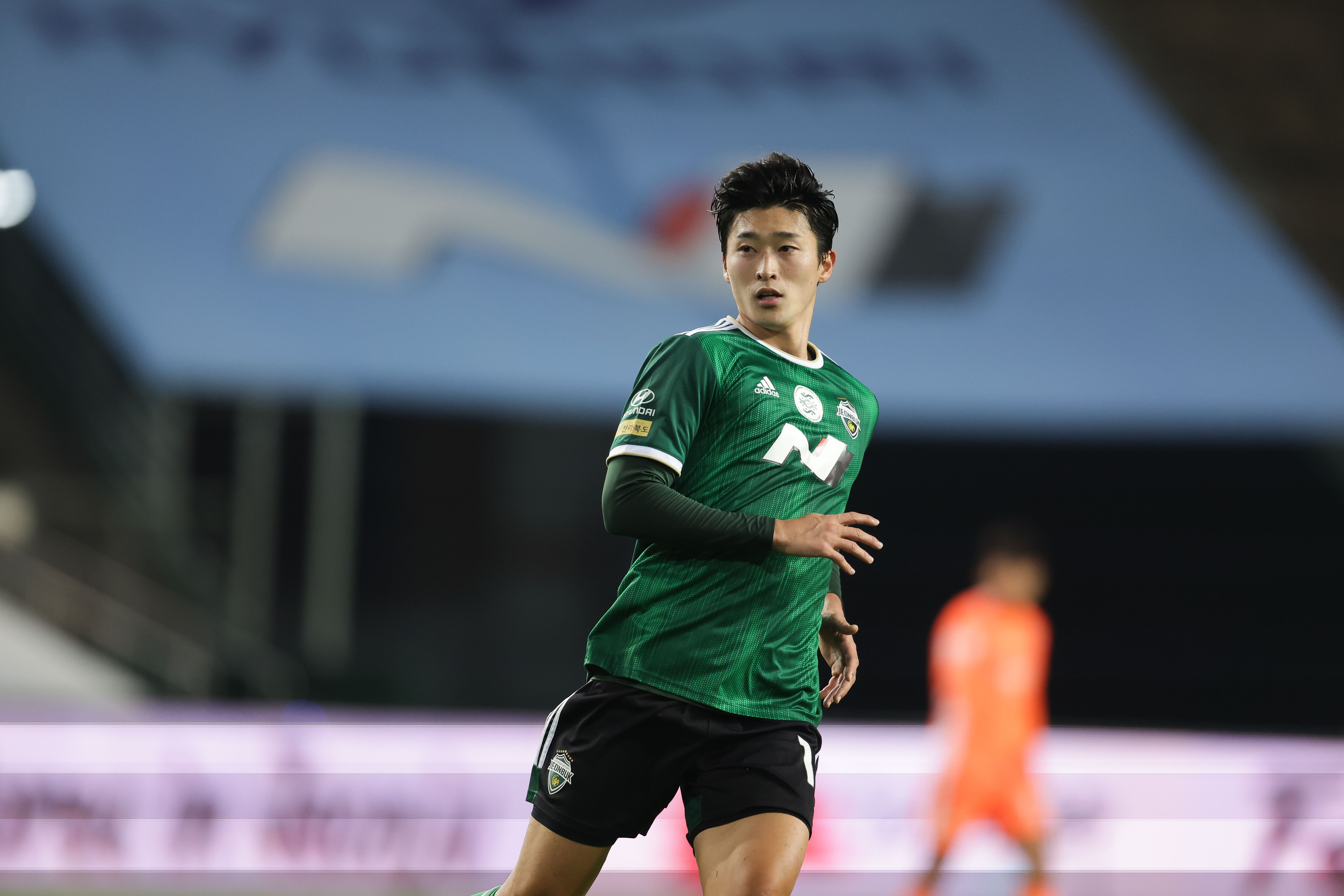 South Korea's number nine and first-choice striker for much of their 2022 World Cup campaign has enjoyed quite the rise to prominence over the last few weeks. His Instagram follower count shot up to over two million from around 20,000 pre-tournament. He made waves on the field too. With two goals, Cho Gue-sung was South Korea's top scorer in Qatar.
Not only that but no player went in for more aerial duels than Cho Gue-sung. That's more than Poland's Robert Lewandowski. Per 90 minutes, too, Cho's 11.86 aerial duels is the most in the competition so far. Cho sits top of the rankings for headed shots with four, one more than France's all-time top scorer Olivier Giroud.
Cho spent most of the 2022 season with Gimcheon Sangmu for military service before returning to Jeonbuk where he helped the Green Warriors win the FA Cup. Cho scored four goals in three FA Cup appearances for Jeonbuk, including a brace in the second leg of the final against FC Seoul. He had already won the K League golden boot with 17 goals from 31. 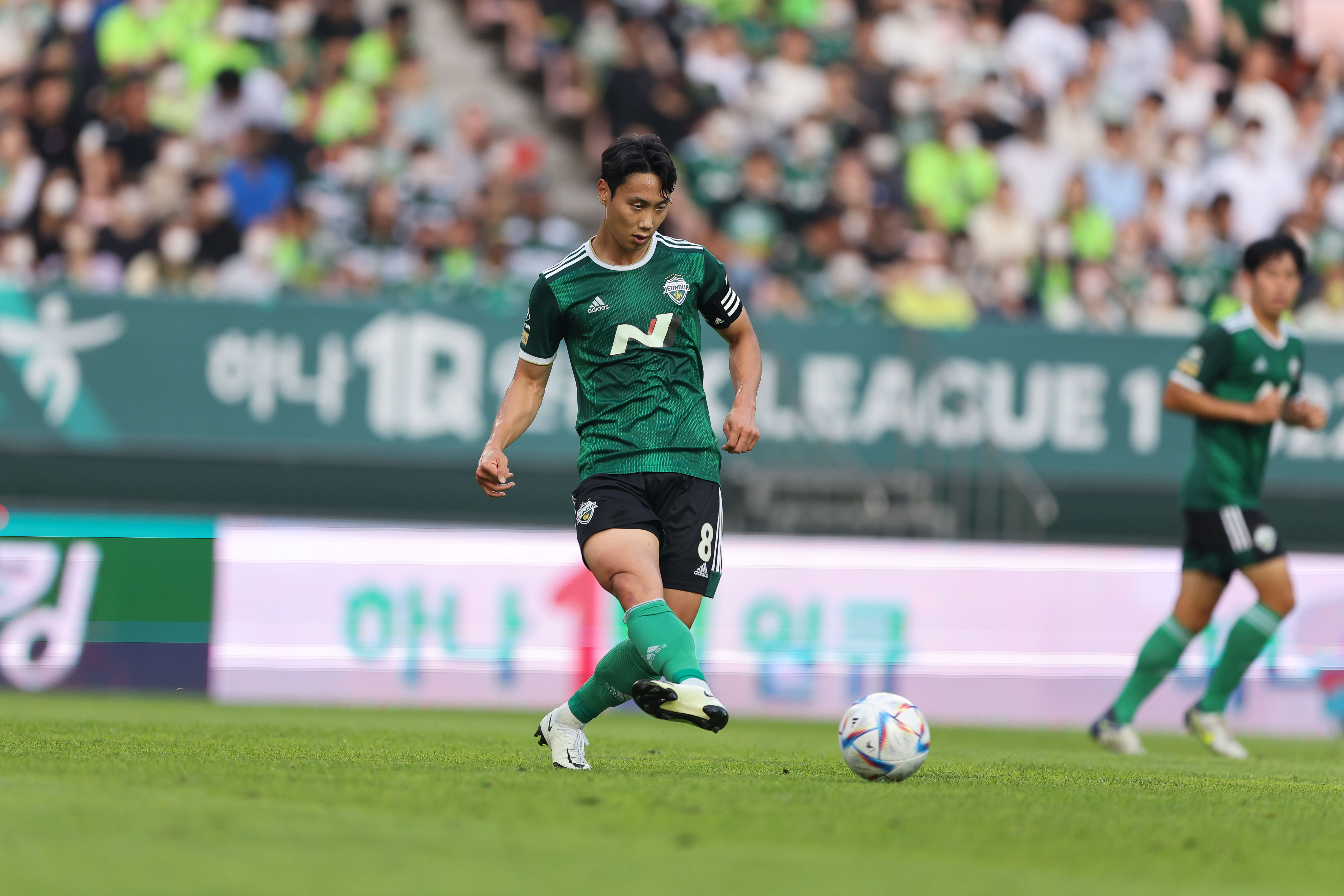 Allison Becker hadn't conceded a goal in the World Cup until Paik Seung-ho let rip on the half-volley from the edge of the box. The Liverpool goalkeeper, of course, had sat out Brazil's 1-0 loss to Cameroon in the third group stage match and had managed to keep two cleansheets until that point. Paik, though, with the levels of technique that K League fans have become accustomed to, found the top corner to help the Taeguk Warriors "win the second half" and testament as to just how good of a strike it was, the xG value was a mere 0.04.
During his 30-minute cameo against Brazil, Paik showed 80% passing accuracy, showed 75% accuracy in his passes to the final third (six from eight), won 60% of his duels, and made two interceptions.
Paik is a key player for Jeonbuk Hyundai Motors and has been since he moved to K League in 2021. He won the K League title in his first season and the FA Cup in 2022. He made seven goal contributions in the league in 2022, up from four the year before.

Four other K League players pulled on the Korea shirt in the 2022 World Cup. Na Sang-ho of FC Seoul started the 0-0 draw against Uruguay and came on as a substitute against Ghana. Na made two key passes and in the match against Ghana completed 67% of his dribbles.
Kwon Chang-hoon, meanwhile, started the match against Ghana. His passing accuracy was at 80%, landed two out of his three attempted crosses, and 100% of his forward passes in just over an hour on the pitch.
Hong Chul of Daegu FC was brought on for the second half against Brazil and, with Korea "winning the second half" is able to boast of helping a defense keep a cleansheet against the top-ranked team in the world. His passing accuracy was at 94%, he landed both of the crosses he attempted, as well as all of the passes to the final third and penalty area that he attempted.
And Cho Yu-min came on in the dying embers against Portugal to help see out the win. In doing so, Cho became the first Daejeon player, Hana era or otherwise, to play in a World Cup.
Data accurate as of Round of 16 Matches
다음 글 2022 K League 1 Review: Centre Back Top Threes
이전 글 2022 K League 1 Review: Full Back Top Threes
K LEAGUE