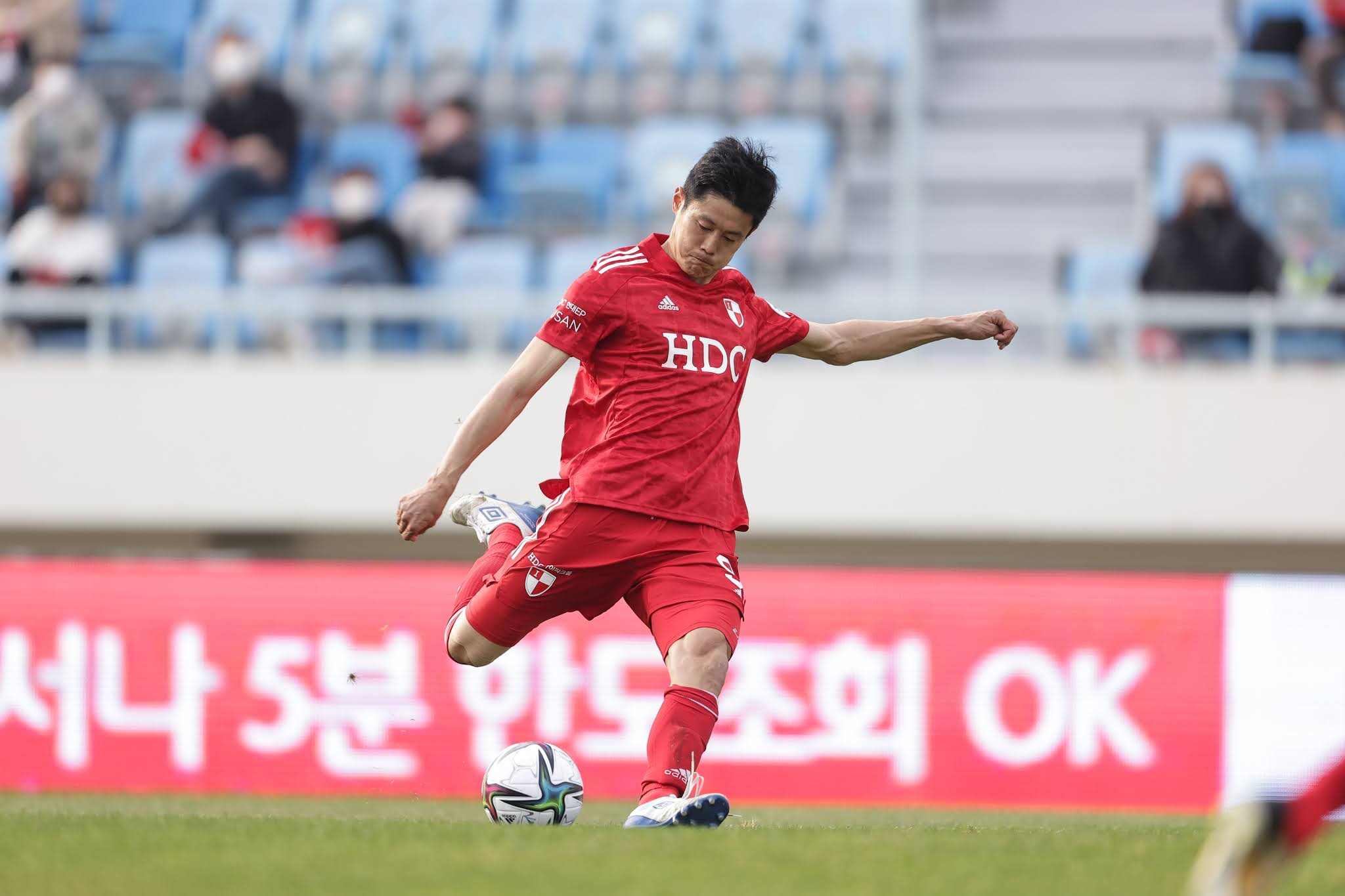 Busan IPark's An Byong-jun says that he hopes the team can continue to grow and become champions of K League 2 this season. The North Korean international forward joined the Royals for the start of the new campaign and is targeting a second promotion in as many seasons.

2020 K League 2 MVP, and the man who fired in a late, late penalty to send Suwon FC back to the promised land last November, An Byong-jun, unlike many before him, has the opportunity to win back-to-back golden boots in the second tier.

Despite scoring 21 goals for Kim Do-kyun's Suwon FC side, An was allowed to leave and was later snapped up by Busan IPark following their relegation from K League 1 last term. Keen on a quick return to the top flight, An Byong-jun has been tasked with firing the Royals to promotion this term and has four goals to his name already - enough to be the league's top scorer.

The striker sat down for an exclusive interview to talk about Busan's start to the new season and the team's chances of promotion.

First of all, from the team’s point of view, how would you assess the start of the new season?

"I wouldn’t say this is a good start, but the season has just started, and I think things are in the process of coming together for us."

How about on a personal level? Do you feel you have been playing the best football of your career over the last 18 months?

"I feel as though I have improved a lot as a player since I came to Korea, and have been able to put in good performances for the fans. I want to keep showing these kind of performances and keep improving." 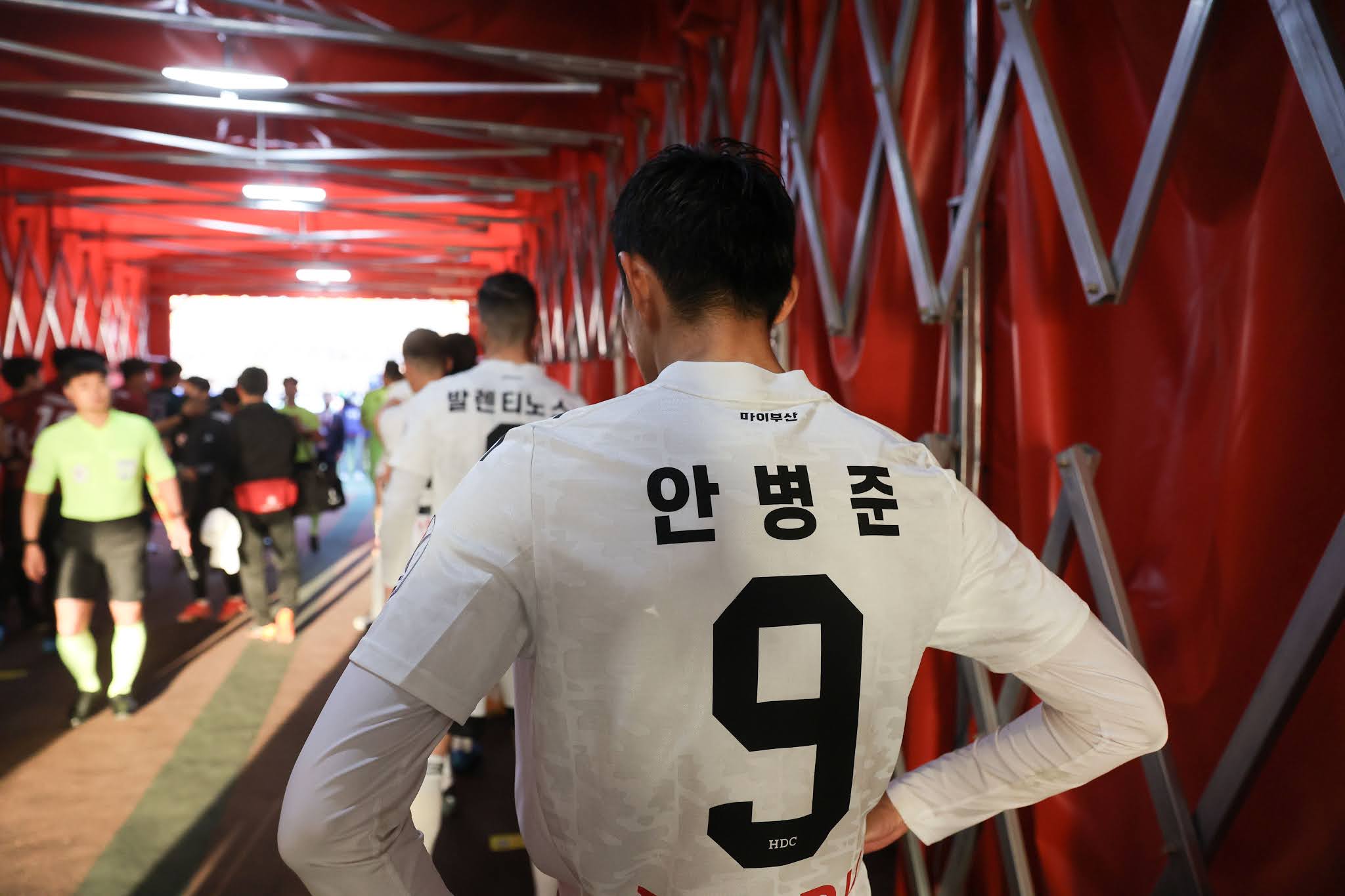 What made you decide to come to K League? How does it compare to J.League?

"When I played in J League, I was thinking of transferring to other clubs. At that time, my agent told me that several K League teams were interested in me. After that, I got an offer from Suwon FC. I had a lot of worries about moving abroad, but I thought I'd finally try it. I had a lot of worries before coming here, but I really like my life in Korea."

After such a fantastic season in 2020, were you disappointed not to stay at Suwon FC or a move to a K League 1 club?

"Of course, the disappointment at that time was too great to describe. I don’t want to have to deal with those kinds of emotions every again. I would rather keep focusing on playing well for Busan." 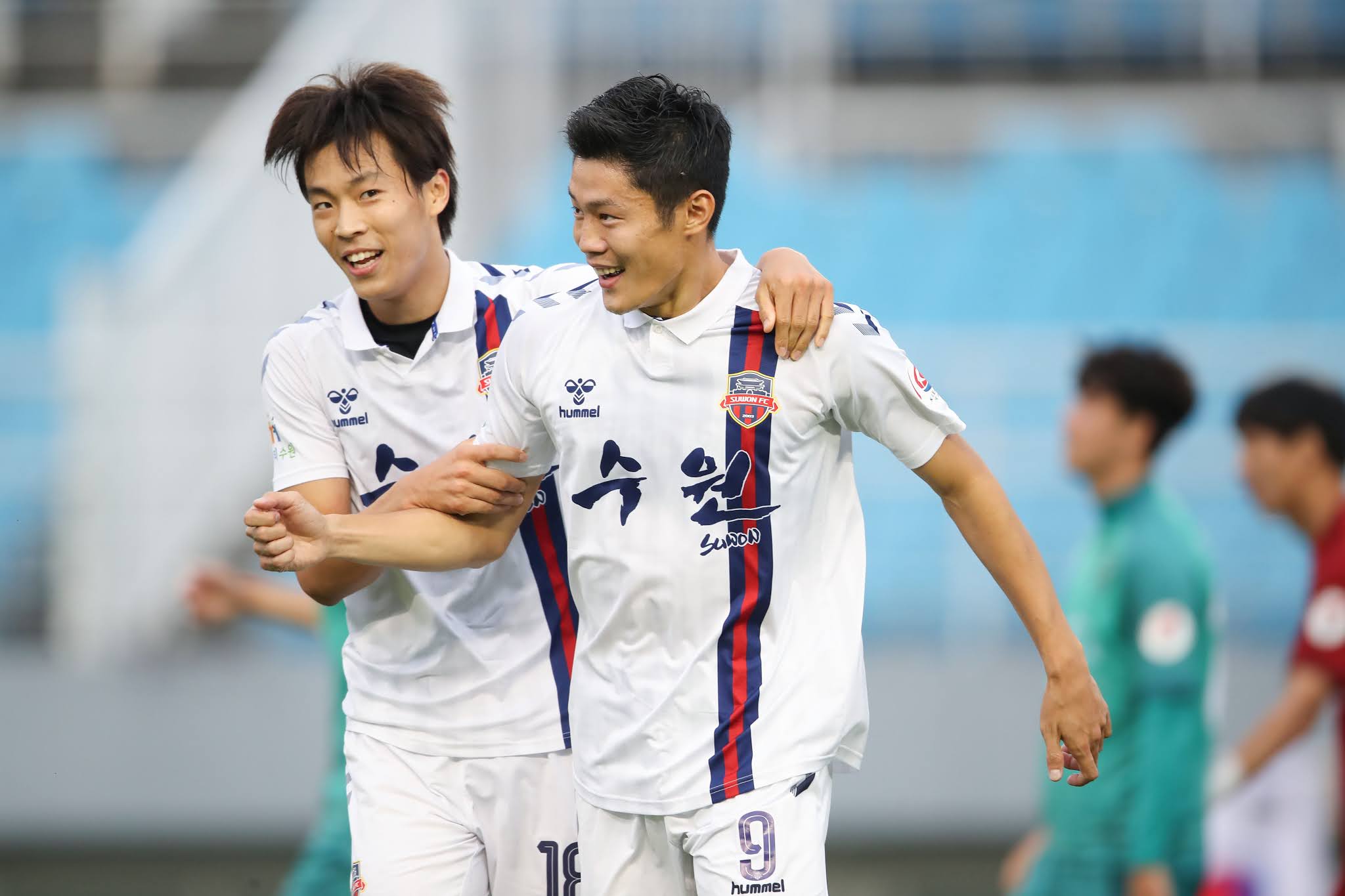 Do you still speak with Ishida Masatoshi (Suwon FC teammate)? You must be disappointed not to be playing with him any more as you had such a good on-field relationship last year?

"I speak with him now and then. I am disappointed [not to be playing with him], but Masatoshi is a good player and he have a good season."

What is it like working under Ricardo Peres and his training methods? How does match preparation under Peres compare to your previous clubs?

"Of course, each coach is different when it comes to tactics and training methods. Our head coach is really passionate, and he pays a lot of attention to detail tactics-wise."

What do you think a realistic target is for Busan this season?