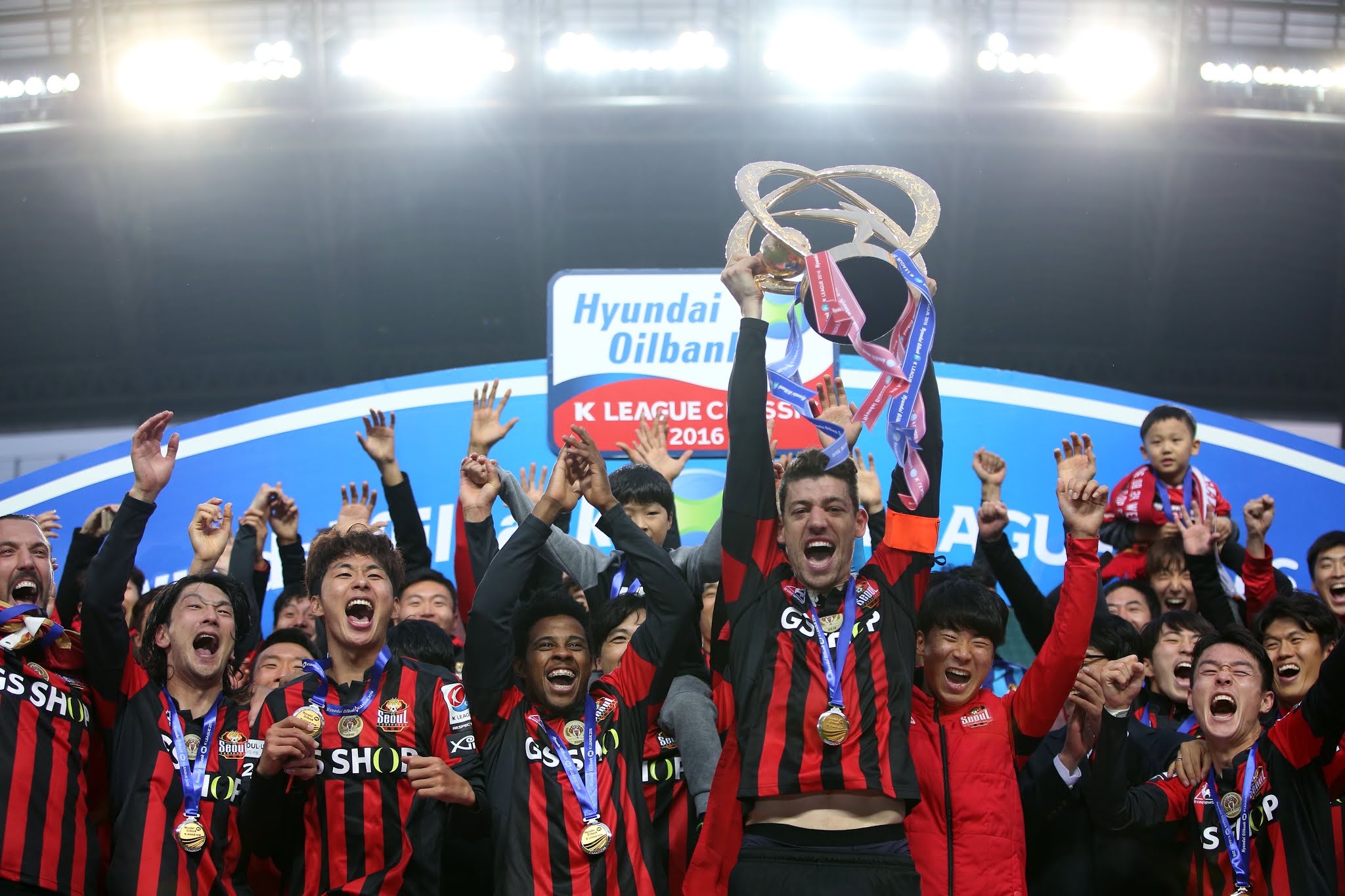 FC Seoul's Osmar Ibáñez Barba became the first foreign player to captain a K League side to the league title, helping to guide the capital club to the summit in 2016. Osmar is a player who is synonymous with FC Seoul and recently amassed 200 appearances in K League. In an exclusive interview, Osmar talks about moving to K League, clinching the K League title on the final day, his favourite goals, and how he fell in love with FC Seoul even before he signed.

Osmar, congratulations on making 200 appearances in the K League, did you know that this record was coming up soon?

"I knew because people started talking on social media but I don't keep count. I honestly didn't know but my wife told me something a month ago or even before the season started, that it was 11 or 12 games away from the 200. And I when I think back 'wow, 200 - a season is only 38 games and only once I played full time.' The time has just flown by."

When you came to K league in 2014, did you think you would stay here this long?

"No, that's for sure, I didn't think I was going to stay this long. Even though I signed three plus one years when I first came, Seoul came from playing the Champions League final against Guangzhou and you know [had players like] Molina, Escudero, Dejan, (Koh) Myong-jin, (Kim) Jin-gyu, Ha Dae-sung. So the team was great.

"I spent my first season thinking that I was not going to stay because I couldn't reach the level that I needed. And then everything started to work out for me, especially in 2016 I was a captain and then we won the league. And coming back after Japan, all I was thinking was to stay here to finish my football."

Let's just go back to the end of 2013, you moved from Thailand where you had a good spell, you won league titles, won cups. It would have been very easy to stay there, why did you move to the K League?

"I have to go a little bit back. Because when I first came to Thailand I didn't know anything about football in Asia and in Thailand either. I signed because my situation in Spain was not good. My club got relegated, my teammates were having salary cuts and not finding another clubs. It was a mess and I didn't play much in Spain. So when I moved to Thailand I was told that the Asian Champions League was huge here, a big chance and can give you new contracts and everything because everybody watches it, especially foreign players in any team."

"So when I was in Thailand, I started following Asian football and I first noticed that K League was one of the best leagues and then I faced FC Seoul in Champions League. And I just fell in love, the way they played, and I imagined myself living in Seoul, in a huge city like this and it was like like a dream. Then I started thinking that Thailand would be a great opportunity, to give me a chance to open up to  Asian football and trying to reach the biggest clubs in Asia. Back then FC Seoul was one of the probably top three to five clubs [in Asia]. So, I wanted to come here."

There must have been other teams who wanted you as soon as FC Seoul showed their interest?

"Actually, there was a contact with every single team that I played against in Champions League when I played in Buriram in Thailand. There was maybe nothing official, you know, but contact and calls and messages with Jiangsu, Vegalta Sendai, Bunyodkor from Uzbekistan, with Esteghlal from Iran. But FC Seoul didn't contact at first and some people told me that it was too big, too much. [That] they didn't sign people from Thailand, they didn't sign anybody from Thailand back then, nobody from Spain; it was a market they didn't know. They know much better [about] Serbian players, Brazilians. And they recommended me to come to some other smaller team, maybe second division or something and play well and try to sign for them. But then the former coach Choi Yong-soo wanted to make some changes and then Adilson retired so everything started too match and then I got a call from them."

What was your first impressions when you arrived, particularly in terms of the size club?

"Well, for me it was a huge, huge club. Again, once I followed football here in Asia, I knew the three or four biggest teams in almost every league. In K League there was three or four teams and Seoul was, for me, the best back then. The stadium, I still say that even today after seven years, when I come into the stadium, I feel nervous. I feel like I'm playing for Real Madrid in the Bernabéu. Even though it's my stadium, but I feel goose bumps before coming in. 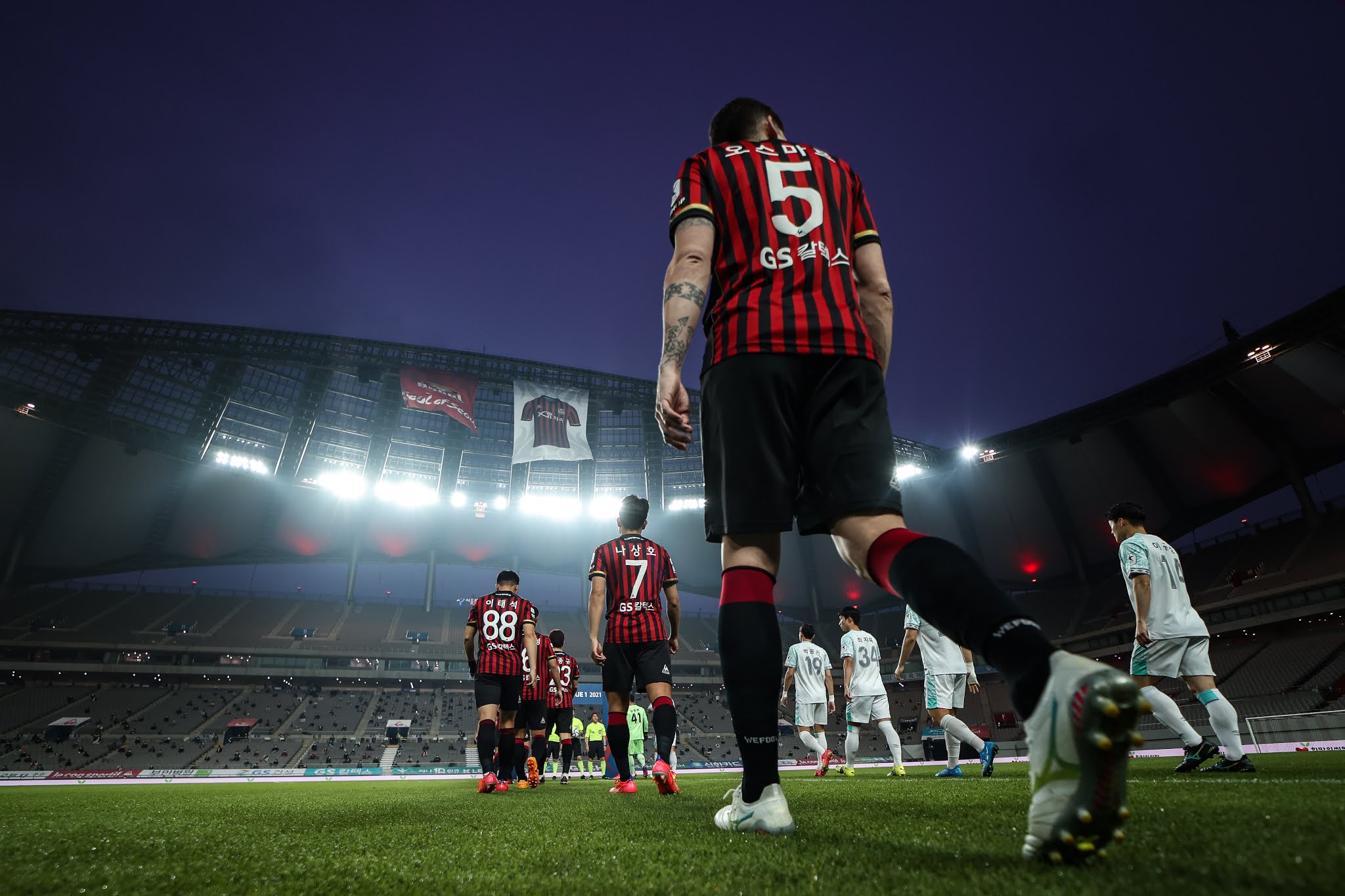 "So the feeling was just unbelievable and to just imagine coming to the team who played the Champions League final the last season, and then they sell players for two, three, four million (dollars). That tells you everything, that tells you that this is huge, not just the team, but also an opportunity. As I said before, I didn't imagine myself playing here for seven years, usually players come and go. Especially foreigners in Asia, it's not easy to find a place to stay for a long time. So I was thinking that Seoul was probably one of the biggest place to come, the biggest clubs."

What were your first impressions of the K League in terms of the style of football, what were the differences that you noticed from Thailand?

"Well, I noticed, after I understood differently, but the intensity was much higher than in Thailand even though there are spaces between the lines. In Thailand the space is bigger, between the defence line, midfield. Here is also big, and I am talking because I am Spanish and we like tight lines. I see that there is space here in Korea but when I first came in, I was like, 'wow, there's so much space but the player approaches so fast.' It's not that there is a lot of space and you can play easy, within two seconds the player comes. Then you think they are going to die after 60 minutes, but they don't. If you don't adapt quick, if you didn't speed up your your tempo they can run over you."

You've scored quite a lot of goals for a defensive player, are you happy with the amount of goals that you've scored?

"I would like to score more in set pieces. Sometimes I'm told by the coaches that they want me to score more from set pieces, set pieces is something very precise in terms of cross timing. You know, you have to be fighting with the opponent. This is something I like to do more in order to help the team but overall I am happy with my goal count. I know it's not my thing, you know, to score goals. Of course if I can and I can help, that's good, but it's not something that I'm thinking too much of.

I think you've got 21 goals for Seoul. Do you have a favourite?

"The the two that I scored against Suwon (Bluewings) in the derby match. They were two good goals but I have to admit that I have scored a few free kicks all in a similar way. They are kind of similar, but I guess scoring against Suwon twice makes the goals more special."

In your first season you you reached the FA Cup Final but were on the losing side that afternoon. Then one year later you went one better, you won the FA Cup. That must have been a relief?

"Yes, actually I played three three finals in a row; I lost, I won, I lost. But it was a relief because in 2014 I think we lost that game, not that Seongnam won. When you lose it is more disappointing than when the other team wins, you know? And winning the next year it was like 'okay, at least we have won.'

Then one year after that you won the K League title. Jeonbuk had points deducted but you still had to catch them up.

"The season was a little bit up and down. It looked like the team was super good, then we dropped the level and we thought 'okay, that's it. Jeonbuk wins again.' Then we started believing again and we waited for the points to be cut, they gave us some faith and we didn't give up. I think we didn't win in one month then Jeonbuk opened the gap. We started winning again but the gap was already there, Jeonbuk were super strong.

"That game I will remember as well. The last game in Jeonju, winning the title there and (Park) Chu-young scoring the goal. I think the game was more about the emotions and the character that we showed. You know, playing against Jeonbuk away is always difficult. Actually, I don't know when was the last time we won there. But this was probably the game that I see my teammates and myself with more character. We were controlled by Jeonbuk for many, many minutes. We defended. We had to defend a lot. But we were okay, we didn't panic. We were strong, we were talking, shouting at each other, we encouraged each other and we had faith that one chance would come and it did. 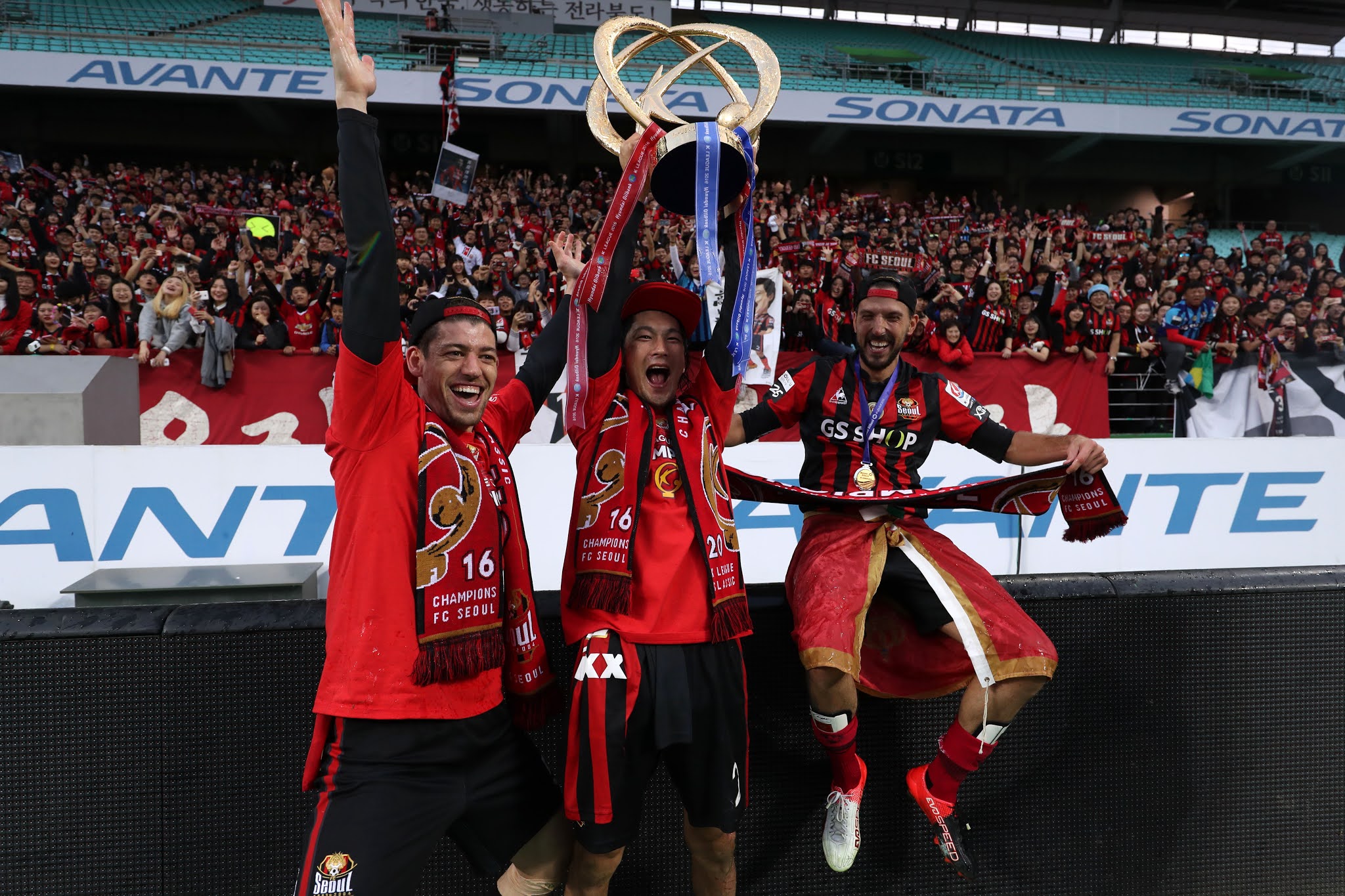 "So when when the whistle was blown it was like 'what?! Really?' And for me more because I was captain this year. It was not easy for me because there were so many questions about communication and how I could communicate with the team. And everything turned out just well. We won the league we reached the semi final of Champions League, we played in the FA Cup Final. It was one of the best seasons of FC Seoul in the last years and so for me it was a big, big relief and big reward."