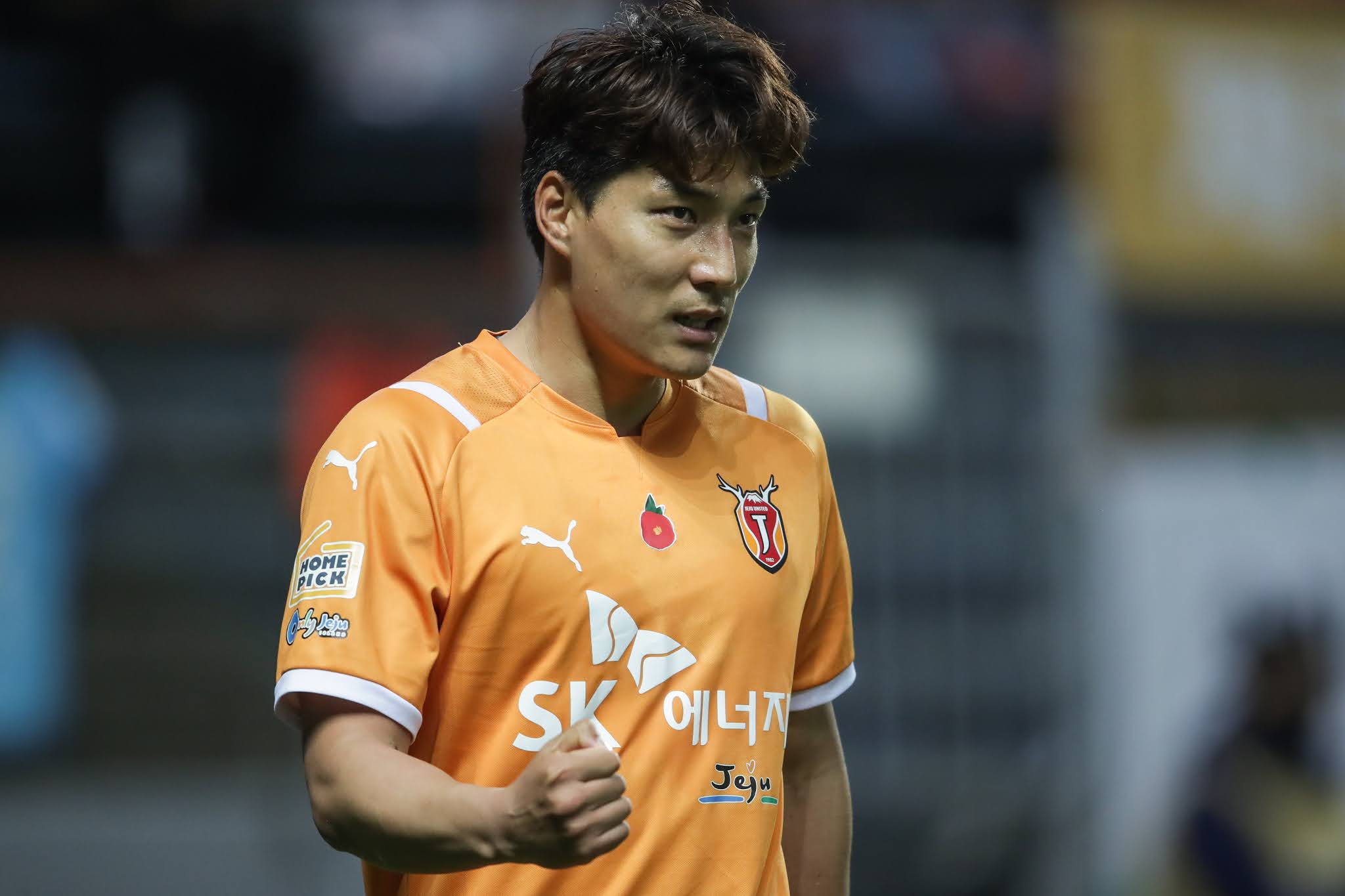 Heading into the AFC Champions League Group Stage break, Jeju United sit sixth in K League 1 but have the league's top goal scorer in Joo Min-kyu. Former Seoul E-Land, Sangju Sangmu and Ulsan Hyundai forward Joo has 10 for the season already and is on course to achieve a personal best at this level. The striker sat down for an exclusive interview and talked about how the Islanders' have ACL qualification on their minds, what it's like to work with Nam Ki-il as well as his approach to goal scoring.

How would you assess Jeju United's season so far? As a newly promoted team, are you surprised by how well the team has done?

"First of all, I think it's a bit of a shame that we are not in first place," he says while smiling. "But, it's still mid-season and so it's too early to really assess how we have done so far. But I too am looking forward to seeing how we do this season. We have it in us to be further up the table. Jeju's strength is that we are as one, as a team. I believe that because of this our performances on the pitch will improve too. We haven't been able to pick up too many wins recently but once we get one, I believe that we can go on to be a real force."

A proven goal scorer in K League 1, what made you decide to join Jeju United who at the time were in K League 2?

"A lot of people wondered this. But, as I always said and believed, Jeju is a team on the up. We can accomplish this with results, improve and because we have the ability to finish in the top half or qualify for the AFC Champions League, I think it shows that coming to Jeju United was a good decision - we are in our rightful place in K League 1." 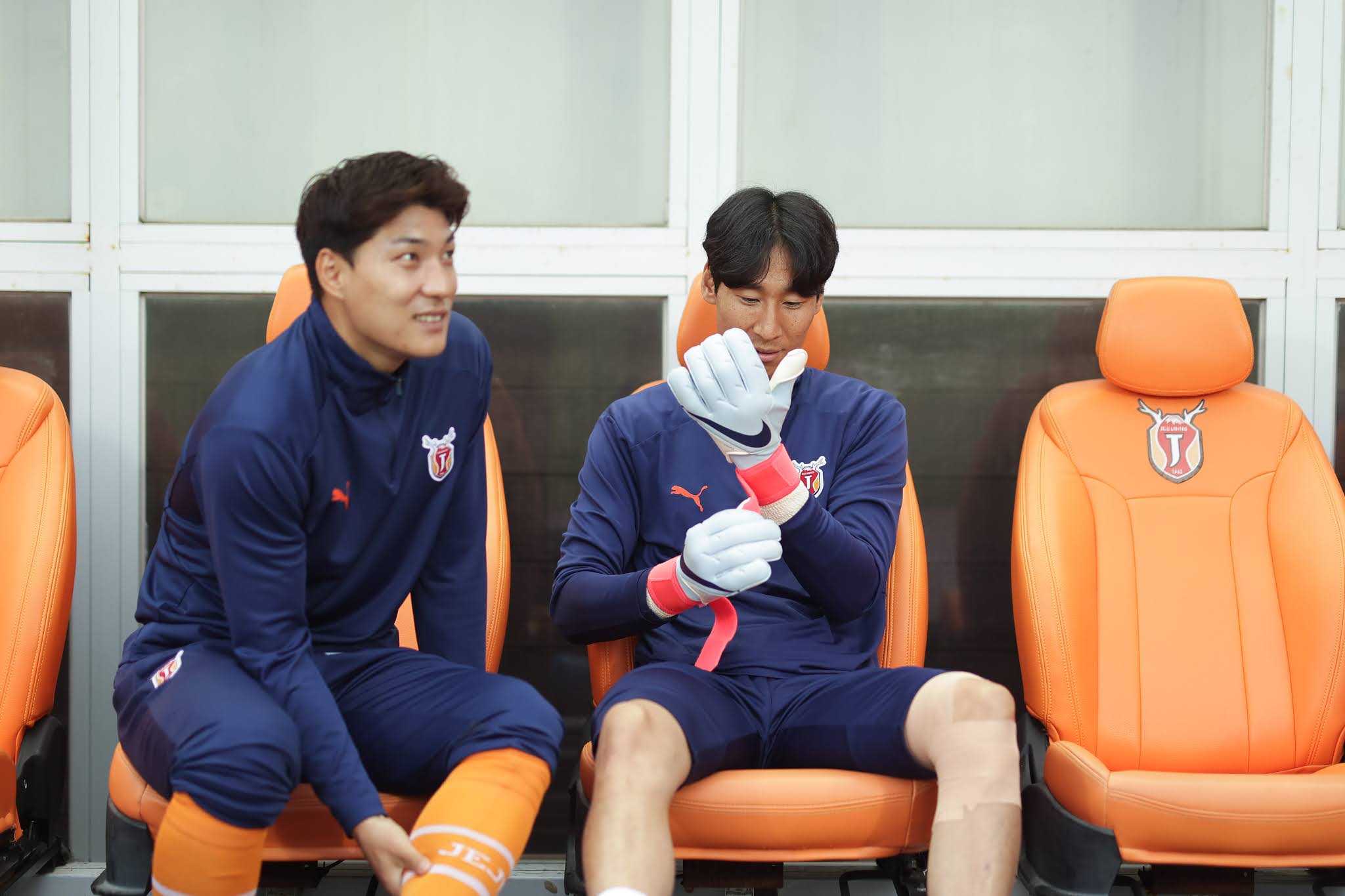 "(Oh) Seung-hoon as well as the other older players like to make it a comfortable environment for the younger lads. But also because some of the older players in the squad are the senior pros for the first time in their careers they too are learning; what to do in certain situations and they listen to the rest of the team. My role is kind of in the middle. I listen to the younger players and can speak quite freely with the senior pros, Jeju as a team has a good bond and the team all get on very well."

What is it like working with Nam Ki-il? How has his coaching style impacted the group as a whole and what is the greatest lesson you have learned from him?

"I was aware of the perception of how he liked his players to be defensive but having worked with him I can see that he is much more attacking. But, of course, in football, it's never going to be easy if you concede the first goal. That's why, at times, you need to be a bit safe and defensive. There are a lot of players defending, so you have to protect them, I care a lot about this kind of role. Speaking to the manager you learn about this and whenever you have a question he always has the time to answer. He has really been a big help to me as a player. " 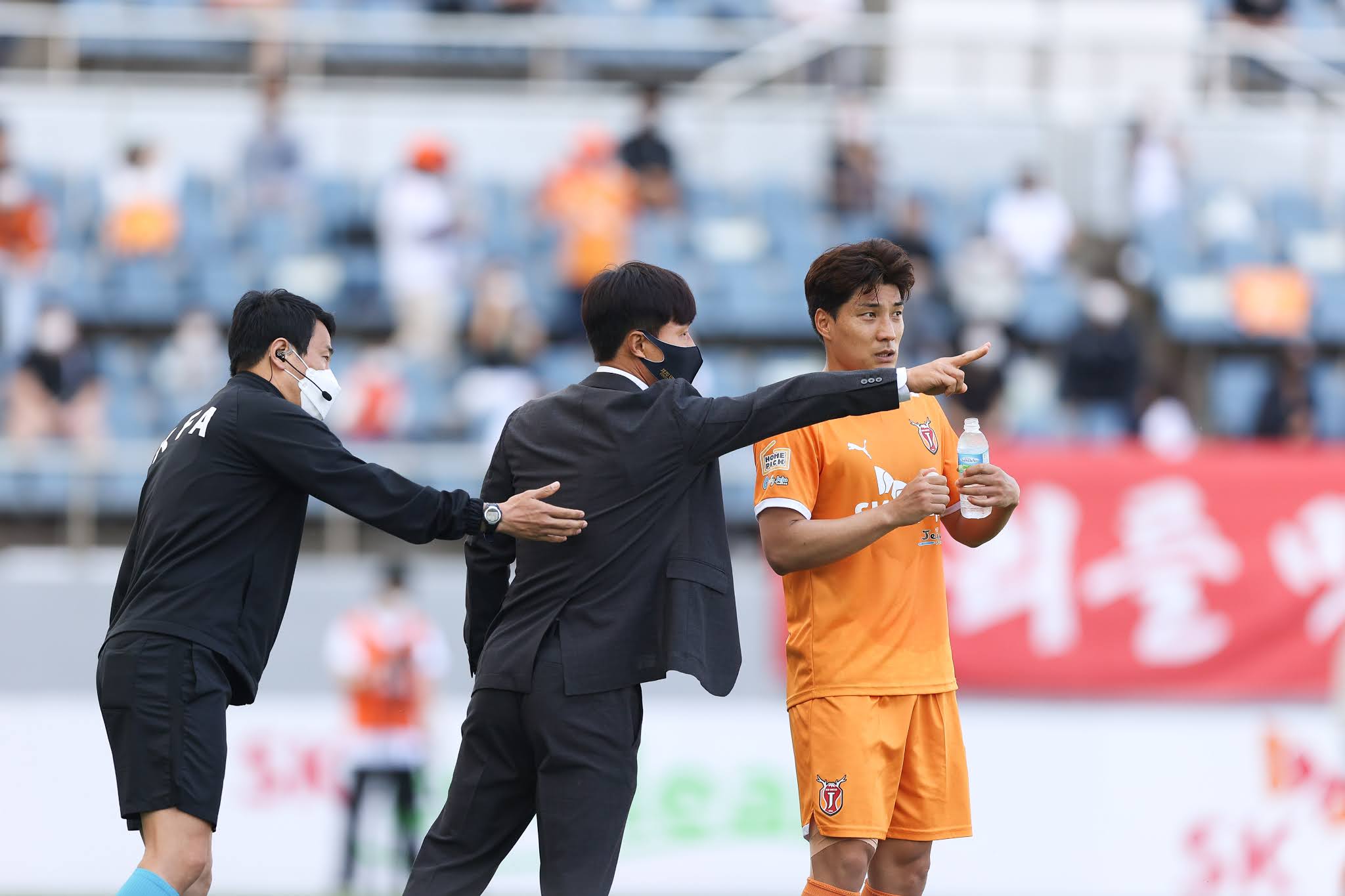 You’ve found some great success in front of goal recently. Can you describe your approach to scoring goals?

"I don't have a specific routine, but I try hard to increase my chances of scoring. When the ball comes, I focus entirely on the goal. Teammates and fans want me to score goals so I think a lot about how I can increase my chances."

What was the target for the start of the season? The coach said in the press that just surviving wasn't the target, can you see the team qualifying for ACL?

"Every team prepares the same way and has the goal of being at the top, no team comes out to lose a match. That's how we think too and how we are trying to move forward. Jeju United's rightful place is to be in the AFC Champions League so we are doing what we can until we reach that point. These are the steps we want to take."