"We want to show our fans the trophy again": Kim Bo-kyung ACL Interview 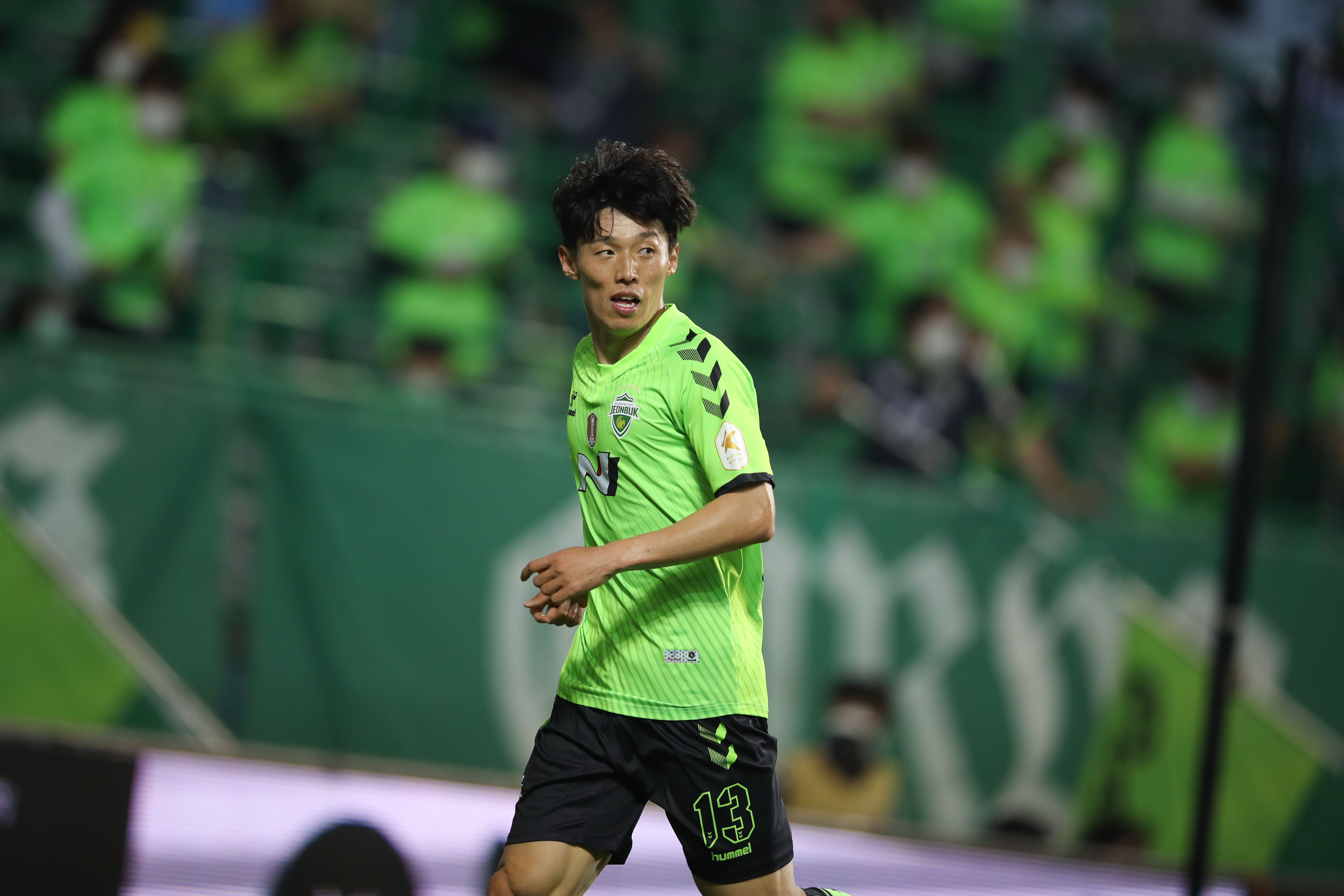 Reigning K League Champions Jeonbuk Hyundai Motors enter the 2021 edition of the AFC Champions League with a point to prove as they look to recapture the spirits of 2006 and 2016 that saw them clutch continental glory. At the heart of the Green Warriors' midfield is Kim Bo-kyung, a player with vast experience in this tournament and was a key component to Jeonbuk's most recent coronation in this competition. K League United columnists Matthew Binns and Jung Muyeol interviewed the midfield maestro ahead of this year's group stages.
This is your sixth time in the AFC Champions League, having played with Cerezo Osaka, Kashiwa Reysol, Ulsan Hyundai and, of course, Jeonbuk Hyundai Motors. As a player, what makes this tournament special?
For a player, the Asian Champions League is a very honourable competition and one that everyone wants to participate in at least once. Personally, I have been lucky enough to play in it a lot and, as a footballer, I'm grateful to be able to take part every year.
You are also in the interesting position of having faced Jeonbuk in this competition when playing for Cerezo Osaka in 2011 and Kashiwa Reysol in 2018. From the perspective of J.League sides, what does a clash with Jeonbuk mean? How is Jeonbuk perceived in Japan?
Jeonbuk Hyundai is a strong team in the K League, so when I faced Jeonbuk when I was in the J.League, I would give a lot of information to my teammates. Even though we prepared a lot at that time and played against Jeonbuk, I felt they were quite a tough opponent. Jeonbuk Hyundai is perceived as a team that shows a strong performance in a big tournament, which makes their status very high in Japan. 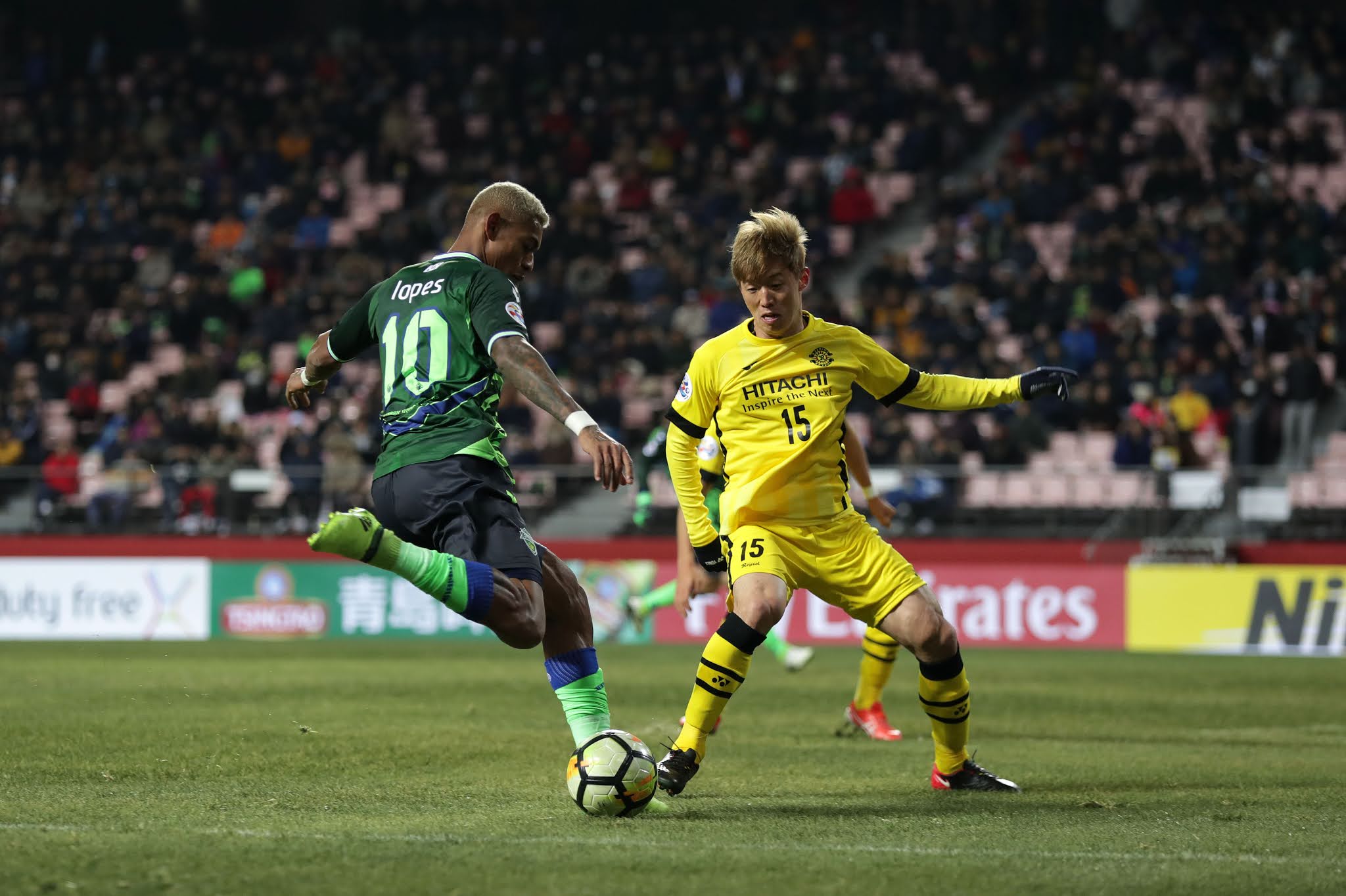 And from your knowledge of J.League, what threat do group opponents Gamba Osaka pose? Are you expecting the likes of Kim Young-gwon and Ju Se-jong to cause Jeonbuk issues?
Having a Korean player on the Japanese team is quite positive for the Japanese team. There are parts where the players can provide the details of what football Jeonbuk plays and even the characteristics of each player. But with that in mind, I don't think it's going to be a big deal as long as we go out stronger and better prepared.
In the group you will also be facing Chiangrai United and Tampines Rovers, two sides that Jeonbuk and yourself, have not faced before. What kind of threat do you think they can pose and how do you prepare to face sides from foreign leagues that the club may have little experience with facing?
There are always concerns when playing against a new team but there's also something to look forward to. Tactically and strategically speaking, we're going to prepare for the game as much as we can. Of course, when you play against a new team, you do some analysis of your opponent, but there are many things that change from time to time on the pitch. However, we have a lot of know-how to cope with such changes, so I think we think we can play a good game.
This year’s AFC Champions League will be in a ‘bubble’ like last year’s competition, with each group hosted in one neutral country and played over the span of a couple of weeks, all while away from crowds to help prevent the spread of COVID. As a player, what are the biggest challenges of training and playing in such an environment? And are there any benefits?
When the ACL was in parallel with the league, there were many difficulties due to the long distance to travel. In that respect, there are many positive aspects in that we can focus on the quality of the game and the tournament itself. On the other hand, there are difficulties such as conditioning because we have to gather in one place and play a long competition.
Despite success in the K League and FA Cup last year, Jeonbuk were unable to make it out of the group stage in the Champions League last year for the first time since 2012. What lessons have been learned from that and are you confident that they have been addressed this time around?
Personally, as a team, we're challenging ourselves to win every year, and I'm sure our fans were very disappointed and shocked last year. Based on last year's experience, we're working hard here so that we don't do the same thing again. In a way, I think last year's results will be the foundation for a good performance this season. 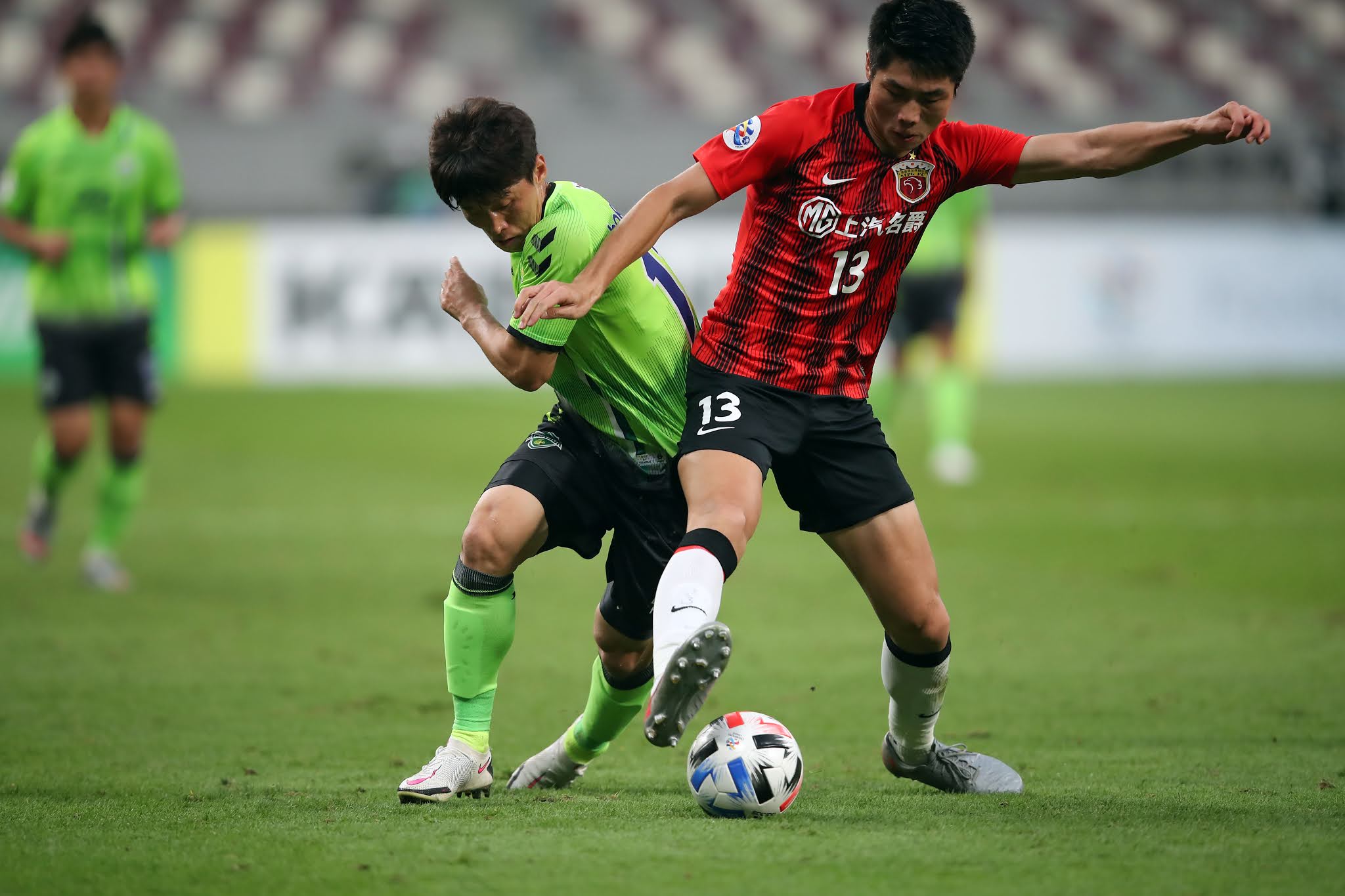 You were part of the 2016 Jeonbuk side that lifted the AFC Champions League trophy. What were the key elements within the team that contributed to that success? Can these elements still be seen within the current Jeonbuk squad today?
In a way, I felt it was more difficult than winning the league because it was a tournament and the travel time and distance were very long. Despite the fact we had good players and played in a good condition in every game, there were many difficult matches. In ACL competitions, the will to win is very important, and in a way, a little luck is needed. In this regard, we seemed to have won the 2016 Asian Champions League because we were well prepared and everything came together nicely in our favour. It was a memorable tournament as a player.
Tell us a little bit more about that campaign. How did it feel playing in such a final and what do you most remember from the match?
We learned during the preparation process that our opponent in the final was a good team, so we spent more time and effort preparing than we would do with other games and prepared in a strong state of mind. The most memorable moment was when the players were holding out for the last 1-2 minutes before the final whistle, and when that whistle blew, the players jumped onto the pitch and celebrated the victory. This memory is like a good memory that comes to my mind every time I think of an ACL competition or go to a tournament. 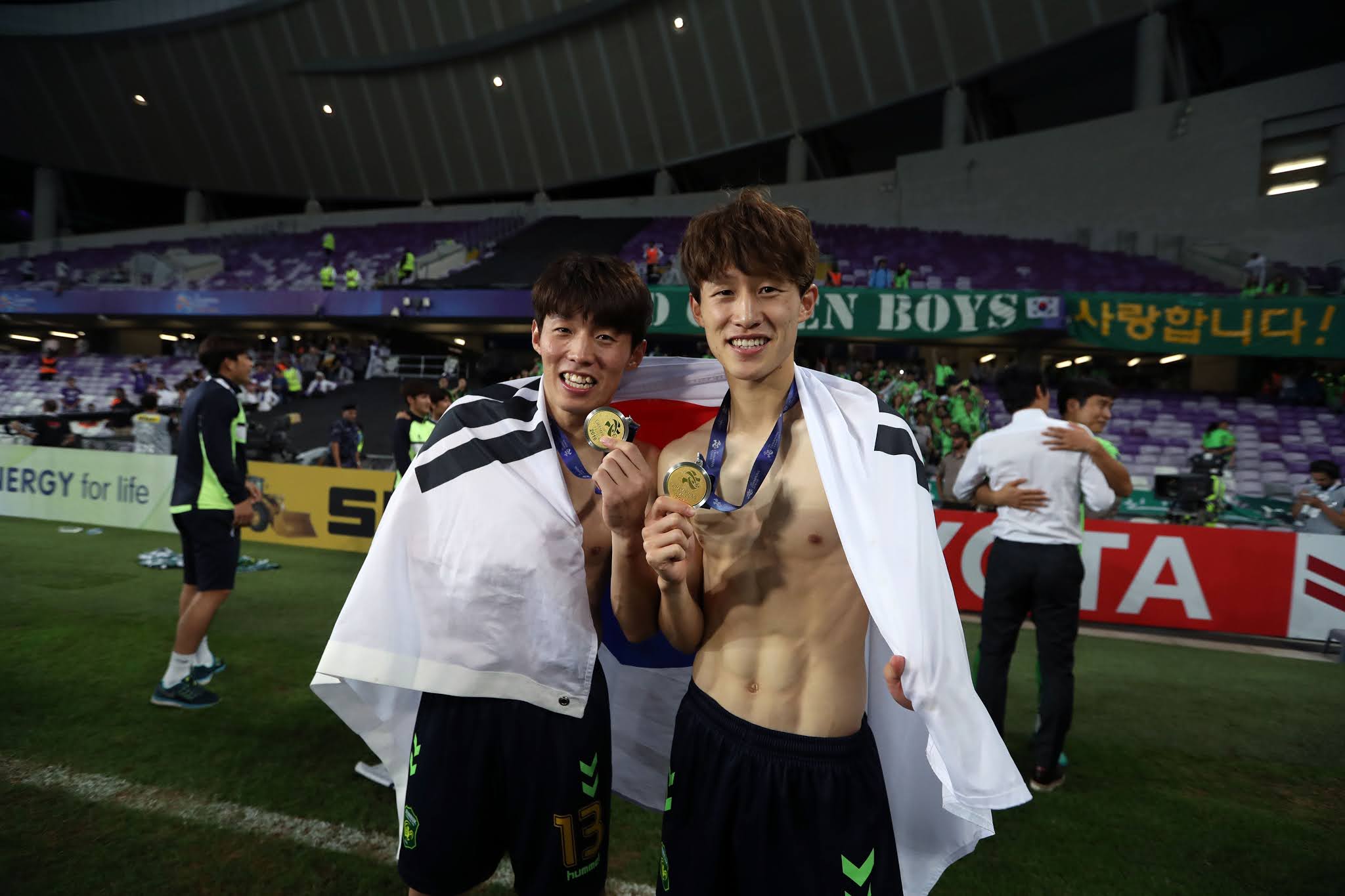 Finally, do you think this Jeonbuk side can repeat the achievement and lift the Champions League trophy in 2021?
We always go to this tournament aiming to win, and we are also doing well in the K League. Furthermore, we represent the league and we are preparing to play well and be victorious. I think this is a great opportunity to win, and we want to show our fans the trophy again.