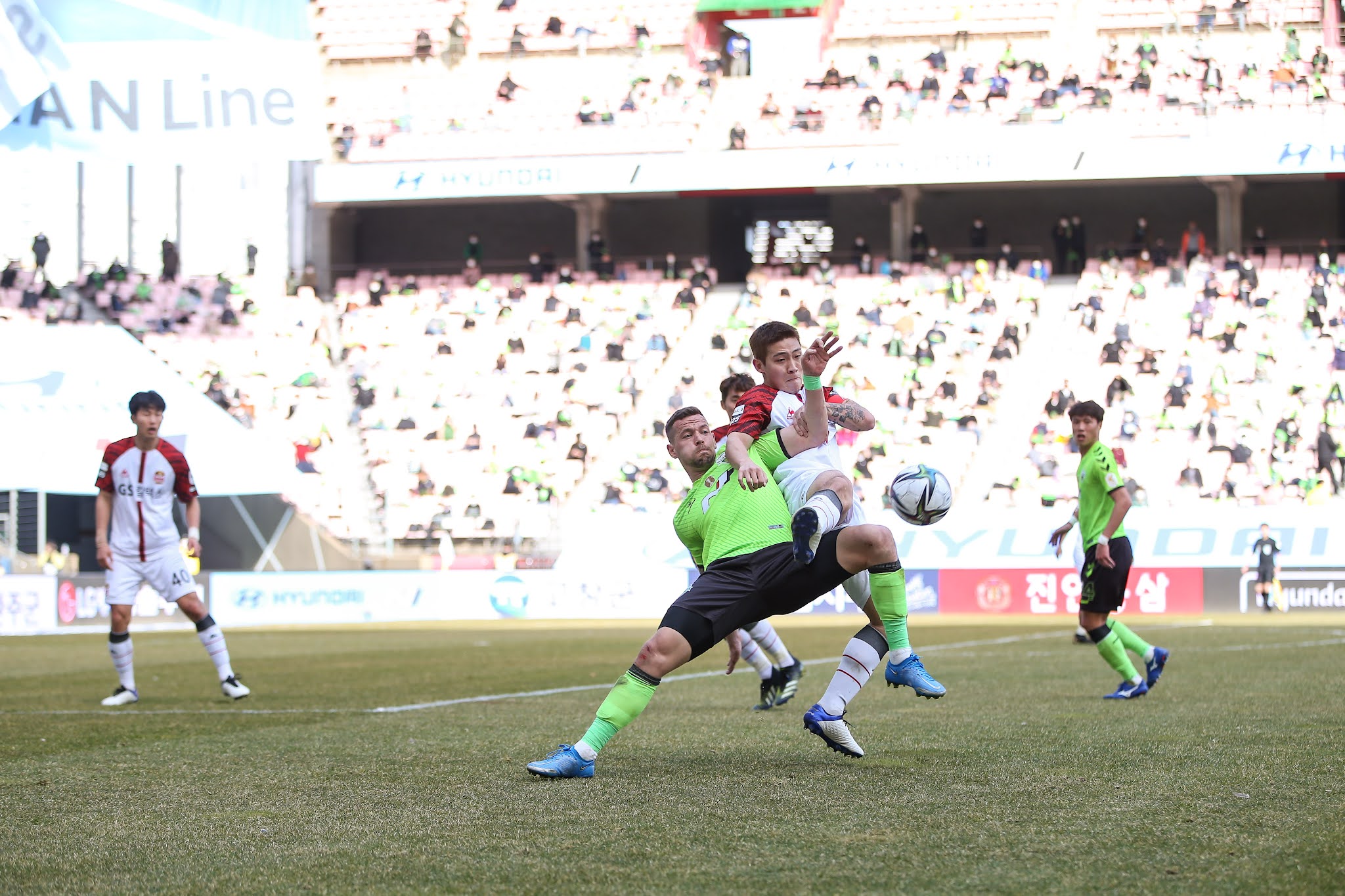 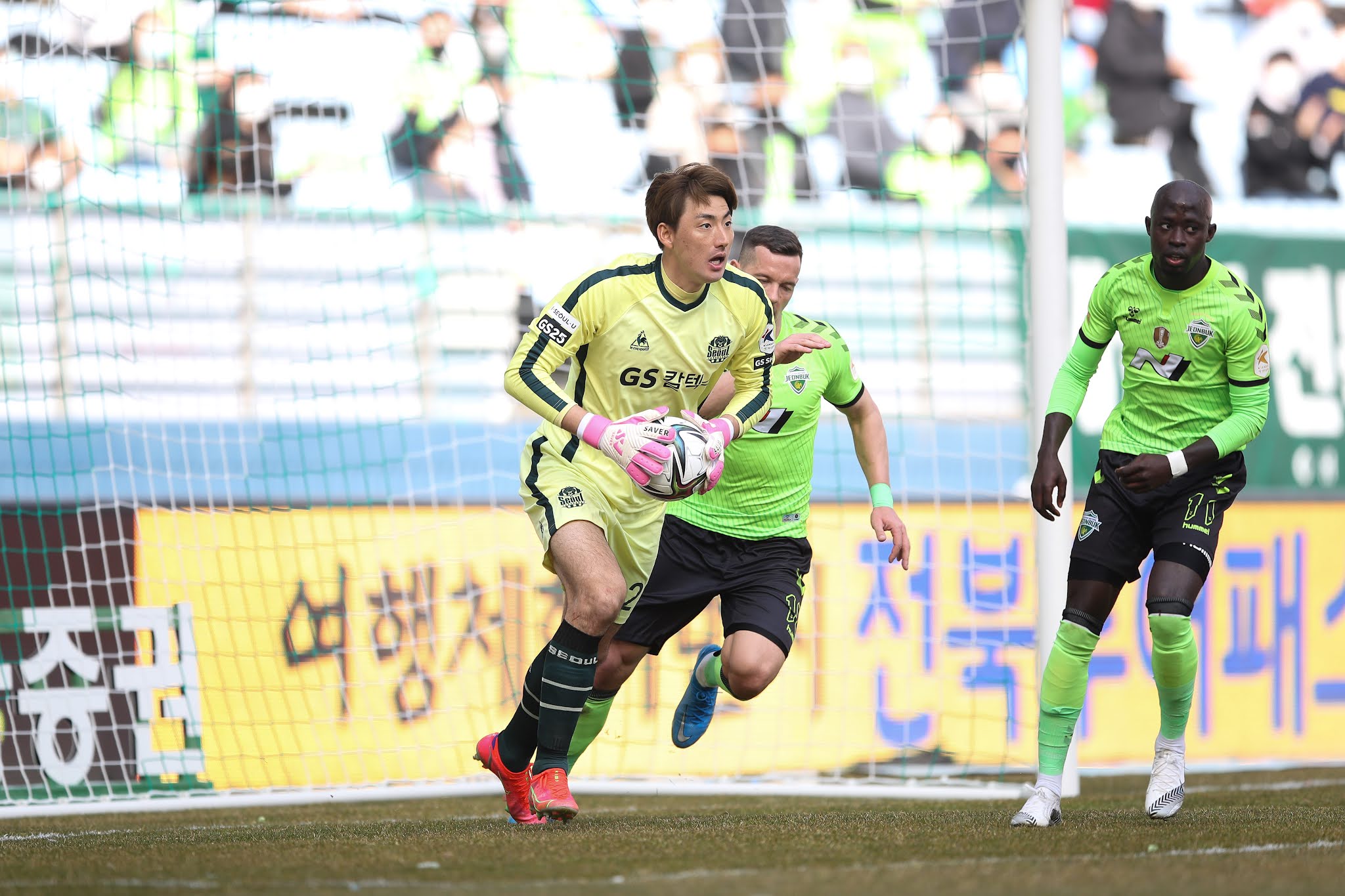 Jeonbuk Hyundai look to close the gap between themselves and league-leading Ulsan Hyundai when the Green Warriors take on FC Seoul this Sunday. After returning to domestic football with a disappointing loss to Suwon FC, Kim Sang-sik’s side managed to get two wins in a row - the first against Daegu FC and the second against Gwangju FC in midweek. After an exhausting group stage of the AFC Champions League, the K League title holders have begin to look better in every game. A player to watch for Jeonbuk Hyundai is Moon Seon-min, who has been key player in the last two wins. Jeonbuk look to repeat their success from the last clash with FC Seoul, when they won 2-0 in Round 1 of K League 1. However, their opponents are also in a good form and so Sunday's clash is likely to be an interesting one.
Last week saw FC Seoul got an important win thanks to Ji Dong-won’s first goal after his return to Korean football. Park Jin-sub’s side had a disappointing winless run but lately, they have earned seven points in three games. Currently, they are in 10th place with 24 points after 21 games but last week’s win over Gwangju FC was especially crucial because, in the bottom half of the table, teams are very close to each other and every point earned in a battle with another team involved is not to be underestimated. Winning against Jeonbuk Hyundai would give Park Jin-sub’s side a boost of confidence and keep their hopes of catching the top half of the table alive. 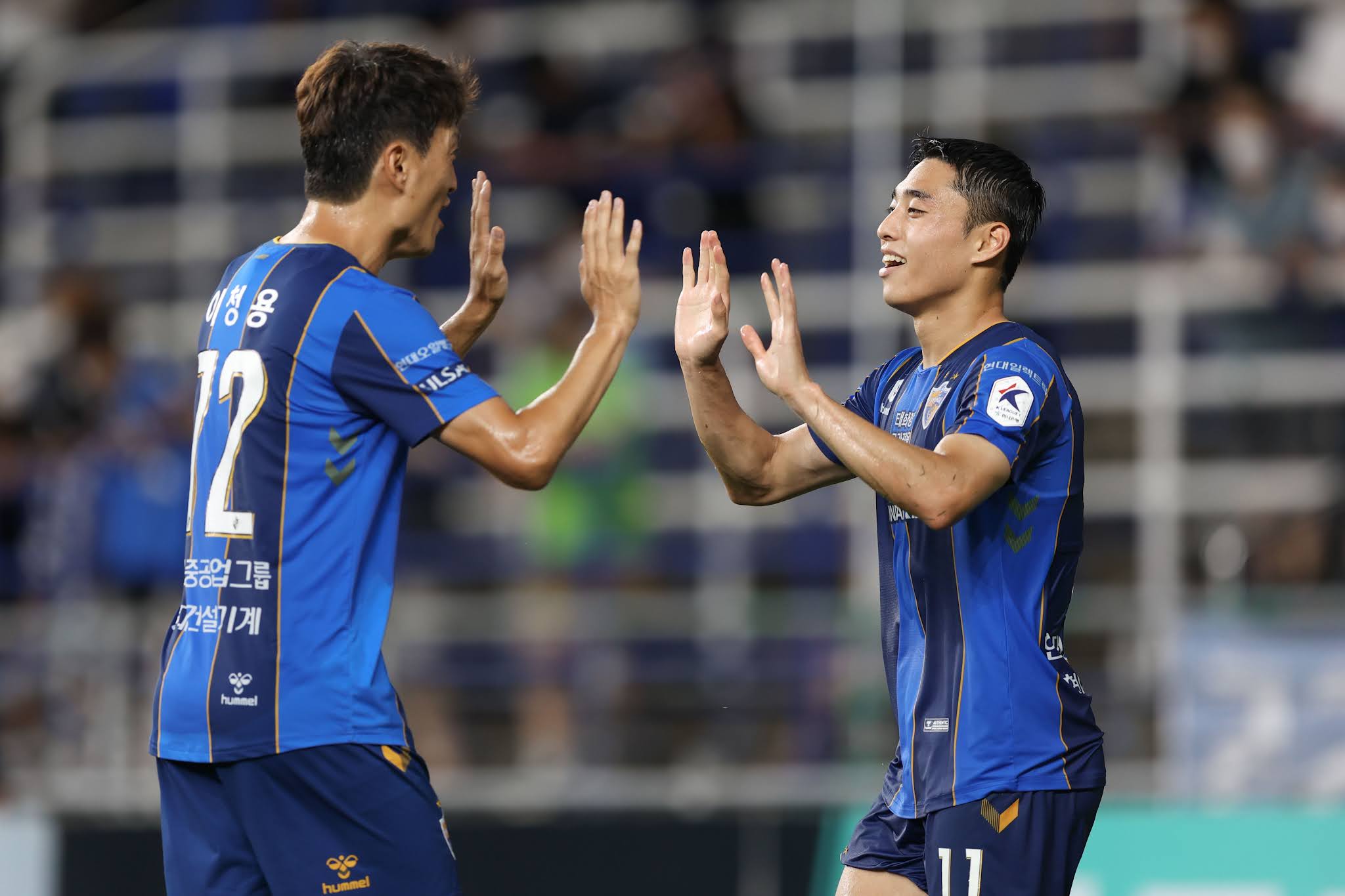 Ulsan Hyundai suffered something of a dip in form after returning to domestic action. But Hong Myung-bo’s side has managed to get a win in the last two rounds with victories against Daegu FC and Gangwon FC. Having the Korean Olympic Team members in Seol Young-woo, Won Du-jae, Lee Dong-gyeong, and Lee Dong-jun, back has also helped. Three out of the four goals scored in those two matches were by the returning Lee Dong-gyeong and Lee Dong-jun. Won Du-jae’s midfield presence and having Seol Young-woo as a substitute player was also very important for Ulsan Hyundai. Currently, Ulsan Hyundai is ahead of Jeonbuk Hyundai by five points but the Horangi has played two games more. This Saturday, August 14th Ulsan face an out-of-form Jeju United side. The last game between these two teams ended with Ulsan defeating Jeju 2-1 after an exciting second half and two penalty kicks. A repeat of that result would keep the title push firmly on track. 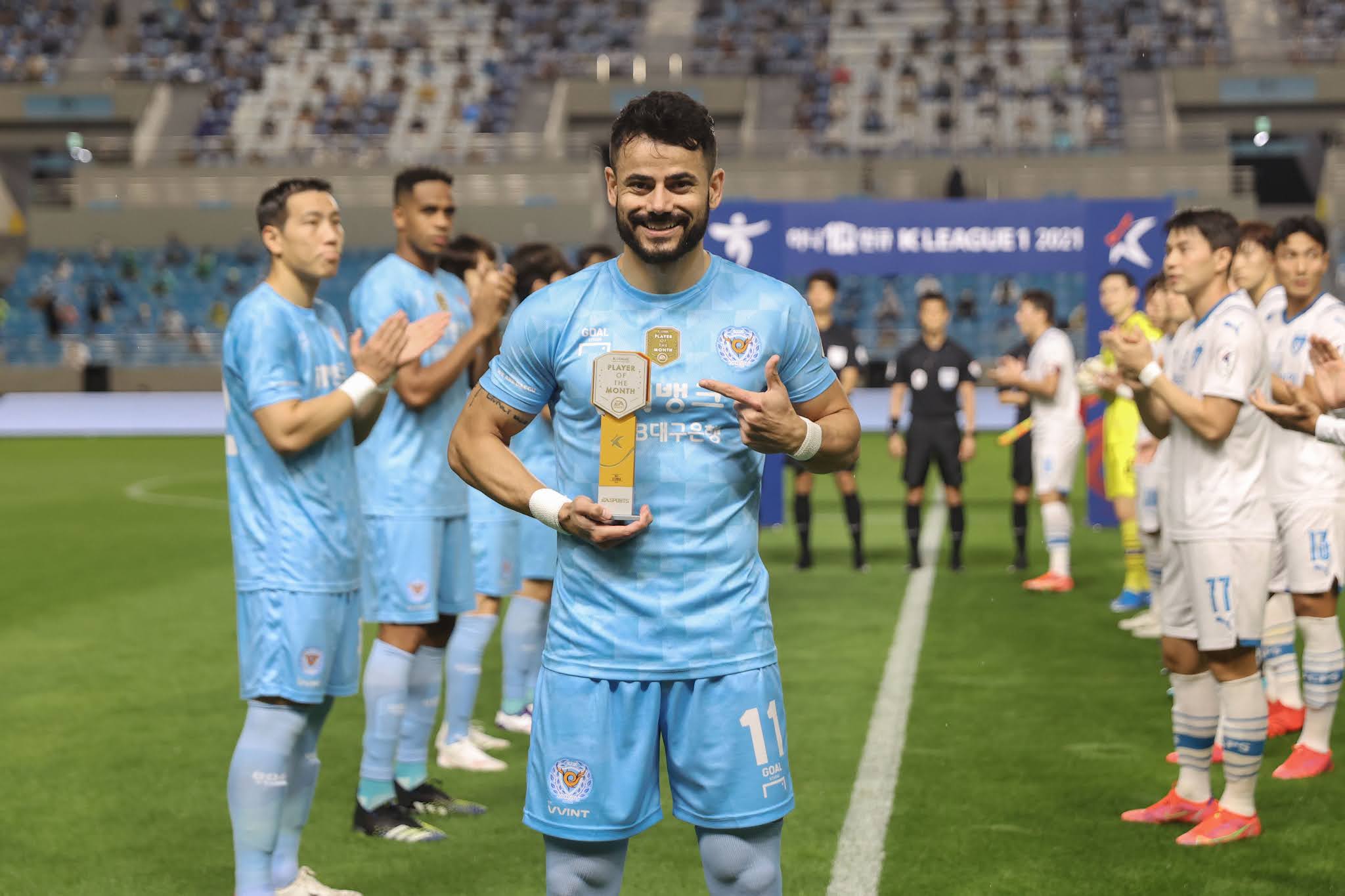 After returning to domestic action Daegu FC faced three other AFC Champions League contenders and has  managed to get only one point. Lee Byung-geun’s side scored only three goals, two of which were assisted by Cesinha. The Brazilian attacking midfielder has also been crucial for Daegu FC in the AFC Champions League, where he scored four goals and assisted three times in the group stage. This weekend, Daegu FC face Gangwon FC with hopes to win and fight for third place. Cesinha was in form in midweek too having scored one and assisted one as the Sky Blues came from behind to beat Gimcheon Sangmu and earn a place in the FA Cup semifinal. The side Daegu will face in the final four of the FA Cup will be this Saturday's opponents Gangwon FC. Cesinha has a good record against Gangwon with four goals and three assists in the last four seasons alone. 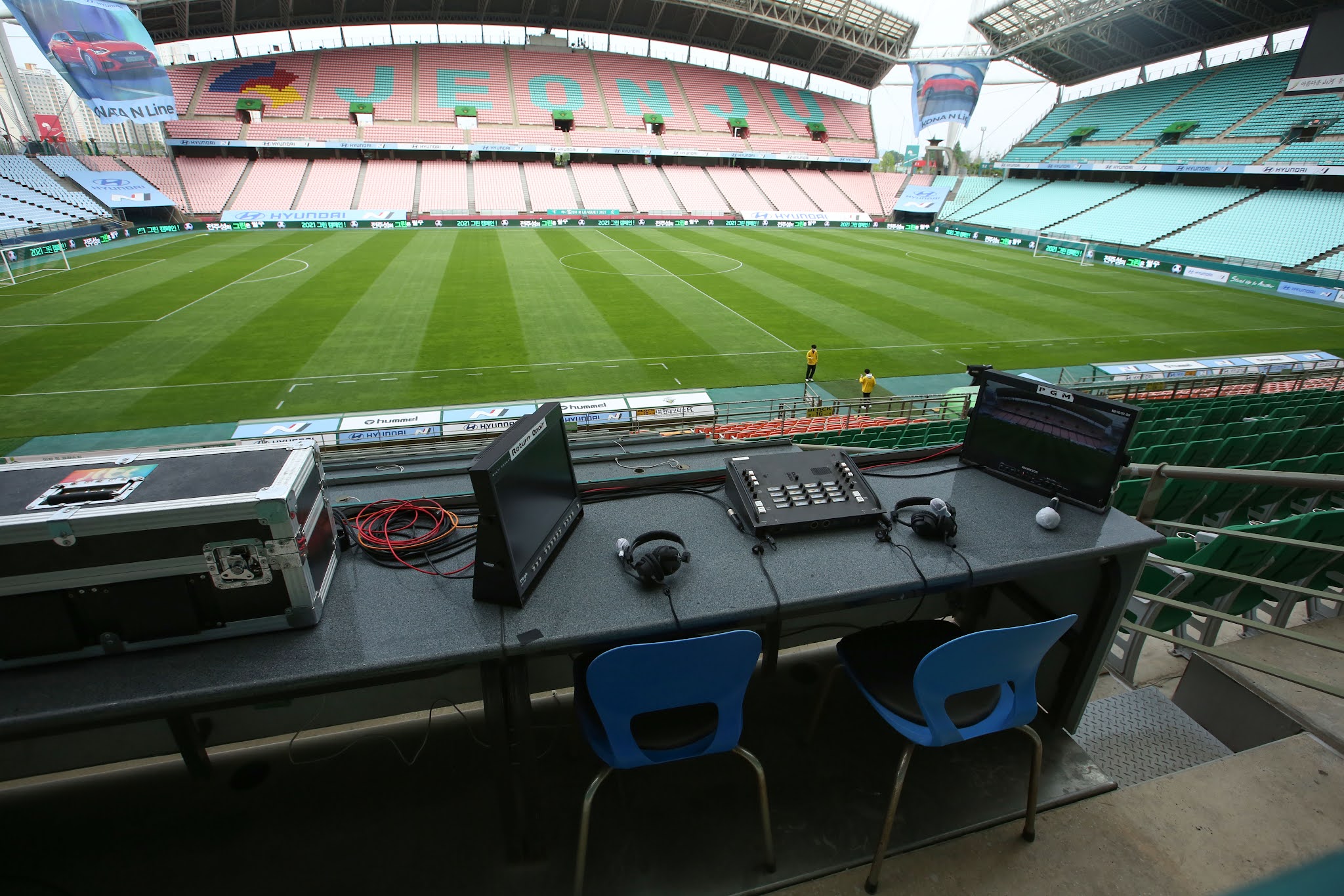