"I want to stay here for a long time and help the team's project": Ryan Edwards Interview

Arriving in Busan from English League One club Burton Albion, Australian midfielder Ryan Edwards is becoming one of the key members of the current Busan IPark squad after his summer transfer. Nicknamed the 'Australian Kante' by his Korean teammates because of the distance covered and his range of passing, Edwards has already demonstrated his adaptability on the pitch, and he is also doing his best to adapt to life off it in his new surroundings. K League United columnist Lee Dowon spoke with the defender about how he is finding things in K League so far. 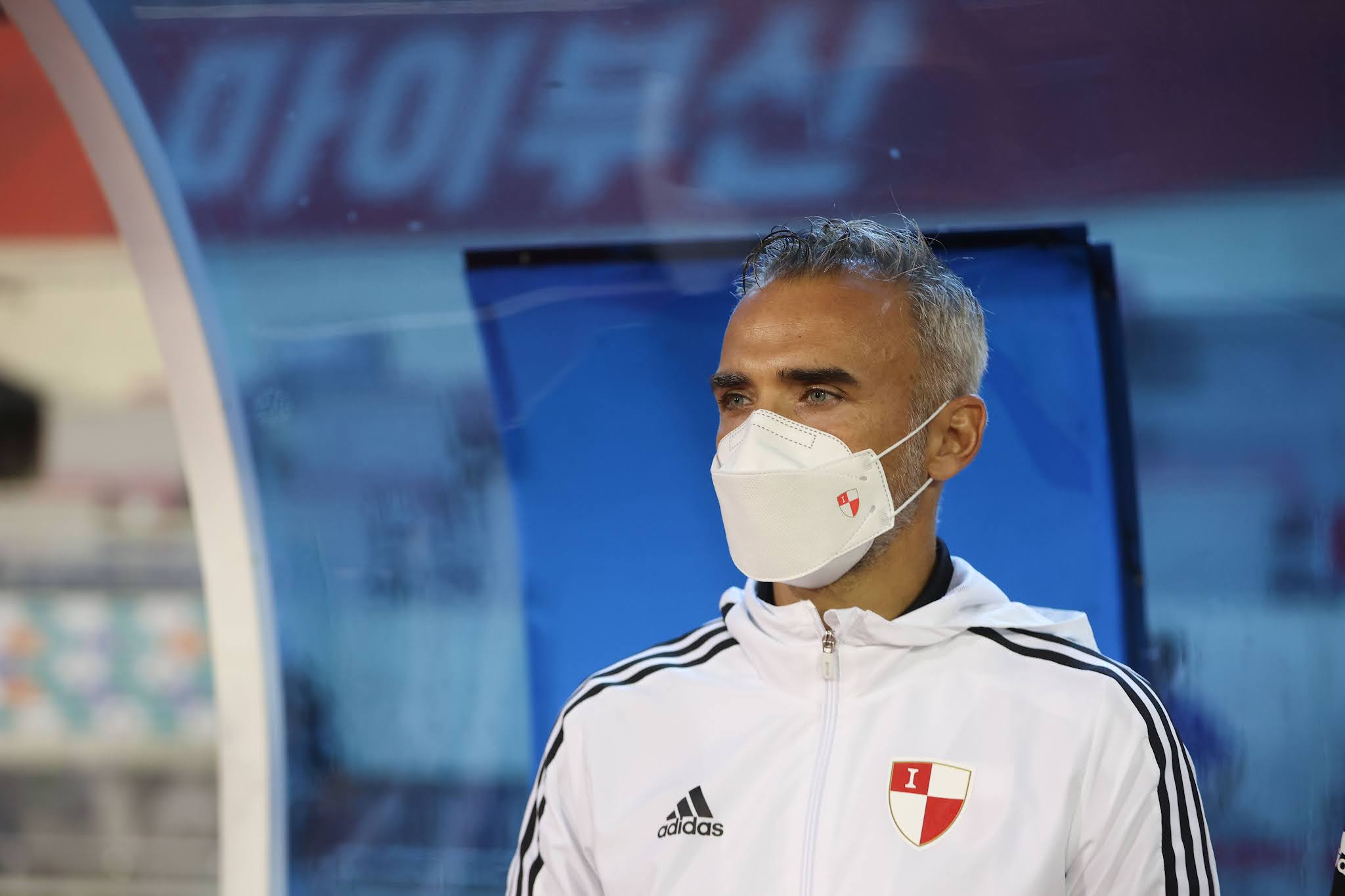 DL: Many players have praised the training methods of Ricardo Peres, a coach that has a lot of experience coaching in many countries such as Portugal, Greece, and Brazil, and you yourself have 10 years of experience as a football player, mainly in the UK. So in your opinion, what's the difference between training in Britain and in Busan?
RE: The weather! [laughs]. I would say I've been quite fortunate to work with really innovative up-and-coming managers, young managers that are learning themselves and want to improve so they always are changing and adapting. It's the same here with the current manager. It's the same kind of life routine, we are training at the same times that I would in England, and Scotland, training for the same length of time, sometimes an hour and a half training session, sometimes a two-hour training session, depending on the information and what you want to get out of in that day. We do some gym training sessions, which didn't happen so much in England because the schedule was repetitive. After the Saturday game there’s a game on Tuesday, and there’s a Saturday game again so there weren't so many gym sessions, but the level of strength and conditioning and gym sessions have been of equal quality, equal information, which has been good.
What I like here in Busan is that the current manager is incorporating more new ways of how to get the best out of us. We do weekly meditation, weekly yoga, which I'm a fan of. I've been doing this for three or four years myself in my own environment. I find yoga keeps you calmer, it helps you strengthen your muscle, strengthen your core to prevent injury. Meditation is great to keep you present to keep you calm. If you do this small habit every single day, it'll help you on a training pitch to be more "in flow" or to be not thinking about anything else but in your own job. So incorporating that in the team environment is the first I've seen in a football club. I think that basketball teams in America do it so I think football is slowly catching up to these new ways of coaching. There's a small difference there, but generally, the football stuff is quite similar.
DL: What changes have you made to your game in moving to K League?
RE: It's a good question. What I found in my time in Scotland and England, I played more often than not in an attacking midfield position and was asked for me was to press really high on the pitch. We liked high-intensity pressing and I would do a lot of that in the game for us to retain the ball, and then we would continue attacking quite high up the pitch. In England, the style of football is different to the K League, where it's more direct football, more long balls, and second ball game, where you have to not so much worry about the slow build-up from defense to attack, it's more in your attacking half and more of like a battle than a fight.
One main reason why I wanted to experience something new for myself was to learn a new style of football or relearn a style of football because when I grew up in Australia, with almost like a Dutch system, we learned how to play the style of football; passing football, progressive attacking football, so to come to play for a Portuguese coach, a European manager in a really good football team really excited me. What I've noticed so far in my games is that I'm relearning a new style where I can get more on the ball and make more passes rather than worrying about thinking differently about how the long ball or the second ball. While continuing to do my pressing and continuing to get the second ball, I'm now able to maybe scan a little bit more, receive the ball with a pass rather than a long ball. I find the way the manager has it set up that, for example, in the last few games, Domagoj [Drožđek], [Park] Jeong-in, and [An] Byung-jun's high press has been really good. I was the one doing that in England so now I can focus more on my midfield duty. So there are some small differences, which I'm happy to be doing. 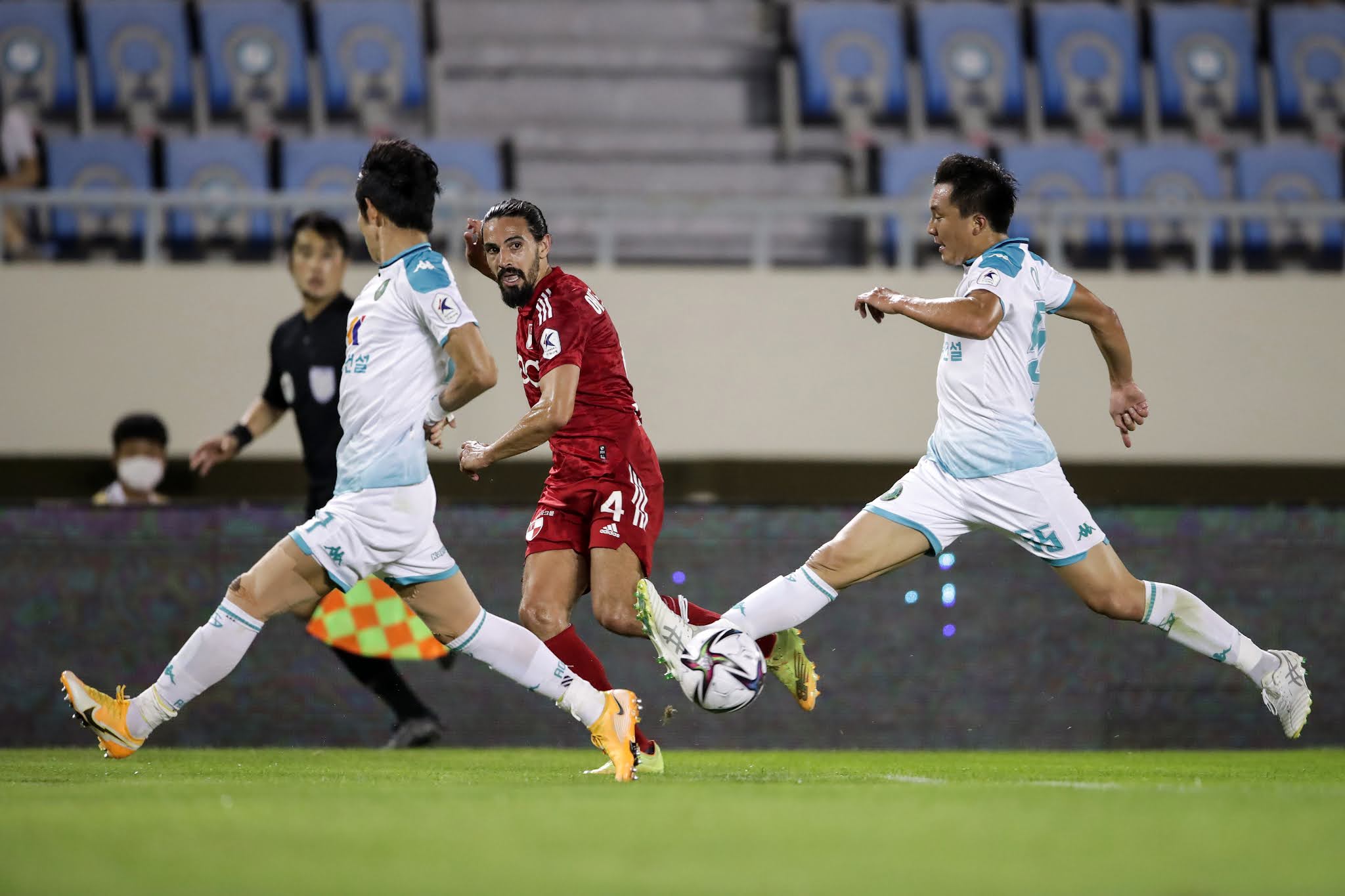