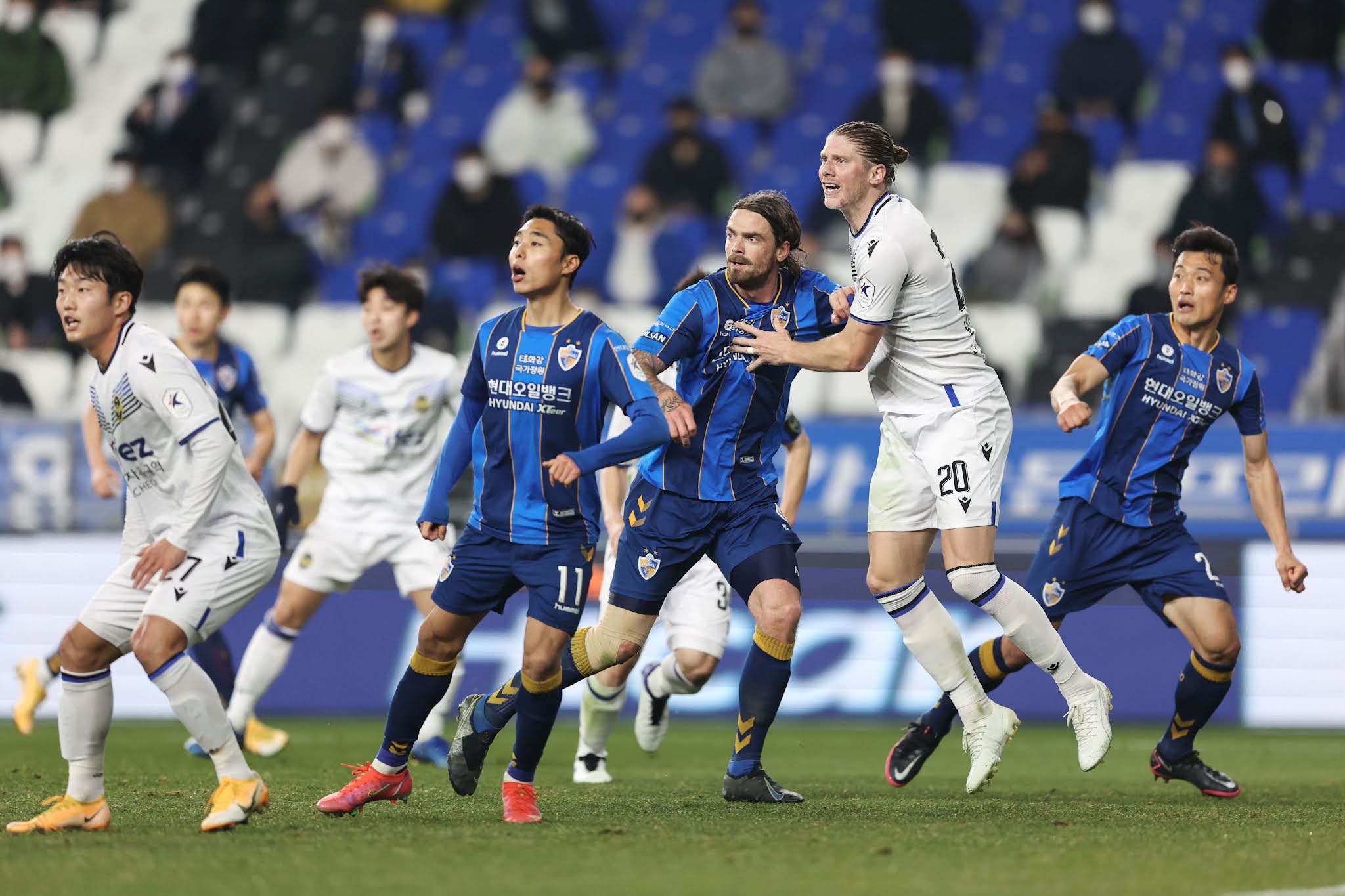 First take on fourth this Sunday as Ulsan Hyundai host high-flying Incheon United at the Munsu as the 2021 Hana 1Q K League 1 season reaches Round 28. Ulsan know that a win will be a must if they are to keep their five-point cushion at the top of the able but take on an Incheon side which has just one defeat in 10 with six victories.

Ulsan Hyundai picked up an important win in midweek, easing past FC Seoul by two-goals-to-one thanks to a first-half brace from Valeri Qazaishvili. The win made it four out from Ulsan's last five outings and with just one defeat in seven in the league since the ACL break. The Horangi sit top of the table and five points clear over Jeonbuk Hyundai Motors but have played two games more.

Incheon United, meanwhile, sit in the dizzy heights of fourth place and even shot up to third at one point during Wednesday's action. Incheon beat ACL qualification hopefuls Daegu FC 2-0 on Wednesday night thanks to goals from Song Si-woo and a stunning free kick by Elias Aguilar. The win was a sixth in their last 10 and second on the spin.

For Ulsan, right back Kim Tae-hwan is just one booking away from missing the next match. Hong Myung-bo should have a relatively full squad to choose from. The former South Korean national team boss has largely set his side up in a 4-2-3-1 formation so far this season and was the case when these two sides met last. However, for the trip to Sangam on Wednesday, Ulsan began in a 4-1-4-1 with Oh Se-hoon as the long striker.
Incheon will be without the services of experienced defender Kim Kwang-seok. The club confirmed on Thursday that the 38-year-old was sent for an MRI scan for a groin injury. A return date was not specified but the former Pohang man is certain to miss the trip to the Munsu. Manager Jo Sung-hwan has stuck with a back three for much of the campaign but has used 3-5-2/5-3-2 or a 3-4-2-1 in recent weeks. In the win over Daegu on Wednesday it was a 3-5-2 with Mugoša and Song Si-woo in attack

Ulsan Hyundai and Incheon United have met twice already this season. The most recent encounter was at the tail end of April when the two sides played out a 0-0 draw at Incheon's Sungui Arena Park. The first of 2021 ended in a 3-1 win for the Horangi thanks to penalties from Yoon Bit-garam and Lee Dong-jun before Kim In-sung made it three. Kim Kwang-seok for Incheon just after the break. There were just two meetings last season, both ended in Ulsan wins. 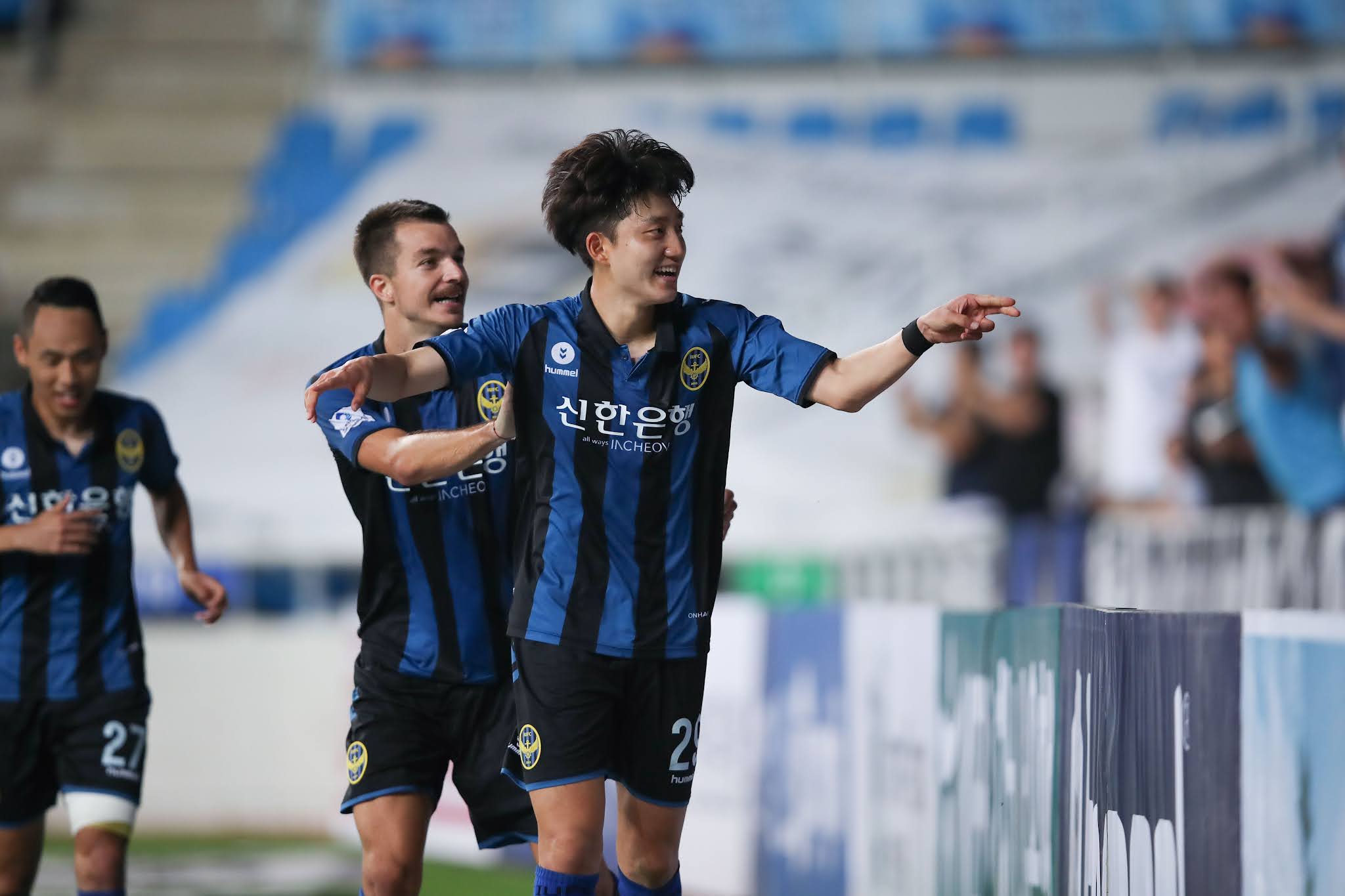 Incheon's last win over Ulsan dates back to September 2018 - a 3-2 home victory with Stefan Mugoša on the score sheet as well as a brace from Kim Bo-seop; Escudero and Júnior Negrão for the Horangi. That remains as the Durumi's only win in 10 against Ulsan with six losses and three draws. Overall, from 52 meetings, Ulsan have 25 wins to Incheon's 13 and 14 draws.
[READ: Incheon United's Harrison Delbridge Interview] 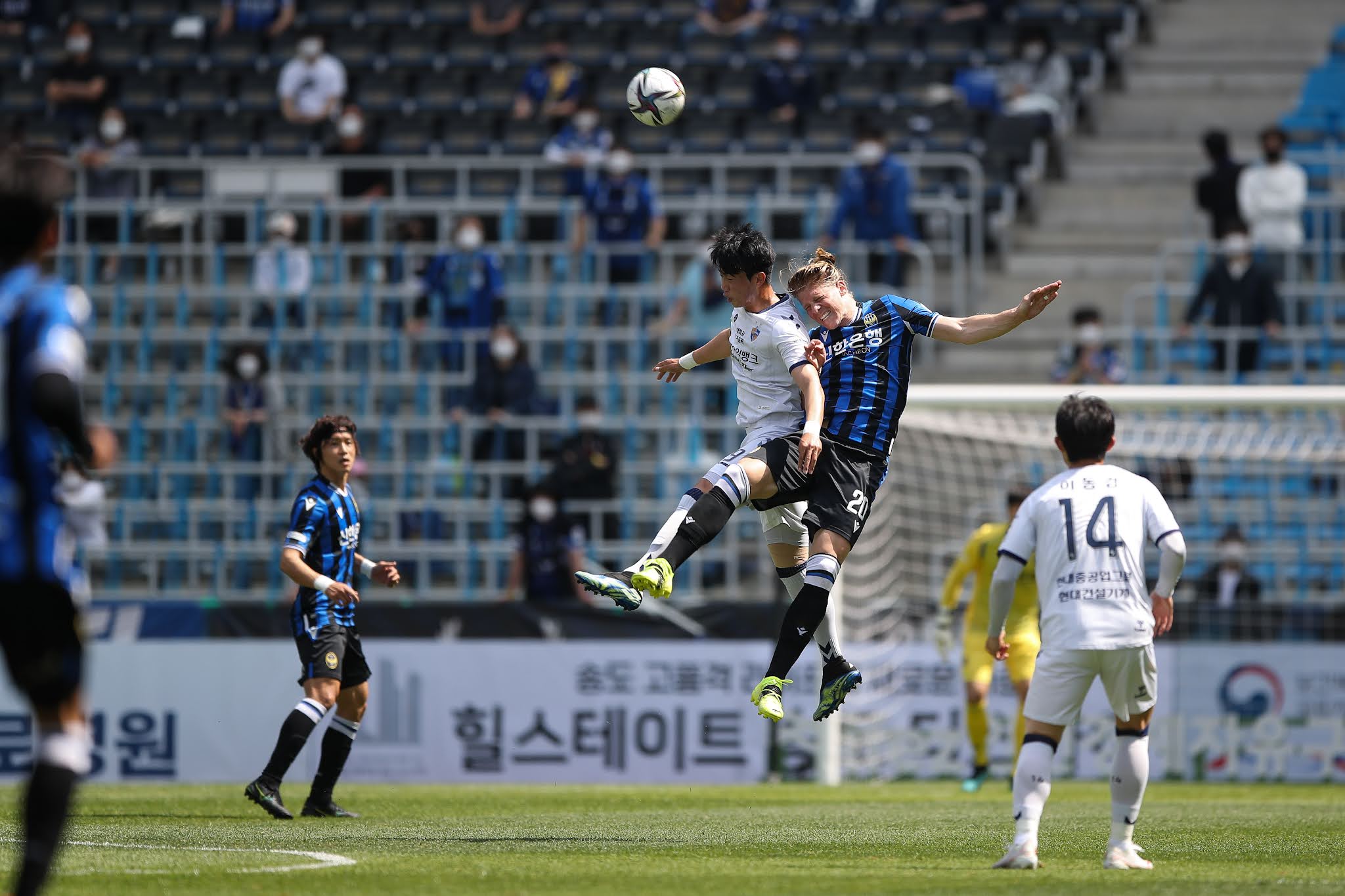 Since K League 1 returned following the ACL break, Ulsan have been the division's top scorers with 15 (1.88 per 90). Incheon are fifth in this regard with 10 (1.43) per 90. Ulsan sit third for shots, Incheon ninth and in terms of both on target and shots made inside the box, the Horangi sit 2nd and the Durumi 11th. It's a similar story for shots outside the box too. But a particular area where Incheon have excelled is at the back. Since the ACL break, United have shipped just three goals whereas Ulsan have conceded 13, the second-most in the division during that time. Ulsan know that anything less than a victory could see Jeonbuk move within one win of to spot but for Incheon, a first win over Ulsan in three three years would keep Jo Sung-hwan's side in the top half of the able. 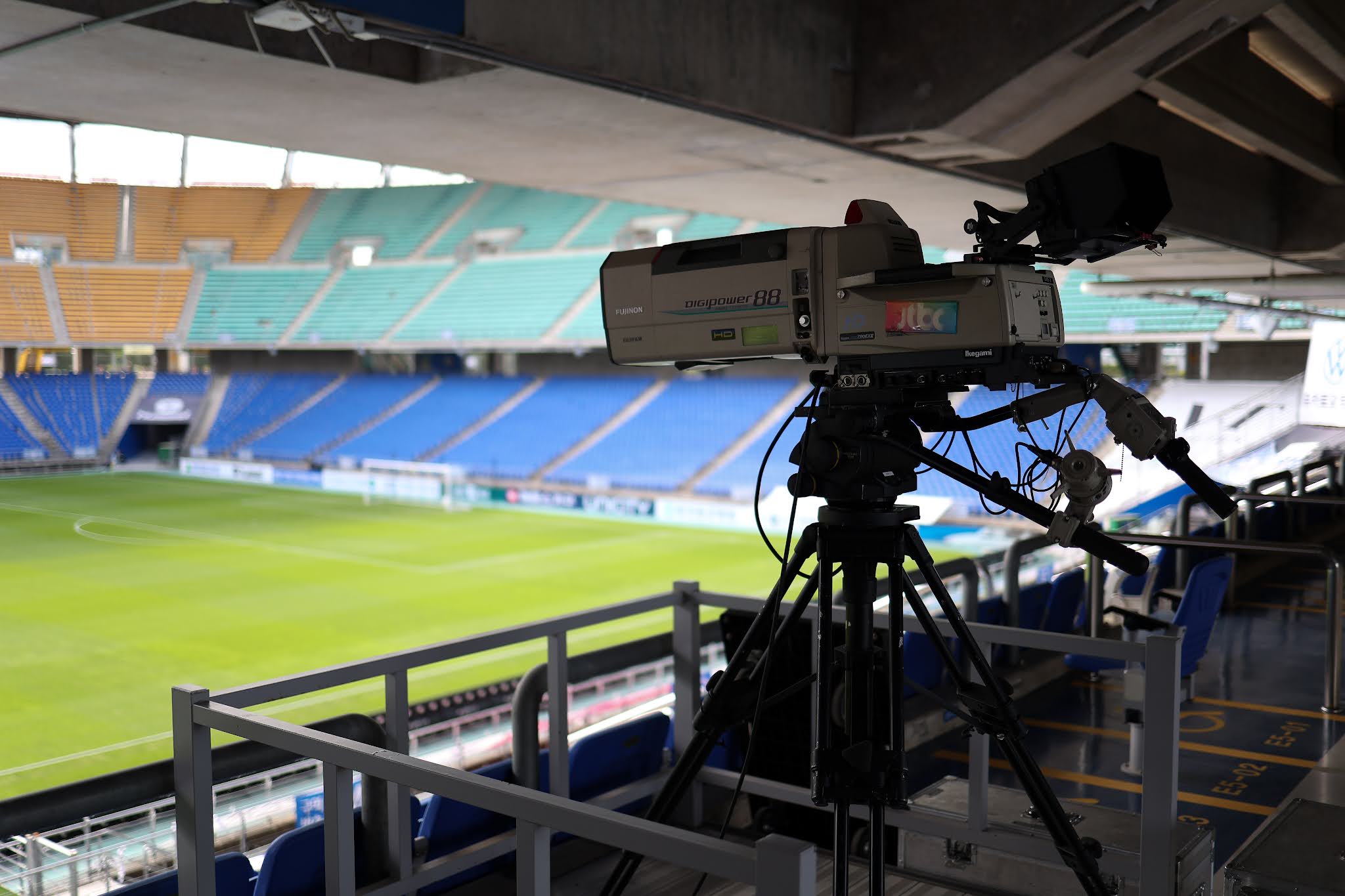