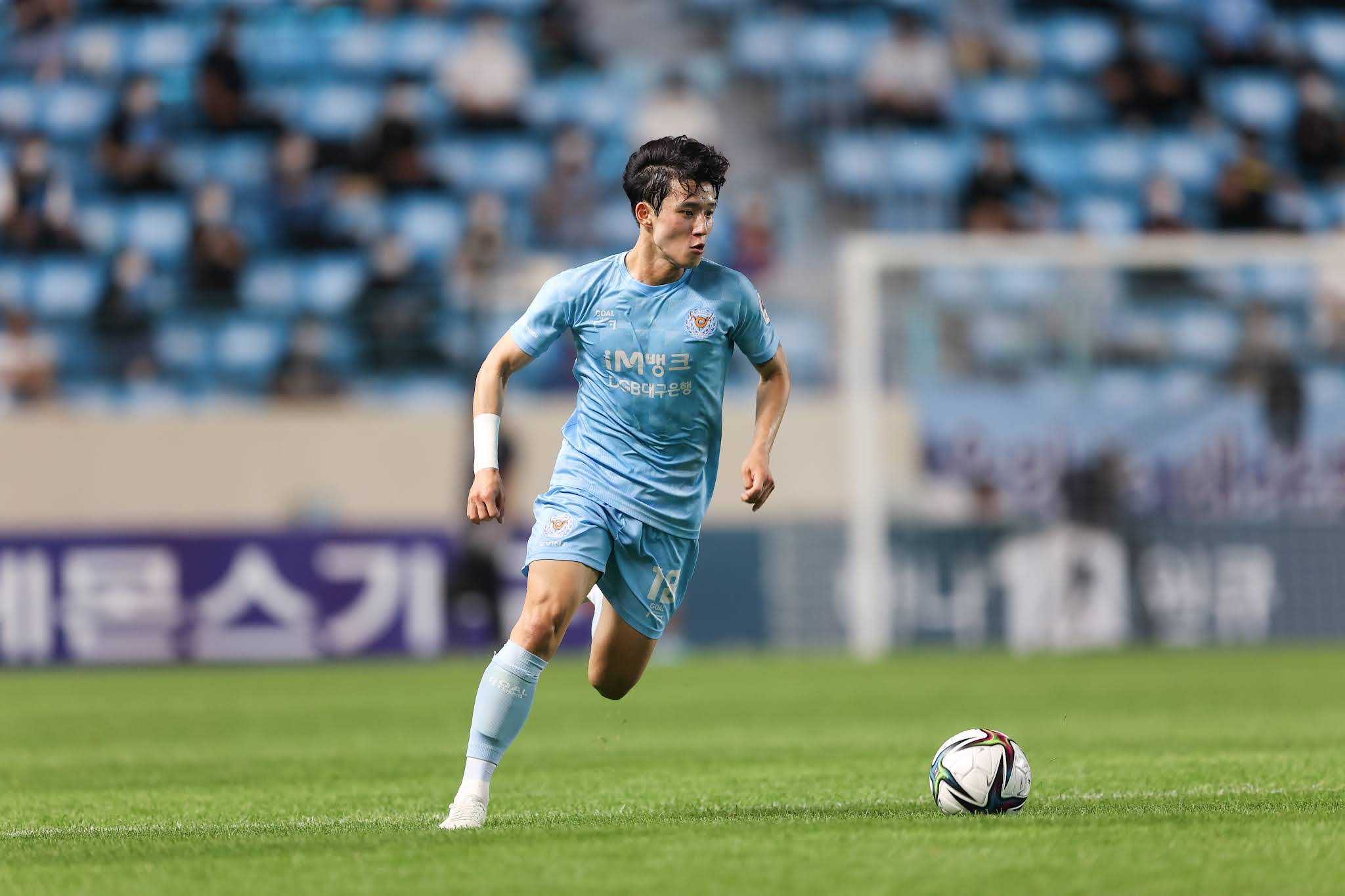 After a breathless weekend of action in Round 28 and catch up of postponed fixtures that saw Jeonbuk Hyundai Motors edge out FC Seoul in a seven-goal thriller, Hana 1Q K League 1 returns on Friday with key fixtures at either end of the table stretching through to Sunday evening. 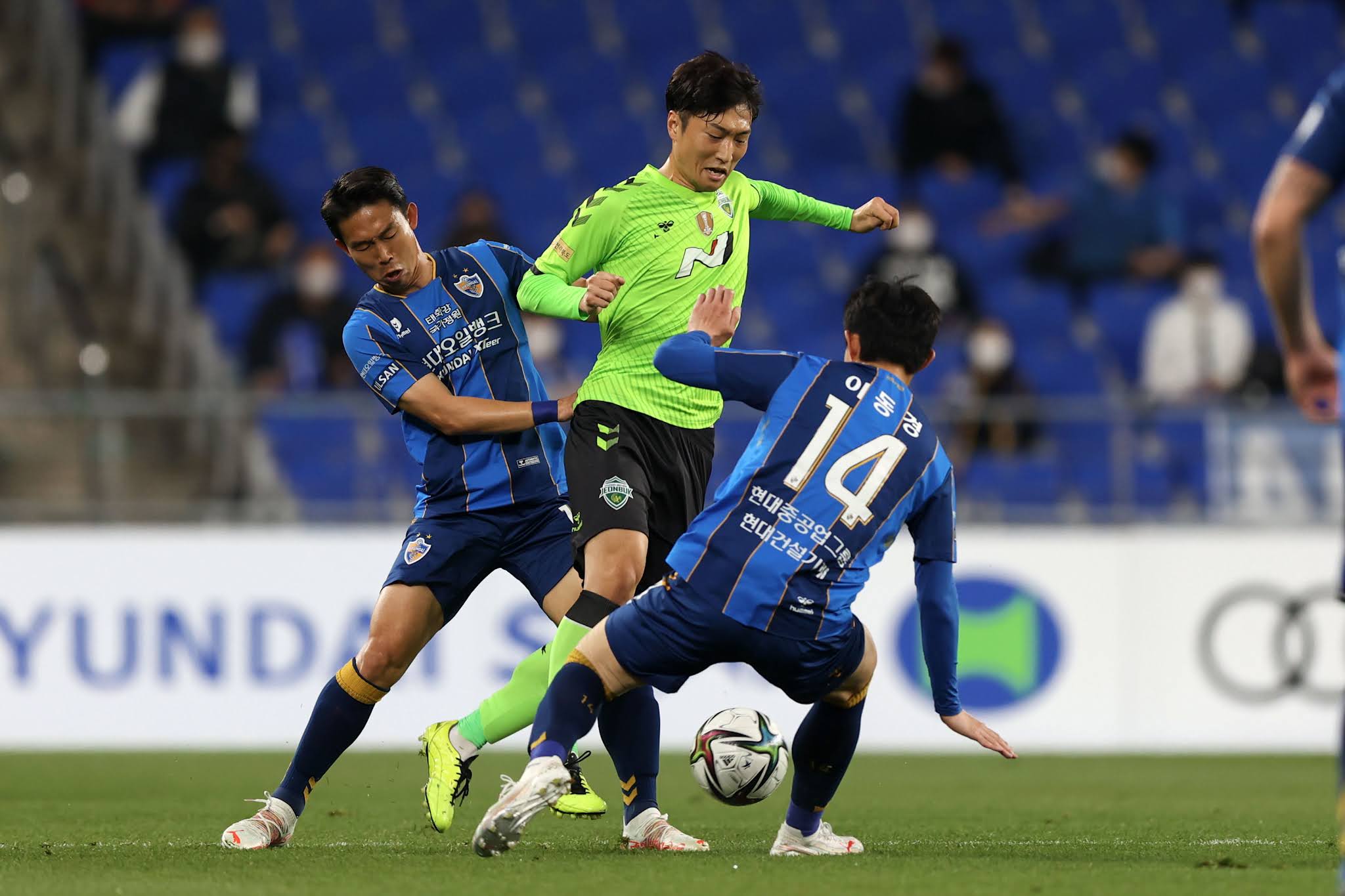 The Champions of Asia meet the current K League Champions for the third time this season with hosts Ulsan looking to extend their unbeaten run to eight games. The Horangi have had the better of the fixture so far in 2021, taking four points off Kim Sang-sik's side including a memorable 4-2 victory in Jeonju back in May. Since May the pair have only been involved in a stalemate one time apiece, so plenty of goal mouth action can be expected here. They also rank in the top two in the division in terms of touches in the penalty area.
[READ: Full Ulsan Vs. Jeonbuk Preview]
Ulsan look to have a clean bill of health as they welcome back Hong Chul after the 30-year-old was involved in Korea Republic's match-winning goal against Lebanon in World Cup Qualification on Tuesday. Looking to close the gap to Ulsan at the summit, Jeonbuk will be without Modou Barrow once more, who netted in their 1-0 win at the Munsu Stadium in a crunch tie last November. 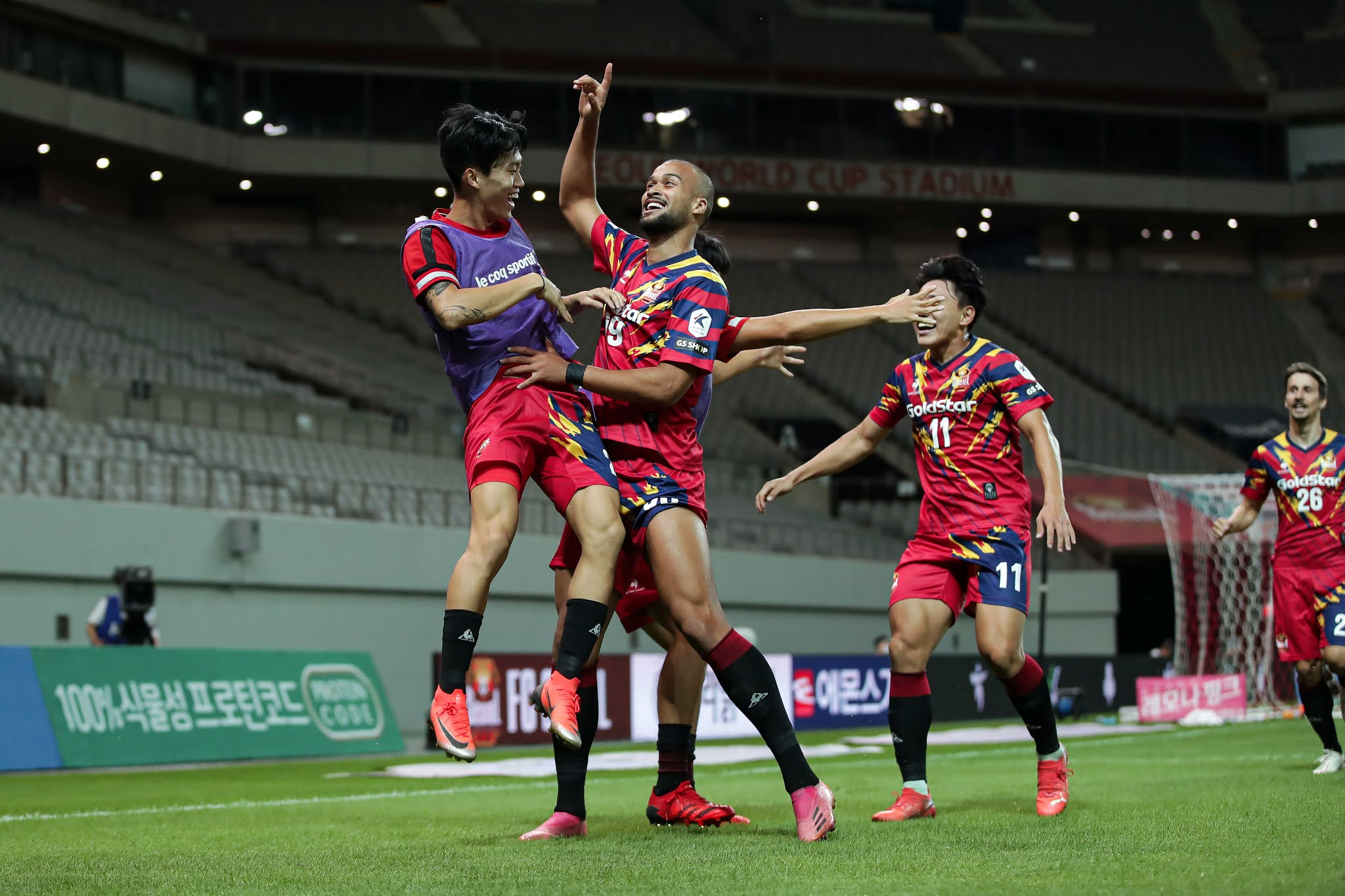 The potential prospect of relegation to the second tier was enough for FC Seoul to part company with former boss Park Jin-sub this week following the capital club's 4-3 stoppage time defeat to Jeonbuk Hyundai Motors. Certainly showing plenty of heart, goals from Osmar and Cho Young-wook weren't enough to earn them their first win in six. Seoul have moved quickly to appoint former Seongnam FC and Busan IPark manager Ahn Ik-soo, formerly part of the FC Seoul coaching staff.
Fresh face Ahn's first match day involvement with his new employers could be a season-defining one as his new side make the short journey down to Tancheon to face Seongnam FC. The Magpies sit one place above Seoul in the table having taken just two points from their last five outings. Kim Nam-il's side have had the edge over their Gyeongi-do rivals this season with late goals the order of the day. Fejsal Mulić scored a late winner for Seongnam in this fixture back in March, while Seoul salvaged a point in April thanks to Na Sang-ho's late equaliser. 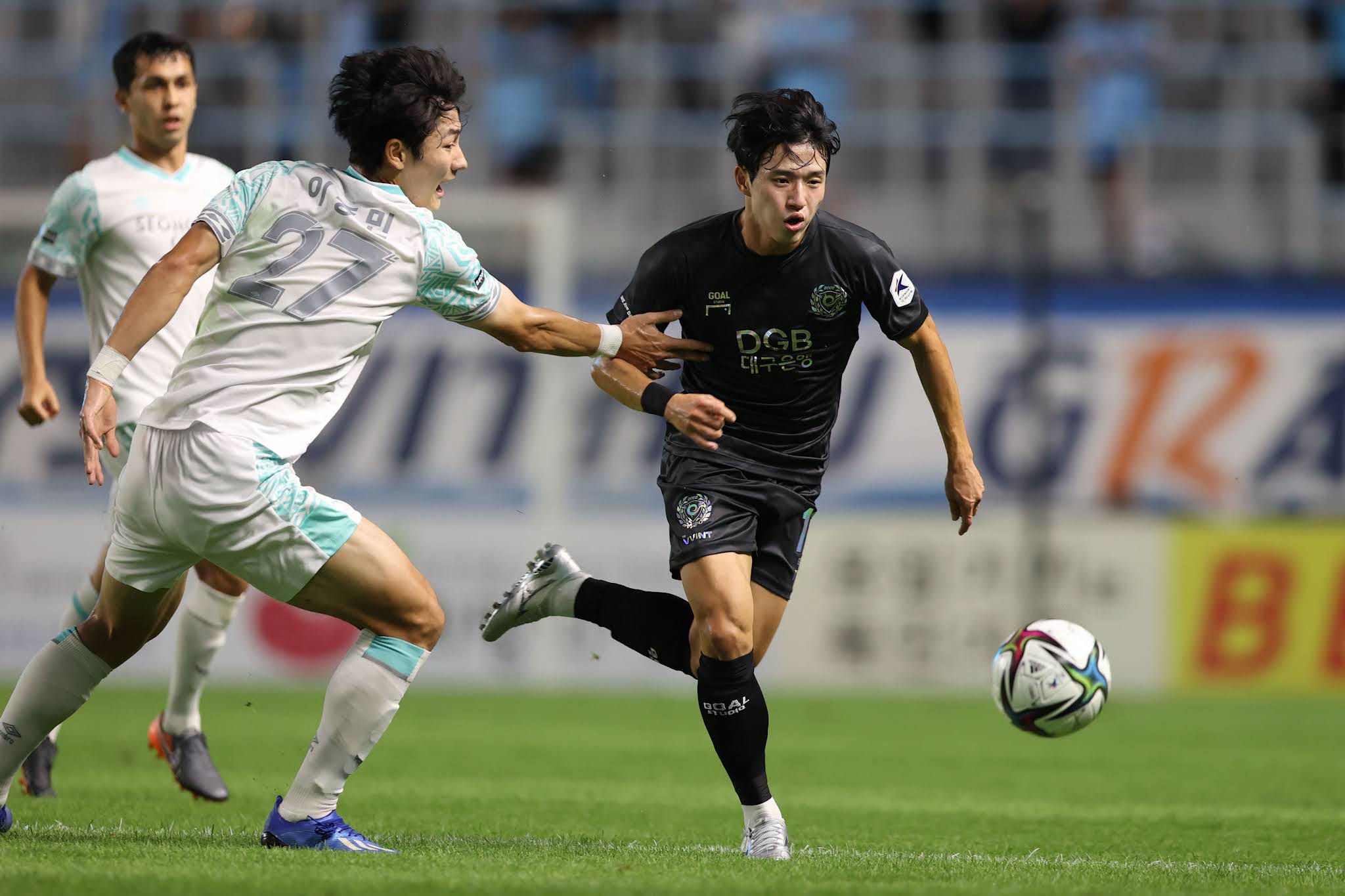 Primarily playing as a right wing-back but also deployed as a central midfielder of late by Daegu boss Lee Byung-geun, Jeong Seung-won is enjoying another season as one of the first names on the team sheet. Known for his marauding runs down the right that saw him make the Korean Olympic squad in the summer, 24-year-old Jeong is well into his fifth season with Daegu's first team.

[READ: K League Internationals September 2021 Part Three]
Alongside fellow young Korean prospects Jeong Tae-wook and Park Han-bin, who he has risen through the ranks with at Daegu, Jeong and Hwang Soon-min out wide are a large part of Daegu's full throttle style of play. Trusted to play centrally in recent weeks, Jeong has demonstrated his comfort on the ball and passing range that rank him joint second in K League 1 in terms of key passes, one ahead of talismanic team mate Cesinha. While not as high as team mate Hwang on the left, Jeong Seung-won also ranks in the top 20 for cross accuracy this season, key to Daegu's success when you have a striker such as Edgar waiting in the box. 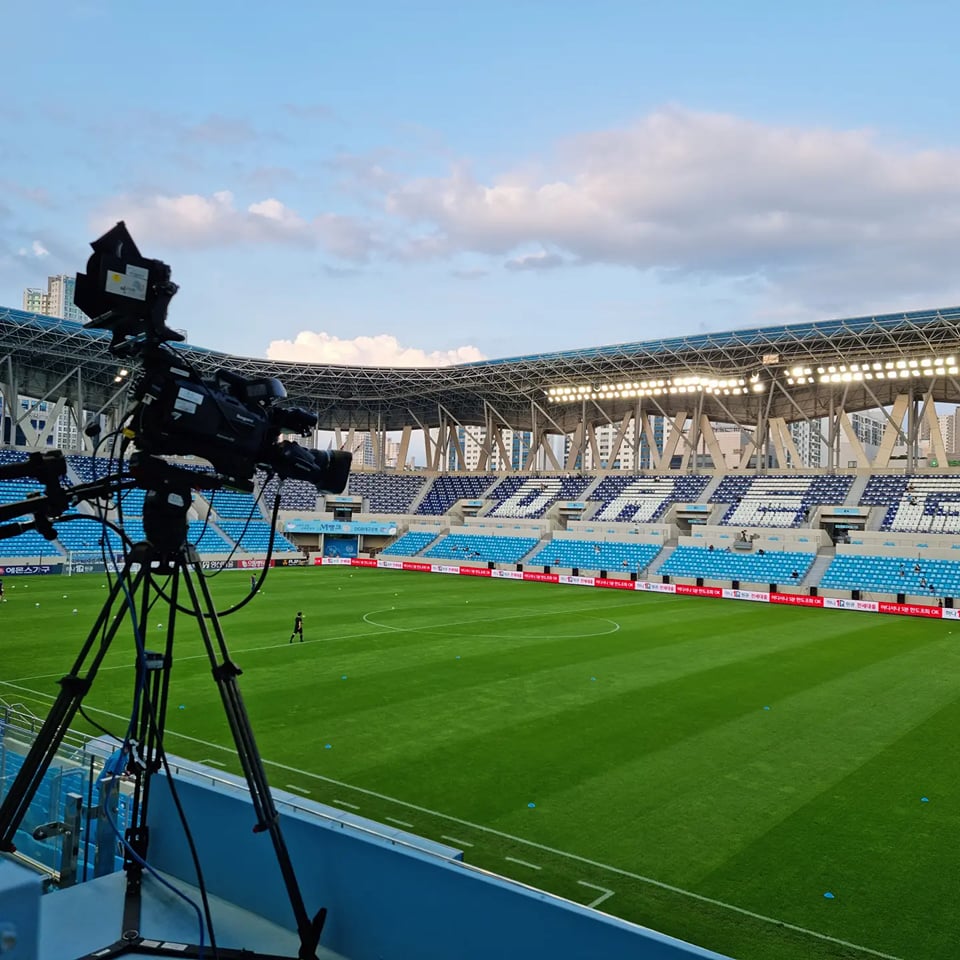