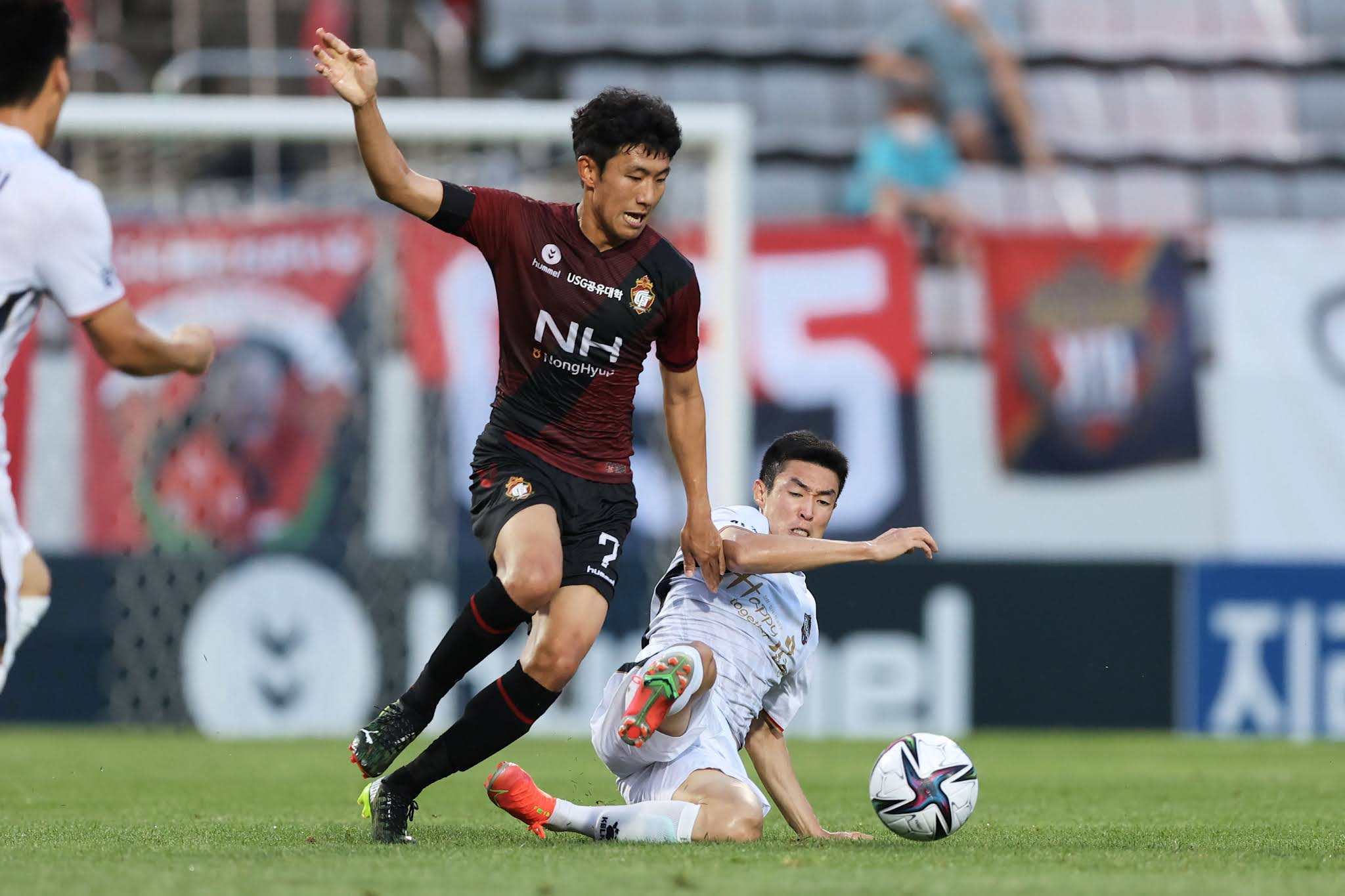 Hana 1Q K League 2 returns this weekend with a host of unpredictable fixtures as the division begins to take shape heading into the final weeks. Current league leaders Gimcheon Sangju opened up a three-point gap at the top on Monday night and will look to extend that lead away to Gyeongnam FC on Saturday. Second-place FC Anyang also travel to the south east with a visit to Busan IPark, while third place Daejeon Hana Citizen look to stop Seoul E-Land notching consecutive wins. 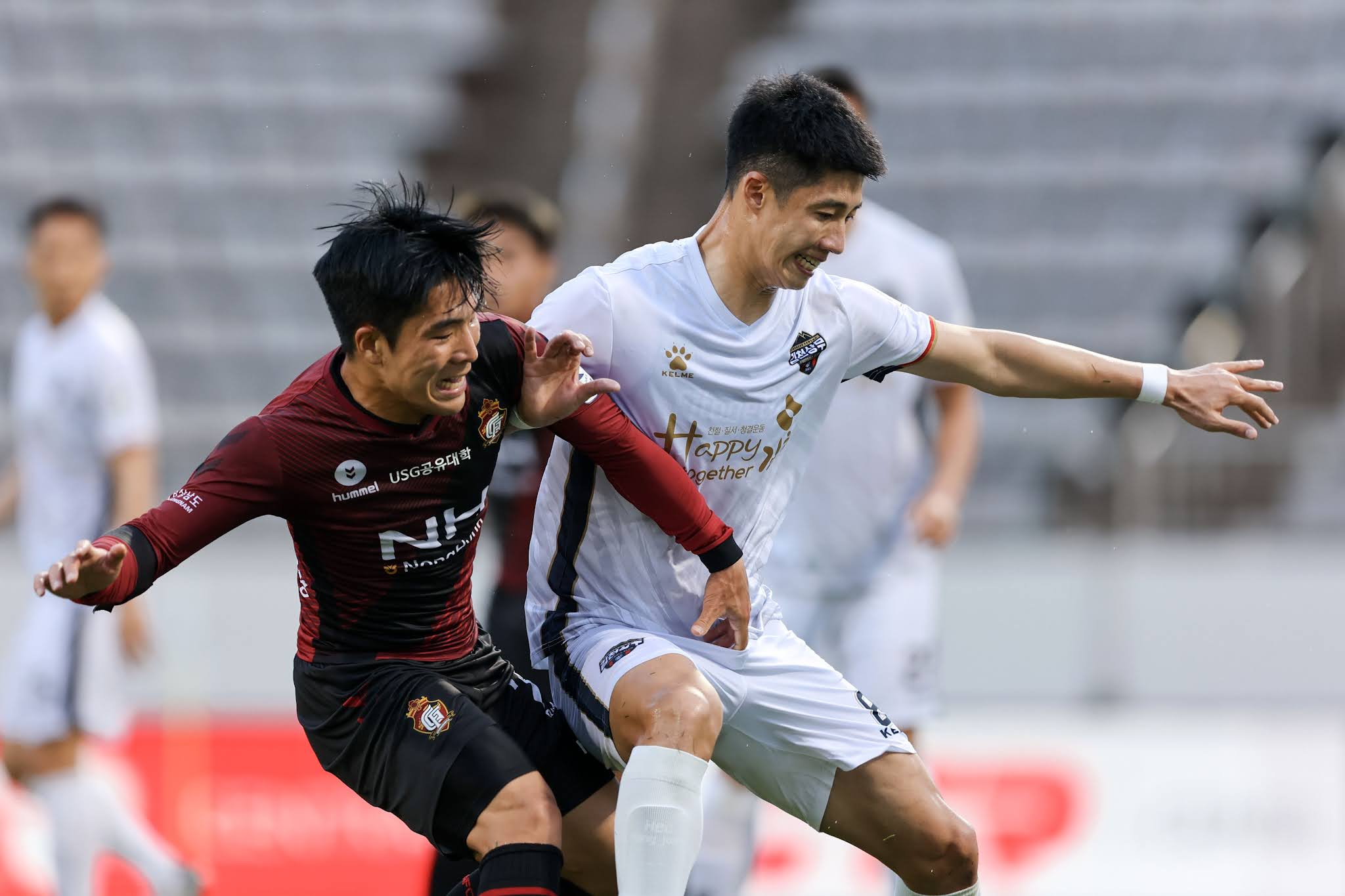 Recording their fourth win in five and extending their unbeaten run to nine, Kim Tae-wan's Gimcheon look on course for promotion to the top tier. In what would be an instant return of sorts following the automatic relegation in their previous guise as military outfit Sangju Sangmu, relocated Gimcheon have a squad enviable to their rivals. Ko Seung-beom is the latest addition to Kim's armoury, with the central midfielder settling quickly into to his new surroundings with a first goal against Chungnam Asan on Monday.
A fourth meeting on the cards between the two sides this season, Gimcheon emerged victorious on their last visit to Changwon courtesy of Jeong Jae-hee's 91st-minute winner. Jeong came off the bench to replace the man who assisted that goal, Heo Yong-jun, on Monday. Delving into the statistics, Gimcheon have dominated K League 2 of late, ranking first for goals, possession, successful dribbles and challenge intensity while conceding the second fewest goals. 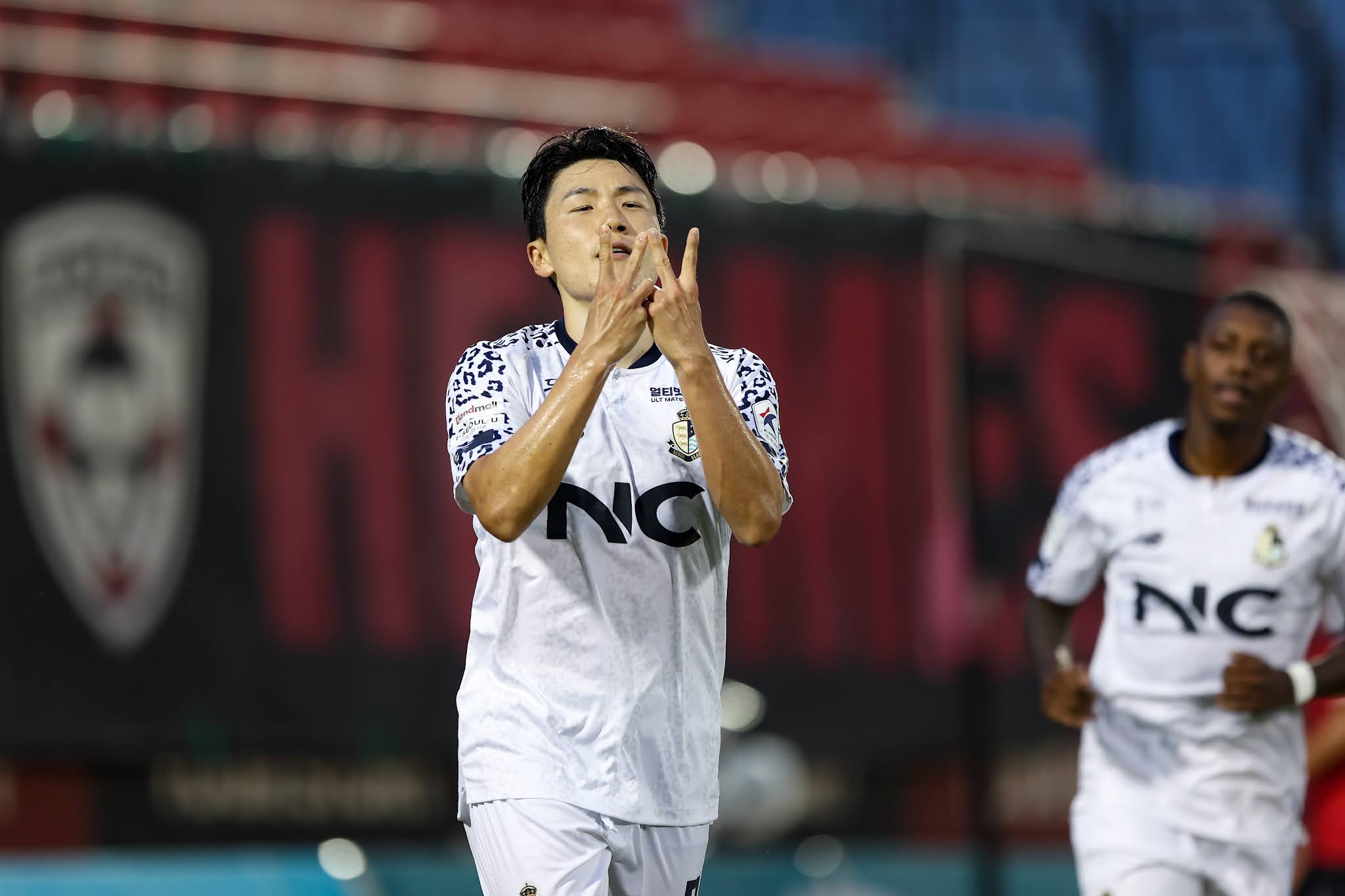 With two forwards finding top form in attack, Seoul E-Land recorded their first win in eight away to Bucheon last time out to climb off the bottom of the Hana 1Q K League 2 table. Just six points behind Gyeongnam in fifth, E-Land have further opportunity to close the gap on their rivals as they host Daejeon at Jamsil this weekend. Netting seven in their last three outings, Chung Jung-yong's focus will be on improving defensive resolve to record back-to-back league wins for the first time since March in the opening two game weeks.
[READ: "We can go straight to K League 1": Jonathan Moya]
Han Eui-gwon appears to have found his scoring boots with three in his last two while Kim In-sung is proving to be the stellar addition that many expected with the 32-year-old bagging four in seven appearances. Leandro Ribeiro remains the Leopard's creative spark, ranking first in the division in terms of assists and attempted dribbles this season. Chung's outfit enjoyed themselves in their last meeting with Daejeon as Argentinian striker Benegas bagged a brace in a 2-0 win. However, the Purples are in good form this time around having won six of their previous nine. 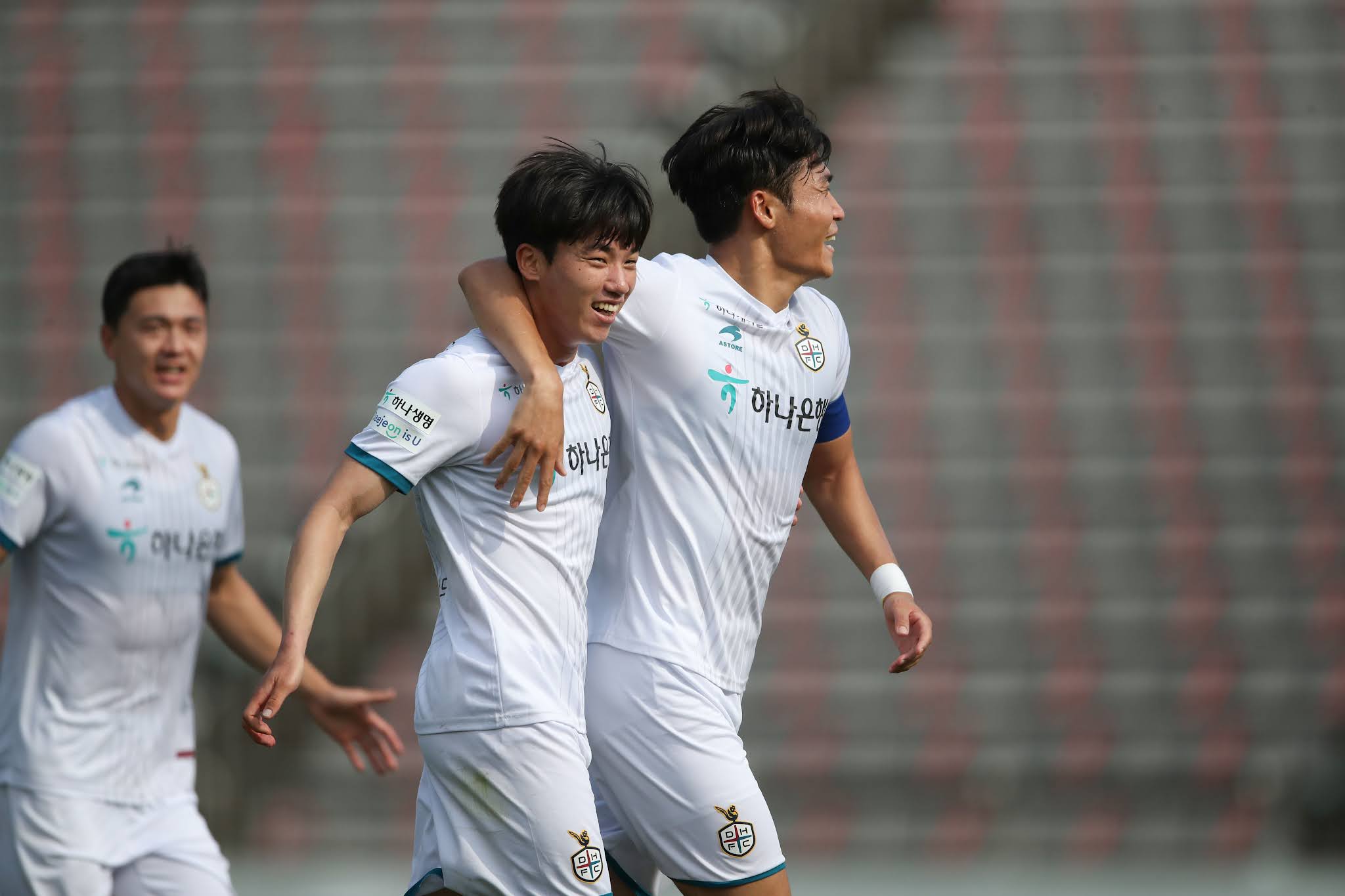 On the other side of the fence from a potentially resurgent E-Land sit Daejeon, seemingly intent on putting together a chase on current leaders Gimcheon. Having been one of the first names on the team sheet until a spell on the sidelines from July, Lee Hyeon-sik made a triumphant return to action from the bench last time out. Replacing Kong Min-hyun on 65 minutes in a crunch encounter with play-off rivals Jeonnam Dragons, former Gangwon FC midfielder Lee found space at the back post to convert Bruno Baio's low cross.

[READ: K League Internationals September 2021 Part 4]
Lee Hyun-sik has scored two match-winning goals and an equaliser this season, directly earning Lee Min-sung's side seven points in the process. He stands sixth league-wide in terms of assists and ranks in the top 25 for key passes per 90 minutes. Capable of playing on both wings or centrally, Lee has spent the majority of time out left this season contributing to a Daejeon side that rank as the most accurate crossers in the league.

Elsewhere in K League 2 Round 30

Jeonnam Dragons return to Gwangyang looking to get back to winning ways with the visit of bottom-placed Bucheon. Looking for their first win in eight, Busan IPark may have hoped for an easier fixture on paper than FC Anyang, who travel to the Gudeok looking for a repeat of their dramatic 5-4 victory there in June. Finally, Chungnam Asan and Ansan Greeners both look to ignite an unlikely late run for the playoffs as they face off on Sunday. 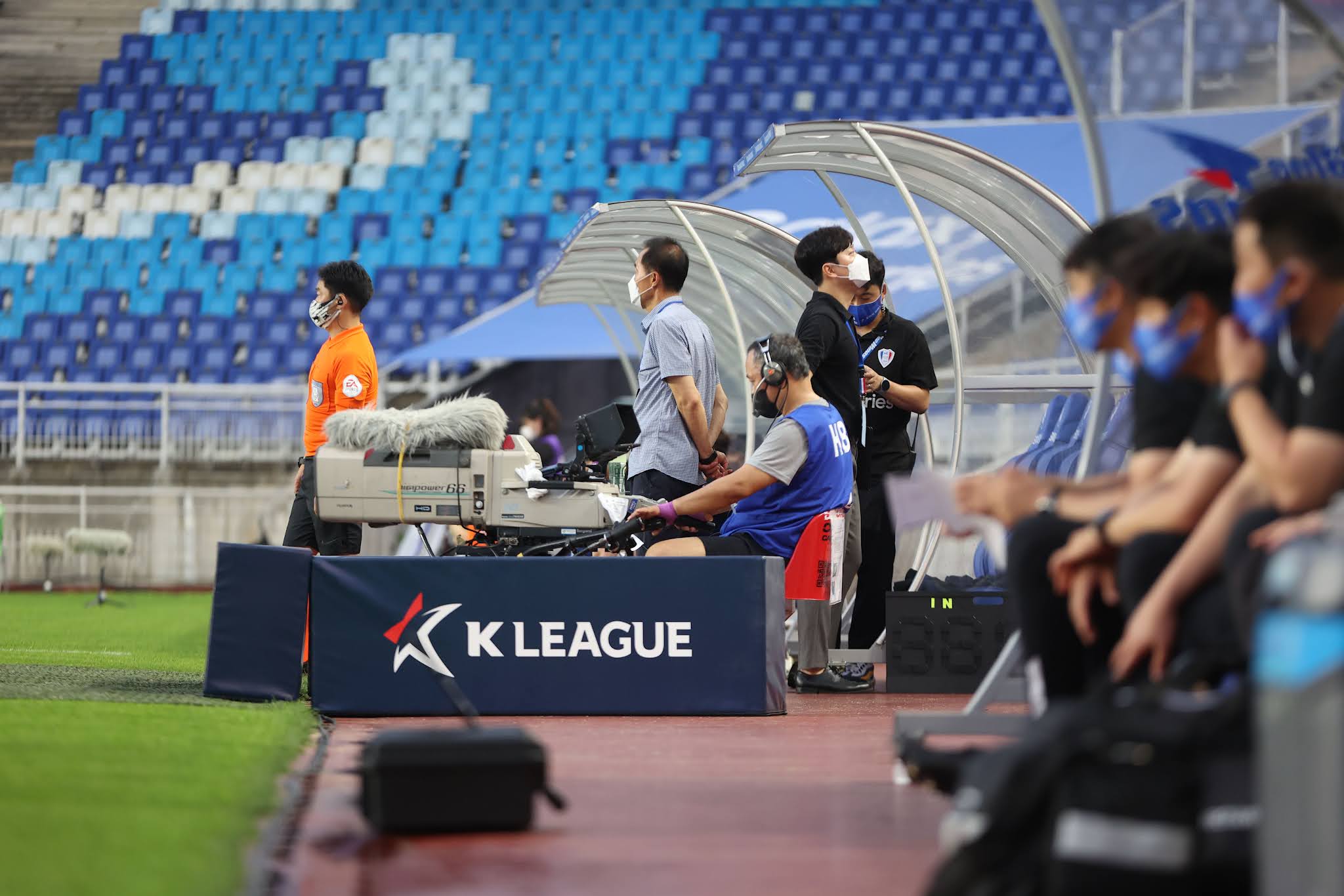