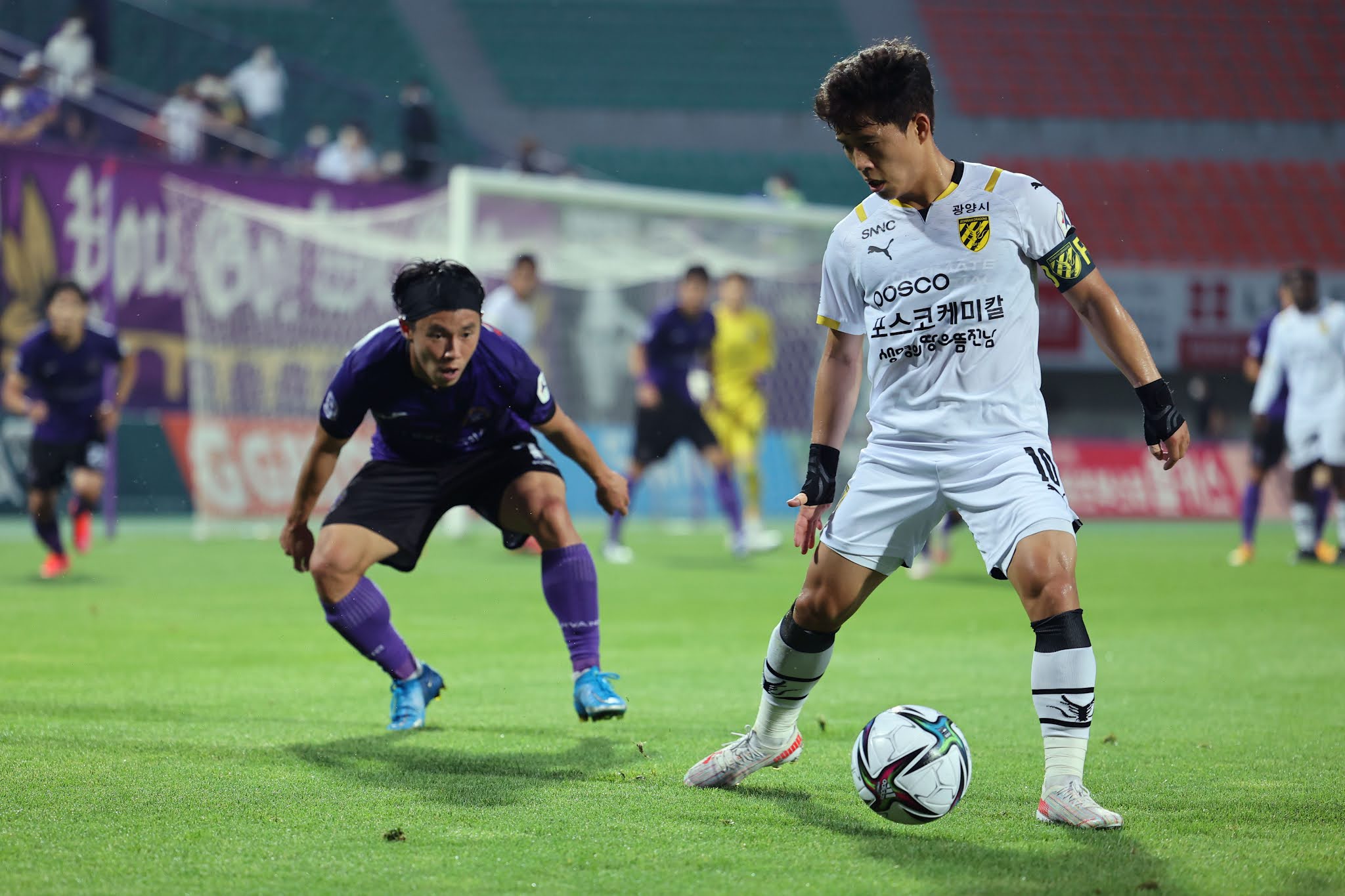 Hana 1Q K League 2's drama shows no signs of abating as we are treated to another clash between two sides chasing promotion with Jeonnam Dragons travelling to FC Anyang. Ansan Greeners will look to halt the force of Kim Tae-wan's irrepressible Gimcheon Sangmu, while Busan IPark hope their creative prowess can propel them towards a late push for the playoffs. 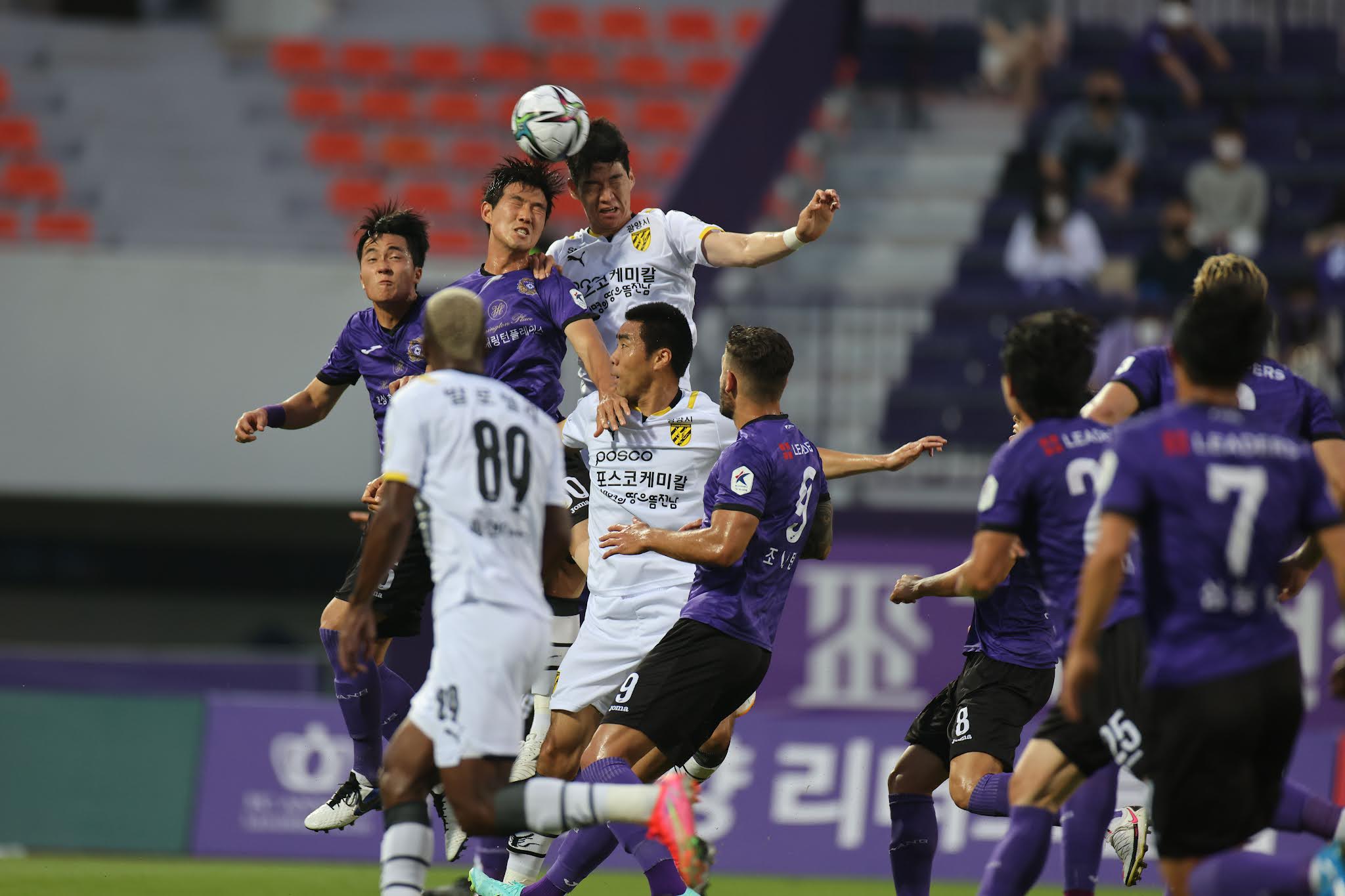 Spearheaded by Costa Rica ace Jonathan Moya, FC Anyang suffered their first defeat in nine last time out at the hands of their local rivals Ansan Greeners. Back on home soil for their next three fixtures, they host a Jeonnam side who boast an incredible away record stretching back well into last season. Lee Woo-hyung is a familiar face to stalwart fans in Anyang and this season has a host of experienced players performing to their full potential. Marshalled at the back by K League 2 stalwart Nilson Júnior and the returning Baek Dong-gyu, Anyang have demonstrated their know-how with two victories away at Jeonnam this season.
While form has been inconsistent in Gwangyang, Jeonnam are a fearsome prospect on the road. Unbeaten all season before their loss in Daejeon a couple of weeks ago, Jeon Kyoung-jun's side boast the striking talents of Jonathan Balotelli up front. With Anyang and Gimcheon Sangmu to play in the next few fixtures before an FA Cup semi-final tie with Asian Champions Ulsan Hyundai, Jeonnam's season will be defined by a jam-packed October schedule.
[READ: "We can go straight to K League 1": Jonathan Moya] 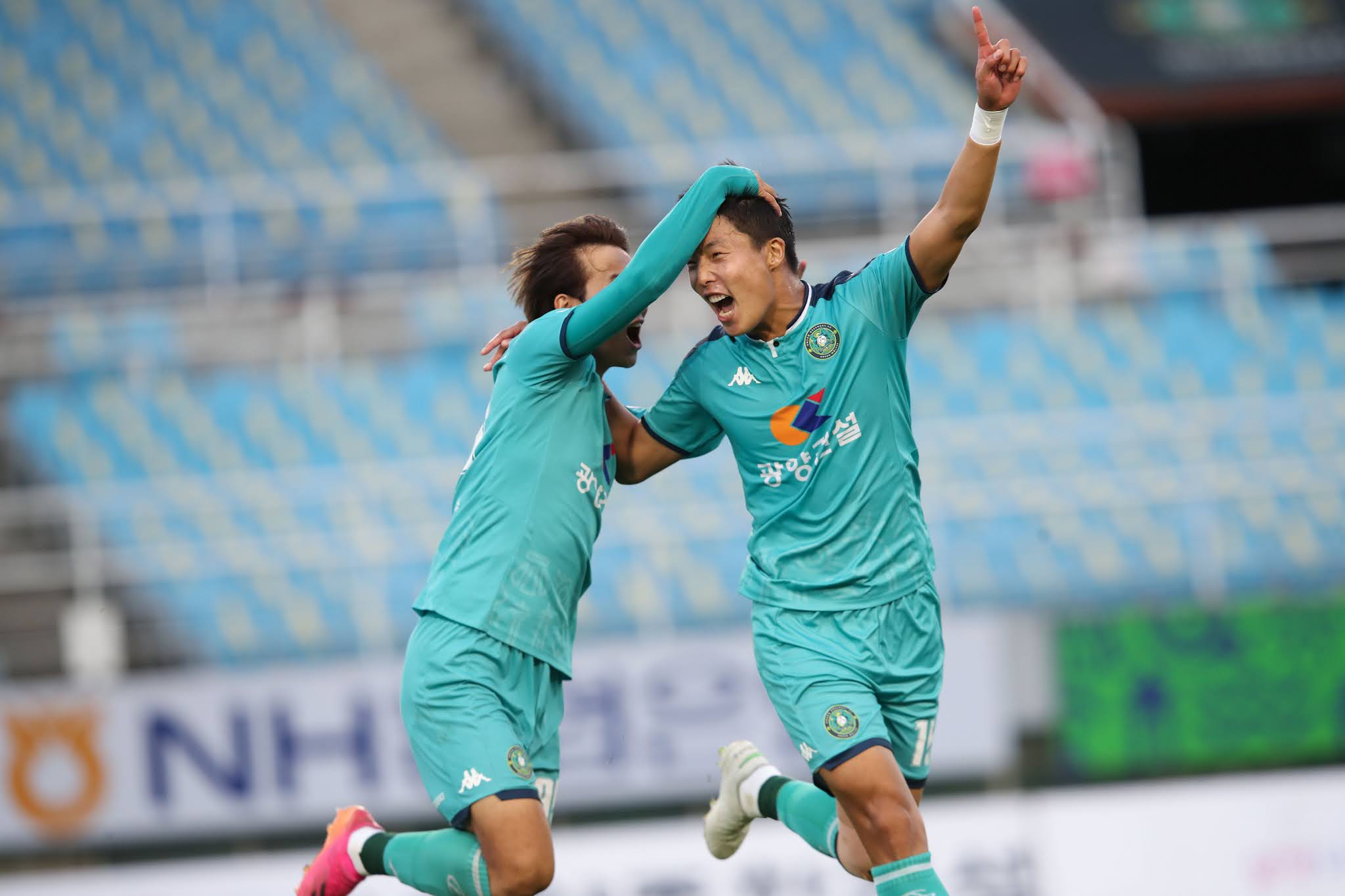 Tasked with stopping the increasingly impressive Gimcheon this week are Ansan Greeners. On the back of a morale-boosting 1-0 victory over Seoul Subway Line Four neighbours Anyang, Ansan will look to improve on their last two meetings with the current leaders that saw them concede four goals without reply. Saturday offers the Green Wolves the chance to record three straight wins for the first time since 2019, whereby Ansan defeated soon-to-be crowned champions Gwangju FC.
Ansan started off their 2021 season with a win over Anyang and repeated the feat thanks to Song Joo-ho's second goal of the season. While Róbson Duarte continues to show his value in the Korean second tier, his compatriot Canhoto also bagged in Ansan's previous outing on the road. Neutrals can expect plenty of goalmouth action this weekend with both Gimcheon and Ansan both ranking in the top half in K League 2 for expected goals. Against a rampant and in-form Gimcheon side that dominate possession, Ansan will need defender Yeon Je-min to be on top form, currently ranking seventh in the division for success in aerial duels. 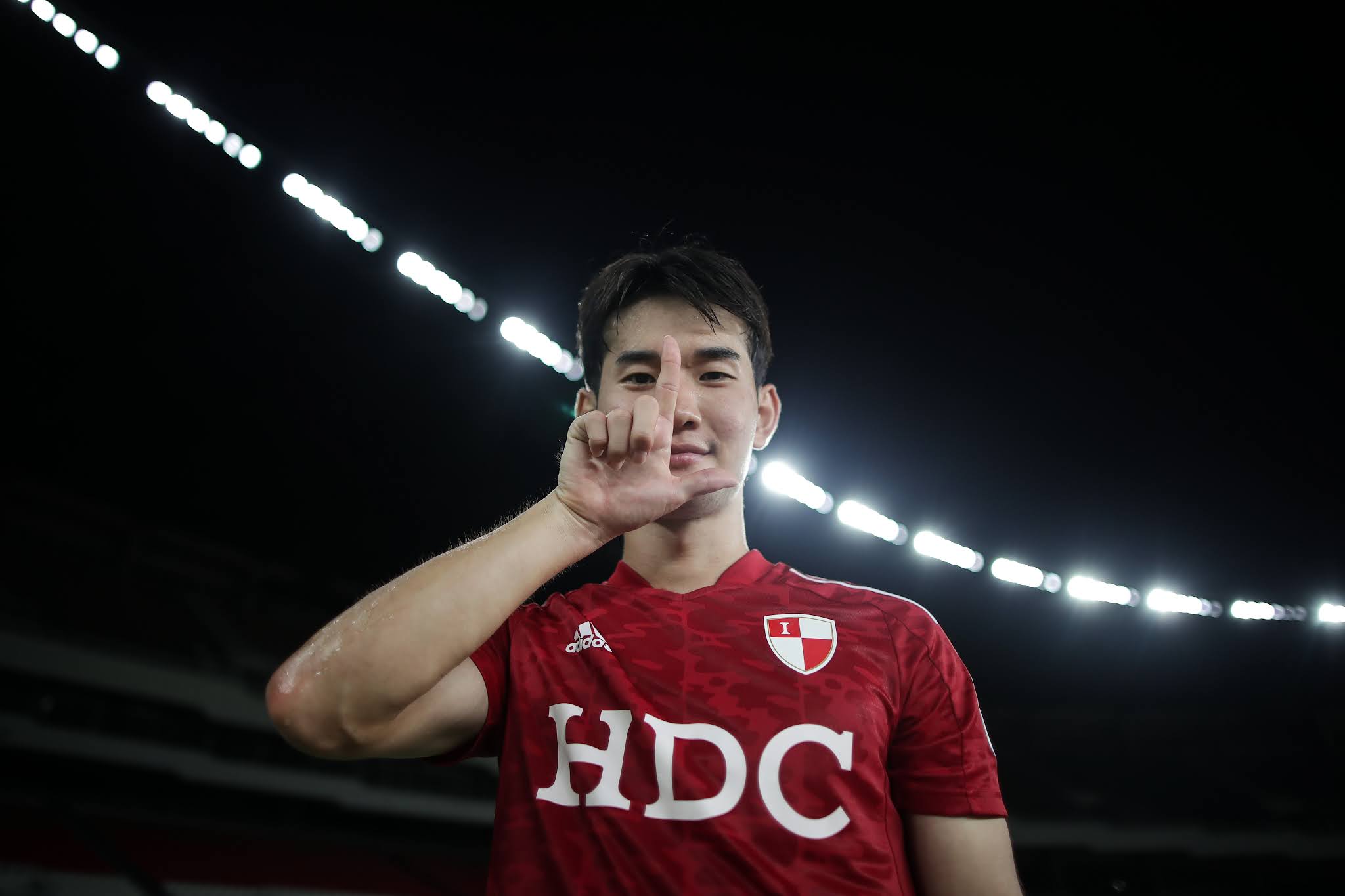 Tokyo 2020 Olympian Kim Jin-kyu is highly regarded as one of the most progressive midfielders in K League 2. 24-year-old Kim opened the scoring at Jamsil last time out as Ricardo Peres' as Busan won their first game in 10 attempts. Netting his fourth of the season, Kim has also displayed his creative side in the league this season, standing as the most accurate passer of through balls by quite a margin.
Playing all across the central midfield this season, Kim is now into his seventh season amid Busan's first team squad bouncing with them between the top two tiers. This weekend, Busan look for a much-needed boost of consecutive wins as they welcome Chungnam Asan to the Gudeok Stadium. Sitting fifth and travelling to fourth-placed Jeonnam Dragons in October, Busan are by no means out of the play-off race with seven-point gap to close in the remaining five games.

Elsewhere in K League 2 Round 29

Hana 1Q K League 2 boasts another game sandwiched between the top mentioned above. On Saturday afternoon Gyeongnam travel to Jamsil to take on Seoul E-Land on the back of their last-gasp victory at Bucheon last time out. Claiming their first win in six, Seol Ki-hyeon's in-form striker Hernades bagged his tenth of the season in the 95th-minute to seal all three points.
Looking to bounce back from defeat at Gimcheon last weekend, Daejeon Hana Citizen return to home soil for their next two games, starting with the visit of Bucheon on Sunday. Winning just one of their previous five, Lee Min-sung's side will want to solidify defensively while they seem to have no problem scoring at the other end as they look to close in on securing a play-off place.

K League 2 Table through Round 31 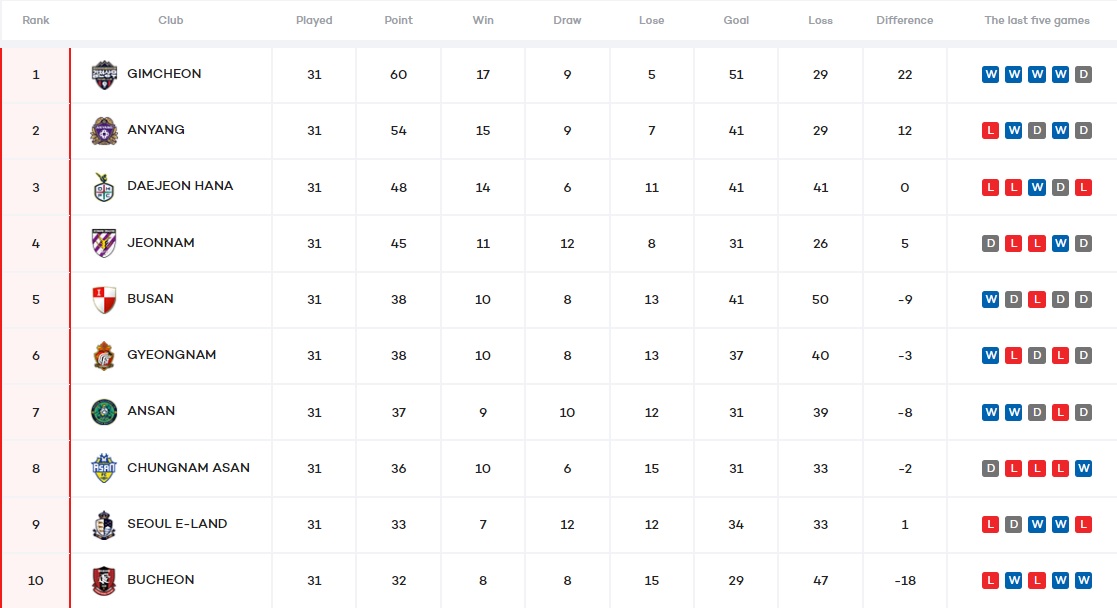 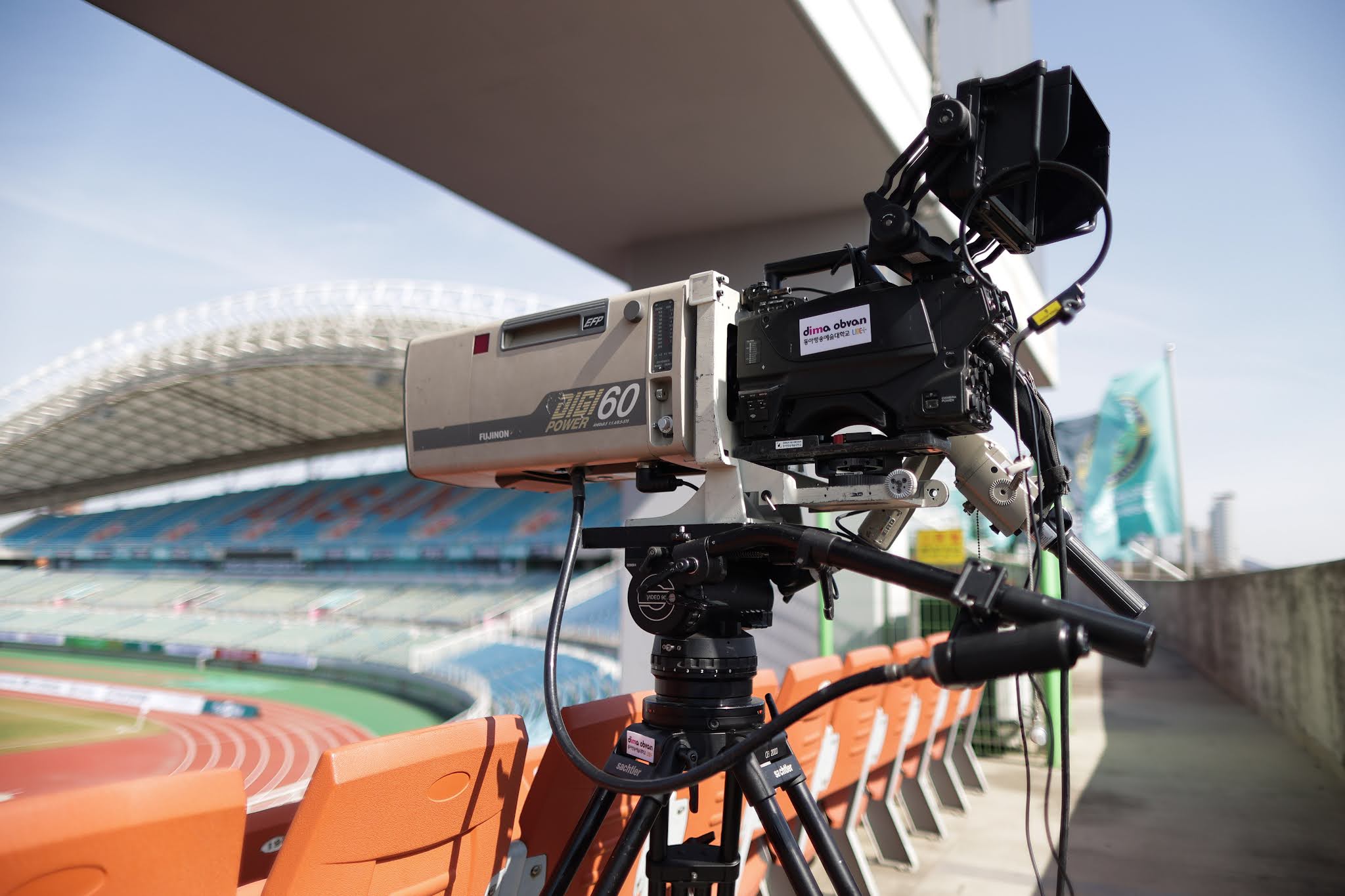