"We're taking it one game at a time": Gimcheon Sangmu's Park Dong-jin 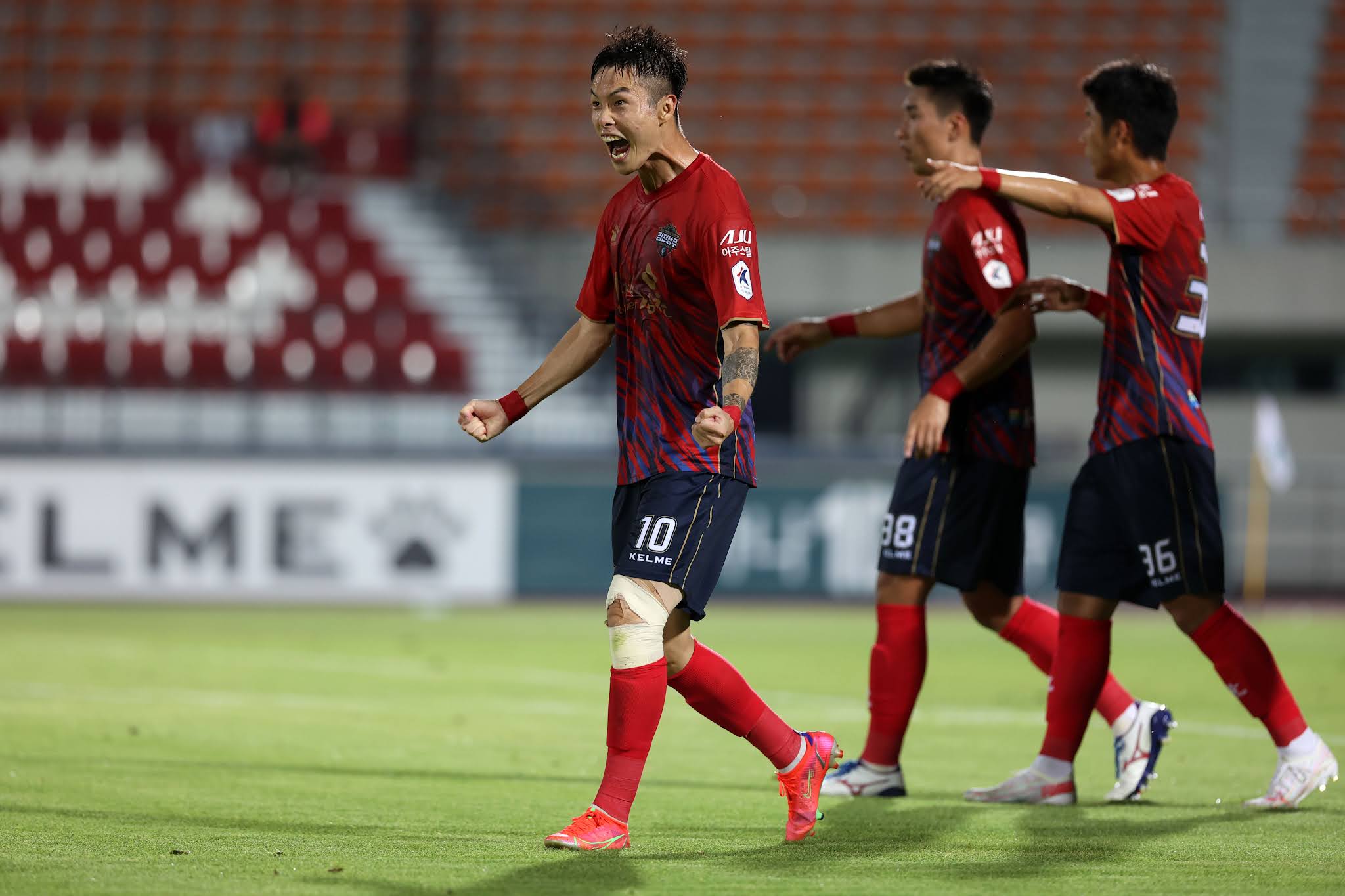 Gimcheon Sangmu striker Park Dong-jin says that the whole team is brimming with confidence but that the players will take it one game at a time in their bid to win the 2021 Hana 1Q K League 2 title. The on-loan FC Seoul man sat down with KLeague.com for an exclusive Q&A.

Q: How would you assess how the season has gone so far?

A: “Because it isn't finished yet maybe the fans will be able to assess how we did at the end of the season.”

Q: You are playing as a striker now, has this time in K League 2 helped you learn this position a bit more?

A: “My personal opinion is that, although K League 2 players aren’t at as high of a level as K League 1, K League 2 is rougher and wilder, so I think it helped me a lot in that aspect (of my game). There is still a lot more for me to learn but because I have good teammates, I think I will be a better striker when I go back to FC Seoul."

Q: What was behind the change from being a defender to a striker?

A: "At that time (2019), there were a lot of injuries among our strikers and so I was used in that position. Choi Yong-soo thought that I looked like a striker."

Q: Did you set yourself any goal targets before the season started?

A: "My target was to win promotion and stay injury-free."

Q: How confident are you of winning the K League 2 title?

A: “Not just me but all the players are brimming with confidence. But, you can’t win just with confidence alone. We will take it one game at a time and do our best to make sure we win the title.”

Q: Manager Kim Tae-wan has done a fantastic job with Sangju and Gimcheon, what is he like to work with?

A: "At Sangmu, I don’t think there is another manager who could replace Kim Tae-wan."

Q: How difficult is it to watch what’s happening at FC Seoul while you are away and cannot do anything to help?

A: “Because it’s FC Seoul, I think the team will get through it.”