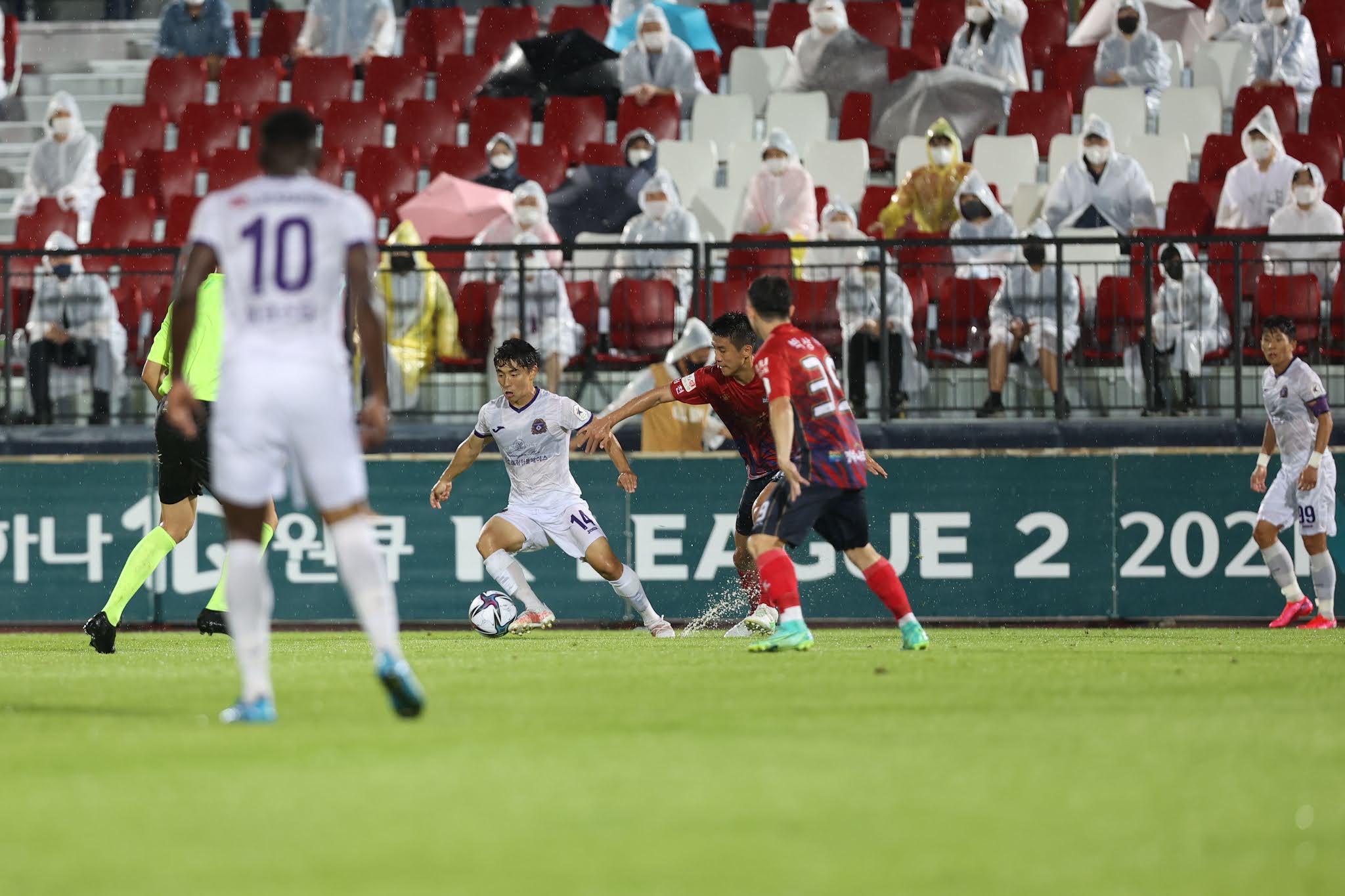 In Round 33 of the 2021 Hana 1Q K League 2 season, FC Anyang host Gimcheon Sangmu in a title decider, Busan IPark take on Bucheon FC 1995 looking to keep their playoff hopes alive, and Daejeon Hana Citizen's Ishida Masatoshi will be looking to make it two goals against his former employers Ansan Greeners when the two sides meet this Sunday. 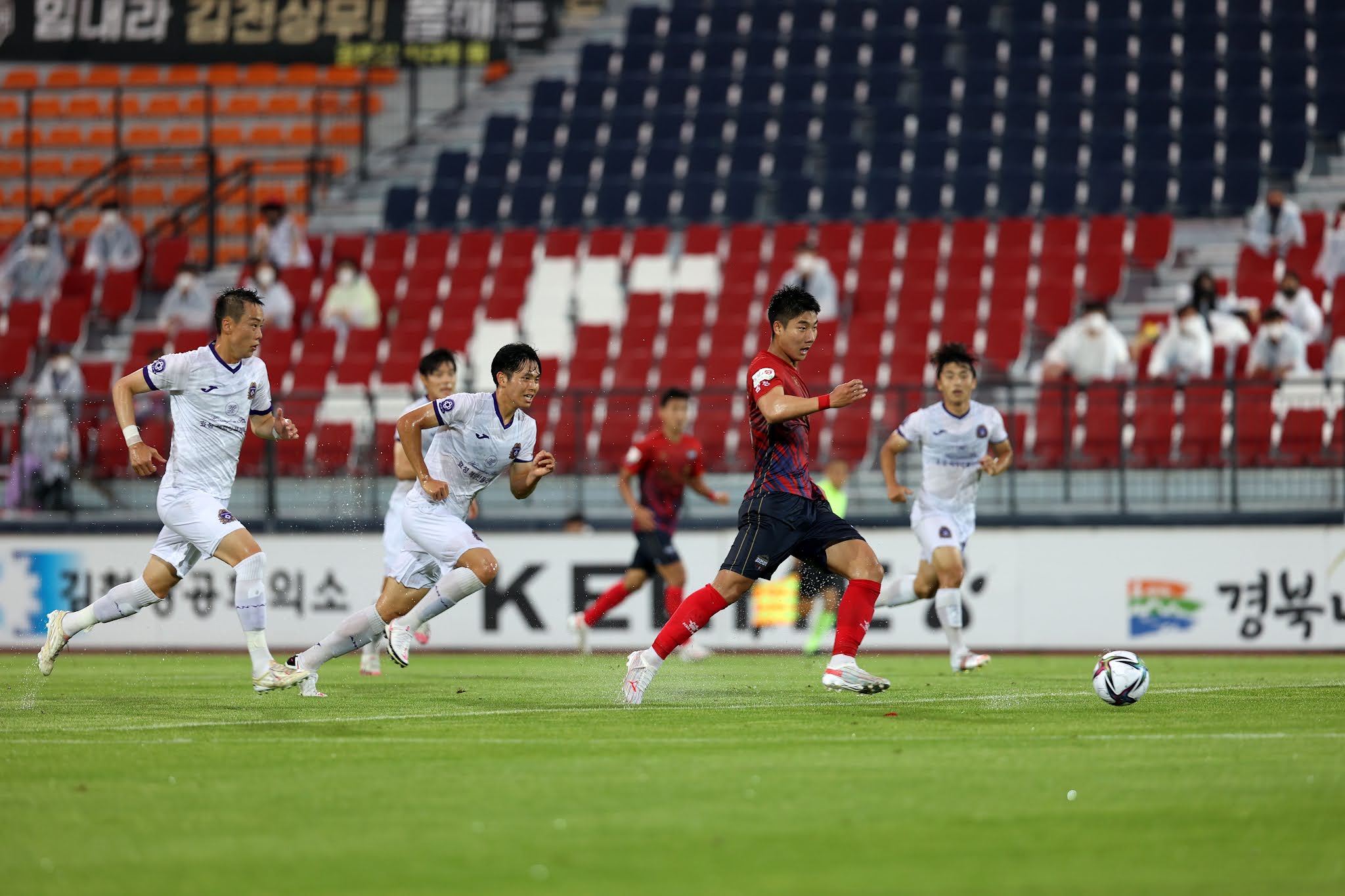 In a match that could decide the K League 2 title, FC Anyang in second place host league leaders Gimcheon Sangmu this Saturday. The latter hold an eight-point lead over the former meaning that a win for Gimcheon Sangmu, with three more games to go thereafter, would seal the title and an instant return to the top flight for the army side. Gimcheon are on a run of five straight victories and are unbeaten in their last eight matches, helped by a 1-0 win over Ansan Greeners last time out - Park Dong-jin with the match winner. Anyang, meanwhile, have come unstuck in their last two outings, losing 1-0 to Ansan Greeners in the final Line 4 Derby of 2021 before a 1-1 draw with Jeonnam Dragons last time out. The man who gave the Violets the lead in said draw with the Dragons, leading marksman Jonathan Moya, is unavailable due to being called up to the Costa Rica squad.
However, if Gimcheon are to seal promotion this weekend, Kim Tae-wan's men will have to do something that they have been unable to do so far this term - beat Anyang. The most recent meeting from July ended in a 4-2 Violets win and the first two encounters of 2021 ended in 0-0 draws. Watch FC Anyang versus Gimcheon Sangmu live on K League TV.
[READ: "We're only thinking about automatic promotion": Kim Tae-wan] 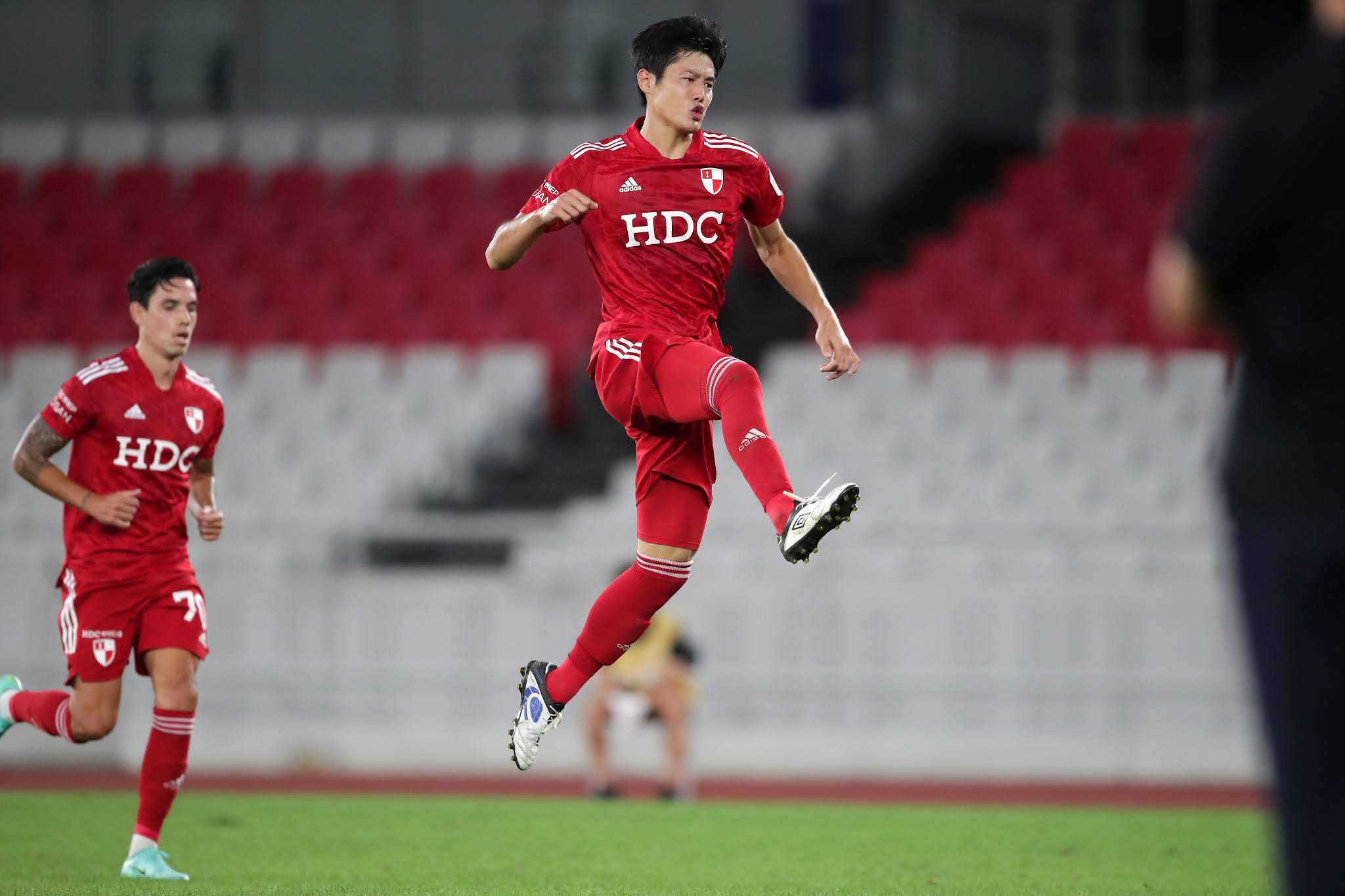 Two wins on the spin and unbeaten in three, Busan IPark are now just five points off the playoffs. Back-to-back 2-1 wins, both with goals from K League 2 top scorer An Byong-jun, means that the Royals are beginning to find form again at the right time of the season. But, with just four matches to go, time is of the essence if Ricard Peres and his men are to sneak into the top four. Just a few weeks ago, the gap between fourth and the playoff-chasing pack was as wide as nine points after Round 27, Busan were 10 points adrift. The Royals are buoyed by the goal-scoring prowess of An Byong-jun who last weekend bagged his 21st of the season. With goals in draws or wins, An has helped Busan earn 18 more points. An has scored two against Bucheon already this season. 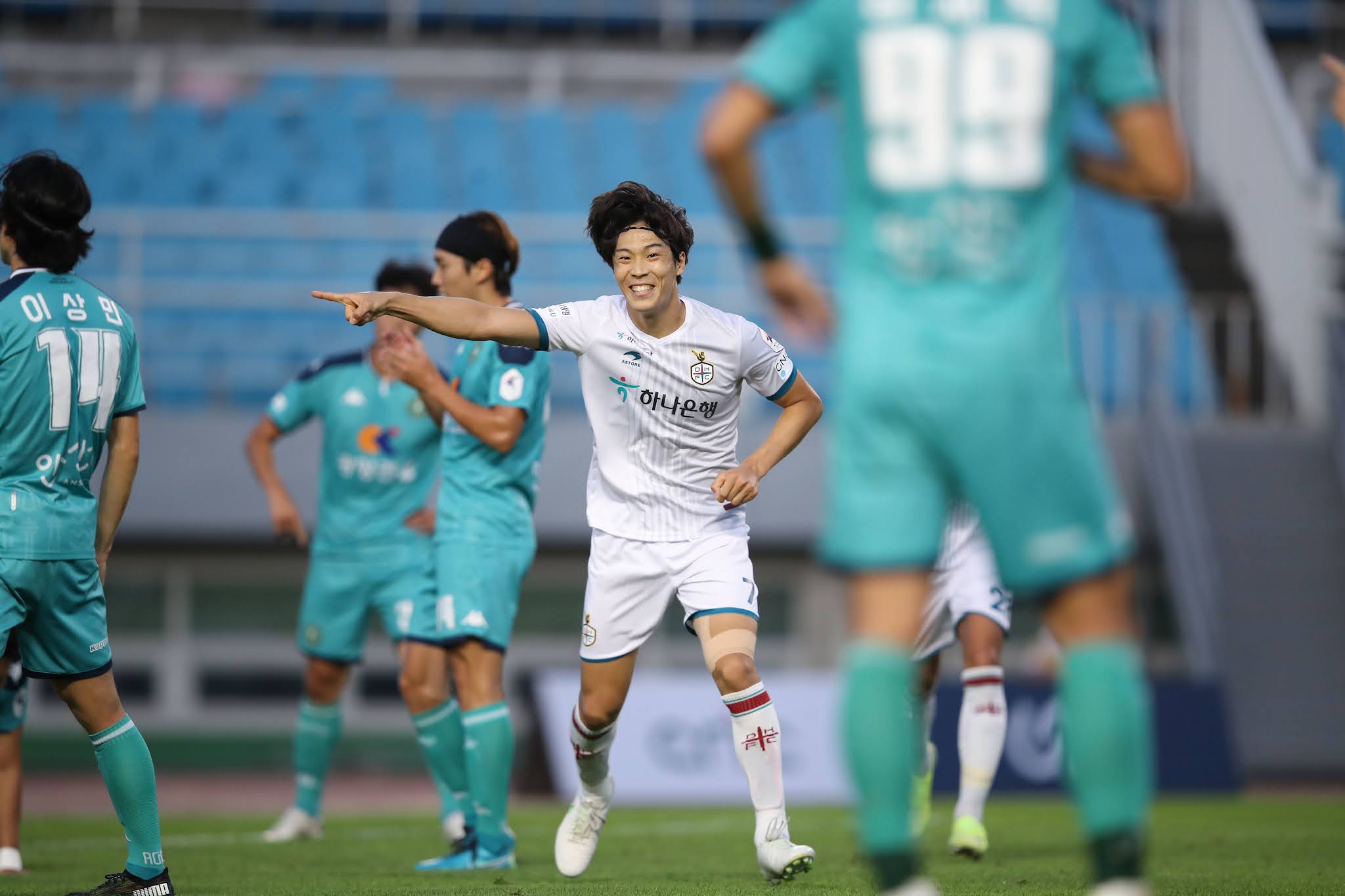 Ishida Masatoshi, or "Masa" as he is known in K League, fired in a late, late penalty for Daejeon last time out to see the Purples salvage a draw at home to Bucheon FC 1995. The point earned meant that Daejeon's cushion over fourth place remains at three points and could be crucial in clinching home advantage in the playoff semifinals. It was his third goal for the club and second in three outings. This weekend, the Japanese will face Ansan Greeners, the side with which he began his K League career in 2019. The Greeners were the opposition when Masa opened his account for Daejeon too, opening the scoring in the 10th minute in a 2-0 Daejeon win. 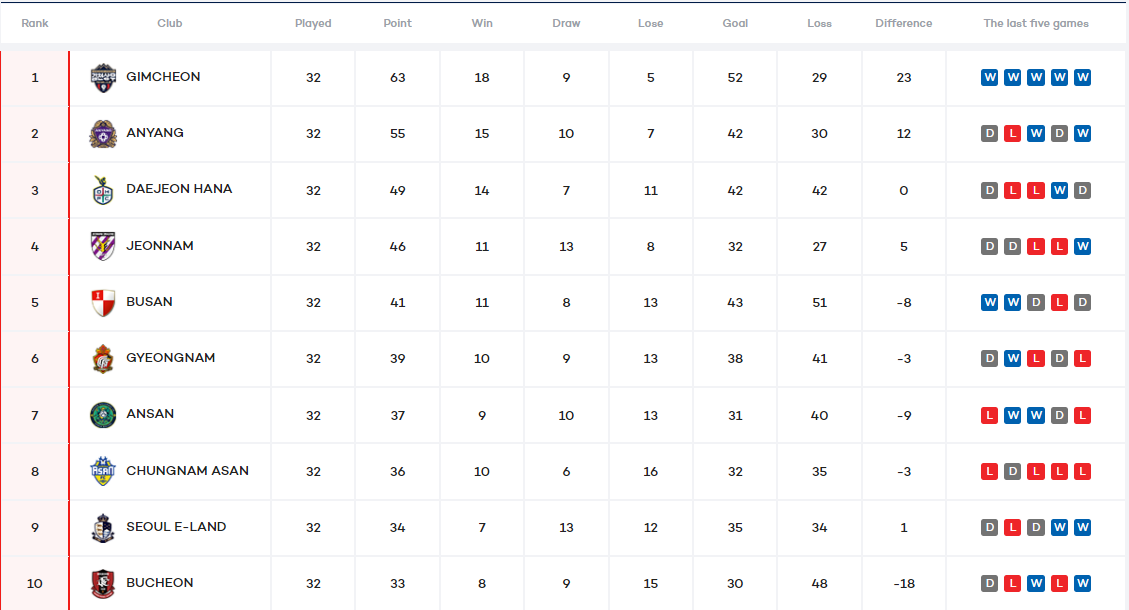 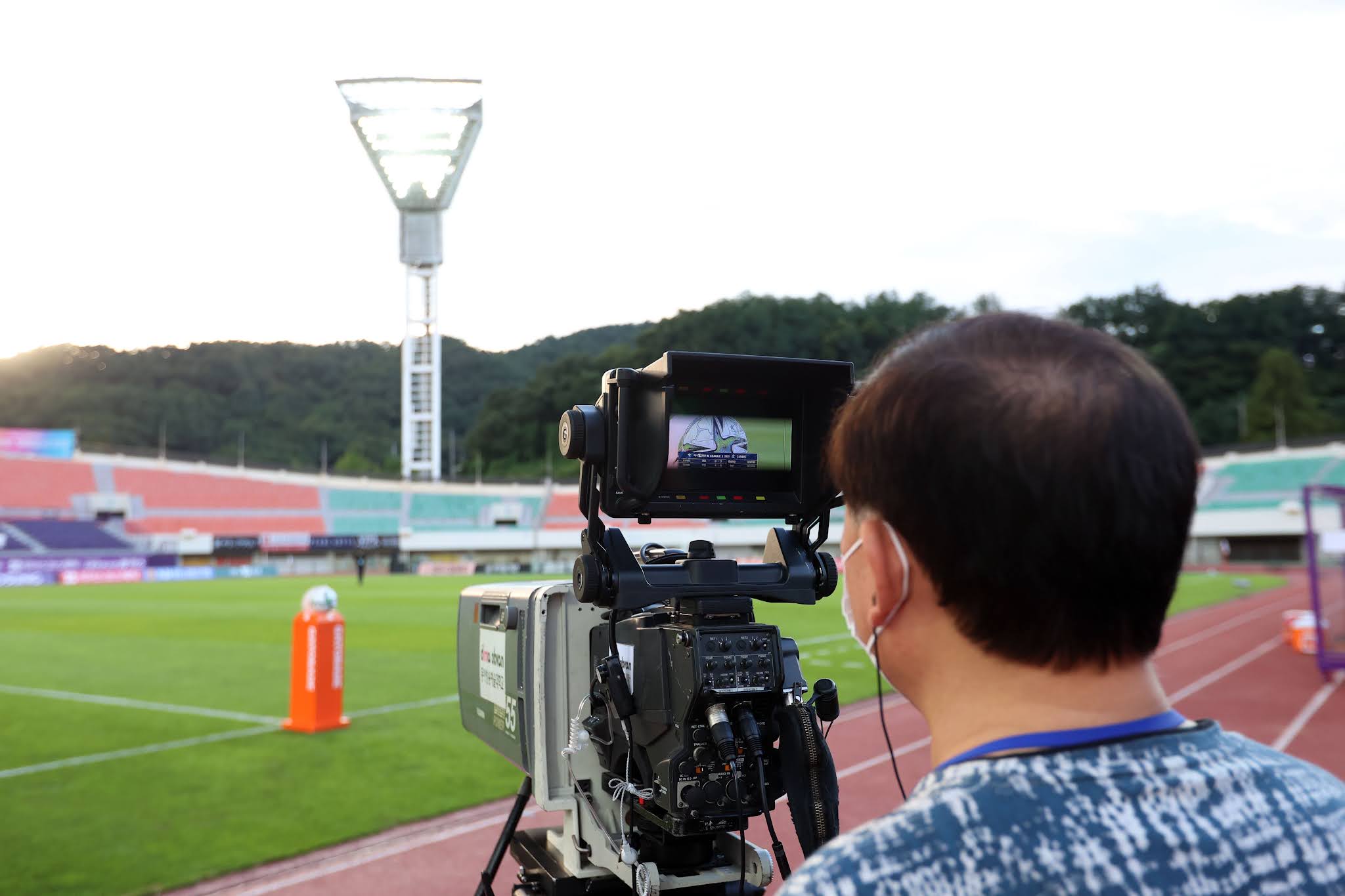