"There's one team in particular we want to beat and it's Jeonbuk": Yoon Bit-garam ACL Interview 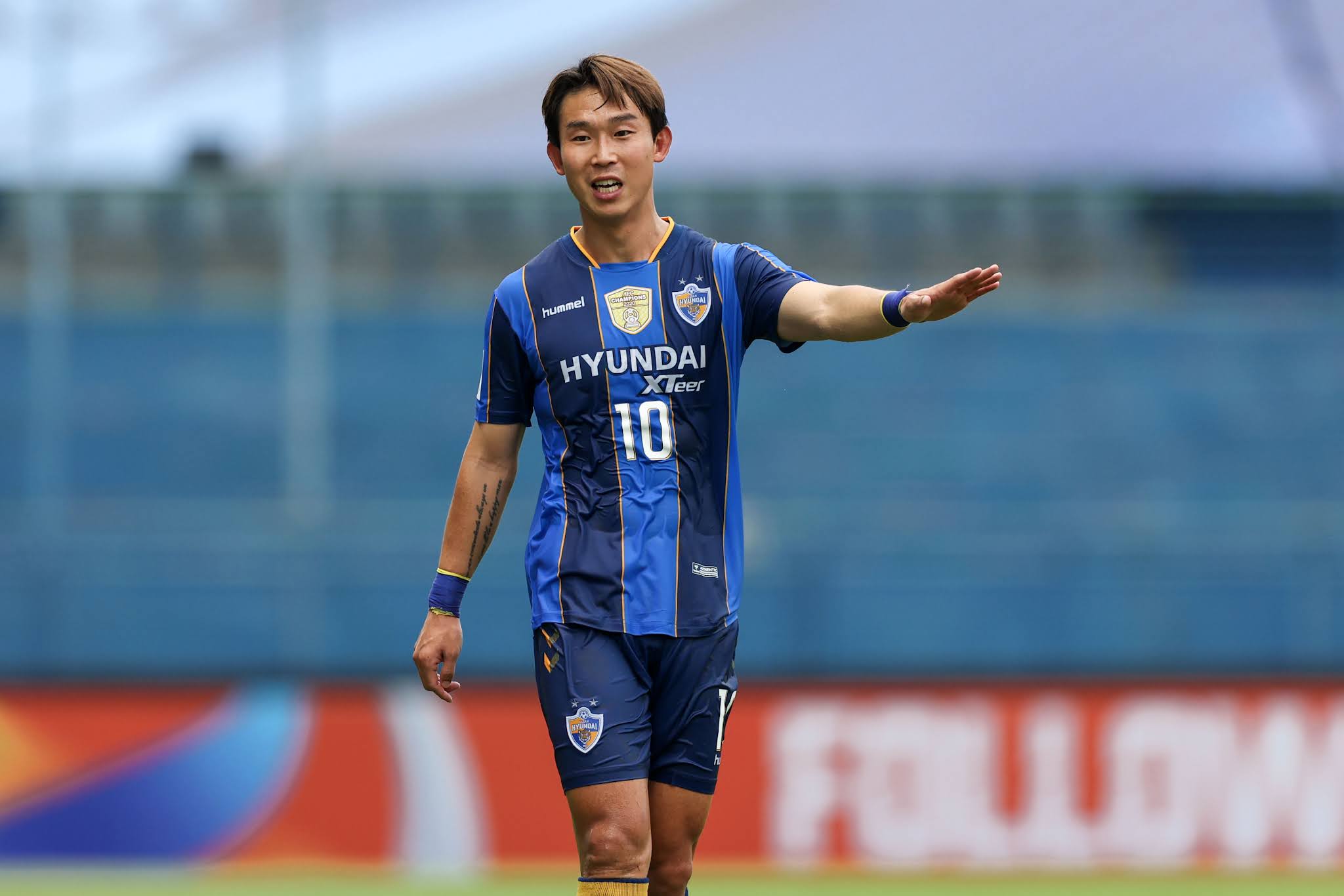 2020 AFC Champions League MVP Yoon Bit-garam says he and Ulsan Hyundai teammates will do all they can to make it back-to-back titles. The attacking midfielder also says that the Horangi are purely concentrating on the match itself, and are undeterred despite having to play Jeonbuk in Jeonju and over one leg. Yoon spoke to KLeague.com for an exclusive pre-ACL quarter-final chat.

Q: How did it feel to be named as AFC Champions League MVP last year?

A: "I was able to win the award because of my amazing teammates and while working toward personal targets and team targets at the same time. I will remember it for a long time, it has been a great motivator for me this season."

Q: What are your thoughts on facing Jeonbuk in the quarter-finals?

A: "I see it as another game in our bid to win the trophy. We approach each game with the same levels of concentration and have the mindset of simply wanting to do our best. There's a bit of history with us and Jeonbuk but we are only focusing on the 2021 ACL quarter-finals so we can pick up the win."

Q: What are your thoughts on playing Jeonbuk in their own backyard and over just one leg?

A: "It's an environment and stadium that Jeonbuk are used to, and they will have their fans there to support them which will be a disadvantage to us. But, these are things outside of the game itself, we will focus on the game and do our best to win."

A: As an attacking midfielder, what is Hong Myung-bo's system like to play in compared to Kim Do-hoon's?

Q: "Although the detailed instructions that are required because of tactical differences are different, the overall order is similar."

Q: In terms of the league, how will last year's disappointment help you go one better this time around?

A: "Many of the players who experienced finishing second in the league last year remain on the team, while some will have witnessed it. Everyone must fully understand how desperate we are to win the title."

Q: Would it be fair to say that Jeonbuk might be the hardest match you would face should you go on to reach the final?

A: "All opponents are difficult because all teams are competitive in their respective leagues. There is no one particular difficult opponent, I don't think. But there is one team in particular that we want to beat and that's Jeonbuk."

Q: What's it like fighting on multiple fronts, the K League, the Champions League, the FA Cup?

A: "I think it's important to play our game, keep doing the things that we've been doing well without repeating our mistakes. Injuries and players being called up to the national team can be a factor, but we are trying to finish the league and cup competitions strongly by focusing entirely on ourselves."

Q: Finally, how confident are you of retaining the ACL?

A: "I train with the mentality of wanting to win and I do my best to prepare myself for matches. I will do all I can to make sure I lift that trophy again.