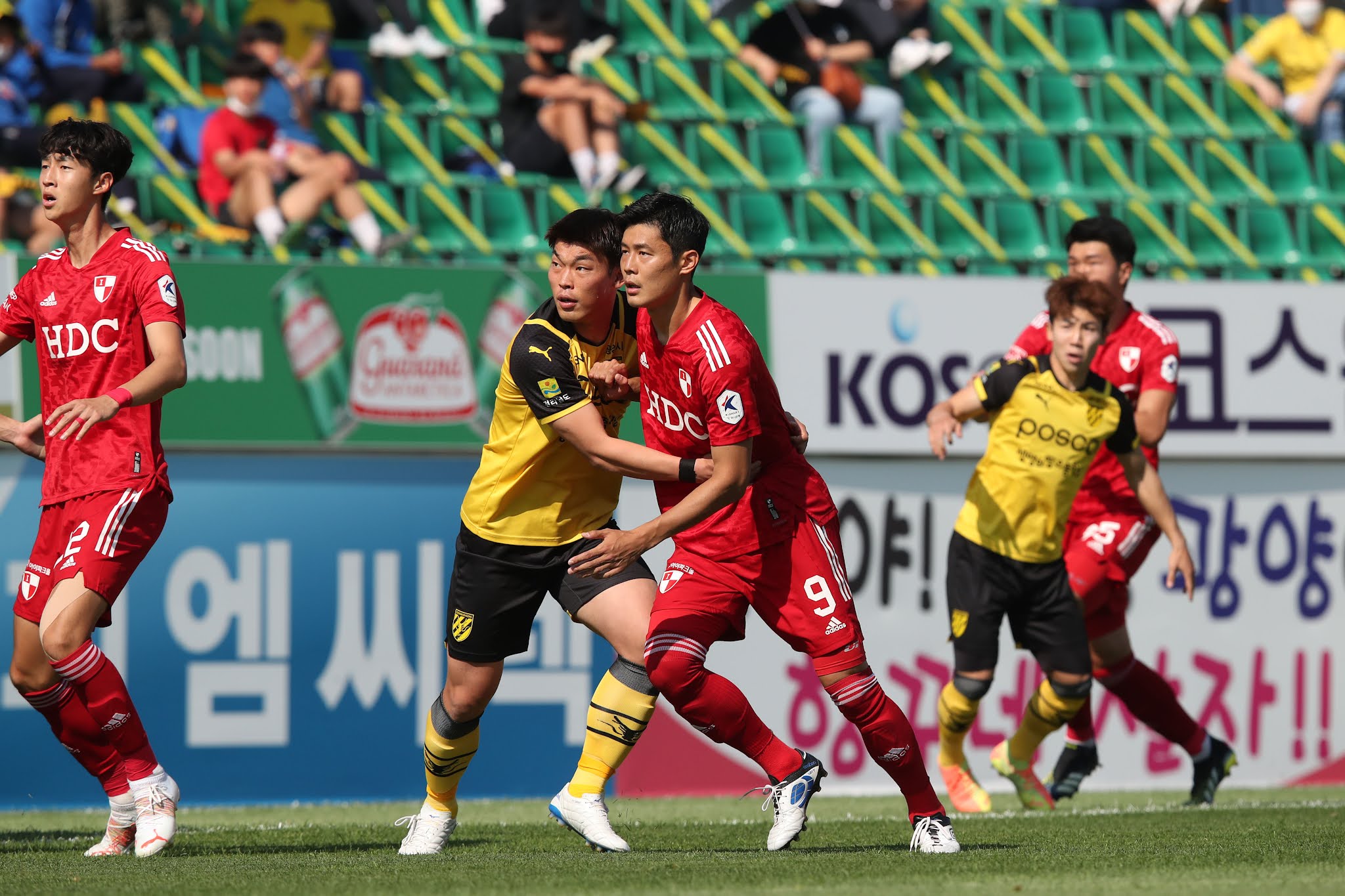 In Hana 1Q K League 2 this week: Jeonnam Dragons in fourth host Busan IPark in fifth with in a playoff six-pointer, a win for Busan would be a huge boost in their late playoff bid; a point against Bucheon FC 1995 will seal the K League 2 title Gimcheon Sangmu; and Daejeon Hana Citizen's Kong Min-hyun will be looking to add to his goal tally this Sunday when the Purples take on Chungnam Asan. 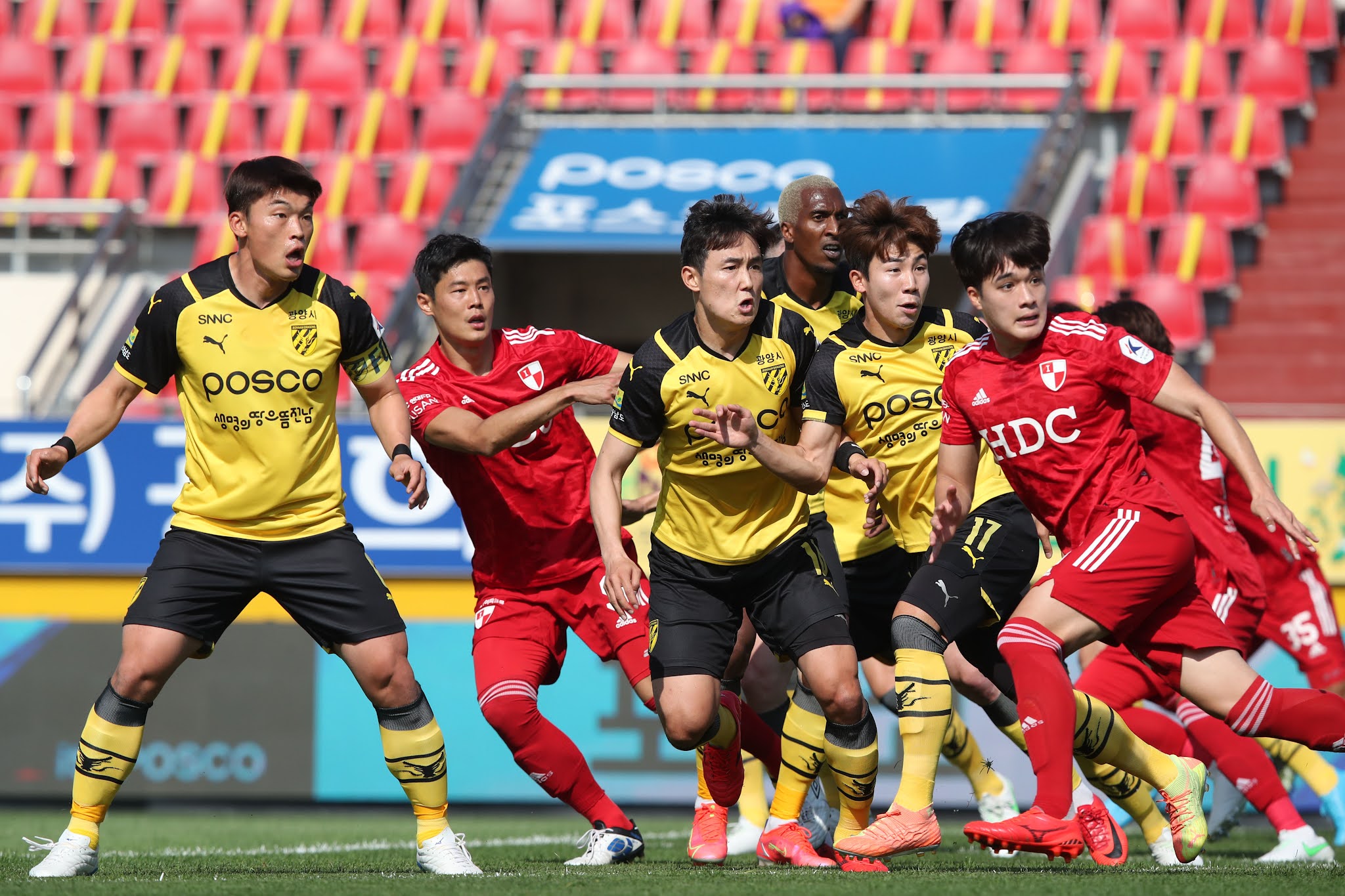 A huge and potential playoff place decider sees Jeonnam Dragons in fourth host Busan IPark in fifth this Sunday. With eight points separating the two teams and just three matches left to play this season, Sunday's clash is a must-win for Busan if they want to extend their campaign. For the Dragons, a win would seal place in the playoffs. Jeonnam welcome the Royals on the back of a last gasp win over Seoul E-Land, club captain Lee Jong-ho fired in a 95th-minute penalty to stay within three points of Daejeon in third. The victory was the Dragons' first in five matches but, glass half full, extended their unbeaten run to three matches. Busan, meanwhile, saw their three-match unbeaten run come to an end last time out, suffering a 1-0 reverse at home to Bucheon FC 1995.
An interesting, in-direct battle will be that of An Byong-jun versus Jonathan Balotelli. An is the leading scorer in K League 2 with 21 and has dispatched the most shots at 106, Balotelli is second with 67. For shots on target, An is top with 61, Balotelli fourth with 34. In terms of shots in the box, An Byong-jun is top with 70, Balotelli second with 48 and for shots outside the box, An is top with 45, Balotelli tenth. In terms of goals scored to turn defeats into draws or draws into wins, An Byong-jun has helped Busan pick up an incredible 18 points more. For Balotelli it's seven with ten goals in total but has also scored goals in wins over Gyeongnam (twice) and Ansan. The Brazilian's first goal in a Jeonnam shirt was the winner against Busan back in April, a team he spent the 2018 season with. Jeonnam have picked up two wins, Busan one from the three previous encounters this term. Both Jeonnam wins ended 1-0, Busan's 2-1 meaning that Sunday's match is likely to be a tight affair. 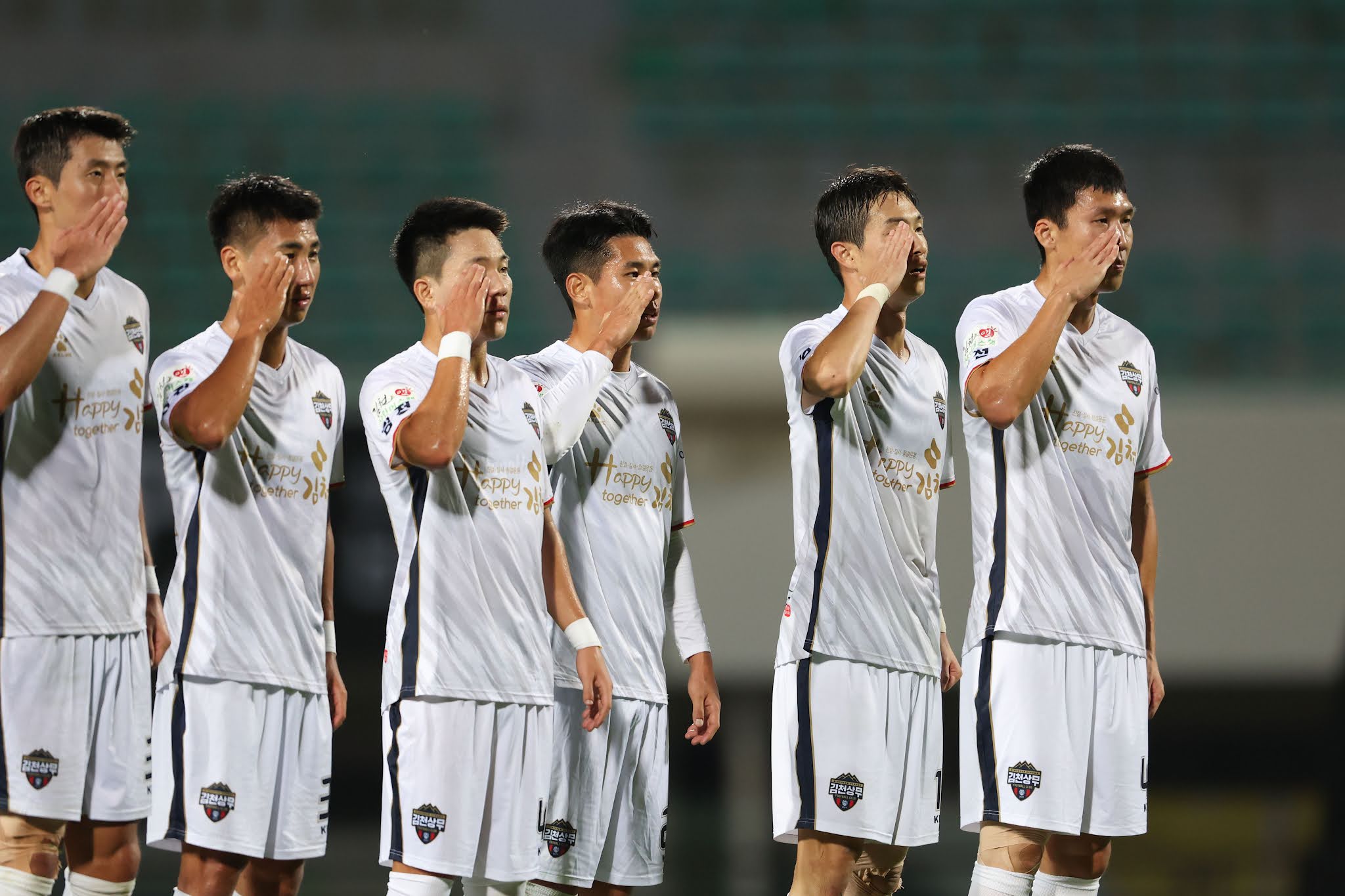 A win for Gimcheon Sangmu on Sunday against Bucheon FC 1995 seals the K League 2 title and automatic promotion. Kim Tae-wan's men thought they had the title wrapped up last weekend after finding a two-goal lead against second-place FC Anyang. However, a late fightback from the Violets meant the spoils were shared and that the Champagne would have to remain on ice for another seven days. This weekend, Gimcheon travel to the capital area to take on ninth place Bucheon FC 1995. Gimcheon's record against Bucheon this season bodes well too having picked up two wins and a draw against the Reds.
The most recent meeting was in July and ended in a 2-0 Gimcheon victory thanks to goals from Park Dong-jin and Seo Jin-su. Park was on the score sheet last time out too, netting his ninth of the season. Gimcheon are now on a run of 10 matches unbeaten. A draw wouldn't mathematically seal promotion should Anyang beat Seoul E-Land on Sunday evening, but with a difference in goals scored of 10 heading into Round 34, a draw with Bucheon would all but seal the K League 2 title for Kim Tae-wan's men.
[READ: "We're focused on nothing else but automatic promotion": Kim Tae-wan] 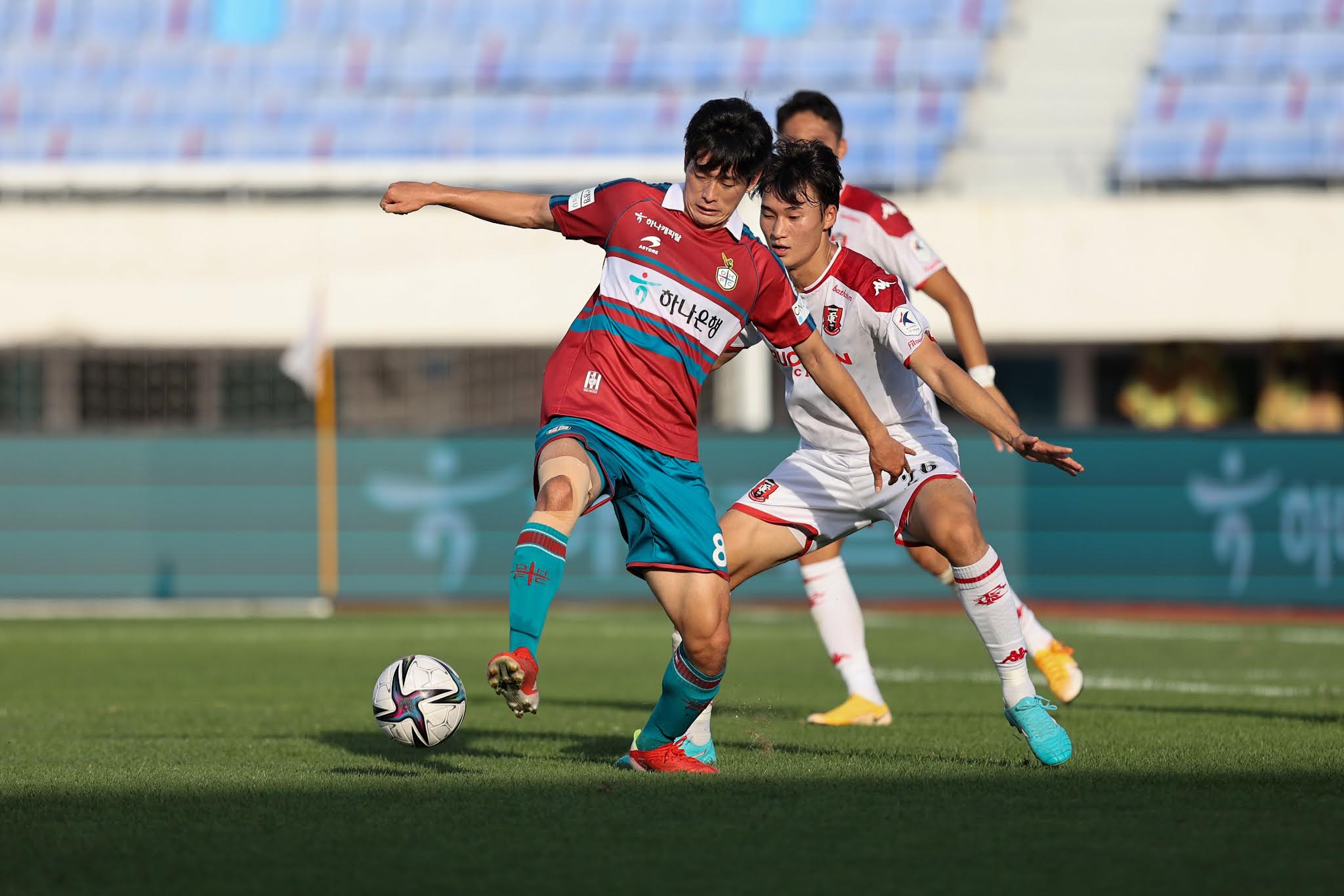 While Masatoshi Ishida will have stolen the headlines following his hat-trick in last week's 4-1 win over Ansan Greeners, Kong Min-hyun also deserves a lot of credit for his performance. The former Bucheon, Seongnam, and Jeju striker opened the scoring for the Purples after showing great determination to poke the ball home under pressure. Kong then laid on the assist for Masatoshi's first goal to make it Daejeon 2-0 Ansan. It was Kong's second goal for Daejeon but first in a game which the team had won having joined from Jeju United during the summer transfer window. Kong, along with three other Daejeon stars in Lee Woong-hee, Seo Young-jae, and Masa, was named in the K League Best 11 for Round 33. With just three matches to go, and with a playoff spot confirmed, Kong will be looked upon to score important goals for his team. 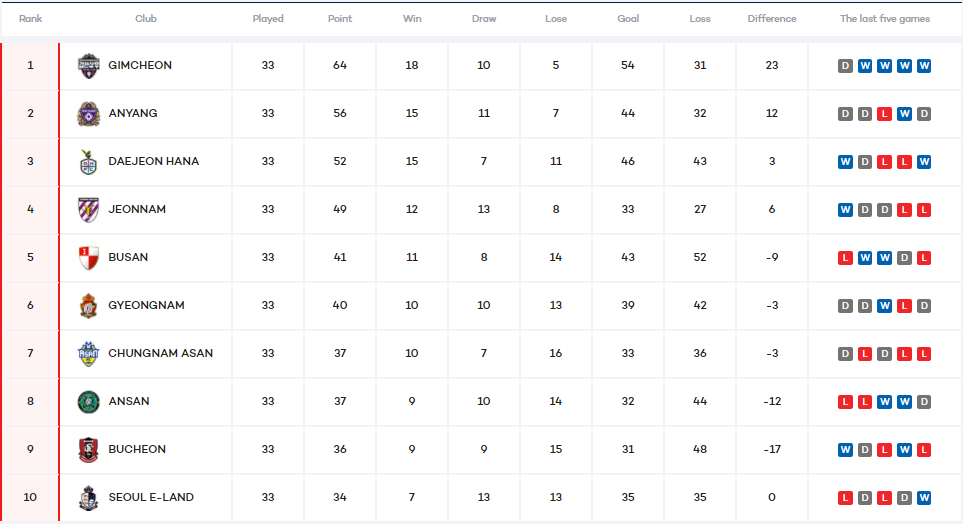 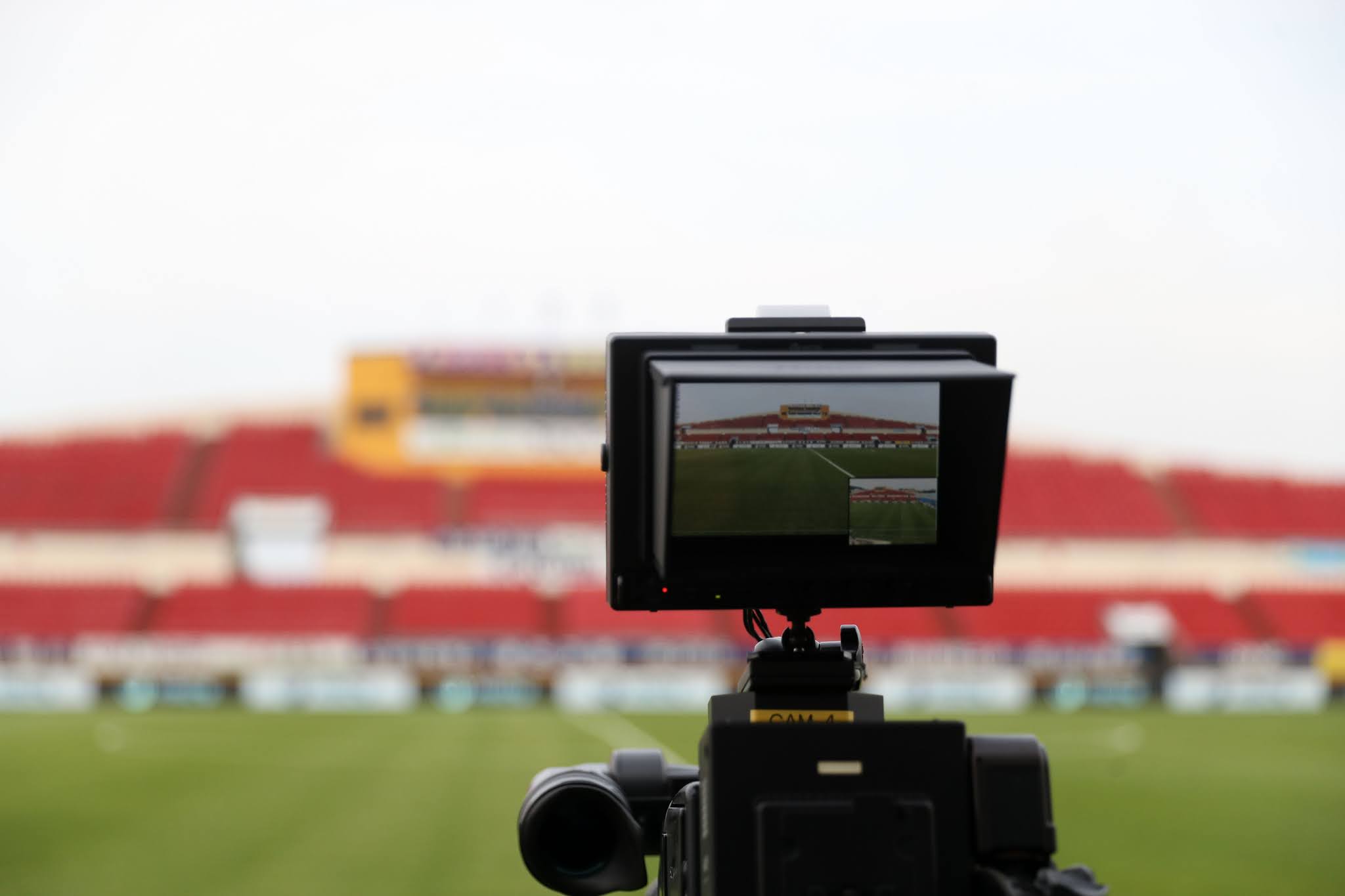 Subject to availability, K League 2 matches can be watched LIVE, for FREE and in HD on tv.kleague.com