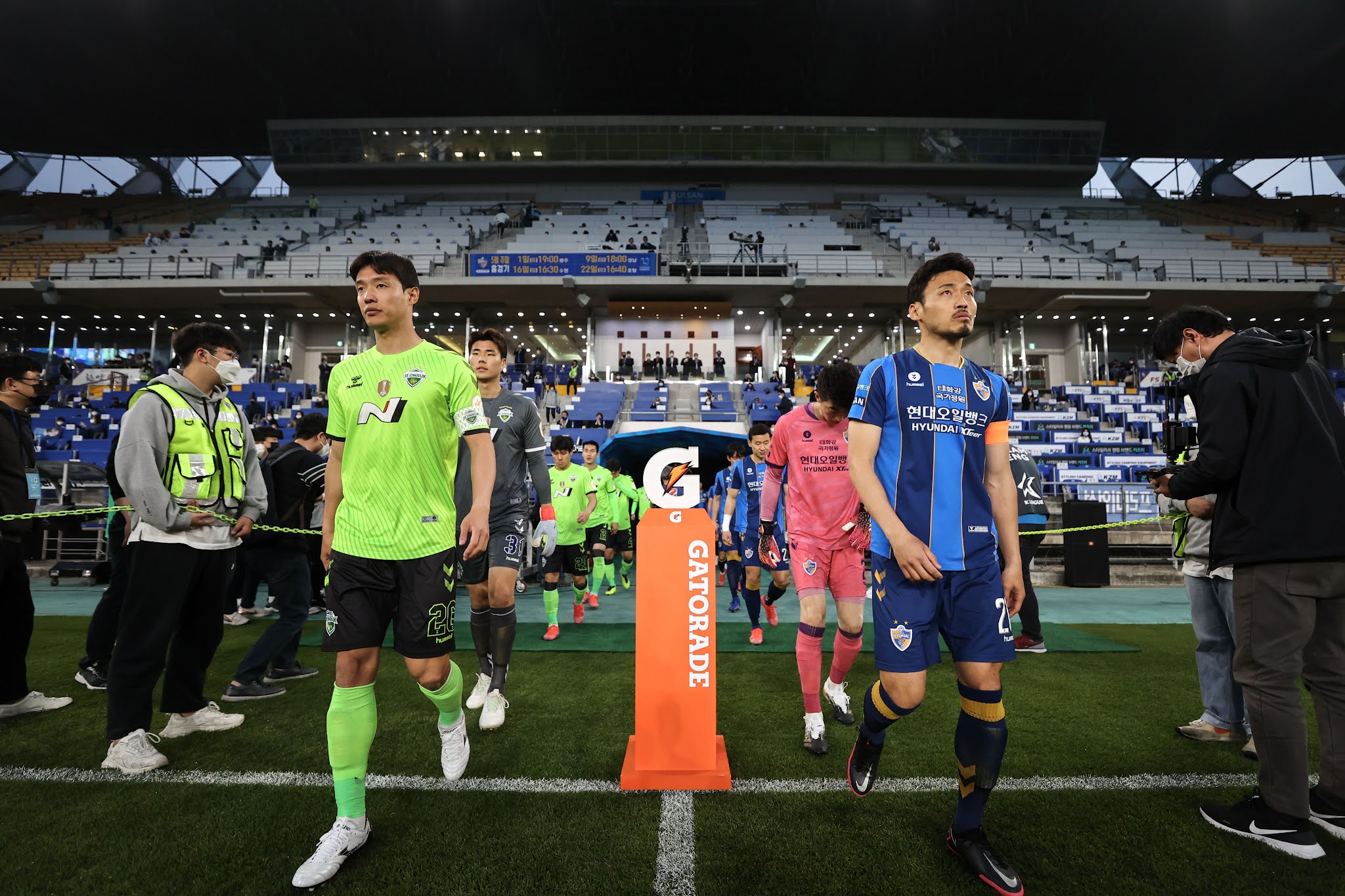 In Jeonju on Sunday three K League teams enter the AFC Champions League quarterfinals looking to book their places in the last four. Pohang Steelers take on Nagoya Grampus in the day's early kick off, hoping it's third time lucky after coming up short against the J.League side twice already this term. Later, current K League champions Jeonbuk Hyundai Motors take on the current champions of Asia, Ulsan Hyundai. 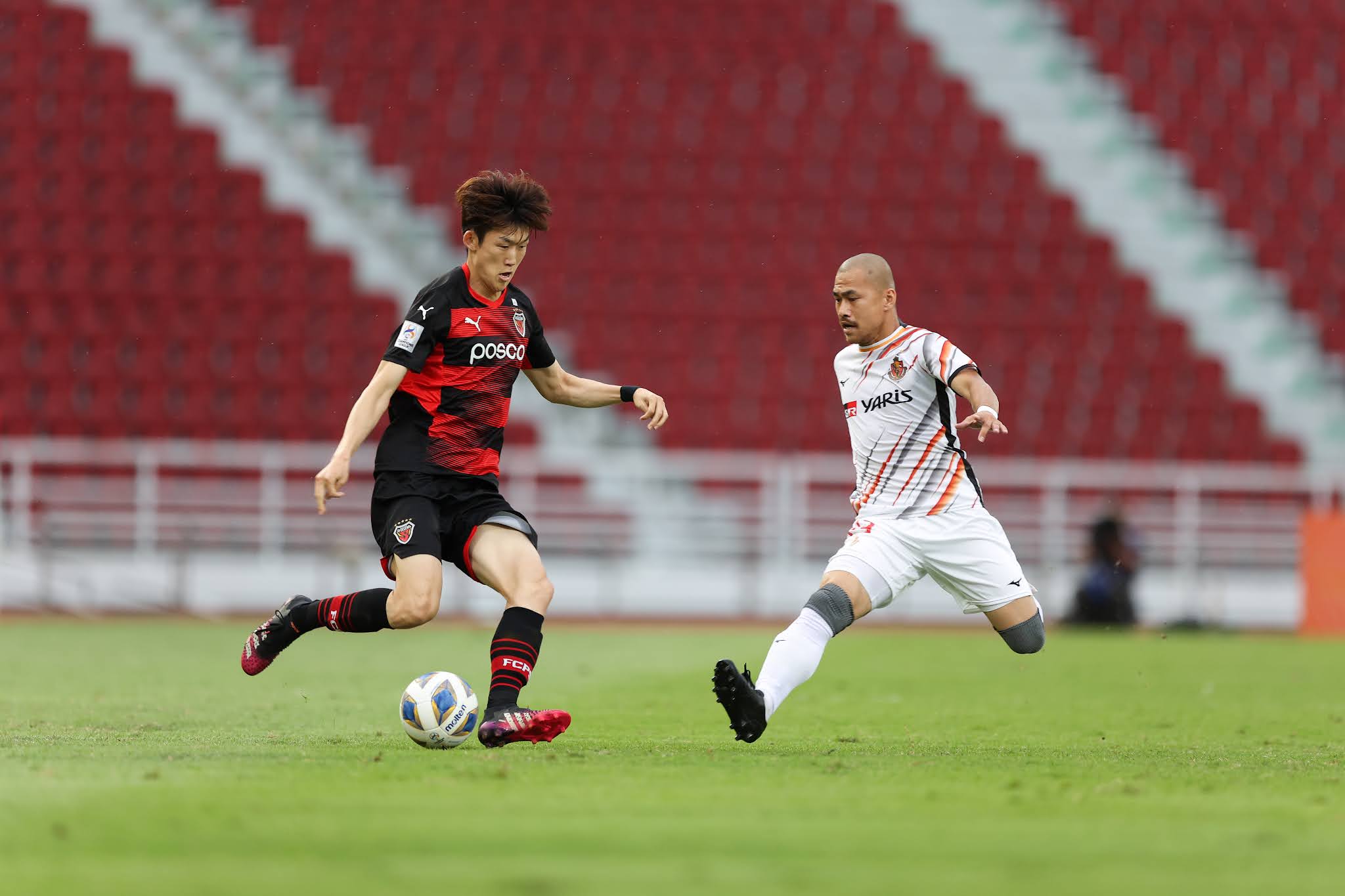 Pohang Steelers will be coming into this match on the back of a thrilling 3-2 away victory over Gwangju FC. Lee Ho-jae came off the bench to score two superb goals for his team. In fact, those were his first senior career goals. However, prior to that, the Steelers had suffered five consecutive league defeats in what was their worst run of form this season. The victory against Gwangju suddenly breathes new life into the Steelers' league campaign. The Steelers are expected to lineup in their preferred 4-2-3-1 setup. The biggest worry for Pohang is the absence of their reliable goalkeeper Kang Hyeon-mu. He hasn't featured in goal in the last four league matches owing to a chronic ankle injury. The scorer of Pohang's equaliser in their previous match against Nagoya, Borys Tashchy, hasn't featured since August and in his absence, Lee Seung-mo has led the line. However, Lee Ho-jae's heroics could see him get a start up front in this crunch clash. Elsewhere, Alex Grant will be back in the centre of defence.
[READ: "We have to set the tone straight away": Alex Grant]

Both teams met each other for the first time this year. They were paired together in Group G of this season's AFC Champions League. Both matches had taken place at the Rajamangala Stadium in Bangkok. The first meeting was a comfortable 3-0 victory for Nagoya. Yoichiro Kakitani had put them in front before Shin Kwang-hoon was given his marching orders. Mateus then came off the bench to score a brace and give his team all three points. Pohang and Nagoya faced each other again in the final group game. Naoki Maeda put Nagoya ahead in the 51st minute. With time running out, Borys Tashchy managed to score a crucial equaliser in the 88th minute. The match ultimately ended in a 1-1 draw, with that point proving to be decisive in Pohang reaching the knockout stages. Historically, Pohang have a good record against Japanese opposition and have lost one in 10 against J.League sides, two in 15 with eight wins.

[READ: "It's our turn to win and get payback": Kang Sang-woo] 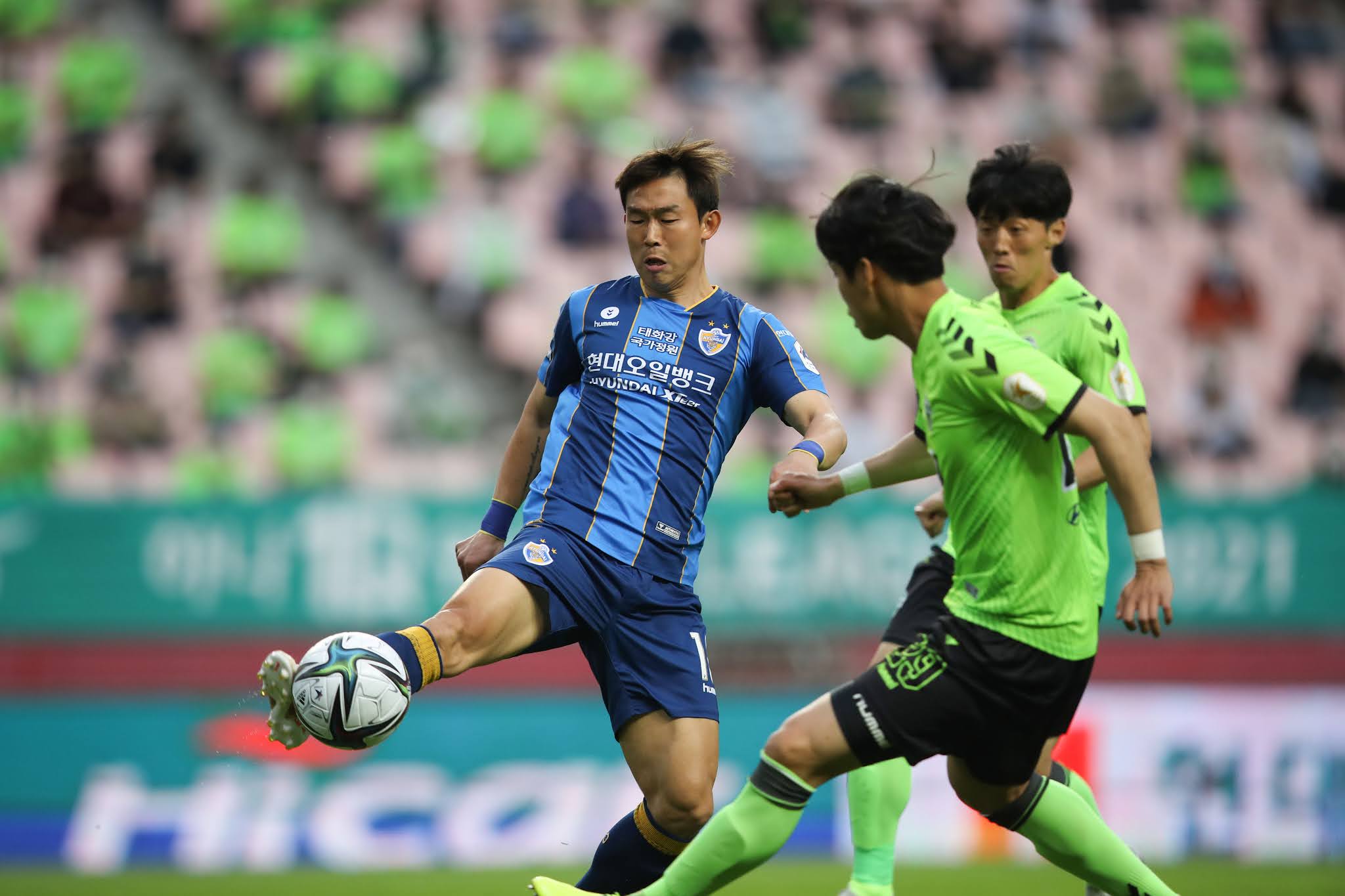 Jeonbuk's record against K League opposition in the AFC Champions League reads played eight, won three and lost five. The most recent was in 2018 when the Green Warriors lost over two legs to Suwon Bluewings, a 3-0 reverse in the first leg was followed up by a 3-0 win the second before losing on penalties. Jeonbuk have played Ulsan in the knockout stages of the competition, meeting the Horangi in the semifinals in 2006 before going on to seal the club's first intercontinental title.
Domestically speaking, Ulsan Hyundai are a side Jeonbuk have lost just once to in their last eleven meetings across in competitions, although they are yet to defeat the Horangi this season with two goalless draws and a 4-2 defeat in Jeonju on the record. Despite that defeat in May, fixtures between these two have been tight and usually decided by a single goal, with both sides reluctant to show their hands early on.
[READ: "You must beat every team that you face": Stanislav Iljutcenko]
Jeonbuk head into this fixture on the back of four straight K League victories, scoring six and conceding once in that time. Manager Kim Sang-sik has been fairly consistent with his team selection recently and it seems unlikely for him to alter too much ahead of Sunday's clash. With Lee Seung-gi having made his return from injury in Jeonbuk's last outing, Lee is expected to start in central midfield with Paik Seung-ho and Kim Bo-kyung, while Song Min-kyu and Moon Seon-min will likely adorn the flanks. With their two strikers Gustavo and Stanislav Iljutcenko both in the top five scorers in K League at present, manager Kim may have some selection issues on who to lead the line, but Gustavo is just one goal from being the joint top-scorer in this competition and could be trusted here.
Ulsan Hyundai, meanwhile, come into this match on the back of a historic 16-match winning streak in this competition and will look to pose questions of the Green Warriors backline through the use of pacey wingers. Lee Dong-jun was not included in Paulo Bento's squad midweek against Iran, but the hopes are he will be fit here to test the likes of Kim Jin-su once more. There are some injury concerns for manager Hong Myung-bo, however, with questions marks hovering over the availability of Won Du-jae, Kim Tae-hwan and Lee Chung-yong, but they could be back in time for this fixture.
[READ: "It is important to play our own game": Hong Jeong-ho ACL Interview]