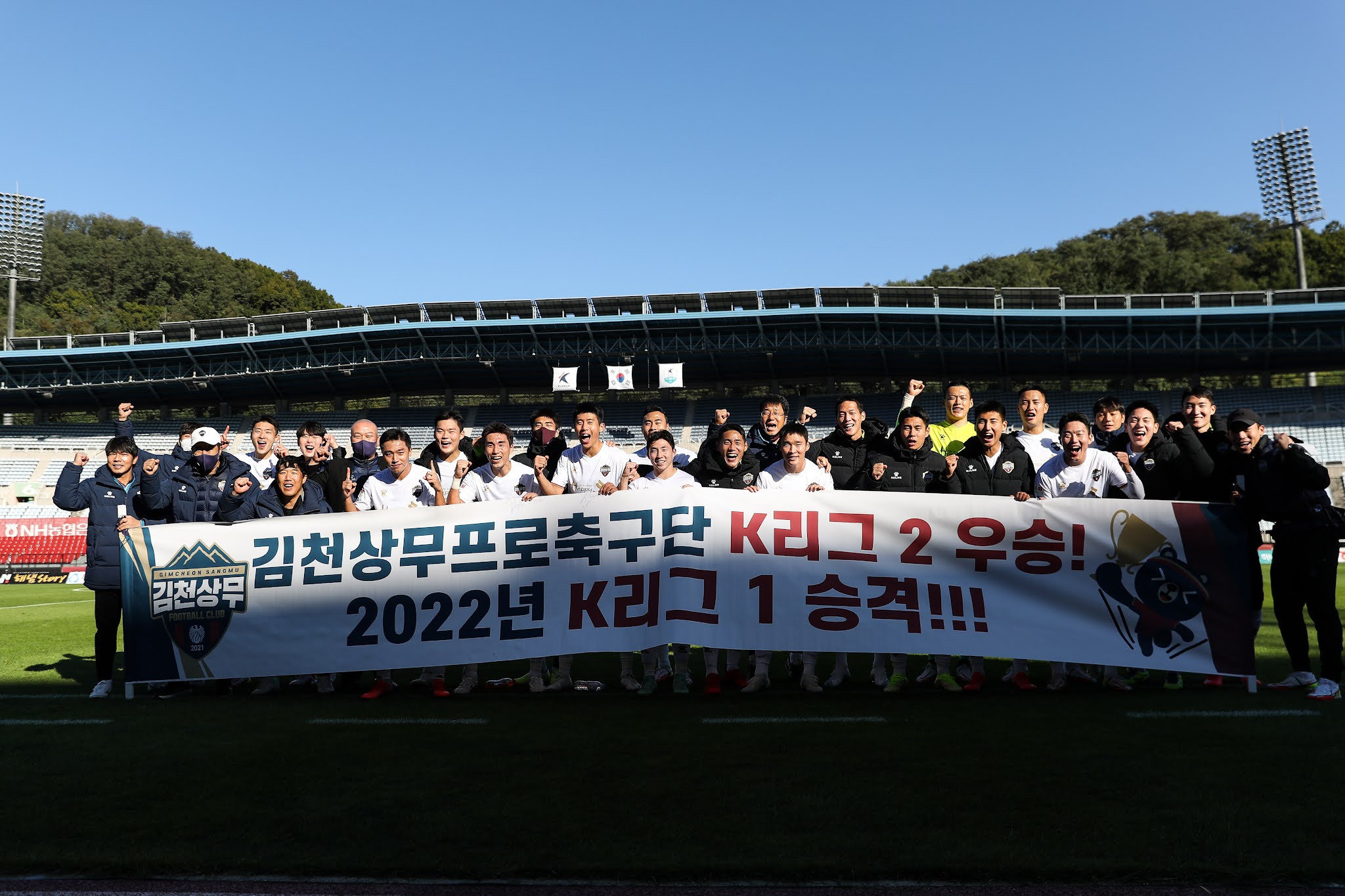 Gimcheon Sangmu have won the 2021 Hana 1Q K League 2 championship and promotion to K League 1 with two games of the season still to spare. A 1-0 away win over Bucheon FC 1995 thanks to a goal from Cho Gue-sung on Sunday 17th October sealed the army team's instant return to the top flight.

The army team's stay in the second tier has proven to be short lived with Kim Tae-wan guiding his Sangmu team back to the first division at the first time of asking.

Gimcheon's promotion-clinching win came on Sunday away to Bucheon FC 1995, what was their 19th of the season. Cho Gue-sung's 58th minute strike, his sixth of the season from 19 starts, sealed it. Cho has a habit of scoring title-winning goals having scored two for parent club Jeonbuk Hyundai Motors in the 2-0 win over Daegu FC last season.

Gimcheon are now on a run of 10 matches unbeaten with nine wins and sit eight points clear with two matches of the season still left to play.

Gimcheon seal the title in their first season with the army side having relocated from the city of Sangju, North Gyeongsang Province. Kim Tae-wan led Sangju to a fourth-place finish in 2020 but due to Sangmu's relocation, had to begin from the second tier but the 2021 K League 2 title is his first trophy as a manager.

This is the third K League 2 title for Sangmu, however, after 2013 and 2015. Gimcheon will be presented with the trophy on Saturday 23rd October after the home fixture with Jeonnam Dragons.

Elsewhere in K League 2, a win for Jeonnam Dragons over Busan IPark confirmed their place in this season's playoffs. FC Anyang, Daejeon Hana Citizen and the Dragons will compete in the K League 2 Promotion/Relegation Playoffs.

The team which finishes second automatically qualifies for the Promotion Final and will face the winners of third versus fourth at home. With two games left and just four points separating second from third, and three points between third and fourth, home advantage is still very much all to play for.