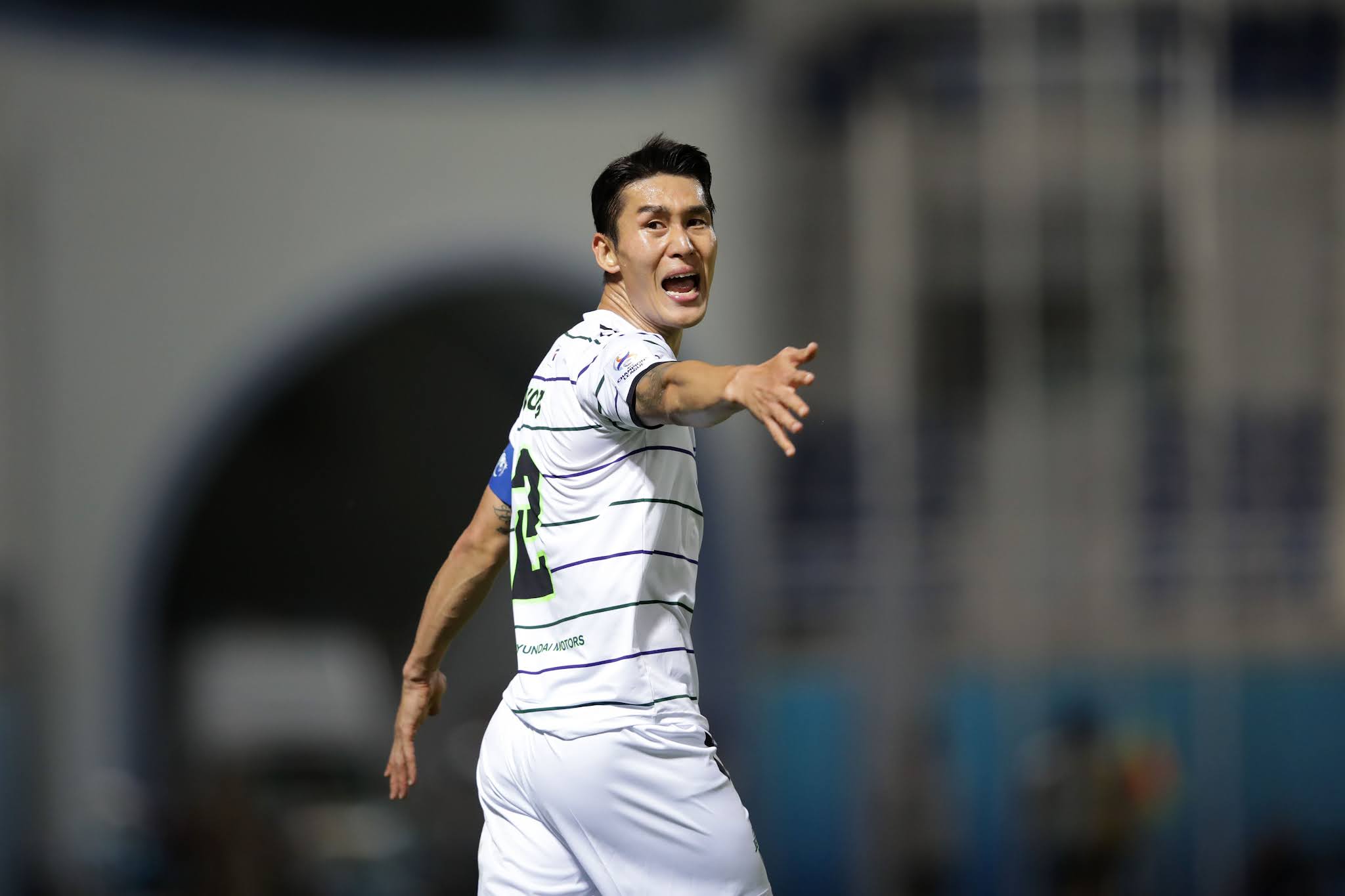 More K League stars in action for their respective countries this week, including several who have travelled to Qatar for South Korea's World Cup qualifier with Iraq.

South Korea picked up a 1-0 home win over UAE last Thursday night with a win that takes the Taeguk Warriors one step closer to the 2022 World Cup Qatar. Four K League players started the match including three of Paulo Bento's back four with Kim Jin-su (Jeonbuk) at left back, Lee Yong (Jeonbuk) at right back and, Kwon Kyung-won (Seongnam) partnering Kim Min-jae at the heart of the defence. Gimcheon Sangmu striker and Cho Gue-sung was given the nod upfront and wore the number nine shirt. Song Min-kyu and Park Ji-soo came off the bench in the second half to make it six K Leaguers.

With Iran beating Lebanon elsewhere on Thursday night, Korea remain second but now have a six-point cushion over Lebanon who sit third. Up next for Paulo Bento and his team Iraq on Tuesday night. Iraq have drawn their last three matches and have, so far, been unable to pick up a third-round Asian qualifier win. Last time out, Iraq drew 1-1 with Syria in a game that saw them fire in a late penalty to salvage a draw. Amir Al-Ammari with the goal on 86 minutes after Omar Al Somah had given Syria a 79th-minute lead.

Unbeaten in five now, South Korea will take on Iraq in Qatar. The last meeting between the two sides ended 0-0 back in September. The previous meeting before that also ended 0-0 when the two teams met in a friendly in June 2017. Overall, there have been seven meetings with Korea picking up three wins to Iraq's two and two draws.

Georgia, meanwhile, picked up a huge win over Sweden, the leaders of Group B in World Cup Qualification Europe. Ulsan Hyundai's Valeri Qazaishvili came off the bench in the 80th minute to help see out the win. Georgia are already eliminated from World Cup qualification and are now looking to finish in the highest possible position in the group as they can. On Monday night Georgia take on Uzbekistan meaning there is a potential K League derby as Daejeon Hana Citizen's Ikromjon Alibaev has been called up to the White Wolves squad.

Doneil Henry was an unused substitute in Canada's 1-0 win over Costa Rica on Saturday. Les Rouges are in action again this Wednesday (17th), taking on Mexico. Canada sit third in the group, occupying the last World Cup qualification place but are only a point behind Mexico and two above Panama in fourth who currently occupy the only playoff position. Canada are looking to qualify for a first World Cup since 1986 and have five games left in order to do so.

Gangwon FC's Momchil Tsvetanov was an unused substitute for Bulgaria's 1-1 friendly draw with Ukraine on Friday but will be hoping to earn a seventh cap in the World Cup qualification match with Switzerland on Tuesday. Bulgaria are fourth in Group C and have already been knocked out but can finish third should results go their way in the remaining matches.