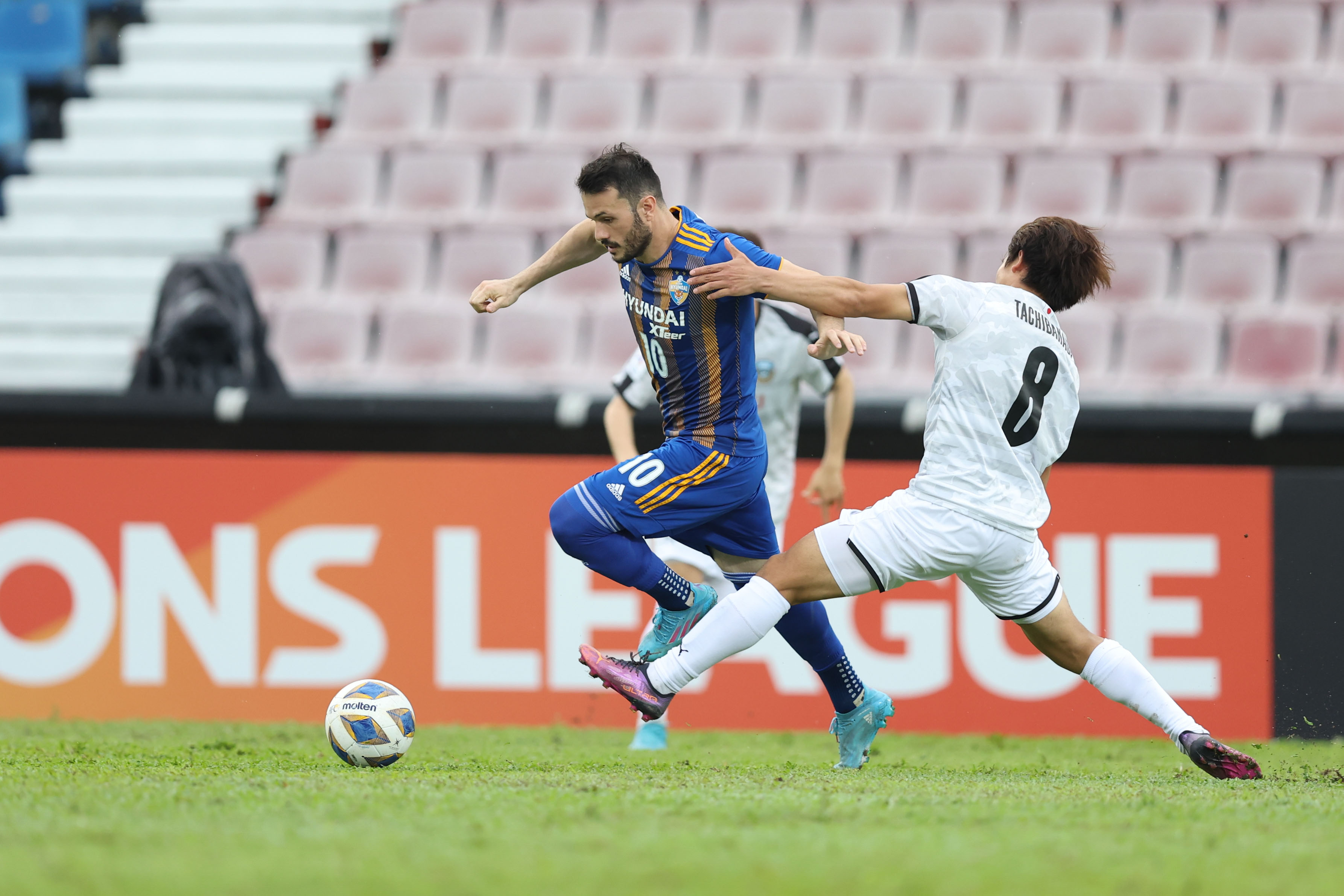 Matchday Five got off to a flying start for K League clubs as all three participants won on Wednesday night, as Ulsan Hyundai bested Kawasaki Frontale to solidify their chances for a spot in the knockout phase, while Daegu FC dispatched Shandong Taishan to go top of Group F. Jeonnam Dragons kept their hat in the ring with a victory over United City. Jeonbuk Hyundai maintained their unbeaten run in the group stage with a win over Sydney FC, setting up a clash for first place against Yokohama F Marinos. 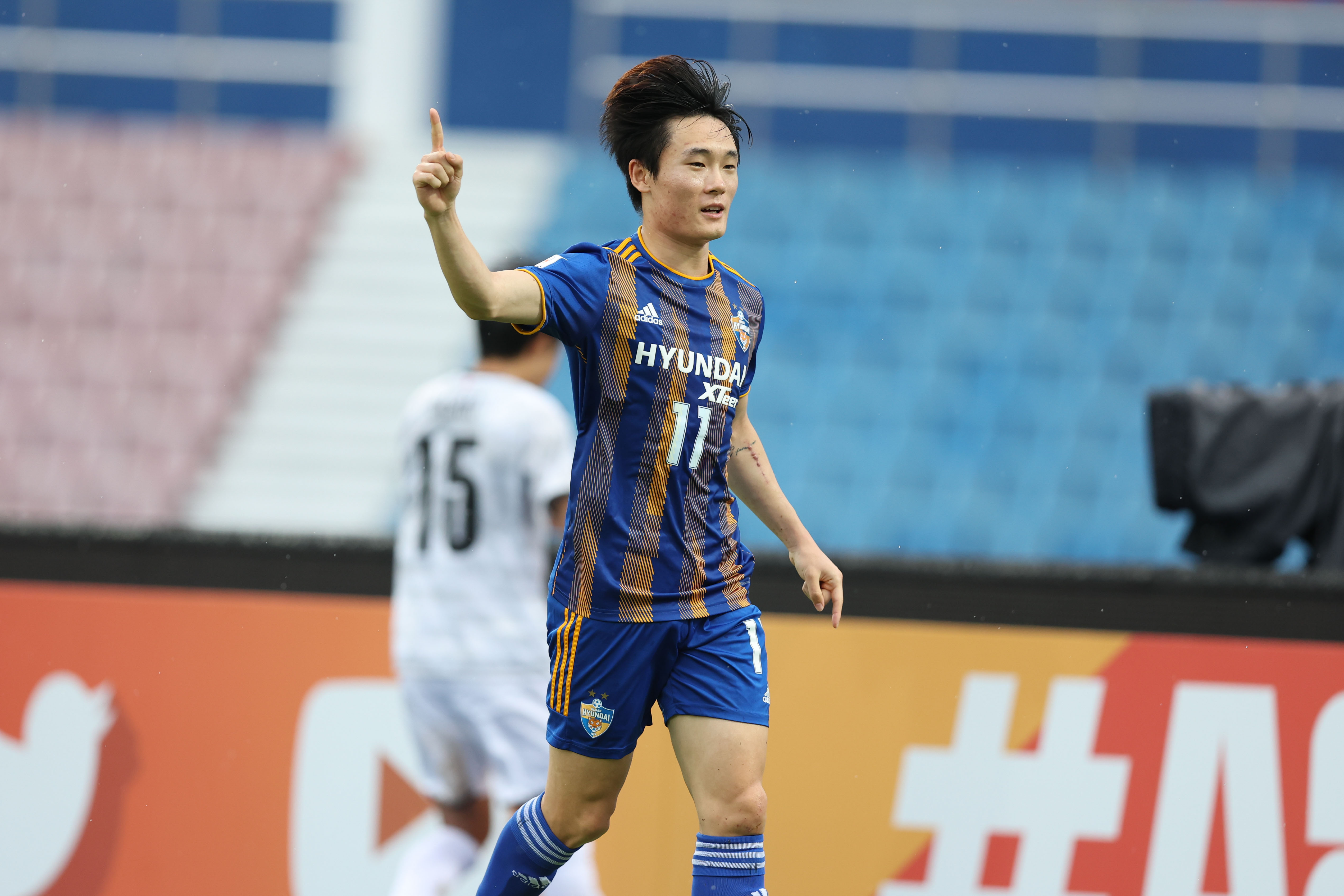 Heading into the final matchday, this beckons as one of the penultimate ties to be played as both sides enter the final lap in the group stage level on points, knowing that even the slightest slip up could be costly. Ulsan will be looking to exact a measure of revenge after losing to the Malaysian outfit on Matchday Two. For that to happen, they will look to Leonardo to once again be the go-to man up front. He has netted three goals (including the qualifying round) and also provided two assists in the victory over Kawasaki Frontale last time out.
Things could have been much different had it not been for Jo Hyeon-woo, who had to make several key stops to preserve the result. The Horangi need to perform better at the back if they are to come away with the result needed for them to progress to the next phase of the competition. Leandro Damião was a handful for them, as the Brazilian scored twice, including in second-half injury time to cut the deficit to a goal. Things will get no easier as they will have to contend with Bérgson, who has been in fine form in this year's competition, and who also scored against Ulsan in their previous win. The result at the final whistle will be telling - if it ends in a draw and Kawasaki prevail over Guangzhou FC, which for all intents and purposes is to be expected, the Malaysian side will likely bow out, so both teams will be all in for the final group encounter.
[READ: "Another season, another chance" Vako Qazaishvili ]

Jeonnam Dragons are still alive for a place in the knockout stage following their 2-0 win over United City in their previous match. Goals from Leonard Pllana and Park In-hyeok sealed the result for last season's Korean FA Cup winners, who would still need significant help in the form of a United City victory over Melbourne City to have a chance of moving on. Jeonnam will also be looking to avenge their loss to the Thai club, a 2-0 setback on Matchday Two.
Jeonnam have not played badly in this year's competition, having only conceded five goals in their five matches to date, but they will need goals to propel them forward, having only scored five times over the same span. Pllana, who has been instrumental in both of their victories thus far, will once again be a key figure for Jeon Kyung-jun's men if they are to have any chance of getting a result from the match. The group leaders will want to emerge from the group as winners, so both teams still have everything to play for.
[READ: "We are going there to take first spot": Nika Kacharava & Leonard Pllana]

Daegu FC have a chance to make club history with a win over Lion City Sailors when they meet for the second time on Saturday night. They currently sit top of Group F and should they gain victory, it would be the first time ever for them to place first in the group stage of the Champions League. A 4-0 win over Shandong Taishan in their last match gives them the momentum they need to seal first place in their section and progress to the Round of 16, matching their best showing from last season, where they bowed out to J. League side Nagoya Grampus.
Four different names were on the scoresheet last time out, as Zeca led the way with his fifth goal of the competition, which he scored inside the first ten minutes of the match. Hong Jeong-woon, Lee Keun-ho, and Oh Hoo-sung also contributed to the effort. Several key players were rested early so they could be fresh for the final group match, so Alexandre Gama should have no concerns with regard to his lineup selection. While they need just a point to progress, the Sky Blues would like to set the record straight, having lost to their opponents previously.
It is also noteworthy that Sailors' manager Kim Do-hoon has had a successful record against Daegu in his career dating back to his time at Ulsan Hyundai. In seventeen career matches on the touchline against them, he has nine wins, five draws, and only three losses. He will want to continue his success and will have to if his new club has any chance, however slim, of moving on in the competition.
[READ: "In ACL the goal is to be champion, we are no different" - Cesinha]

Jeonbuk Hyundai Motors head into their final group match against Yokohama F Marinos with a psychological edge, having already beaten the Japanese side in this year's competition. Things could have been much more difficult, however, as they fell behind late in the first half against Sydney FC courtesy of an Adam Le Fondre header, just five minutes before halftime. Han Kyo-won would level matters four minutes after the restart. Jeonbuk's striking duo of Stanislav Iljutcenko and Gustavo then scored eleven minutes apart later in the half to seal the result, although Patrick Wood did pull one back for the Australian side in the first minute of second-half stoppage time.
Yokohama have been almost flawless in the group phase this year, coming off a 2-0 victory over Vietnam's Hoàng Anh Gia Lai, getting goals in each half, thanks to a penalty strike from Marcos Júnior in the first half and a Shinnosuke Hatanaka header with less than ten minutes to play to claim all three points to remain in pole position in Group H. They have been difficult to break down defensively, having conceded just twice in their first five matches, one of those goals being Iljutcenko's penalty winner on Matchday Two.
Even if it is guaranteed that both sides will progress to the Round of 16 regardless of the result, there is still a lot for both to play for. Both will want to come away as group winners at the final whistle, and it is another chapter waiting to be written in the continental football rivalry between South Korean and Japanese clubs. Nuances and execution will determine the outcome, as is usually the case in such tightly contested matches. It will be the sixth head-to-head match between the two, with Jeonbuk winning twice and Yokohama on three occasions. Jeonbuk have scored seven goals in those matches, while Yokohama have done one better with eight. Yokohama won both group stage matches two years ago. Having won once this time around, is it Jeonbuk's turn to repay the favor? Sunday night will provide the conclusion.
[READ: "We're the best team in Asia." - Jeonbuk Hyundai Motors' Paik Seung-ho]
Branko Belan
K League United Senior Columnist
다음 글 2022 Hana 1Q K League 2 Round 13 Preview
이전 글 K League in ACL 2022 Matchday 5 Preview
K LEAGUE